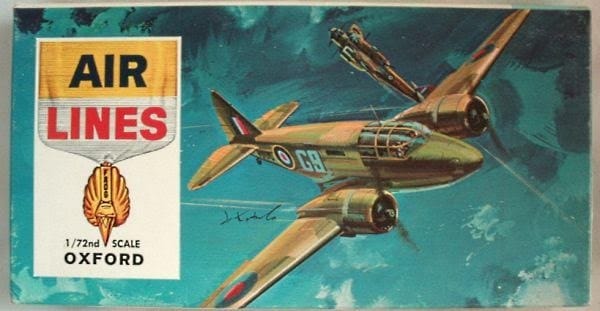 The Oxford was evolved from the Airspeed Envoy civil transport. It first went into service in the Royal Air Force as an Advanced Trainer in January, 1939. The Oxford was also built by the DeHavilland Aircraft Co.Ltd., Percival Aircraft Ltd., and the Standard Motor Co. Ltd. The total number produced being over 8,000.

Oxfords were also used in Service Flying Schools in the United Kingdom, Canada, Australia, New Zealand, Southern Rhodesia and the Middle East. It was also employed on light transport and communications duties.

​Air Lines is Lines Bros., once based in New York, NY.

This kit came in a tray and lid type box in which the tray and lid are hinged together. It was not shrink wrapped but held shut with strips of Scotch tape.

As small as the box is, it is still blousey with a letter "L" void around the parts. I thought they were rattling around too much, so I put them all into a zip-lock type sandwich bag.

The box art shows an Oxford flying above the clouds, with a Boston flying in the opposite direction.

The Oxford is in a wave pattern of dark green and light earth over a yellow undercarraige. It carries a white fuselage code of (roundel) 69 and a black serial no. E170 under the elevators.
One side panel has a color side profile of the box  art subject.

The box bottom has two color COLLECTOR'S Cards for a Hotspur II Training Glider (kit no. 7904) and a Macchi M.C. 202 Folgore Fighter (kit no. 3903) next to a mail-in coupon for the free kit offer. 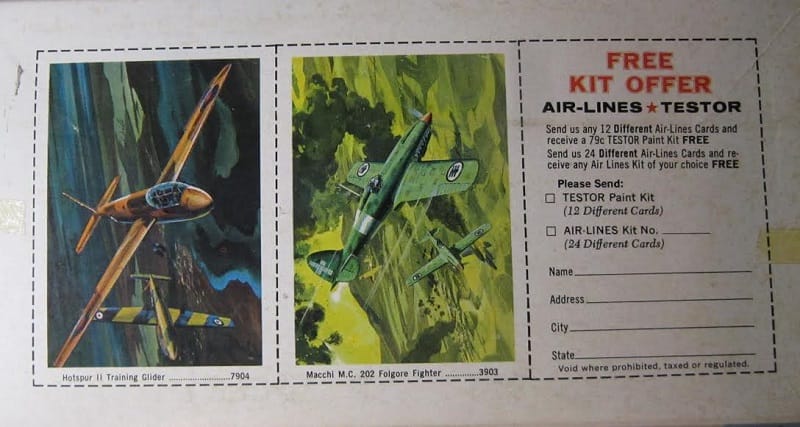 The instructions consist of a single sheet printed on both sides in 8" x 6" page format.

The face side of the instructions has a lone assembly drawing with text to walk modelers through the build.

The reverse side of the sheet has the history of the Oxford and a 3-view of the box art scheme, which further shows the fuselage code ED170 being also under both wings. 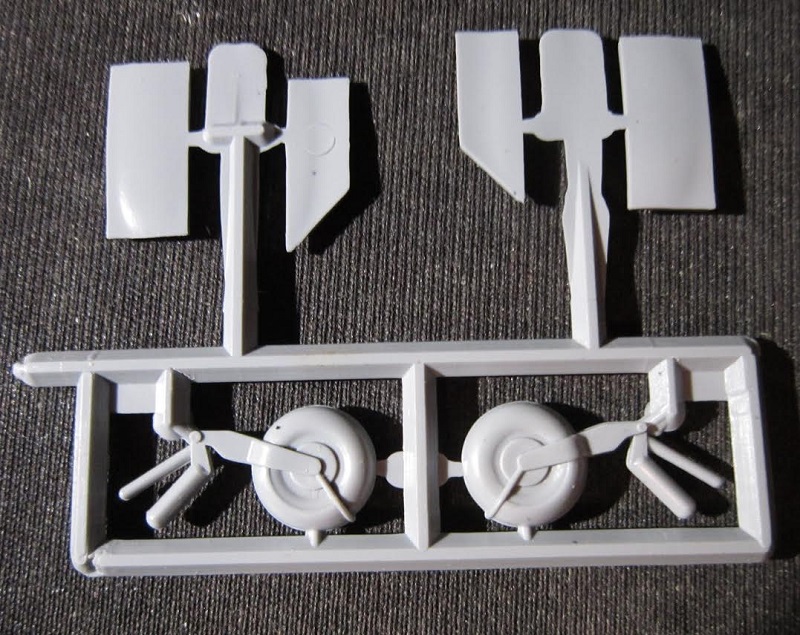 ​Next are the loose medium-grey wings and fuselage halves. 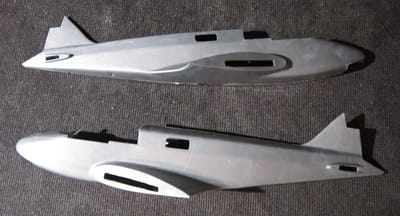 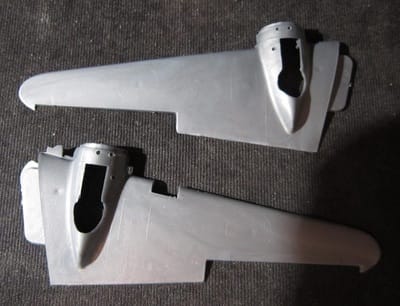 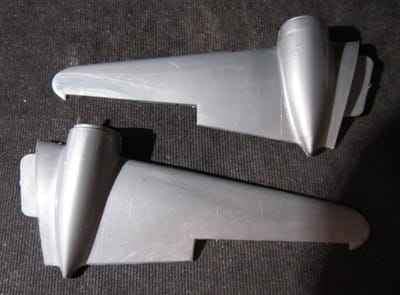 The decals and painting guide complete the kit. 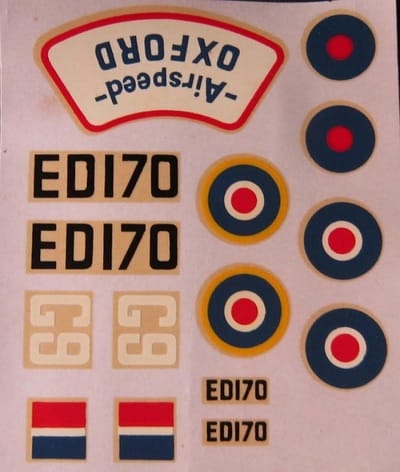 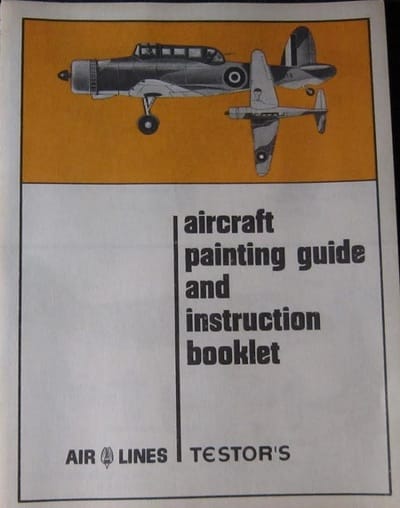 Parts trees are all loose and not cello bagged. Trees are not alphabetized and not illustrated in the instructions. There are no part number tabs next to the parts on the trees. Bad move Air Lines.

This is a nice old kit of a British trainer.