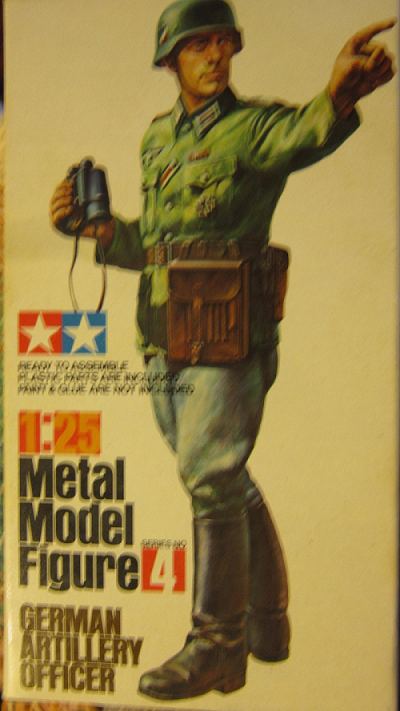 OUT OF PRODUCTION
​This figure represents an artillery officer of the Wehrmacht in WWII. The box art shows a second Lieutenant, but you can convert this figure into an officer of another arm by changing the collar patches and shoulder straps.

The battle dress is of the year 1936 issue and the helmet is of the 1935 vintage. Both of which were used until the end of the war.

Dark grey trousers were originally worn, but in 1942 they began to be gradually replaced by field grey ones.
​THE KIT:

This kit came in shrink-wrapped end-opening type box that has an inner tray holding the parts.

The box art shows an artillery officer pointing with his left arm and holding a pair of binoculars in his right hand. He wears dark-grey jodphur pants, field-grey blouse and steel helmet, has brown leather pouches on his belt and wears black jack boots.

The box art says some parts are metal, the rest are plastic.

The bottom of the box is the color guide showing the figure and insignia.
​One side panel shows color box arts of 2 other figure kits that Tamiya manufactures: a German machine gun gunner and a German Wehrmacht Squad Leader (no kit numbers are shown for these 2), over MRC (Model Rectifier Corp.) address in Edison, NJ.

​They were the importer and distributor of Tamiya in the 80's.

The other side panel has features of the kit:

"Dynamic sharpness and superb characteristics which metal die casting only can give. The solidity and weight of these Tamiya figures make them truly unique.
​This series of die cast figures modeled in action poses of soldiers of various countries. Reduction to 1/25th scale gives a convenient size for painting and embellishment.

These figures add new dimensions to the great hobby of military modeling."

​One end-flap of the box has a color illustration of a second lieutenant's  and officer's shoulder boards.

​The other end-flap has a color illustration of a steel helmet and it's insignia.

​The slide-out tray inside has 2 compartments in it.

One holds a self-adhering name sticker and a green tree of plastic parts in a stapled-shut clear cello bag.

The other compartment holds the white-metal parts of the figure.

There is no decal sheet included to do the shoulder boards. However, I have a set of Archer dry transfers of those I can use. 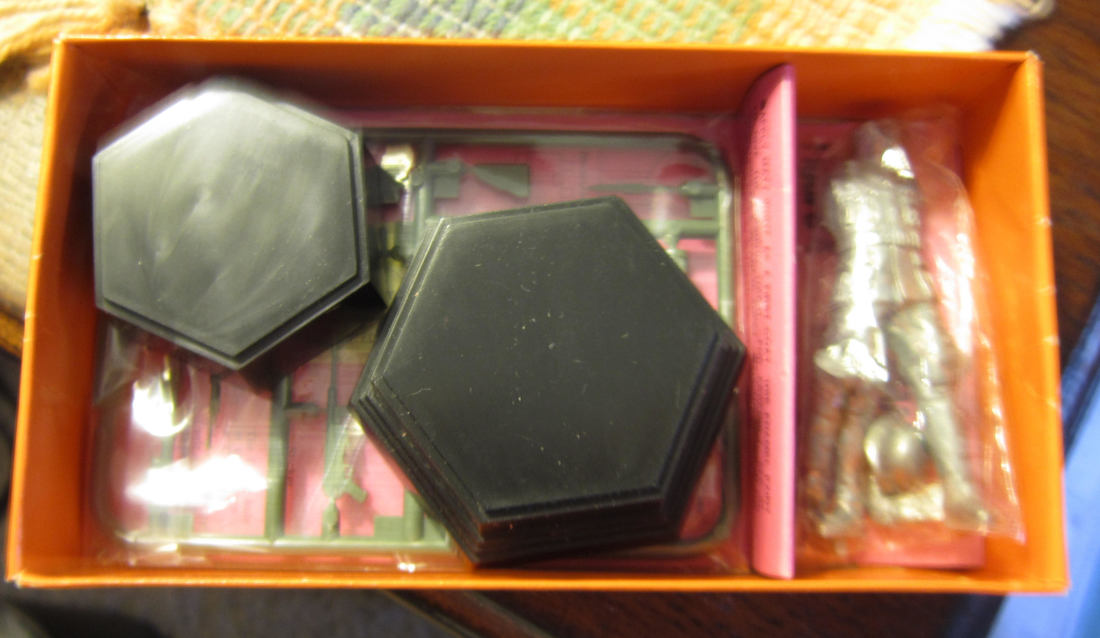 ​The metal figure is divided into full body, separate arms and helmet. 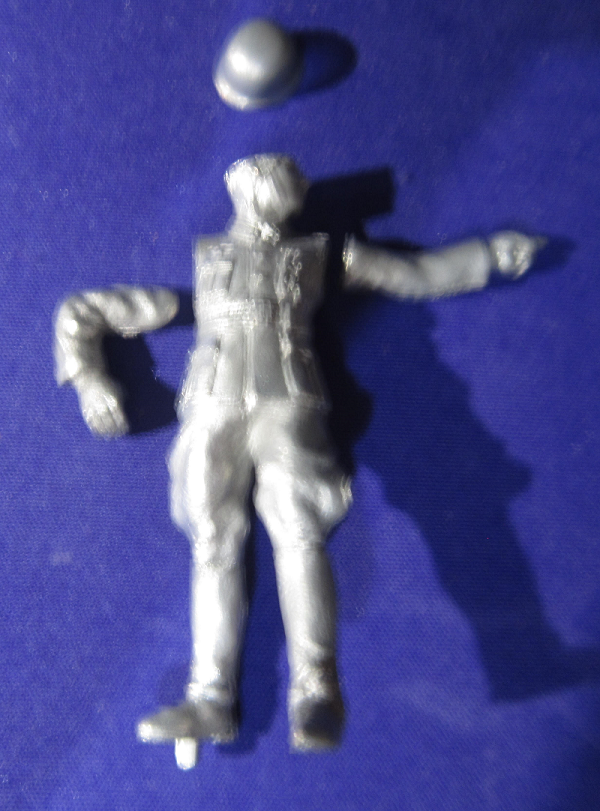 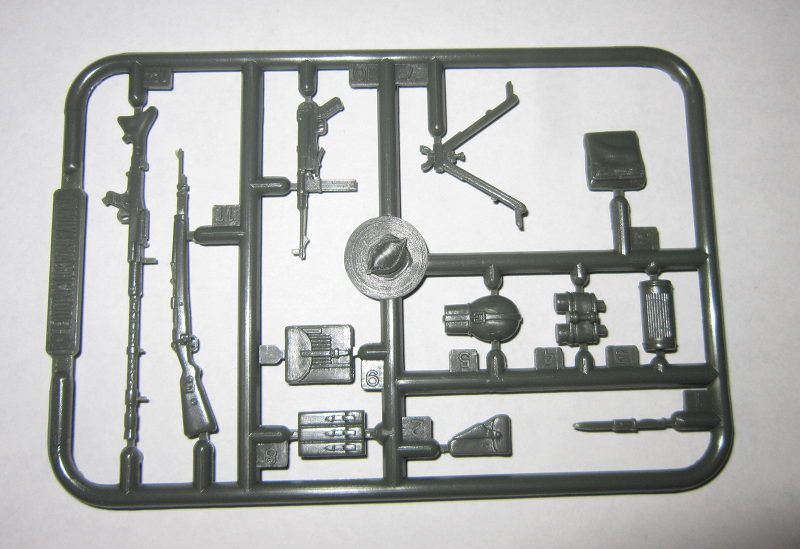 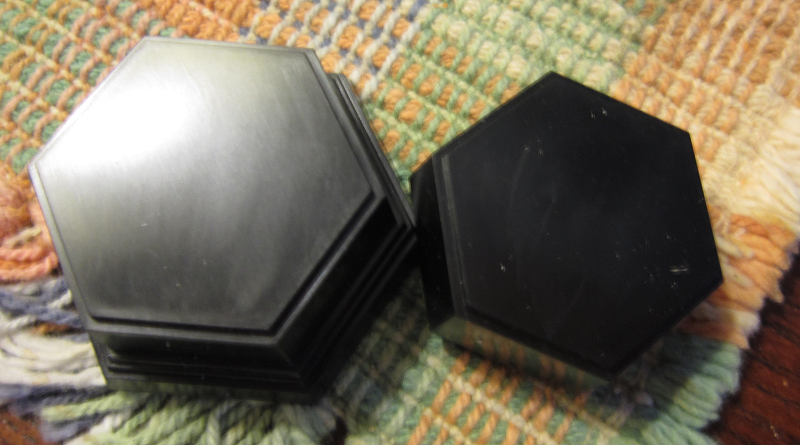 ​The instructions consist of a single-sheet, printed on both sides on slick coated stock and folded twice to fit the box.

Assembly and painting instructions on this sheet is mostly text.

This is a neat figure with good detail.
​Recommended.