My kit has a copyright date of 1959. Hawk re-released it again in the 1980's. Hawk went out of business and their molds are now owned by Round 2 model company who still uses the Hawk name on kits.
​HISTORY:

The Corsair series of aircraft had their beginning back in 1938. The design was first flown in 1940 and in one of its early trials flew over a speed course at 405 mph.

The aircraft made a name for itself during World War II. Japanese forces called the Corsair "Whistling Death". Many Marine and Navy aces flew the Corsair. By the end of World War II, the Corsair had knocked from the skies 2,140 ememy aircraft, against a loss of 189 Corsairs.

When the jet age arrived, the Corsair refused to retire. The Korean War found Coursairs valuable as ground-support aircraft. Even the vaunted Mig-15 jet has been knocked from the skies by the "U-bird".

A grand total of 12,571 Corsairs have been built. The long life of the design is attributed to the combination of airplane, the Pratt & Whitney R-2800 engine, and the Hamilton Standard hydromatic propeller. It is this team that has combined to form an airplane that will be long remembered....the Corsair by Chance-Vought Aircraft.

Hawk is an old model company that once produced a lot of different models. Predominately car models. They went out of business in the 80's I think and Round 2 now sells a few of their old models.

The box art shows 2 Corsairs flying over a lot of flames and explosions. The one in the foreground is firing its wing guns.

It is overall white with a black anti-glare panel in front of the windscreen and black stripes across the upper wing and the large black word MARINES on top of the right wing. Marines is repeated in black again on the fuselage sides just behind the U.S. star with bars insignia. On the rudder is the black word QUANTICO over serial no. 9378.

The other Corsair in the background is too tiny to see anything other than it too is white and has MARINES above the right wing.

The side panels of the box have color box arts of 5 other model kits that Hawk once marketed: a T-6 Texan, a kit of 3 rockets, a Douglas Dauntless SBD-5, a Republic Thunderstreak F-84F, and a Spad XIII. No kit numbers or scales are shown for these 5.
​WHAT'S IN THE BOX:

The instructions consist of a single sheet printed on both sides and in 8 1/2" x 11" page format, folded twice to fit the box.

Parts in the box are not cello bagged.

One side of the instruction sheet has a 4 view of the Corsair in the box art scheme, with the history of the aircraft

The other side of the sheet is really DIFFERENT. It has 11 grainy black and white photos of the model that each progress throught the assembly of the model. Each photo has captions below it telling what to do.

The first white tree holds: the cowling, drop tank halves, bombs and a elevator half. The other half of the elevator is missing in my kit...sigh. (7 parts) 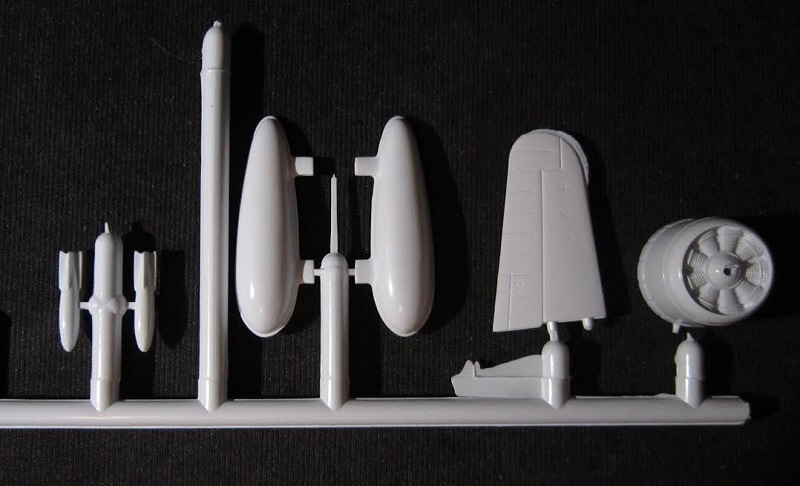 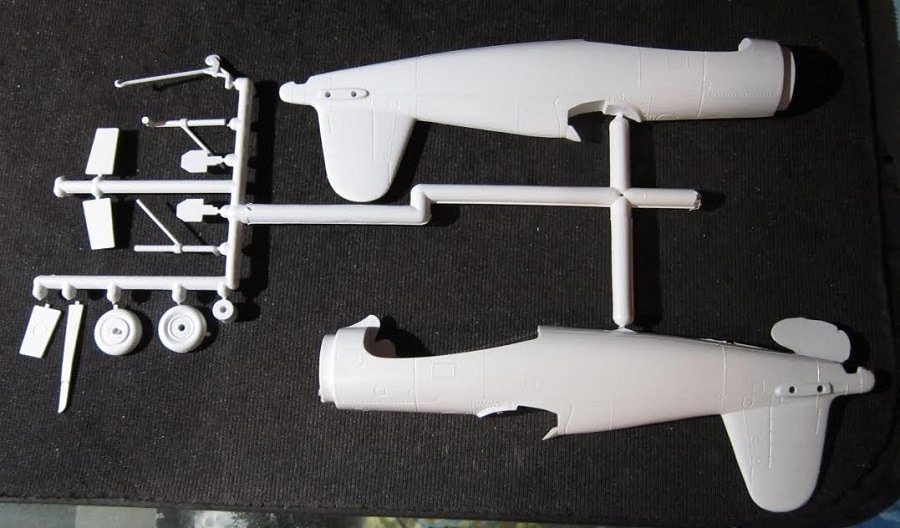 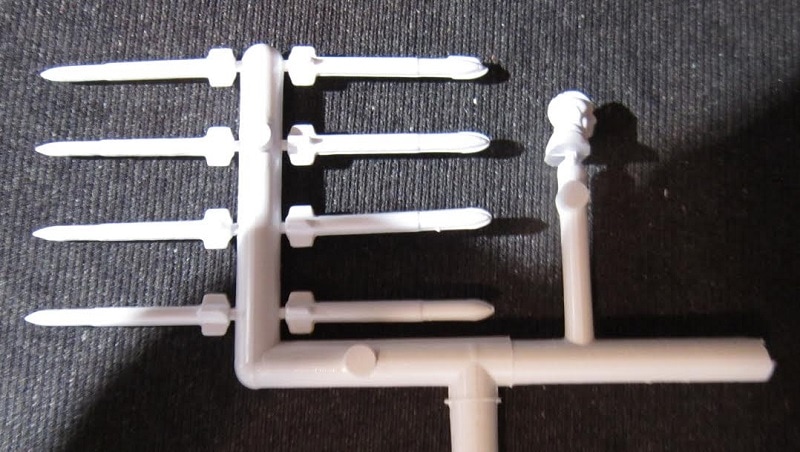 ​The 2 loose white wing halves and propeller is next. 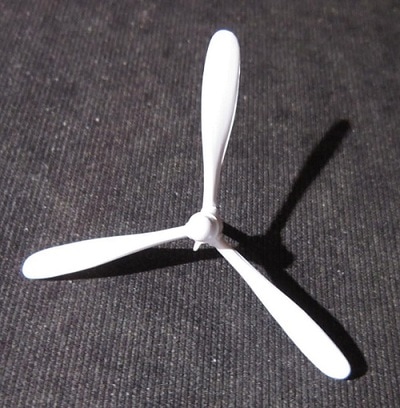 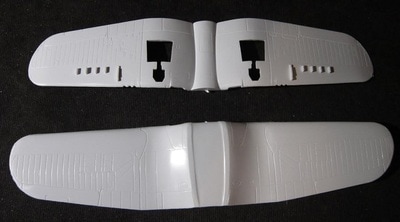 ​The clear part is the one piece of the cockpit canopy. 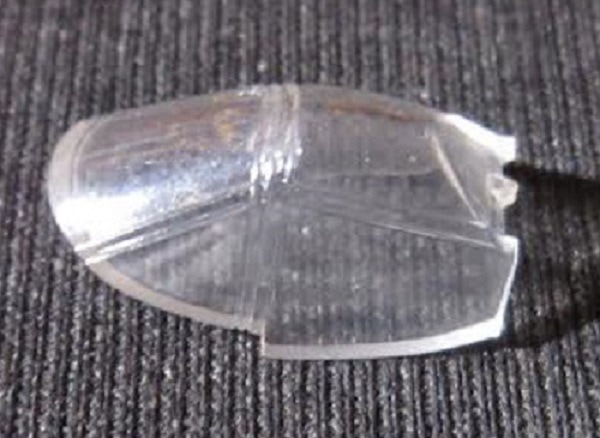 This is a nice kit for being over 60 years old.

Control surfaces are molded solid, cockpit is shut and panel lines are of the raised variety.
I bought my kit many moons ago for under 2 bucks.
​I am willing to sell it for reasonable offer from a modeler who can live with the one elevator being missing. One can possibly be made from sheet stock ?