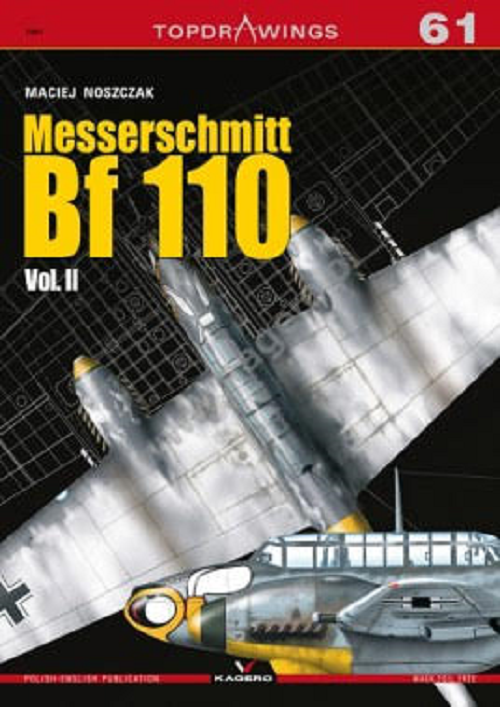 The Messerschmitt Bf 110, often known unofficially as the Me 110, is a twin-engine heavy fighter (Zerstörer—German for "Destroyer") and fighter-bomber (Jagdbomber or Jabo) developed in Nazi Germany in the 1930s and used by the Luftwaffe during World War II.

Development work on an improved type to replace the Bf 110, the Messerschmitt Me 210 began before the war started, but its teething troubles from its aerodynamics resulted in the Bf 110 soldiering on until the end of the war in various roles, alongside its replacements, the Me 210 and the significantly improved Me 410 Hornisse.

The Bf 110 served with considerable initial success in the early campaigns in Poland, Norway and France. The primary weakness of the Bf 110 was its lack of agility in the air, although this could be mitigated with the correct tactics.

This weakness was exploited when flying as close escort to German bombers during the Battle of Britain. When British bombers began targeting German territory with nightly raids, some Bf 110-equipped units were withdrawn and redeployed as night fighters, a role to which the aircraft was well suited.

After the Battle of Britain the Bf 110 enjoyed a successful period as an air superiority fighter and strike aircraft in other theatres, and defended Germany from strategic air attack by day against the USAAF's 8th Air Force, until a major change in American fighter tactics rendered them increasingly vulnerable to developing American air supremacy over the Reich as 1944 began.

During the Balkans Campaign, North African Campaign and on the Eastern Front, it rendered valuable ground support to the German Army as a potent fighter-bomber. Later in the war, it was developed into a formidable radar-equipped night fighter, becoming the major night-fighting aircraft of the Luftwaffe.

Most of the German night fighter aces flew the Bf 110 at some point during their combat careers, and the top night fighter ace of all time, Major Heinz-Wolfgang Schnaufer, flew it exclusively and claimed 121 victories in 164 combat missions.

For 1/48th scale line drawings there are:

The other large fold-out sheet has 9 line-drawings of Bf-110E and F variants in 1/48th scale.

This book will be of tremendous help to modelers of the Bf-110 as well as if interest to military aviation buffs.

I want to thank Casemate Publishing, who is the N.American distributor of Kagero books, and the folks at Kagero, for this sample.

All kagero titles can be viewed on Casemates site at: