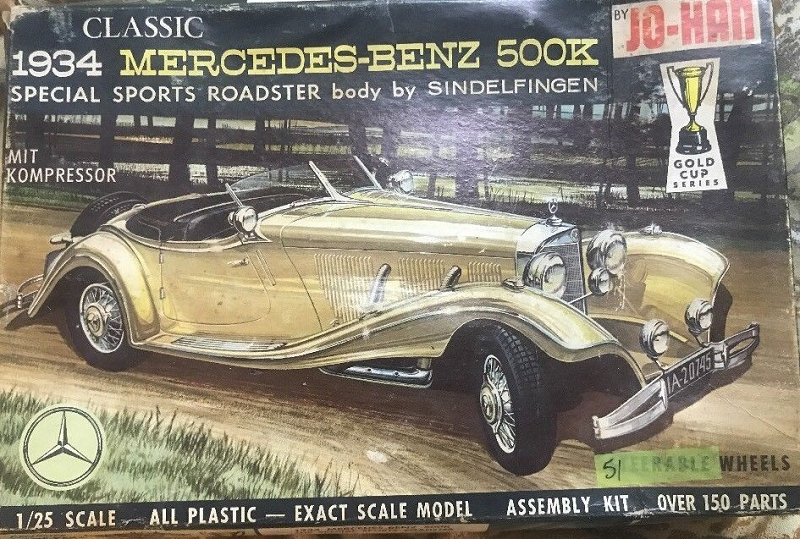 Kit no. GC234
By Ray Mehlberger

Distinguished from the 500 sedan by the "K" in its name, which donated the kompressor (supercharger) only fitted to the sports cars. It succeeded the Mercedes-Benz 380 which had been introduced only the previous year, using a larger, more powerful engine and more opulent coachwork to meet customer's demands for greater luxury and performance.

The 500K used the same independent suspension setup as had been introduced on the 380, with a double wishbone front axle, double-joint swing axle at the rear, and separate wheel location, coil springs and damping, a world first.

Consequently, it was a more comfortable and better handling car than Mercedes' previous S/SS/SSK generation of roadsters from the 1920's, and offered greater appeal to buyers, particularly the growing number of well-heeled female drivers of the time.

Three different chassis and eight bodies were available for customers; the two longer "B" and "C" four seat cabriolet versions rode on a wheelbase of 3,290 mm (117.3 in.), and would later be used on other sedan and touring car models.
The short "A" chassis, with a 2,980 mm (117.3 in.) wheelbase, underpinned the two-seat models: the Motorway Courier, and the 1936 Special Roadster, which offered the highest performance.

All models featured such advanced equipment as safety glass, hydraulic brakes, and a 12-volt electrical system, sufficient to bear the load of the electric windscreen wipers, door locks, and indicators.

342 500Ks were built during its two years in production, including 29 Special Roadsters, before being replaced by the even more powerful 540K in 1936.

Today, they remain highly prized for their heritage and scarcity; when the car collection of Formula One Supremo Bernie Ecclestone was auctioned in October 1007, it included five pre-war Mercedes, and his 500K Special Cabriolet fetched almost 700,00 pounds (U.S. $1.45 million).
​THE KIT:

This kit came in a shrink-wrapped tray and lid type box.
Jo Han was a model company based in Detroit, Mich. I think they went out of business.

The box art shows a Mercedes 500K parked on a dirt road in the woods. It is overall gold in color with black interior.

​The other side panel has an illustration of how the FRAME-PAK version of parts trees goes together: no rubbing or scratching of parts, every part securely locked in frames, every frame held in position, no breakage, parts evenly distributed, easy location of all parts, all parts numbered, virtually tamper proof.

This is followed by a one paragraph history of the Mercedes 500K over Jo Han's address in Detroit, Mich. Two illustrations show the super detailed engine and chassis and the operating rumble seat.

Trees are not alphabetized or illustrated in the instructions. They do have part number tabs next to the parts on them however.

The instructions consists of a single sheet, printed on both sides in 15" x 8 1/2" format.

The face side begins with READ BEFORE YOU BEGIN instructions over the first 3 assembly instructions. A lot of text accompanies these steps.

The reverse side gives a balance of a total of 5 assembly steps over painting instructions.

The first jet black tree held engine and some chassis parts and some shift levers, which I have removed and started assembly of. (17 parts) 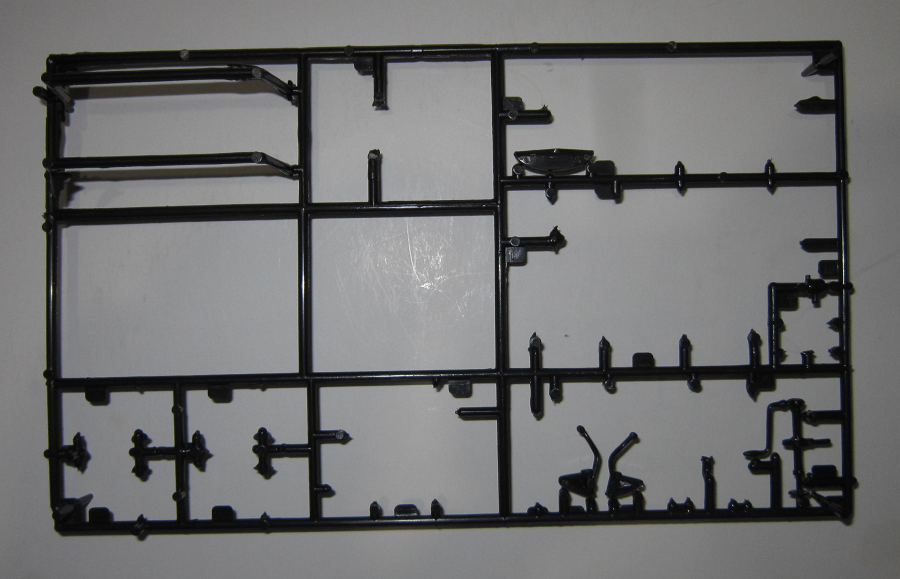 Another black tree contains the top and front seats. 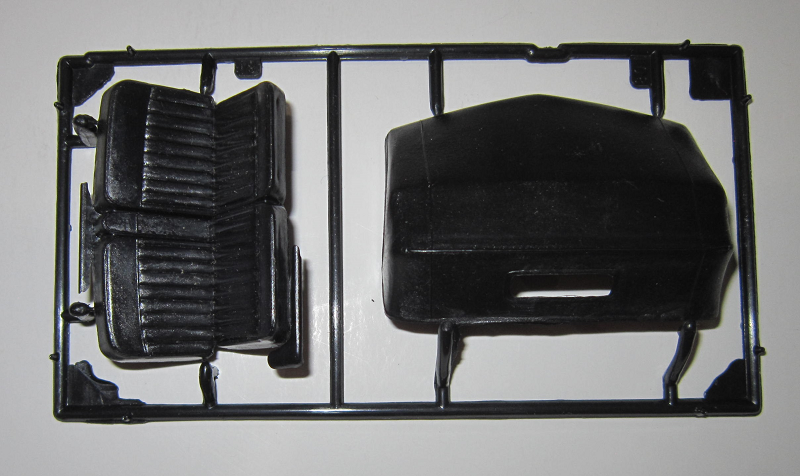 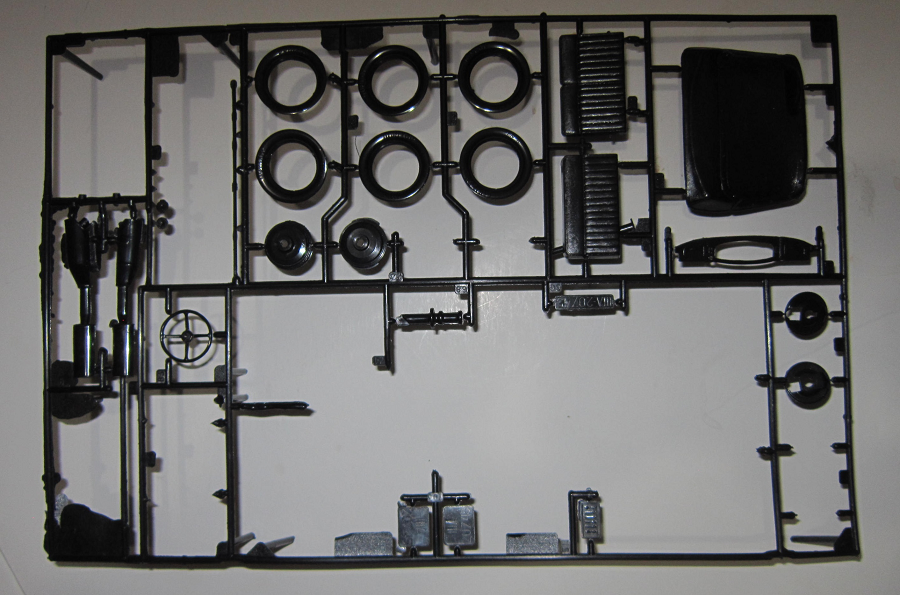 This is the assembled engine and chassis from the two black trees. 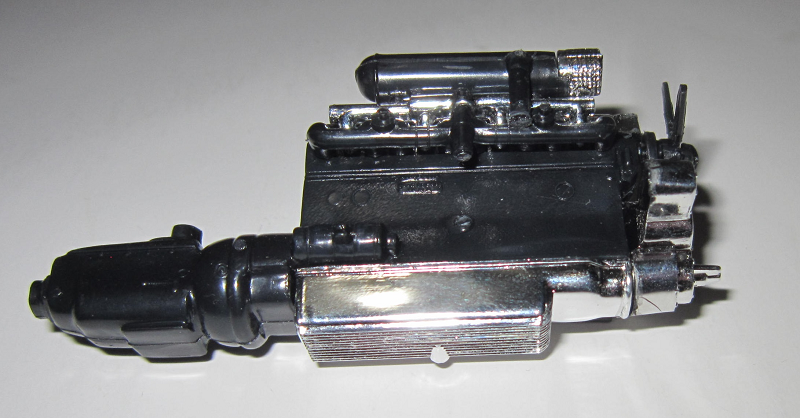 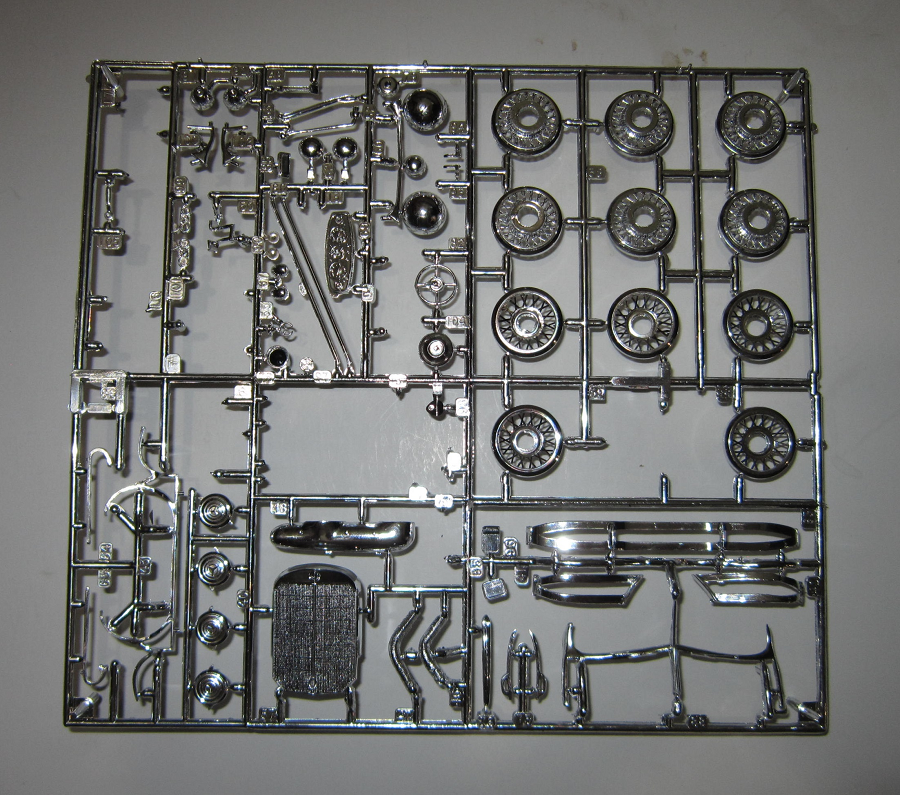 The black vinyl tires for the wheels. The tires are recessed to accept the plastic sides from the second jet black tree (6 parts ) 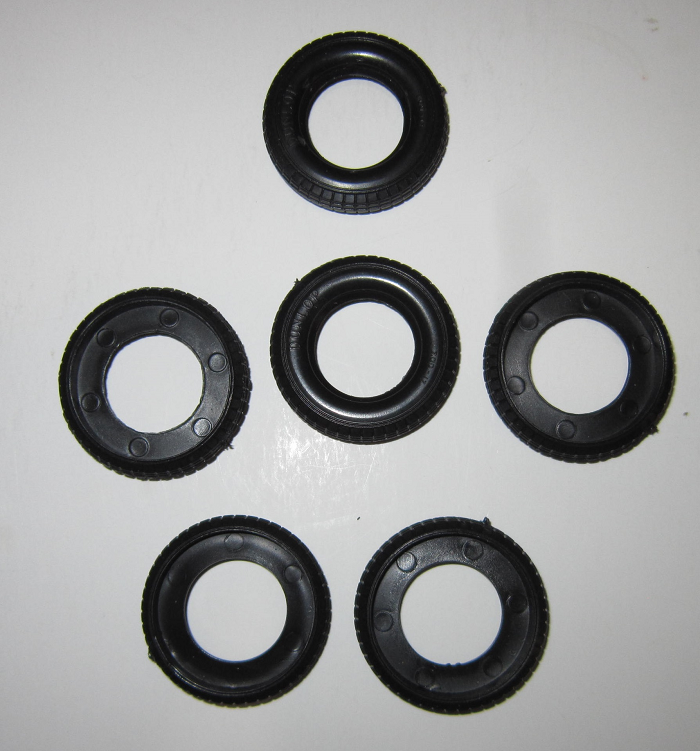 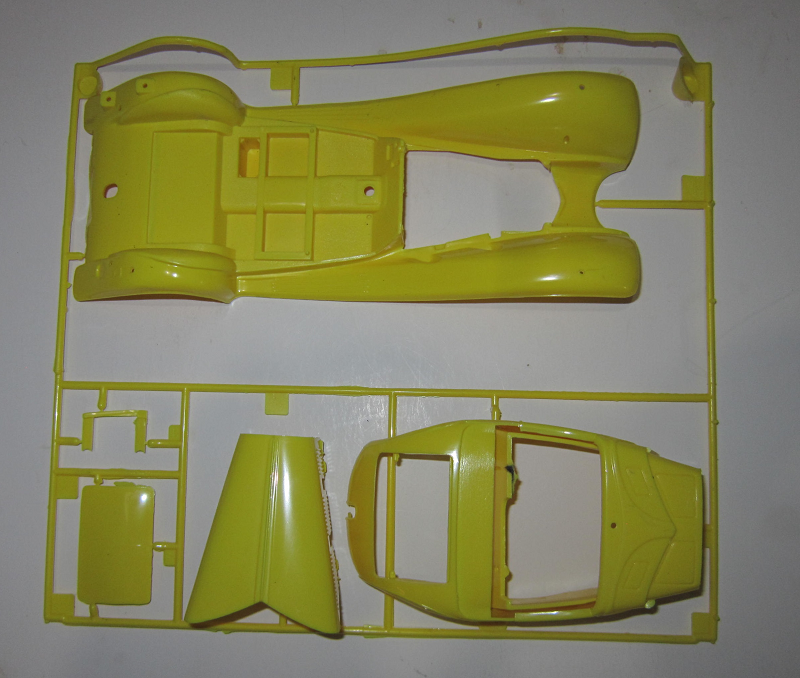 ​The clear tree holds the windshield  and light lenses (9 parts)

There are no figures in the kit. 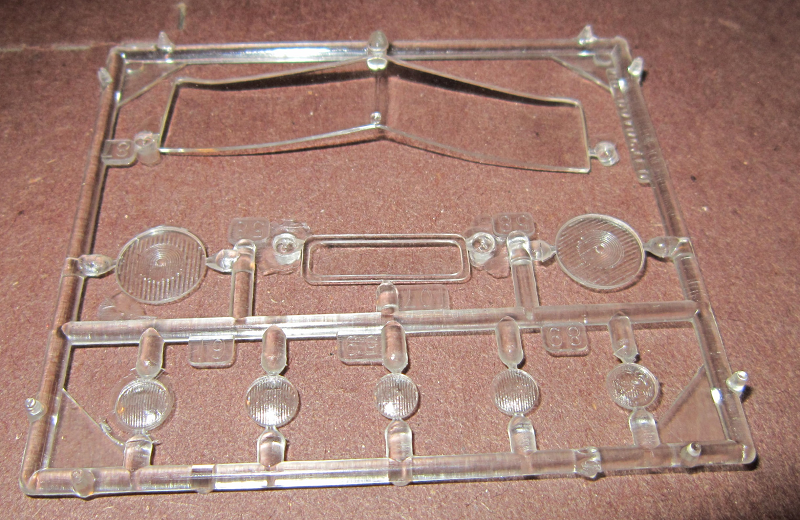 ​I have added an old set of Wehrmacht license plate numbers and division marks to this kit. I think I will make it a military car. I understand that Hitler himself owned several Mercedes. 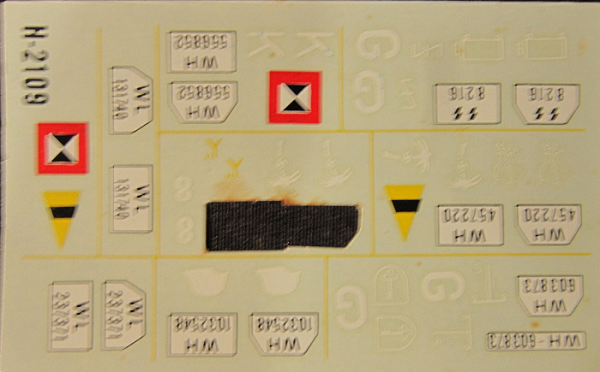 ​This kit is very nicely detailed inside and out.