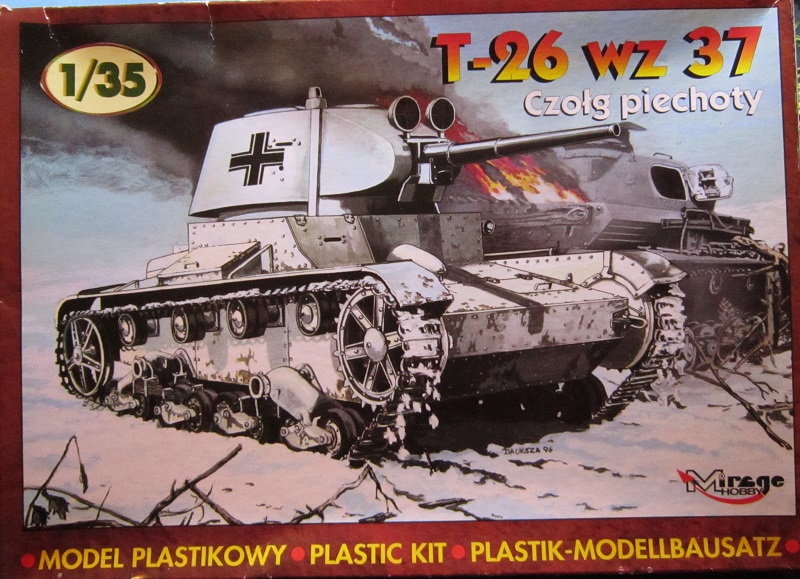 The T-26 had many conversions, some of those was the OT-26 flame-thrower variant of the T-26A. Later, the OT-130 was introduced, based on the T-26B, and after that the OT-133 came, which was based on the T-26S. The most extreme variant of the T-26 was a prototype fitted with wings and a tail unit directly on the T-26. Bulky pontoons were designed to provide limited amphibious qualities. First seeing action in the Spanish Civil war, the T-26 then continued in Finland in 1940. Very few survived the German invasion campaigns in Russia in 1941-1942. The Germans captured T-26’s were often issued into the infantry, but few were also converted to Panzerjagers, carrying the French 75mm anti-tank gun.

The kit comes in an end opening type box that is taped shut. The box art shows a T-26 in captured German markings and over all Panzer gray that is overpainted in whitewash it is crossing a snow covered field in with a knocked out Pz.Kpfw. IV burning in the background.

The back of the box has 2 color side profiles of 2 different paint schemes pictured.

One is of a Soviet T-26 with the turret number 23 in yellow and with a streaky whitewash pattern over the basic Russian green. Russian front 1942/43.

The second one is of a captured T-26 with German crosses on the sides and rear of the turret. It is still in it’s overall Russian green. Russia 1943.

Inside the box is a sealed cello bag that holds 5 chalk white trees of parts and black vinyl rubber-band type tracks. The instructions complete the kits contents.

If there ever was a decal sheet in my kit, it is MISSING now…sigh. No great loss as the markings are very basic and easily replaced with items from my decal spares file.

The instructions consist of a single sheet that is folded in the center to form 4 pages o 7” x 9 ¾” format.

Page one begins with a repeat of the box art in black and white. This is followed by the history of the T-26 in Polish only.

Pages 2 to 4 give a total of 12 assembly steps, called out in Roman numerals. There are no parts tree illustrations. Three of the trees have alphabet letters molded into them: A, B and D (D is 2 identical trees). Two trees have no alphabet letter. All have parts numbers next to the parts. With no parts tree illustrations, care must be taken to study each assembly step to get the right parts.  Mirage Hobby makes several versions of the T-26 that they market and trees in this kit are common to some of those. I noticed many parts are not called out in the assembly steps in this kit.

Tree letter B is co-joined to letter A tree. It holds the turret parts, gun mantle, a horn, a saw, periscopes and turret roof hatch (9 parts)

There is no letter C parts tree. 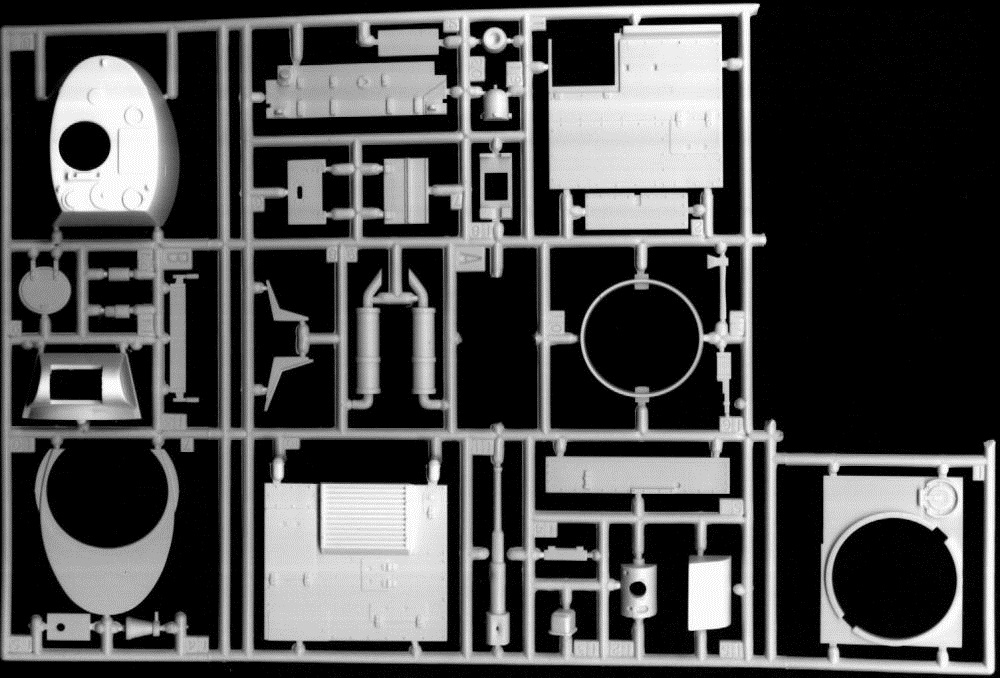 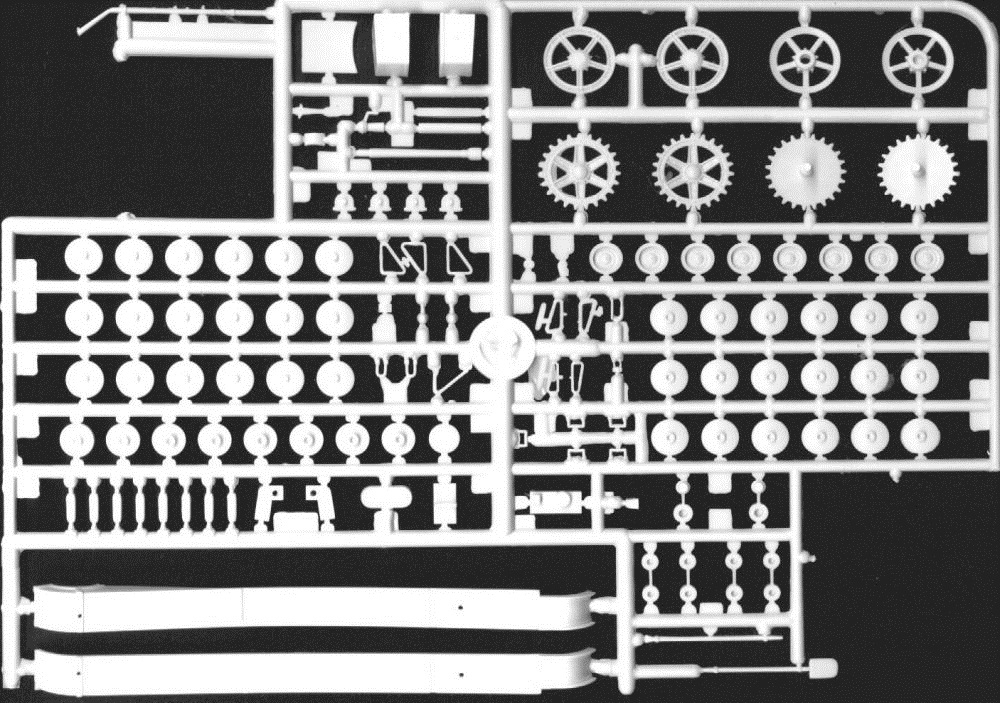 The second large un-alphabetized tree holds: bogies, hull sides, another muffler (which is excess and NOT the one you use), another mantle (also excess), the hull bottom and upper side plates. (17 parts) There is a small square molded into each of the side plates. Instructions have you cut this off and remove it. 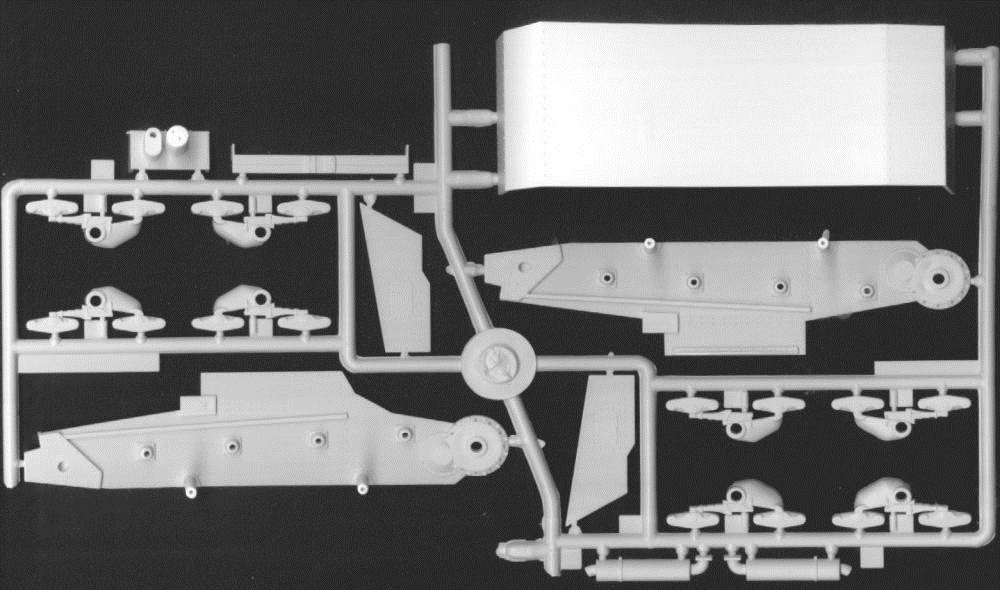 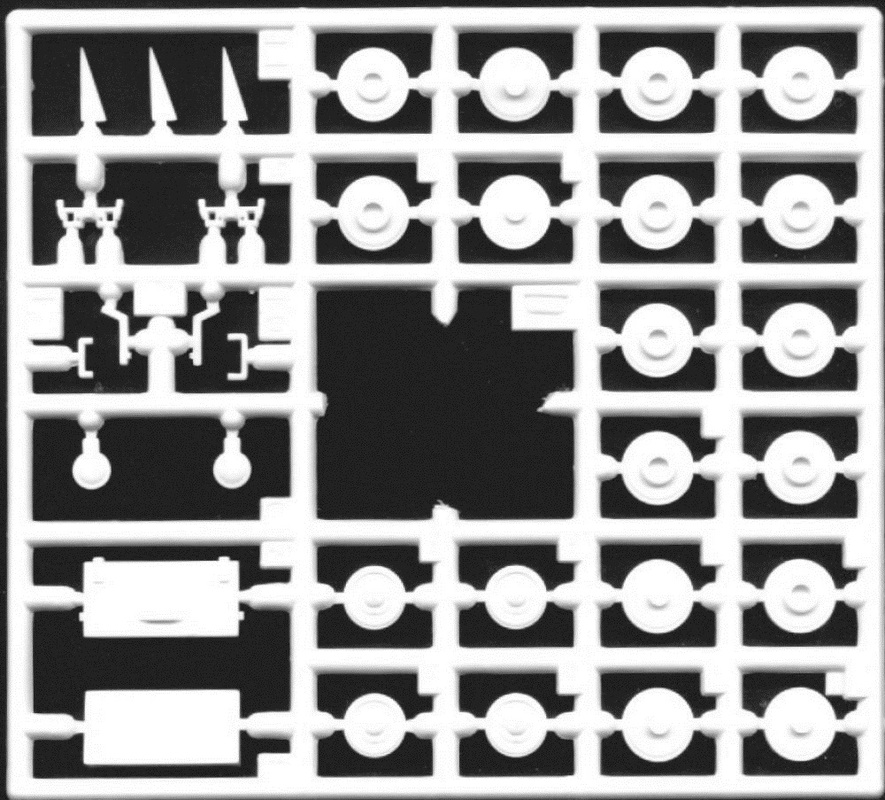 The black vinyl rubber-band type tracks complete the kit. These are of the non-glueable type. You have to hot rivet them together with a heated screwdriver. The tree has two little strips with 4 holes in them that you thread over gear teeth and then heat weld the tracks into a continuous loop. I think this is going to be one hairy operation and absolutely would not look forward to it. The links have good detail on the face side and gear teeth on the reverse. However, the reverse side does not divide the links. There are no splits molded in to indicate separate links. So, I recommend some from Model Kasten or one of the other aftermarket companies that makes individual links.

There are no crew figures in the kit, no interior parts and no clear lenses for the 2 big head lights.

This is one neat Soviet tank. Mirage makes several versions of it in their kit offerings. Purists may want to avail themselves of some after-market track links for it. It is very nicely molded and I found no flash evident on any trees.

Kit was thanks to my wallet years ago and still is available several places.