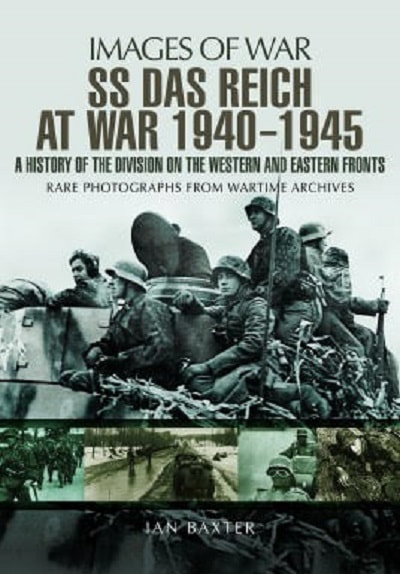 Between 1933 and 1939, the strength and influence of the SS grew considerably with thousands of men being recruited into the new idealogical armed formation. Many into units know as the SS Verfgungstruppe (Special Disposal Troop). These troops saw action in Poland before switching to the Western Front in 1940. Out of this organization the SS Das Reich Division was created.
This book with its extensive text and 203 rare and unpublished photographs with detailed captions describes the fighting tactic, the uniforms, the battles and the different elements that went into making the Das Reich Division such a formidable fighting force.

The chapters reveal the Division as it battled its way through Poland, the Low Countries, the Balkans and the Eastern Front. Finally, the Das Reich defended Normandy before falling back into Germany.

The Division gained its fearsome and notorious reputation for its fighting ablility, often against vasily numerically superior forces, as well as its fanatical zeal.

Pen & Sword Publications is based in the UK.

The 3 black and white photos on the back cover show them near railroad tracks, using a flamethrower and being ordered by an officer.

All photos in the book are in black and white.

Early in the book is 10 photos of the troops on parade and 5 photos of troops manning guard shacks.

This is one great picture album.

I want to thank Casemate Publishing, who sent me this sample book. They are the North American Distributor for Pen & Sword books.

All Pens & Sword book listing can be seen on their site at:
www.casematepublishing.com