The Type VIIC was the workhorse of the German U-boat force, with 568 commissioned from 1940 to 1945. Boats of this type were built throughout the war. The first VIIC boat commissioned was the U-69 in 1940. The Type VIIC was an effective fighting machine and was seen almost everywhere U-boats operated, although their range was not as great as that of the larger Type IX. The VIIC came into service as the first "Happy Time" near the beginning of World War II was almost over, and it was this boat that saw the final defeat by the Allied anti-submarine campaign in late 1943 and 1944.

Type VIIC was a slightly modified version of the successful VIIB. They had very similar engines and power, and were larger and heavier which made them slightly slower than the VIIB. Many of these boats were fitted with snorkels in 1944 and 1945.

Perhaps the most famous VIIC boat was U-96, featured in the movie Das Boot.

Revell is a prolific model company with offices in both the US and Germany. This kit is one produced in Germany.

The kit comes in a very large and long tray and lid type box, which is 3 ft. 1 in. in length. It is not shrink-wrapped and is held shut with a circle of scotch tape on each end.

This size does not deceive modelers as to what is inside. The hull of the U-boat is 36” long!!

The box art shows a U-boat in the early type VIIc version with the markings for U-552. It is tooling along on the surface in a heavy sea swell.

One side panel has 7 color  photos of the walk-around type of the model made up. Next to this is a list of Revell brand paint colors suggested to use to finish the kit in several languages, including English.

The other side panel has a small repeat of the box art next to the history of the type VIIc in 10  languages and  Revell of Germany’s address and web site.

Inside the box is 8 light gray trees of parts, the decal sheet, a sheet of paper pennants and a kreigsmarine flag, a sheet of warnings in 21 languages and the instructions. There is also what looks like a ninja thowing star with tan string wrapped around it, for using to make aerial wires on the sub. I managed to lose this item out of my kit somewhere. I intend to use nylon fishing line instead on my model anyway.

The instructions consist of a unbound booklet of 28 pages in 8 ½” x 11” format. This contains 70 assembly step drawings and six 3-view illustrations of U-boat marking options offered in the it.

Page 1 of the instructions begins with a black and white photo of the model made up, followed by the history of the type VIIc U-boat in German and English.

Page 2 has READ BEFORE YOU BEGIN instructions in 21 languages, including English.

Page 3 has explantions of the international assembly symbols used throughout the instructions.

Page 4 has a paint color listing suggested to use to finish the model.

Page 5 is the parts tree illustrations.

Pages 6 has profiles of the 6 marking options possible with the kit. You have to decide at this time which one you are going to build, as there are some differences in the parts used. There is an alternate conning tower and some subs had the saw toothed net cutter on the bow and some did not for instance. U-552 can be built as an early version or later one.

Pages 23 to 28 have the six 3-view illustrations for painting and decaling which ever U-boat you decided to build.

Next are the hull sides. 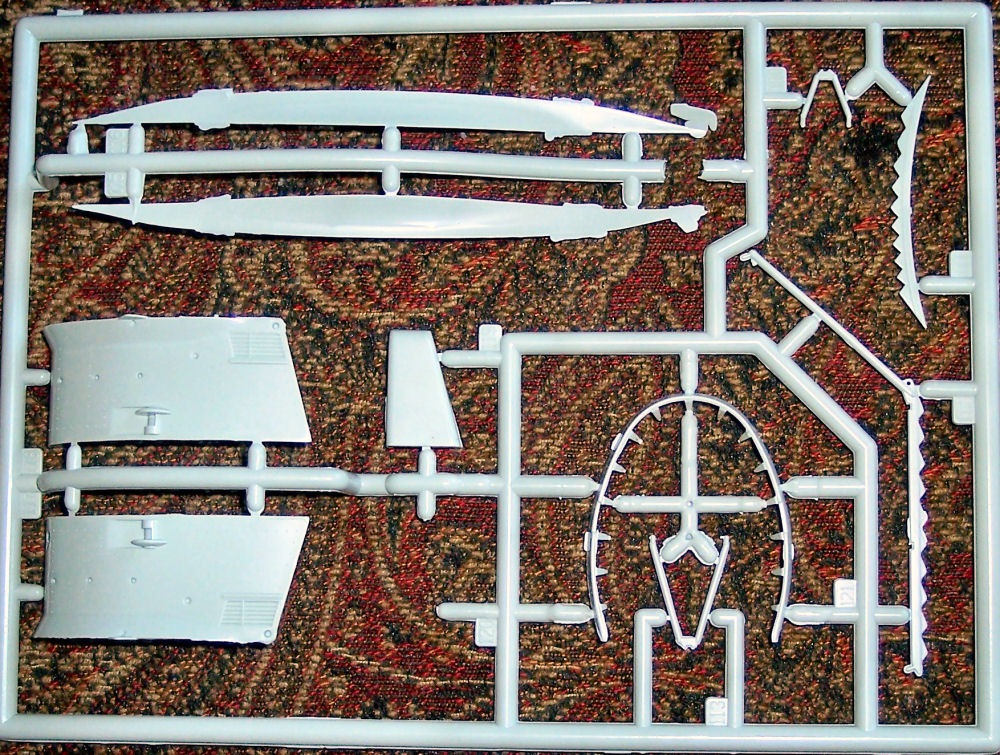 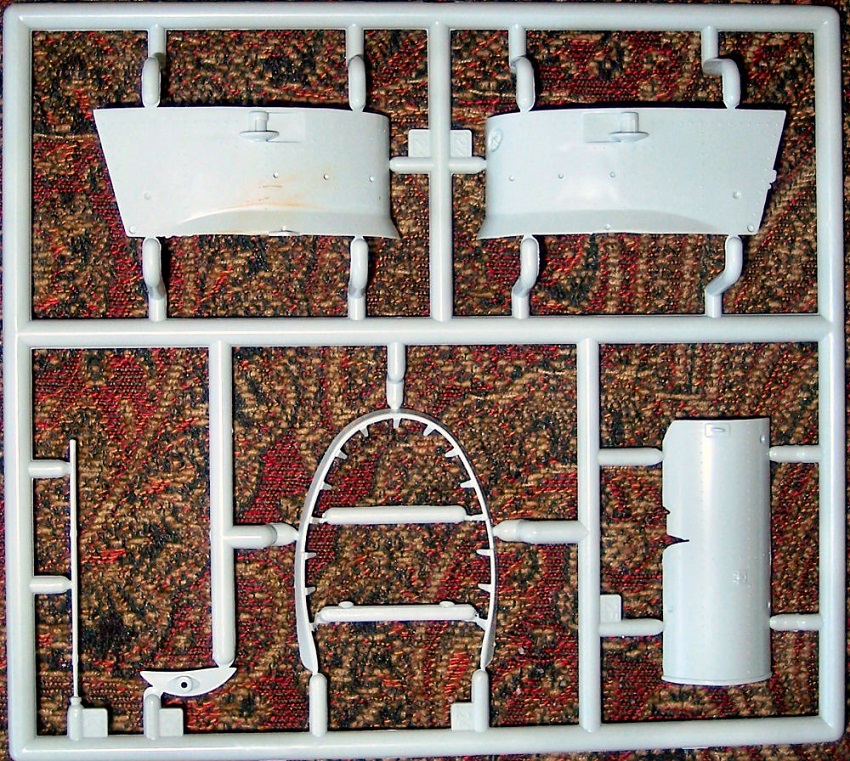 The decal sheet is next and has the markings for the 6 different U-boats already mentioned above. It also includes a name plate to go on the cradle.

There is another sheet in the kit with a reichkriegsflagge flag printed on it, that has been censored and has no swastika in the center. It also includes a bunch of pennants. I am not sure if this sheet has glue on the back or not. The flag and pennants are two sided with a fold in the center. They accidentally put two copies of the decal sheet into my kit at the factory.
There are no figures included in the kit. 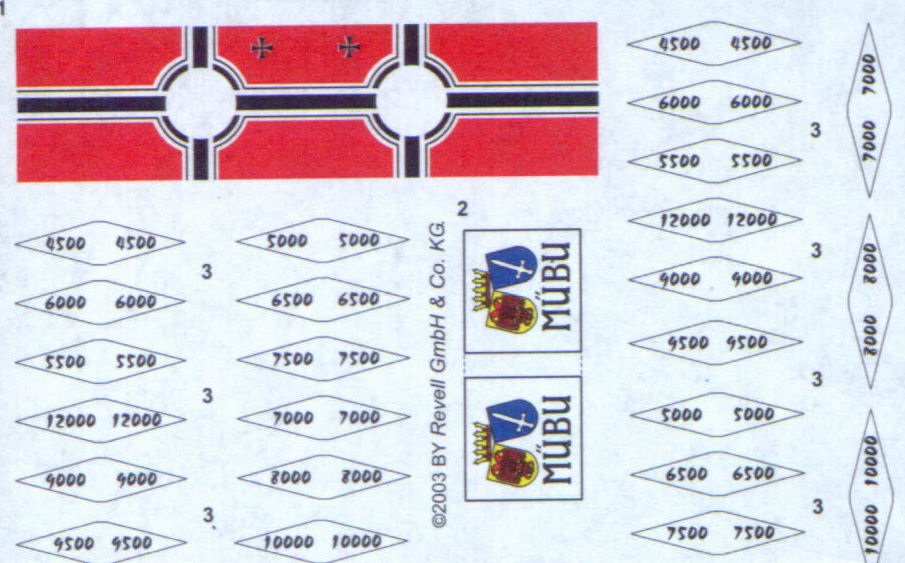 A modeler can easily spend over a grand buying after-markets stuff to go on this kit. I bought 4 of the mentioned kits myself. I also purchased a replica metal U-boat badge. I intend to attach this badge to the support cradle for the model.

This kit is a real spectacular display, wherever I have seen it entered in a contest. However, it is a real display shelf eater. I was very surprised that a U-boat in 1/72nd scale would be this large.

I won my kit in a raffle drawing at an IPMS contest years ago.  It has to be the most expensive thing I ever won in a raffle.