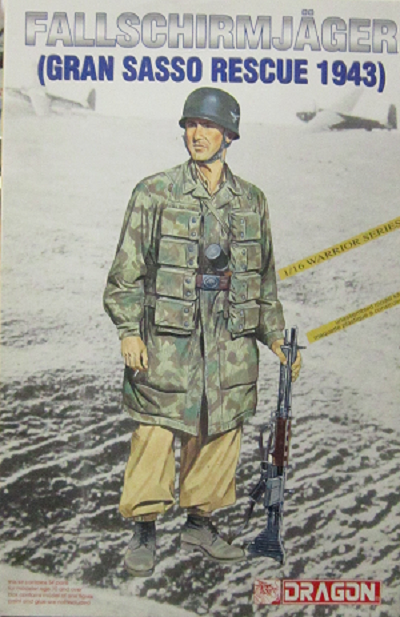 The Fallschirmjäger (German) were the paratrooper  branch of the German Luftwaffe before and during World War II. They were the first German paratroopers to be committed in large-scale airborne operations and came to be known as the "green devils" by the Allied forces they fought against.

The Gran Sasso raid was the rescue of Italian dictator Benito Mussolini by German Fallschirmjäger led by Major Harald Mors and Waffen-SS commandos (notably Otto Skorzeny) in September 1943, during World War II. The airborne operation was personally ordered by Adolf Hitler, planned and executed by Mors, and approved by General Kurt Student.

On the night between 24 and 25 July 1943, a few weeks after the Allied invasion of Sicily and bombing of Rome, the Grand Council of Fascism voted a motion of no confidence against Mussolini. On the same day, the king replaced him with Marshal Pietro Badoglio[1] and had him arrested.

He was held captive at the Hotel Campo Imperatore at Gran Sasso.
​THE KIT:

The box art shows a color illustration of a Fallschirmjager standing in a snow-covered field with 2 German gliders parked in the background.

He is standing and holding a FG-42 automatic rifle by the muzzle with his left hand  with its stock resting on the ground. He wears a dark-green steel helmet with a white eagle and swastika insignia on the side of it, a duck-egg and wood brown camouflaged smock with a row of 8 ammo pouches on its chest, tan trousers bloused at the bottom over low black shoes. He is holding a cigarette in his right hand.

Narrow yellow stripes across the right of the box art says the kit is in the 1/16 Warrior Series and it is an unassembled model kit.

Another corner says the kit contains 34 parts, for modelers age 10 and over, box contains model of one figure, paint and glue are not included.

Below them it says the kit is not suitable for children under 3 years due to sharp parts and the kit is intended for modelers 10 years and older, in multiple languages, including English.

​The other side panel has 2 color illustrations of the Fallschirmjager figure in this box, showing his front and back, over the copyright date of the kit as 1997 and DML’s address in Hong Kong, China where the kit was made.

The kit contains about 18 parts on 4 light-grey  trees and they were most likely in a clear sealed cello bag.

The assembly instructions and painting guide is a single sheet, printed in color on one side on slick-coated paper.

It shows a color illustration repeat of the box art pose standing on the square black display base. There are 2 black and white line drawings in the right column that are the assembly drawings showing the figure’s front and back. The back view shows a shovel in its carrying case, 2 canvas sacks and a canteen on his belt. Copyright date is repeated and sheet was printed in Hong Kong.

Trees are not alphabetized or illustrated on the instruction sheet.

The largest light-grey tree holds: the parts of the figure (head, torso, lower body and arms) smock sections, canteen, canvas sack, steel helmet and a section of belt that is bulged out to fit over a potato masher type grenade (14 parts) 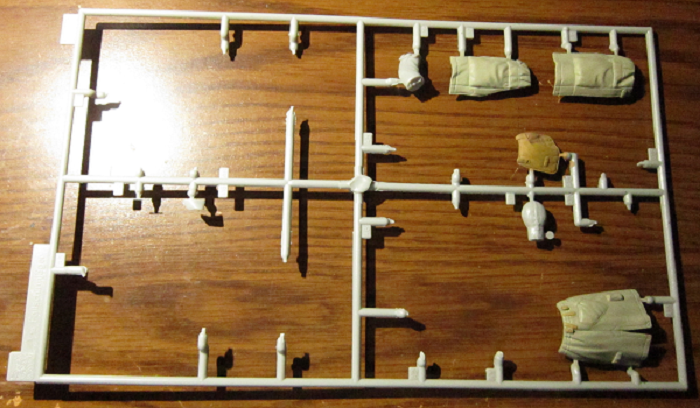 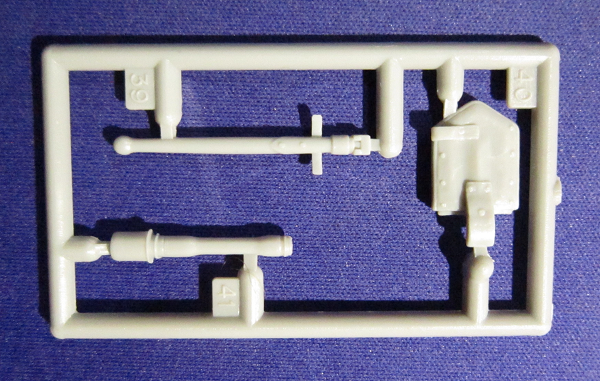 ​I have assembled the figure, painted his hair, face, hands, trousers and shoes. Coat panels and canvas sacks. 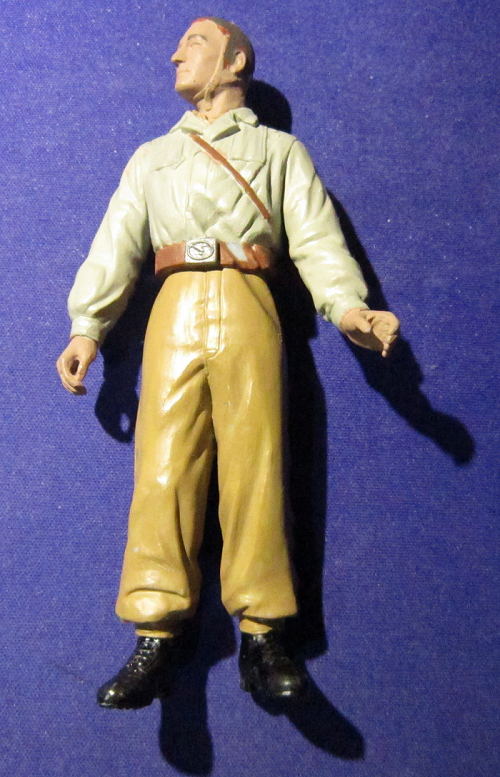 ​The black square display base completes the kits contents. It is still in its clear cello bag. 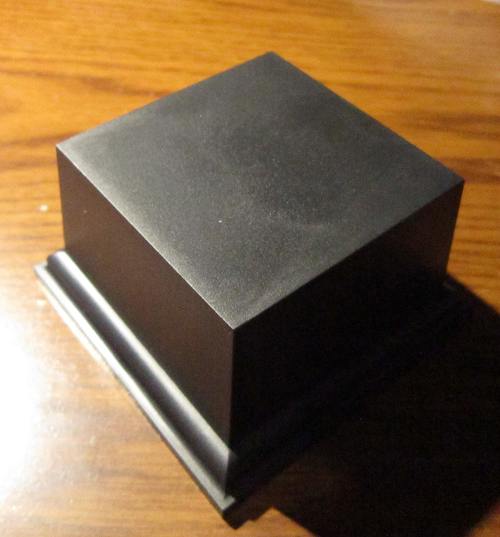 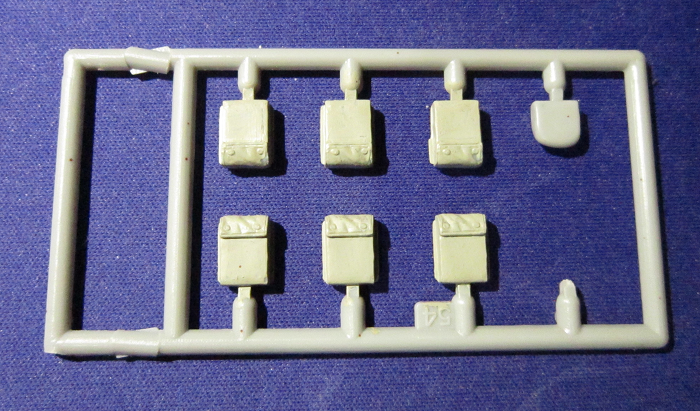 This is one neat, large figure kit with great details. I hope to get it completely painted in the future. However, I have to admit, I am lousy at painting faces.