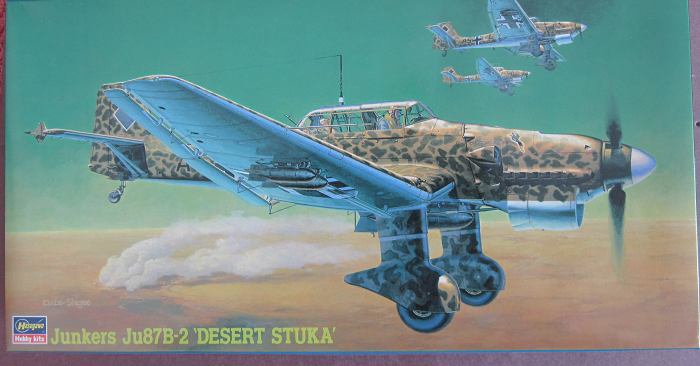 Kit is out of production. Copyright date is 1994. There is a guy in Canada that lists one for sale for $30.00 Canadian dollars.
HISTORY:

With its siren screaming, diving almost vertically and dropping its bombs in front of oncoming troops that will take control of the area, Germany's Ju-87 Stuka dive bombers were a principle part of their Blitzkriegs in 1939.

The Junkers Ju-87 was developed as a dive bomber as a result of an exhibition viewed by Ernst Udet in the United States in the early 1930's. Udet was a leading German WWII ace who was made a part of the newly developing Luftwaffe.

In 1936, the Arado AR-81, Blohm & Voss HA 137, Heinkel HE-118 and the Junkers 87 were finalists in the German Dive Bombing competition. The Junkers Ju-87 could dive almost vertically, and recovered with ease; however it was 70 km/h slower than the He-118 which could only dive at a 50 degree angle.

Udet began a dive with the He-118 at 4,000 meters and the propeller and gearbox ran away and flew off the aircraft. He parachuted to safety, but was injured. This cemented the choice of the Ju-87 and 10 pre-production Ju-87A-O's, based upon the V-4 were ordered..

The B series had the same wing and tail surfaces as the earlier versions; however, the fin/rudder and fuselage were completely changed. The B-2 version used the Jumo 211Da engine with a pressurized coolant radiator, larger propeller and rear pointing exhaust stacks, which helped increase its top speed.

Ju-87's that programmed for deployment to Mediterranean and North African theaters of operation, had modifications made to the aircraft's induction system because  of the harsh desert climates; sand and other tropical environmental problems. Also this type was exported to Italy.

Hasegawa is a prolific model company based in Shizuoka, Japan.

The box art shows 3 Stukas flying in formation above the clouds. They are all in a base of sand-yellow with a mottle of green over light-blue undercarriages.

The nearest one has a white and green spinner. Only a black letter A can be seen of it's fuselage code. It has a diving black bird on the sides of the nose outlined in white.

The Stuka behind it has the fuselage code black AF + white C black L (this is not on the decal sheet).

The Stuka furthest away has a fuselage code black A5 + white A black L (also not on the decal sheet).

One side panel of the box says the kit contains parts for one model, paint and glue are not included and the kit has English instructions. This is said again for German, French, Italian, Spanish and Chinese languages, over Hasegawa's telephone number and street address in Shizuoka, Japan and MADE IN JAPAN.
​WHAT'S IN THE BOX:

The instructions consist of a single sheet that accordion-folds out into 8 pages in 8" x 11" page format.

Page 1 begins with a black and white photo of the model made up in the box art scheme. It shows the fuselage code to be black A5 + yellow H black L, It has a white letter H on the front of each wheel spat. This is over the history of the Ju-87B-2 in Japanese and English. and 2 black and white photos showing the model made up - shot of the nose and its bottom with a bomb loaded.

Page 2 begins with international assembly symbol explanations in the 6 languages over the 1st 4 assembly steps.

Page 5 is the parts trees illustrations, over a paint color listing suggested to use.

Page 6 & 7 is the marking and painting instructions. There are 4-views of 2 schemes shown.

One is the box art scheme (already described above)

It is with 3/St.G. 1 in 1941.
​The other Stuka is in the same color scheme, with a white spinner. The fuselage code is black S7 + white K black H. It has a white fuselage band and white wing tips under the wings. There is a white circle with a black shield on it with a lion on the shield on the side of the nose.

It is with 1/St.G. 3, North Africa 1942.
​Page 8 has some general instructions and decal application instructions in the 7 languages. The kit is said to be not suitable for children under 3 due to small parts.

The bottom of the page repeats Hasegawa's phone number and address. PRINTED IN JAPAN and copyright 1994.
​I bought the Three Guys Replicas brand decal sheet no. TGR-48005 for the Ju-87B Stuka.

It comes in a zip-locked bag with the instructions. The instructions consist of a single-sheet in 8 1/2" x 11" format printed on both sides and folded to fit the bag.

The face side has 4 profiles:

1. A Ju-87B-2, W.Nr. 3360 of 3./St.G.2. It is in a splinter of 2 greens over a light blue undercarriage. It has a yellow letter H on the front of both wheel spats and the fuselage code is black T6 + yellow H black L. It has a yellow circle with a white shield on it that has a black eagle over a black cross on it.

This aircraft was shot down by Hurricanes of 601 Squadron near Selsey, Sussex after a raid on tangmere, 16 August 1940.

2. A Ju-87B-1 of 4./St.G. 1. It in a splinter pattern of two shades of green over a light-blue undercarriage. It has the fuselage code black 6G + white H black R. It has a 6-pointed yellow comet with a black leaping lion on it under the cockpit.

4. A Ju-87R-2/Trop of 6./St.G. 2, Tmimi, Libya, August 1941. Flown by Lt. Hubert Polz. It is in a splinter pattern of two shades of green over a light-blue undercarriage. It has a yellow C on the front of both wheel spats. The fuselage code is black T6 + yellow C black P over a green and white rattlesnake that is painted down the whole length of the fuselage. 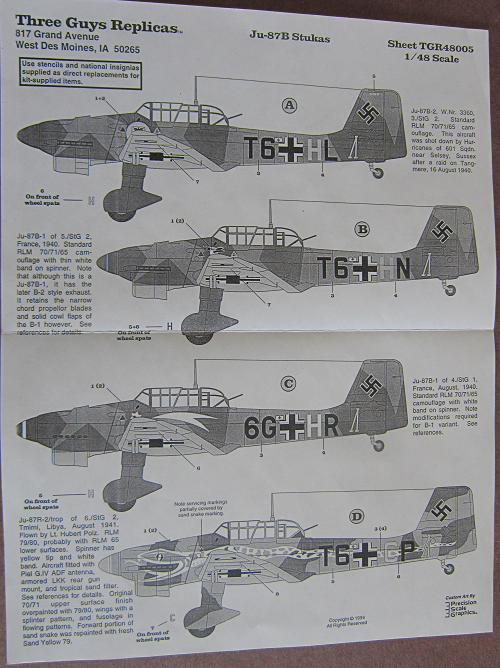 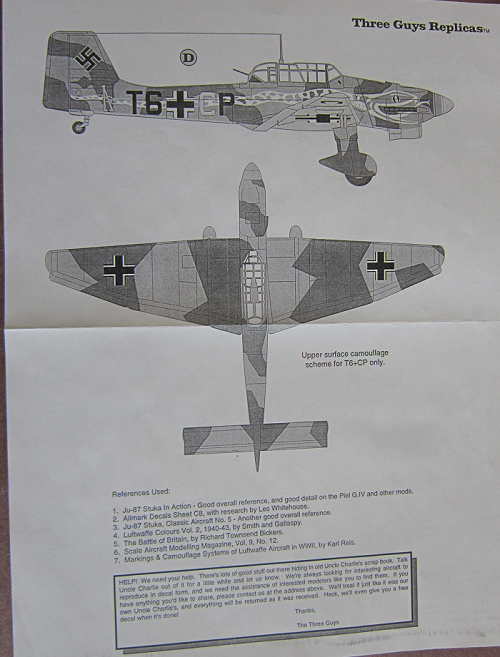 ​The bottom of the sheet has reference sources listed and asks customers to send in suggestions for future model kits subjects from Hasegawa.

Trees are alphabetized, illustrated in the instructions and have part number tabs next to the parts on the trees. 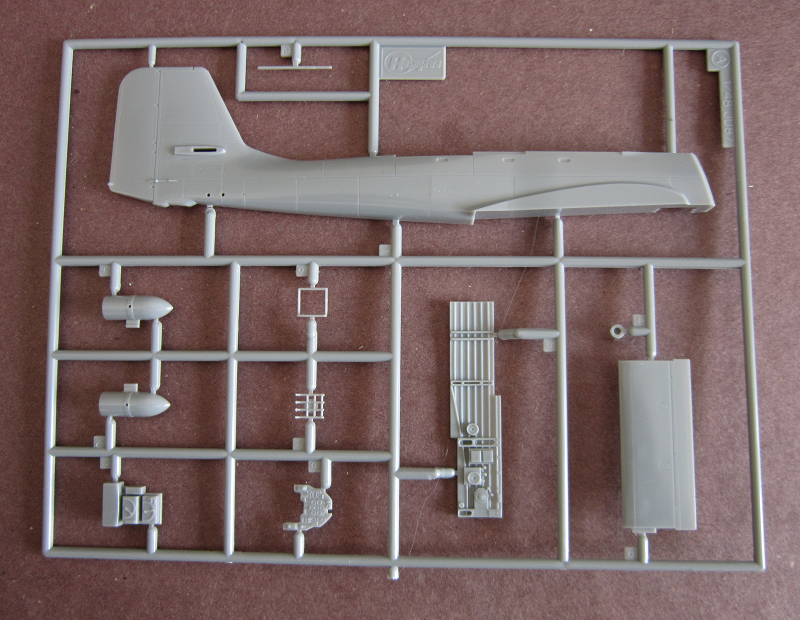 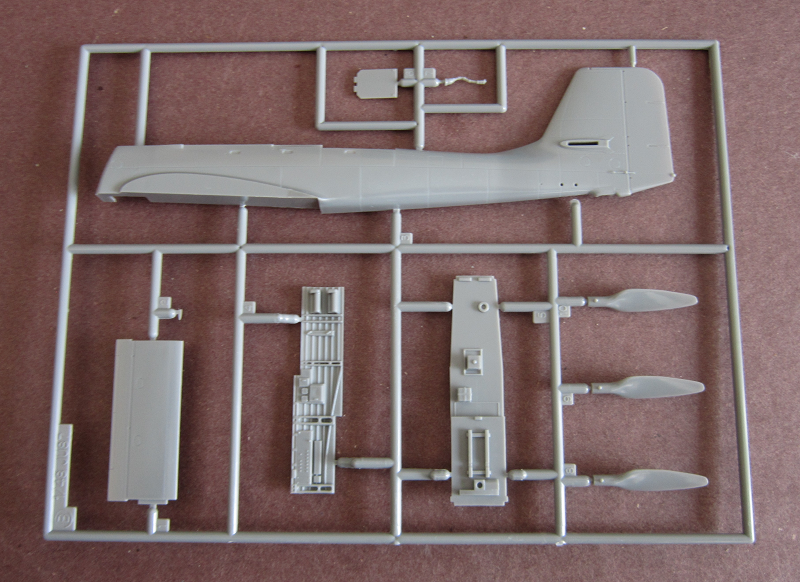 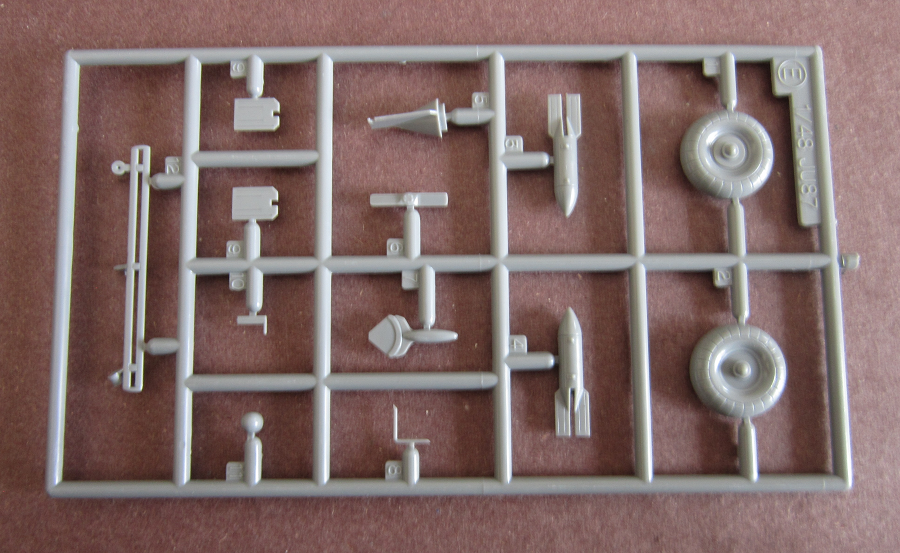 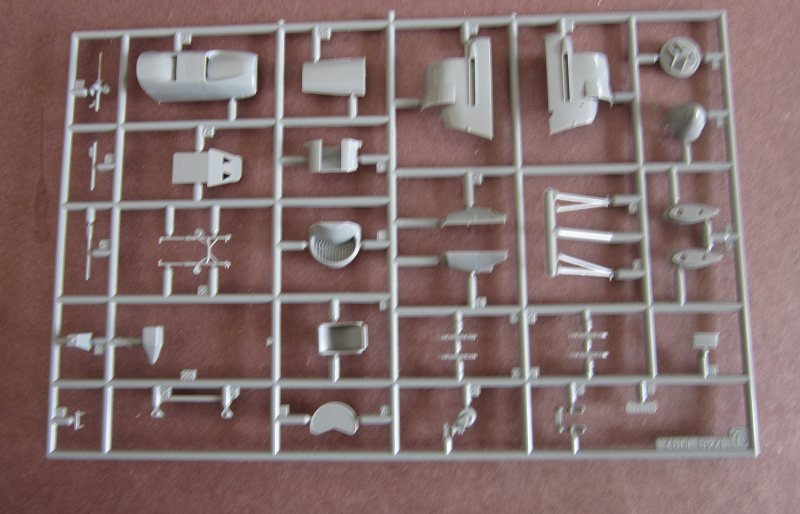 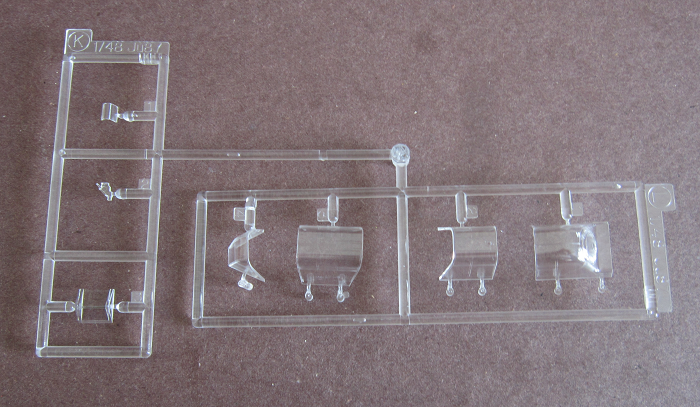 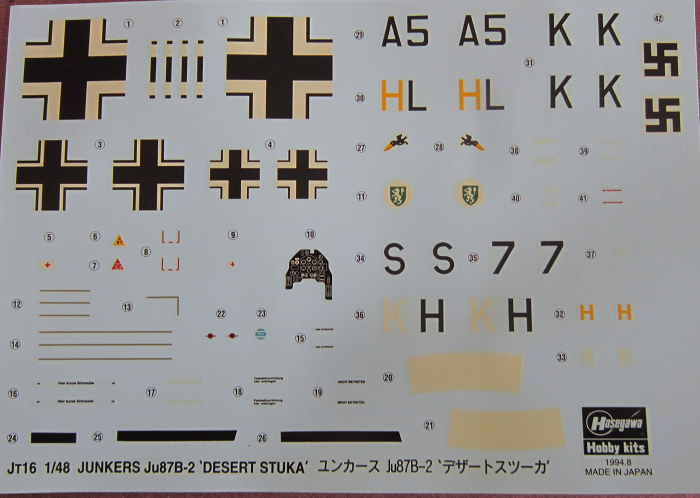 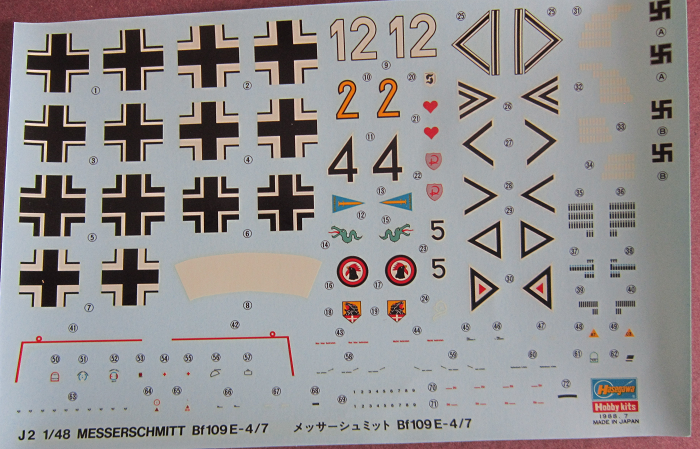 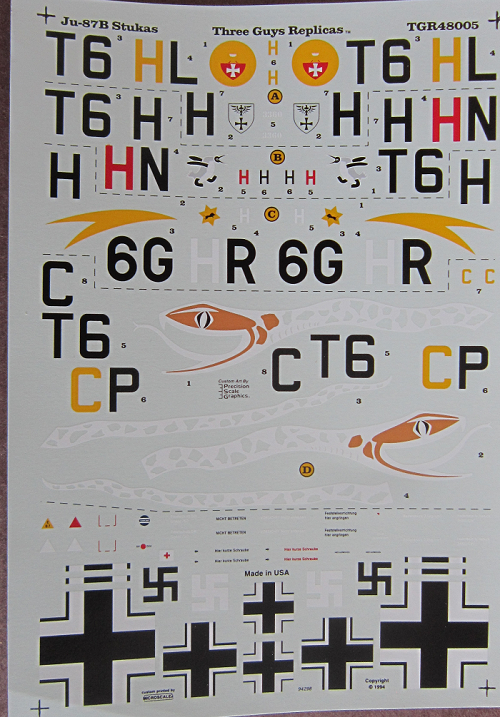 Kit has nicely engraved detail. Flaps are all molded shut and there is no pilot figure included.