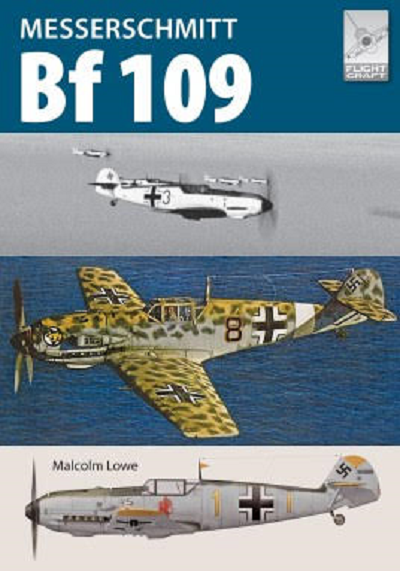 The famous Messerschmitt Bf-109 single-seat fighter was one of the most important warplanes of WWII. Originally designed during the 1930's, and a contemporary of the equally-legendary Supermarine Spitfire, it was vitally important to Germany's Luftwaffe and was flown in combat by the highest-scoring fighter pilots in history.

It was in service throughout WWII and was built in a number of significant versions that proved to be worthy adversaries of the very best of the Allied warplanes that it flew against.

Bf-109's operated in all the major areas of conflict where German forces were engaged in combat and, in modified form, the type then had a post-war career in several countries that extended well into the 1950's.

There are 113 black and white wartime photos in the book.

For color photos there are actual:

Color profiles are of:

Color photos of made up models include:

This is one terrific book for 109 modelers and aircraft historians alike.
Highly recommended.

Casemate is the N. American distributor of Pen & Sword Books and all their titles can be seen on Casemate's web site at:
www.casematepublishers.com