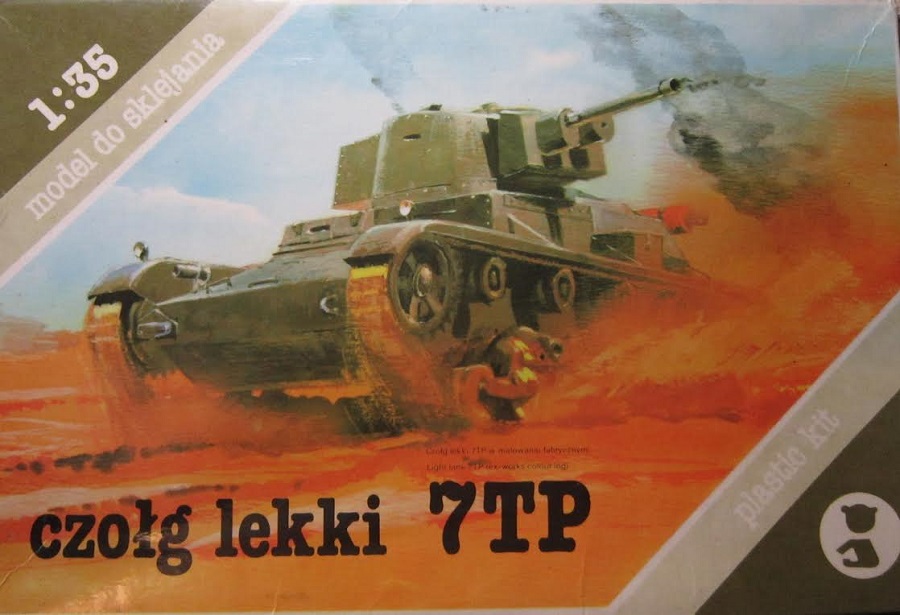 The 7TP was a Polish development of the British Vickers MK. E tank under license. The main new features of the 7TP were a better diesel engine, a very good 37mm gun and a bit thicker armor. Only 132 were produced, plus four prototypes. Twenty-four were an early twin turreted version.

The armament was a 37mm wz. 37 Bofors L/45 gun and a 7.92mm wz 30 TMG machine gun (or two 7.92mm wz 30’s in the twin turret version). Twin and single turret versions had no specific designations. In some western publications, they were designated with “dw” and “jw”. These were abbreviations of the Polish words for twin-turreted and single-turreted. However, these abbreviations are not used in any Polish sources. The standard tank was the single-turreted variant, and was just called “7TP” (subject of this kit).
7TP tanks were used in the 1st and the 2nd Light Tank Battalions of the Polish Army and also in two improvised Warsaw Defense Headquarters Light Tank companies (the 2nd, which had 11 of the twin-turreted variants, and the 5th which had 11 of the single-turreted tanks of the newest production).

Spojnia was a Polish model kit manufacturer. I think they went out of business and their molds later appeared under the Mirage label. They did kits of the twin-turreted 7TP and the single-turreted one. I believe there was even a Vickers kit by them too?

I got my kit from a pen pal, that I had years ago who lived in Krakow. We traded model kits back and forth for a few years until he died. He actually sent me about a dozen of this kit on various occasions, due to the fact he had nothing else to trade at times.

The box art shows a 7TP racing along, sending up a cloud of dust and firing its gun to the side. It is unmarked.

Side panels have color profiles of a 7TP of the 2nd Polish Armored Battalion with a white leaping lion on the turret and another 7TP of the 3rd Polish Armored Battalion with a white buffalo inside a circle. These are the two alternate markings provided on the decal sheet. The captions, under these two color profiles, is the ONLY English in the whole kit. Every other text is in Polish.

Inside the kit are two trees of light gray parts, the black vinyl rubber-band type treads and the decal sheet, all in a sealed cello bag. The instructions complete the kits contents.
The instructions consist of a single sheet folded in the center into four pages of  eight ½” x 11” format.

Page one begins with a black and white repeat of the box art, followed by the history of the 7TP in Polish only.

Pages two and three give seven assembly steps, international assembly symbol explanations (unfortunately in Polish only) and a parts name list in Polish. Parts are numbered, on the parts trees, but the trees are not shown on the instructions or alphabetized. This means you will have to search the two trees for the part number you need.

Page four is two two-views of the two marking options provided on the decal sheet and already mentioned above. Colors are called out in Polish. One scheme is in overall khaki and the other is in a three color wave pattern of khaki, ochre and the Polish word “ciemnobrazowy” (whatever that translates into??)

The first parts tree holds: road wheels, return rollers, drive sprockets, fenders, turret bottom, main gun, turret top, fender braces, grab handles etc. (122 parts) Tools are molded into one of the fenders. These look two-dimensional that way. Better to remove them and replace them with some 3-dimensional ones you may have in your spares box. 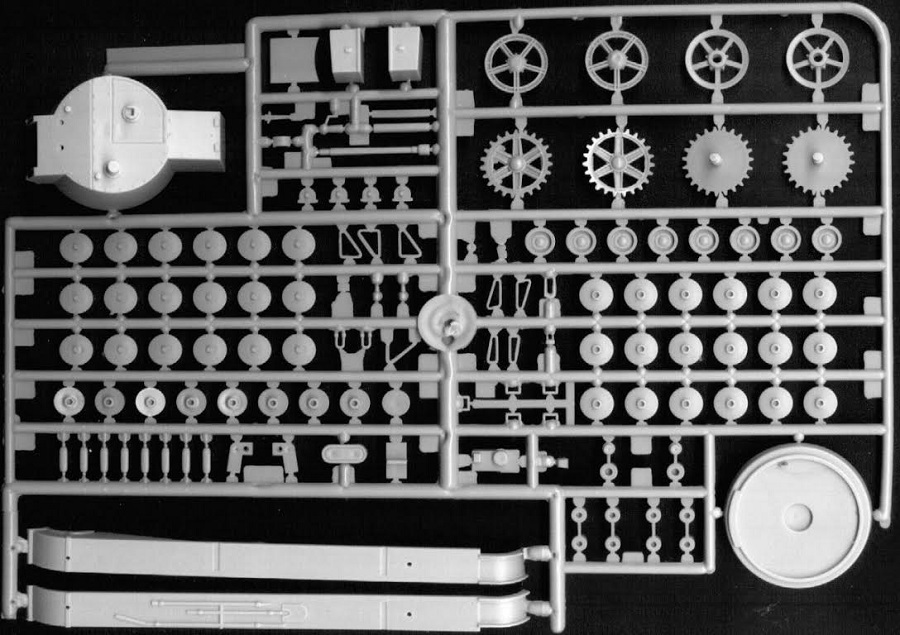 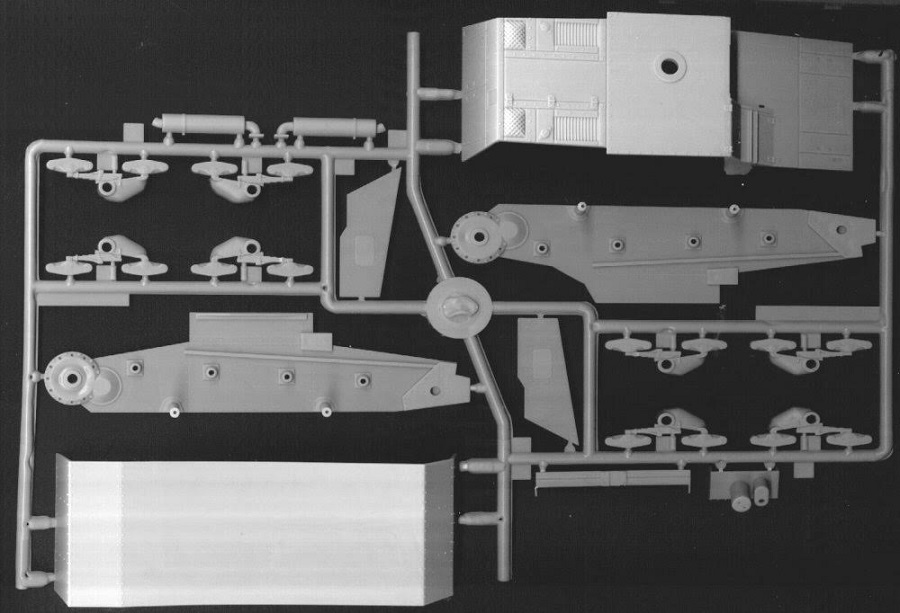 ​The black vinyl rubber-band type tracks and the small decal sheet complete the parts contents of the kit. The treads are of the type that have to be hot riveted or super glued together, not the newer glueable type. These tracks are okay on the outside, but the inside has just the teeth and the individual links are not indicated by dividing grooves.

There are no crew figures provided in the kit.

​The molding and detail of this kit is quite good and it is a neat subject. I recommend it to modelers that have had a little experience putting together some other armor model kits.
It is a decent kit, considering it’s age (about 20 years old +).

Kit was gotten by me in trade of kits with a fellow modeler in Poland.