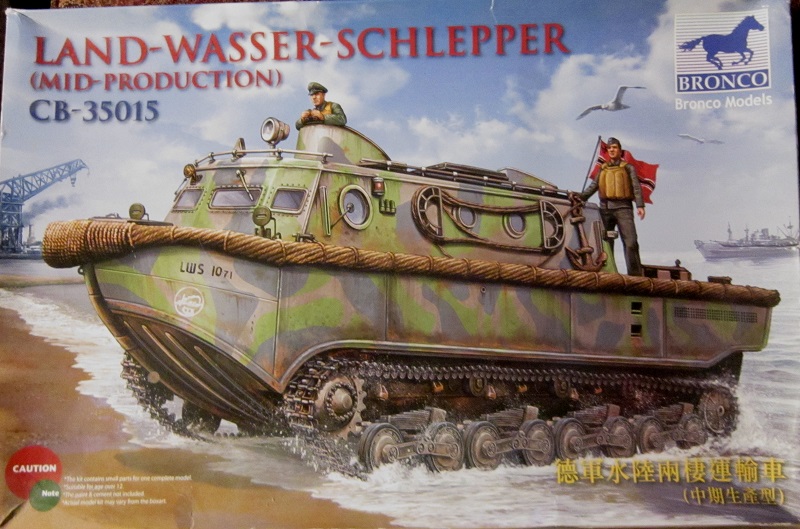 In 1936, Rheinmetall-Borsig AG received an order from the German army general staff to develop a half-tracked amphibious tractor. After working with various other firms, the Land-Wasser-Schlepper wasw built. Powered by a Maybach HL120 V12 engine, the LWS could achieve 35 km/hr on roads and 12 km/hr in water. The total weight was 17 tons and up to 20 soldiers could be accommodated. The normal function of the LWS was as a tug boat to be used during amphibious landings. In this role the LWS would tow an 18,000 kg capacity floating trailer.

The trailer could carry supplies and equipment, including vehicles as large as the SdKfz. 9 half-track. The trailer could be towed on shore by the LWS and maneuvered by unloading. Development of the LWS proceeded quite slowly until 1940, when Operation SEELOWE (invasion of England) was being planned.

The seven pre-production LWS vehicles were extensively tested for amphibious assault across the English Channel. However, testing showed that they could only be used in calm in-shore waters.

The lack of armor protection was also a concern. When SEELOWE was canceled early in 1941 the LWS project was also ended.

The LWS did serve in Russia and was employed during river crossings.

Bronco is a prolific model company based in Hong Kong, China. They make all manner of model subjects in the popular scales.

The box art shows a LWS emerging from the water in a port someplace. Buildings and a crane are in the background and a ship is shown out in the distance The LWS has a commander in the roof hatch and a sailor standing on the rear deck with a life jacket on. The LWS is in a base of light grey with blue grey and light green wave pattern.

There is the black serial no. LWS 1071 on the right side of the bow over a white circle with a white image of a ship in water on it. The illustration shows a rope bumper around the hull.

This is the biggest omission in the kit, because Bronco does not supply this. Nor does the kit supply any crew figures as shown. For this reason I purchased the Lion Roar brand resin anti-bumping bar designed to go on this Bronco kit, which will really enhance it.


One side panel of the kit says it supplies a high quality German decal by Cartograf, followed by color illustrations of the brass PE fret and the decal sheet in the kit. Bronco’s street address in Hong Kong, their e-mail address and web address are all supplied here.

The other side panel has a color 3-view of the box art subject.

The instructions are printed on slick coated paper stock. It consists of a bound booklet of 16 pages in 8 ¼” x 11 ¾” page format.

Page 1 of the instructions begins with a faded black and white repeat of the box art, followed by the history of the LWS in English, German and Chinese. 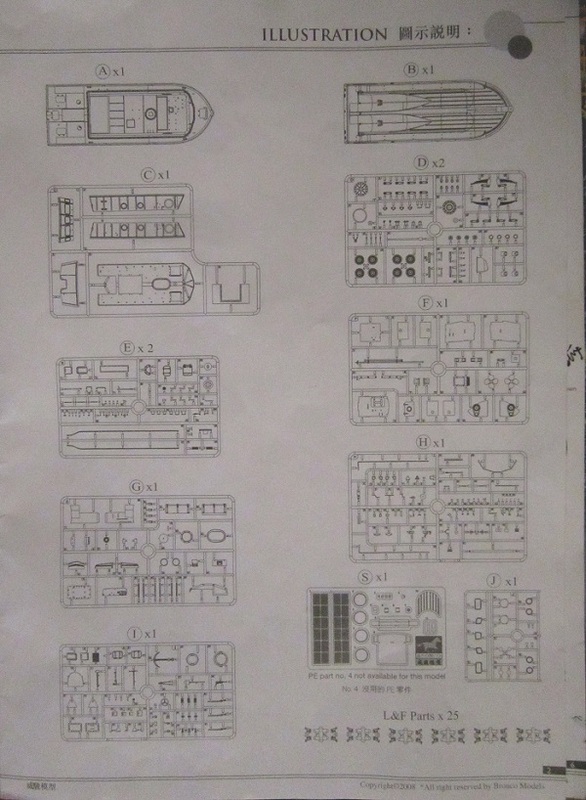 The copyright date of 2008 appears at the bottom of all the pages.

Page 4 through 13 give a grand total of 19 assembly steps.

Page 14 has a side profile of the LWS, calling it out as TYPE A.

Below that is a 2-view illustrating the side and top of the LWS and calling it out as TYPE B. This confuses me because the two side views are IDENTICAL with no difference shown??

Page 16 has three 3-views of schemes and markings for the LWS.

1.     A LWS in overall dark yellow, vehicle no. LWS 667, Engineering Assault Company 778, Tobruk, N. Africa, May 1942. The white serial no. LWS 667 is on both sides of the bow. There is a white logo on the sides of the cabin that is a white diamond with an anchor on it, followed by the German national cross.

2.     A LWS in overall German grey, vehicle no. LWS 1071 in it’s early scheme, with the ser. No. LWS 1071 in white lettering above the white circle with the ship on it on both sides of the box and a large German cross on the cabin sides. This vehicle was with the Engineering Assault Company 771, Eastern Front, June 1943. Later done in the 3 ton pattern shown on the box.

3.     A LWS that is the box art subject(already described above).

Light tan letter A part is the hull top part.

Light tan letter B part is the hull tub. 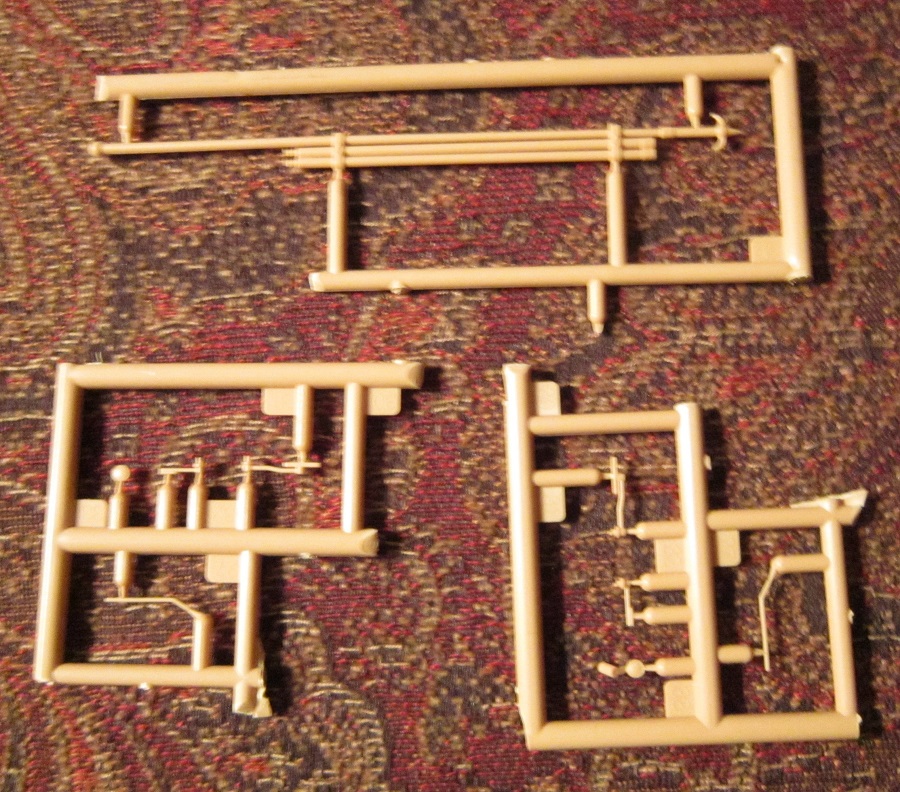 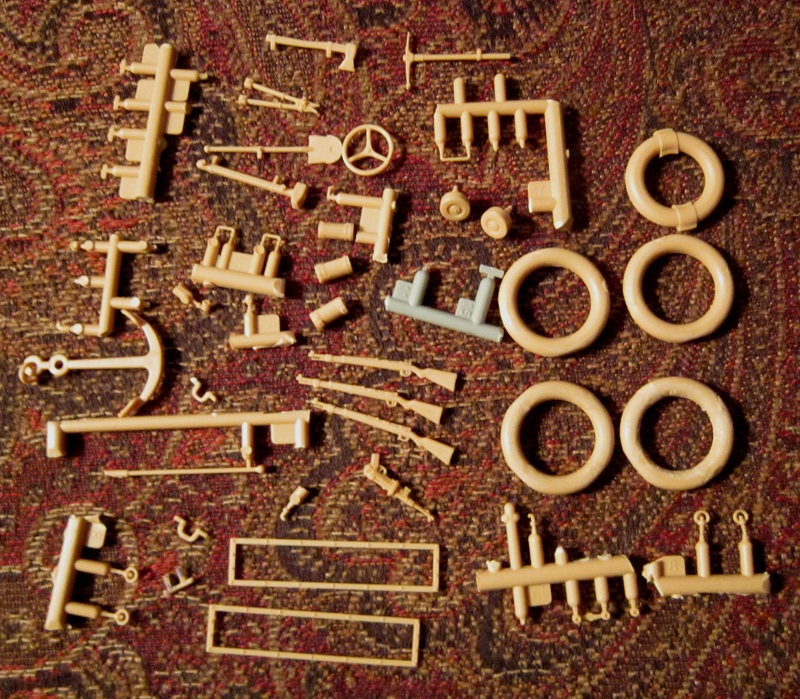 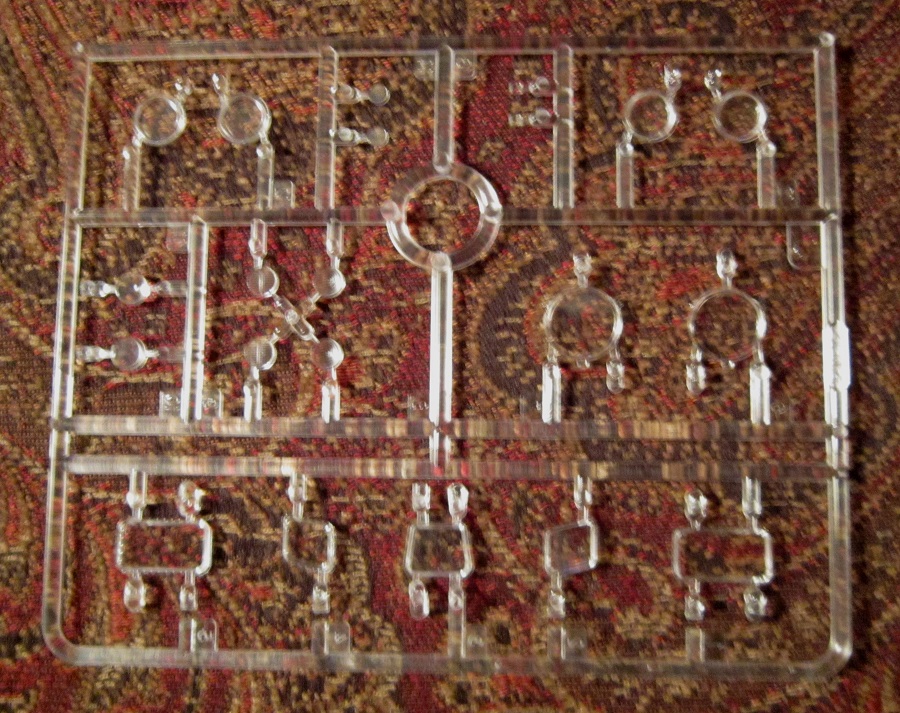 Light tan individual (and working) track links are next. They are handed, so some go on the right and some on the left of the LWS.

The length of braided white string and the cloth Kriegsmarine flag 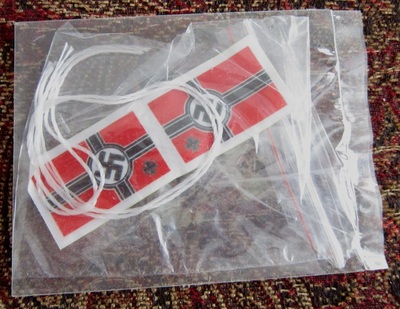 have started to build this model and have done all the assembly but some small details and the treads. I spray painted the inside of the cabin area white. I have the resin rope bumper to add after it is painted. I am going to add some braided cable for the tow cables rather than the white string in the kit. 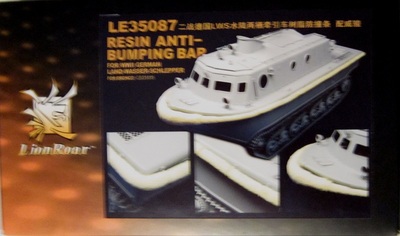 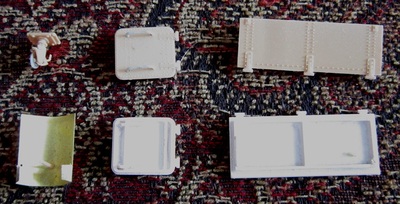 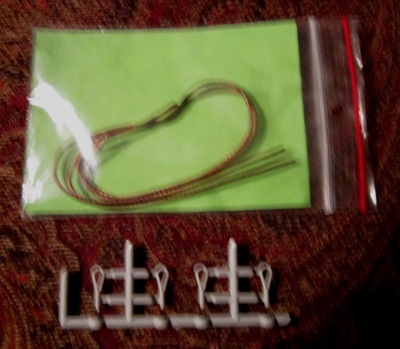 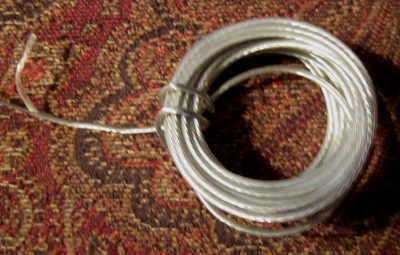 There are no figures in the box, but Italeri has announced an up-coming release of a Snell boat crew of 8 guys that would surely also work on the LWS.

Bronco did another version of this kit too, however I fail to see much difference in the two kits.

Highly recommended. It is surely a unique German vehicle that was designed for Operation Sea Lion, Hitler’s planned invasion of England across the channel that never happened. It saw very limited service and only a handful were built.