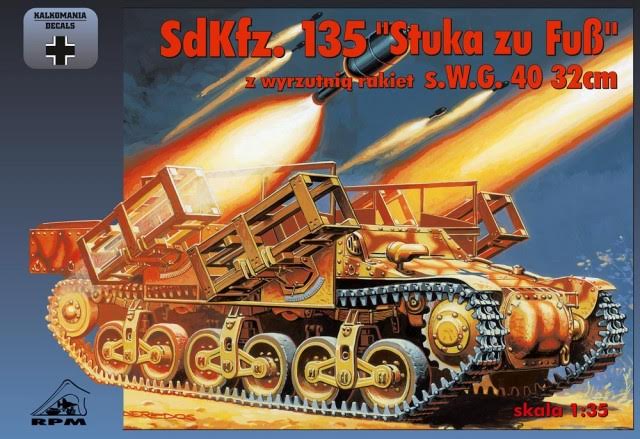 The Lorraine was a French infantry carrier. In the early 1930s the French army required a replacement for their existing Renault UE light infantry carriers (subject of another review in this issue) and the Societe Lorraine - builders of railway stock - developed a vehicle known as the Chenillette Lorraine Type 37L.

This was a simple tracked carrier for infantry or cargo, with a two-man crew protected by small cupolas. It carried no armament. Suspension was by three twin bogies on each side, with leaf springs. A second version, the Chenillete Legere, had two twin bogies, was shorter, and was used primarily for infantry work.

Production began in 1937, but in 1939 was moved to another factory. This interrupted the production, and in consequence not many were built.

In 1940 an armoured personnel-carrying version was built, with the hull sides built up with armour at the rear to form a protected passenger compartment. After the fall of France almost all of these carriers were taken over by the German army and most were used as the basis for a variety of self-propelled guns, mounting calibres between 75-150mm (2.95-5.9in).

At the end of the war the French army modified one or two by fitting the British 17pdr. antitank gun in the rear compartment, facing forward between the crew cupolas. The gun could not be fired while on the move and these modified vehicles were more in the nature of mobile antitank guns than self-propelled equipments.

Similar to the mounting of the 40/32cm rockets on the captured French Renault UE's, these same rockets were mounted on captured Lorraines by the Germans.

The rockets were mounted on the side frames still in their carrying cases. Aiming was done by simply pointing the vehicle towards the target, and the rockets were then fired one at a time in a set sequence.

The 32cm rocket had an incendiary warhead in heavy liquid form. It had a range limitation of just over 2000m (2,188 yards) and was highly inaccurate despite their spin stabilization and were consequently used en masse whenever possible.

Counterbalancing these disadvantages was the fact that they were devastating in their effects if they hit a target, and the high explosive rocket was highly regarded for use in urban fighting where houses or other structures had to be demolished.
​WHAT'S IN THE KIT:

This is the second kit of a rocket firing, captured French vehicle. The other vehicle being the French Renault UE.

The kit comes in a lid and tray type box. It contains 11 trees of very pale gray parts trees, the instructions, and two small decal sheets.

None of the parts are in cello bags.

The parts for the basic Lorraine vehicle have no lettered trees. Nor are there any part numbers molded onto these trees. You have to constantly refer to the parts tree drawings to identify these parts. 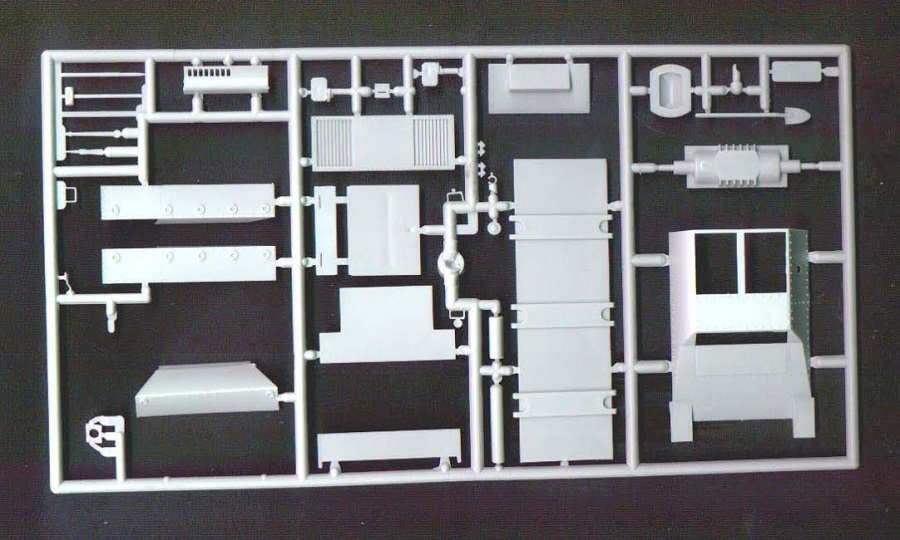 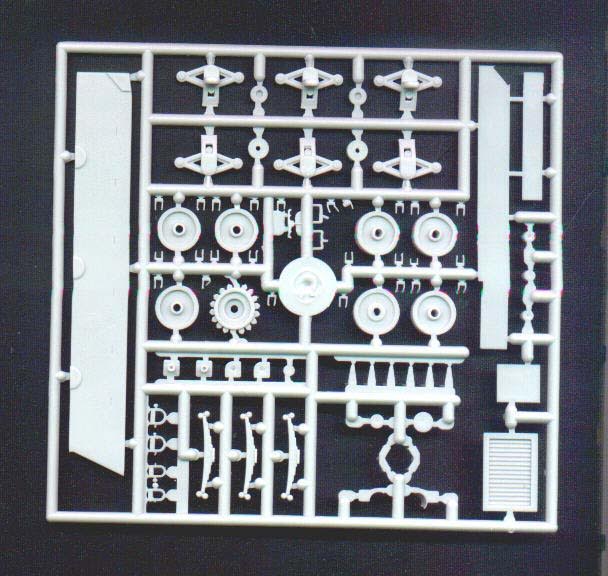 ​The last four identical trees of parts for the basic vehicle contain the individual track links. I must say here that these are "TINY"....measuring only a scant 1/4" in width. (There are 63 links per tree) 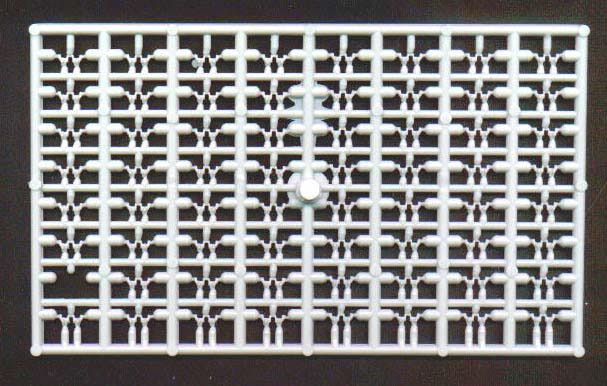 ​Why the odd count on these trees? It is because one link is missing on each tree and was probably miss molded and left at the RPM factory. 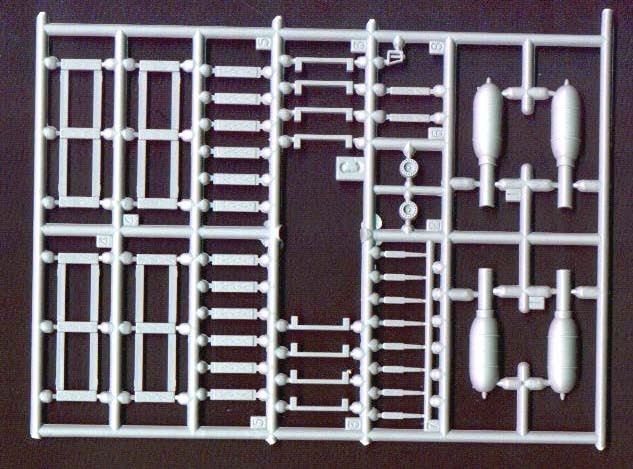 There are two small decal sheets in the kit. One sheet (the larger of the two) is almost a direct copy of the decals in the UE kit by Mirage. It is only missing the German white cross. It has the stencils for the rockets and the crates like the UE kit did. A second, smaller decal sheet has black German crosses on it - hat they want you to use - and 15th Panzer Division markings in white and black and some Afrika Korps palm tree and swastika marks that are for that version.
The instructions are 11 3/4" x 8 1/2" format and are six pages long.

Page one begins with a history of the vehicle in Polish only. This is followed by a painting and marking drawing that calls out Humbrol colors.

It shows a vehicle used in France in 1944. This drawing shows some kind of a canvas awning over the crew compartments that is not included in the kit. Too bad, it would have been a little neater if it had been included.

The bottom of page 1 and the top of page 2 show the parts tree drawings.

Like I said earlier, you will have to constantly refer to these to assemble the basic vehicle.

The bottom of page 2 through page 6 has 24 assembly steps to finish this model.

Step number 13 refers to the individual links. It has an arrow pointing at the completed runs in the drawing there with 28 x 104 as a label at the end of the arrows.

Anybody know what the heck they're trying to tell us here???

The only interior parts provided are two seat bottoms in the driver's compartment. Hardly the detail needed there if you wanted to do an interior!

I think that this kit and the companion kit of the UE with the same rockets on it will look neat beside each other. I really like special purpose vehicles.

I'm not really looking forward to assembling those teensy weensy individual tracks.However I have assembled some of the kit already: the chassis, rocket rack and rocket crates and the rockets.

Otherwise this kit is highly recommended.
I want to, again, thank my friend Mitsu in Japan for trading this kit to me years ago