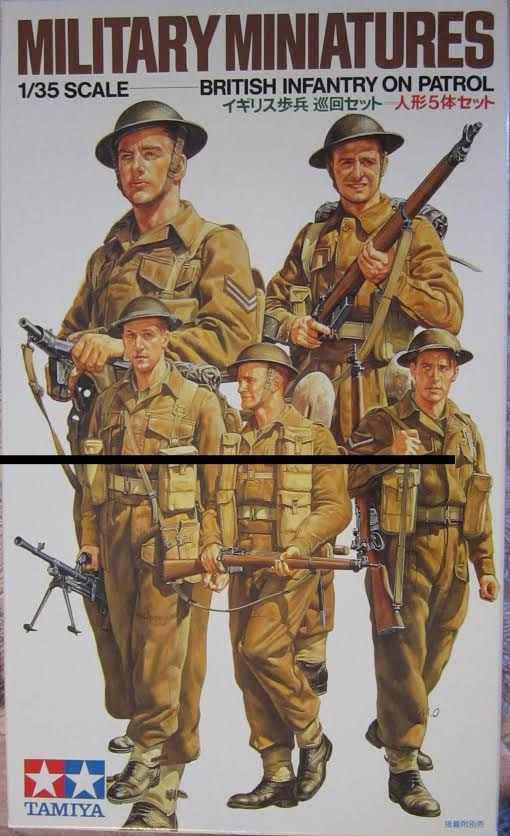 This kit comes in a shrink-wrapped end opening type box. I am no fan of this type of box, because invariably parts or the decal sheet will find their way past one of the end flaps to become lost forever. Give me a tray and lid type box any day of the week.

The box art shows 5 British infantrymen posed against one of Tamiya's signature all white backgrounds that they do most of their box arts as.

All 5 figures wear P37 battle dress khaki shirts and trousers bloused into gaiters over low shoes. They all wear Mk. II steel helmets. 3 of them are armed with Lee Enfield No. 4 Mk. 1 rifles.

They all have canvas ammo pouches slung in front of them and other field gear.

They are just all standing and in rather ho-hum poses, but the detail on them is good.

The bottom of the box serves as the assembly and painting instructions. 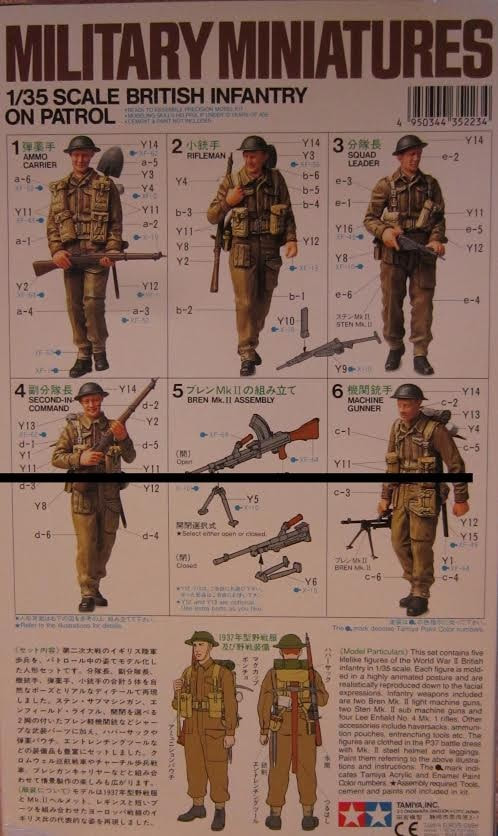 There is a front view of all 5 figures and a further front and rear view of one of them all in color.

There is also a paragraph in Japanese and English telling about them, over Tamiya's street address in Shizuoka City, Japan. Kit was made in Japan.

One side panel has color illustrations of: Tamiya's kit no. 3522, a British Cromwell Mk. IV tank, a Lee Enfield No. 4 Mk. 1 rifle, a Sten Mk. II sub machine gun, a Bren Mk.II machine gun, a shovel and a pick ax, followed by Tamiya's office street address in Valejo, CA and Made in Japan.

This is followed by the copyright of the kit of 1998.

Trees are alphabetized as letters Y and Z. 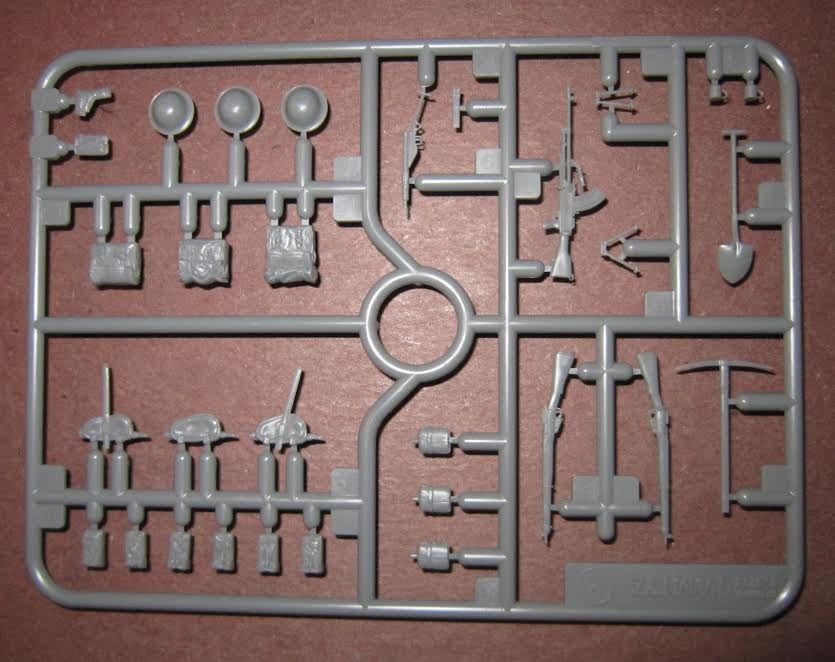 ​The large medium-grey letter Z tree holds: the 5 figures. They are divided into separate heads, torsos, arms and legs (30 parts) 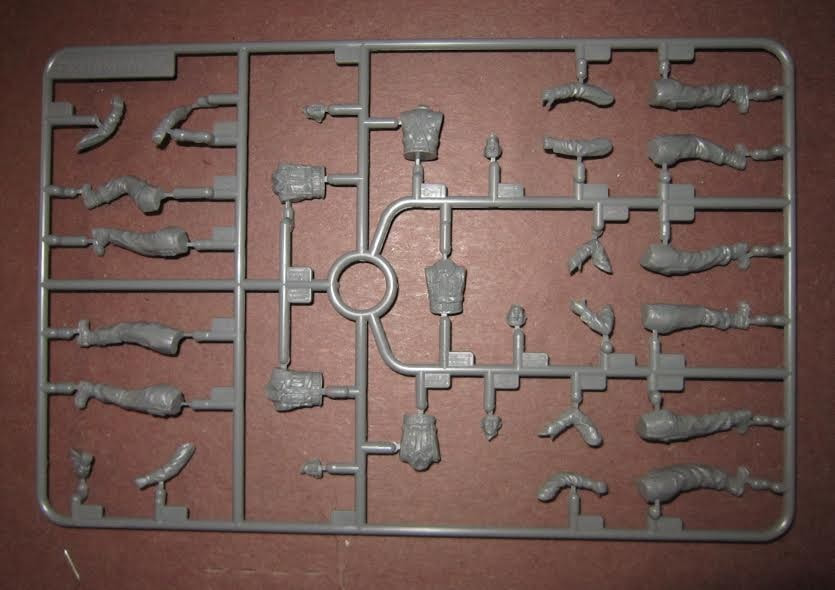 ​There is a small slip in the kit of "Important information concerning this kit", in 13 languages, including English.