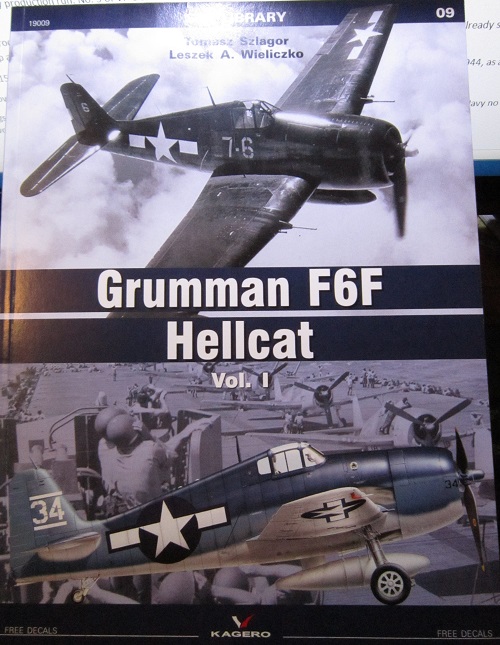 The Grumman F6F Hellcat was a carrier-based fighter aircraft conceived to replace the earlier F4F Wildcat in United States Navy (USN) service. The Hellcat was an erstwhile rival of the faster Vought F4U Corsair for use as a carrier based fighter. However, the Corsair had significant issues with carrier landing that the Hellcat did not, allowing the Hellcat to steal a march as the Navy's dominant fighter in the second part of World War II, a position the Hellcat did not relinquish. The Corsair instead was primarily deployed to great effect in land-based use by the U.S. Marine Corps.

Although the F6F resembled the Wildcat in some ways, it was a completely new design,[4] powered by a 2,000 hp Pratt & Whitney R-2800, the same powerplant used for both the Corsair and the United States Army Air Force's (USAAF) Republic P-47 Thunderbolt fighters. Some military observers tagged the Hellcat as the "Wildcat's big brother".

The F6F was best known for its role as a rugged, well-designed carrier fighter which was able, after its combat debut in early 1943, to counter the Mitsubishi A6M Zero and help secure air superiority over the Pacific Theater. Such was the quality of the basic simple, straightforward design, that the Hellcat was the least modified fighter of the war, with a total of 12,200 being built in just over two years.

Hellcats were credited with destroying 5,223 aircraft while in service with the U.S. Navy, U.S. Marine Corps and the Royal Navy's Fleet Air Arm[7][N 2] This was more than any other Allied naval aircraft. Postwar, the Hellcat was phased out of front line service, but remained in service as late as 1954 as a night fighter. 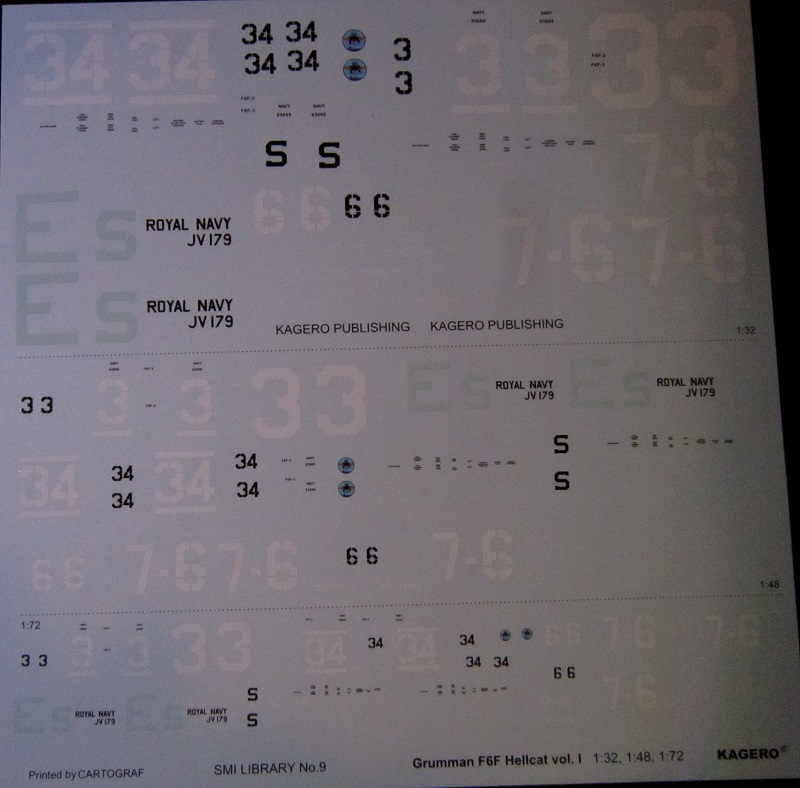 This book also came in a self-sealing form-fitting cello bag.

The cover art shows a Hellcat at the top in a black and white photo of it flying above the clouds. It is overall dark navy-blue with a white 7-6 under the cockpit and white stars with white bars on the fuselage sides and the top of the left wing. A small white 6 is on the rudder.

The bottom half of the cover has a color illustration of another Hellcat who’s upper half is navy blue and the underside is grey which swings up and covers the rudder. It has a darker blue ball with white star on it and white bars done large on the fuselage sides and under the right wing. On the rudder is a white bar with the number 34 in white  below it and another white bar below the numbers. This illustration is superimposed over a photo of a carrier deck.

There are 142 black and white photos in the book.

Page 89 has the color covers of other books that Kagero publishes. They do ones on aircraft, armor and ships. Some are in 3D and some like this book come with free decal sheets. These covers can be seen on the Casemate site, who is the distributor for Kagero.

A the back of the book there are color profile illustrations:

1 A F6F-3 (BuNo unknown) of a very early production run. No. 3 of VF-6 stationed aboard the USS Intrepid (CV-11), early 1944. (this caption in English and Polish) It shows both sides of the fuselage and the bottom and top of the wings.

2. A F6F-3 (BuNo unknown) of a late production series. No. 34 of VF-8 stationed aboard the USS Bunker Hill (CV-17), June 1944. This is the one already shown in the bottom half of the cover art. It is a 4-view illustration showing the sides, top and bottom of the aircraft. (caption in English and Polish)

The nifty decal sheet has markings on it for number 34 in 1/32nd scale and the Fleet Air Arm coded E-S.


I highly recommend this book to modelers and aviation historians alike.