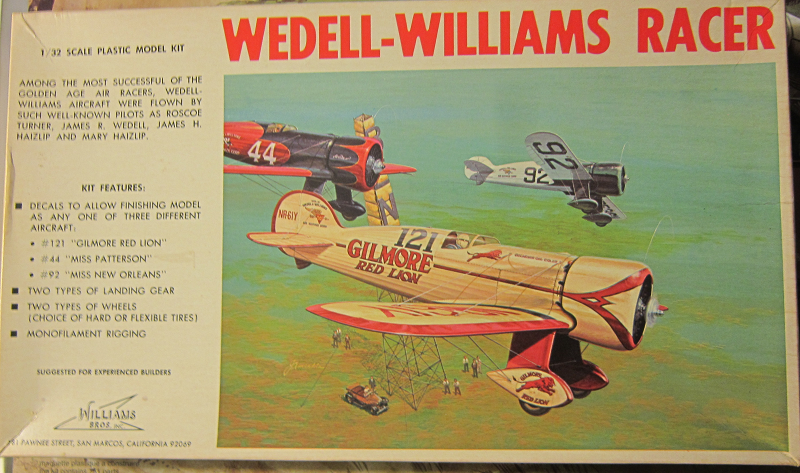 Wedell's passion for air racing led him to convince Williams to build a racer for the January, 1930 Miami Air Races.

This first aircraft was named "We-Will" but as development and testing continued it became apparent it would not be ready for the 1930 Miami event. Wedell halted development of the "We-Will" design and began a new aircraft, the "We-Winc".

In parallel to the development of the We-Winc, Wedell began the construction of a third aircraft, the "We-Will Jr." This aircraft first appeared in the Cirrus Derby held in Detroit on July 21 but the design proved to be under-powered.

Further development with improved aerodynamics, numerous technical innovations and a Hamilton Standard ground adjustable propeller radically changed the aircraft's appearance. Incorporated into the design were the wheel spats that would be an iconic feature of the future racers.

It was a typical construction with a braced, low-wing monoplane utilizing fixed landing gear in large spats. This version was however also under powered. In development and in competition this version, by now dubbed "Model 22" proved to be a disappointment and further development was abandoned.

Williams Bros., years ago, at the time I purchased my kit, was based in San Marcos, CA. They went out of business for a few years and now are back again and based in Round Rock, TX.

The box art shows 3 of the Wedell Williams racer's turning around an air-racing pylon while 7 spectators next to a convertible watch from the ground.

The 3 aircraft are in different schemes they used during their careers.

The one in the foreground is all white with red around the edges of the wings, rudder, elevators and wheel pants. It has a red pin stripe down the length of its fuselage. There is a red lion on the sides in front of the windshield with Gilmoire Oil Co. in front of it.

There is a black serial no. over a red Gilmore Red Lion on the fuselage sides, black serial no. NR-62Y on the rudder flap and MANUFACTURED BY WEDELL WILLIAMS over their logo and AIR SERVICE CORP. below the logo. Another red lion on the wheel pants with the words GILMORE RED LION.

The second aircraft has red wings, tail and rear of fuselage and front of the cowling with black wing roots and forward part of the fuselage. These colors have scalloped edges outlined in bronze.

The third aircraft is overall white, The cowling, forward part of the fuselage, wing roots and landing gear are black. It has a black 92 on the fuselage sides, followed by Wedell William's logo. There is a black serial no. NR536V on the rudder flap sides and on top of the starboard wing and the black 92 below the starboard wing.

One side of the box art gives a one-paragraph history of the plane "Among the most successful of the Golden Age of Air Racers, Wedell-Williams aircraft flown by such well-known pilots as Roscoe Turner, James R. Wedell, James H. Haizlip and Mary Haizlip".

Below this is William Bros. street address when they were still in San Marcos, CA.

One side panel has 6 color cover arts of other aircraft kits that Williams Bros. manufactures: a Northrop Gamma, Douglas World Cruiser, Gee Bee racer, Curtiss C-46, Martin B-10B and Boeing 247. No kit numbers or scales are shown for these 6.

The other side panel shows illustrations of other accessory products that Williams Bros. manufactures: a Le Rhone Rotary engine, a Spandau machine gun, a Vickers machine gun, a Parabellum machine gun and a Lewis machine gun. Pratt & Whitney Wasp engine and a Wright Whirlwind engine. No kit no's or scales shown for these.
WHAT'S IN THE BOX:

The first instructions consists of a single sheet, printed on both sides in 11" X 17" format.

The face side begins with a head-on line drawing illustration of the aircraft over a one-paragraph history, detailed instructions and other data.
The reverse side has three 2-views of each of the schemes (already described above).

The second instruction sheet is a single sheet, printed on one side in 8 1/2" x 11" format. It has exploded drawings on it for assembly purposes.

Threes are not alphabetized or illustrated in the instructions and have no part number tabs next to the parts on the trees. Bad move Williams Bros. !! 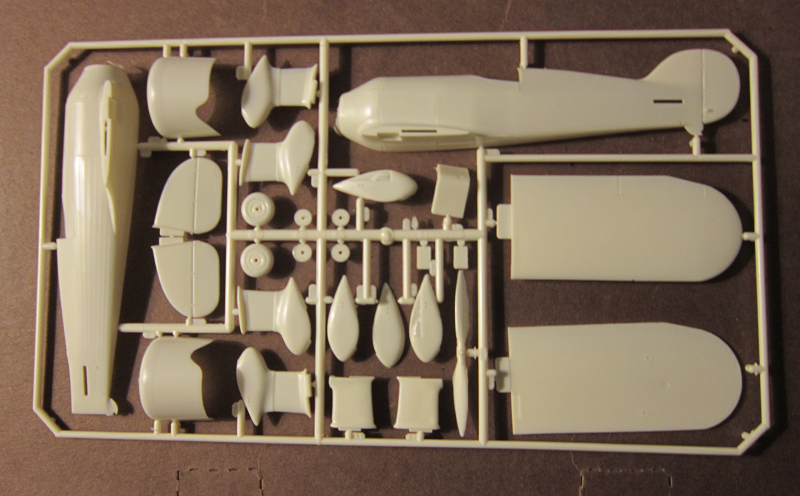 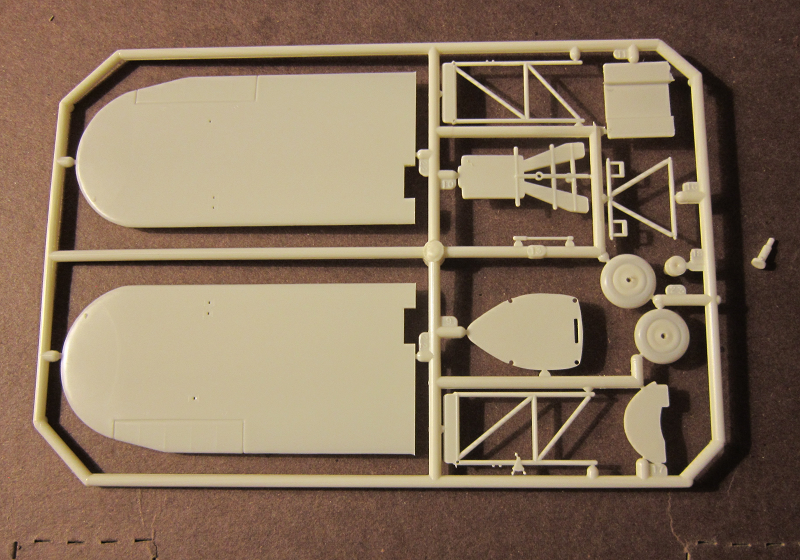 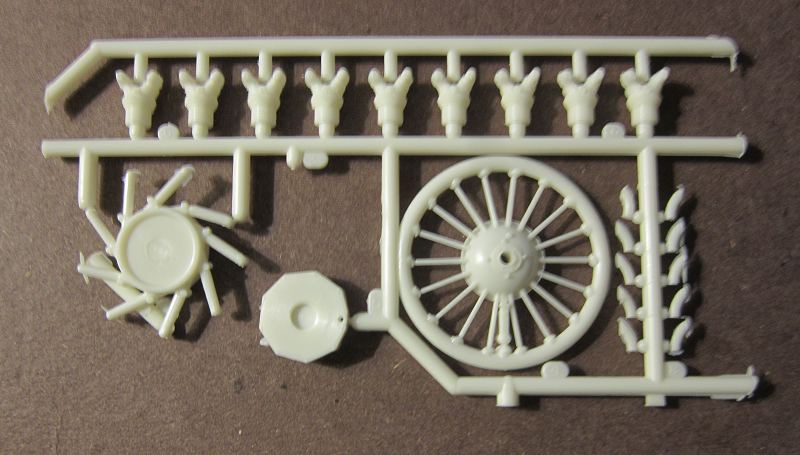 ​The black vinyl tubing and tires, length of mono-filament for wing wire bracing and the clear canopy are next. 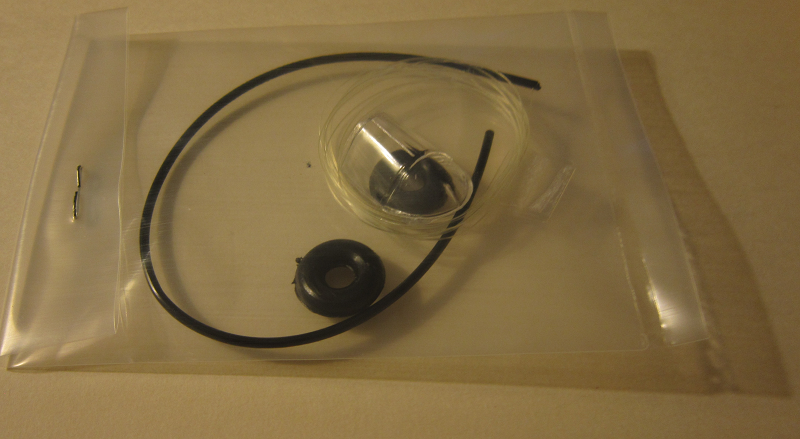 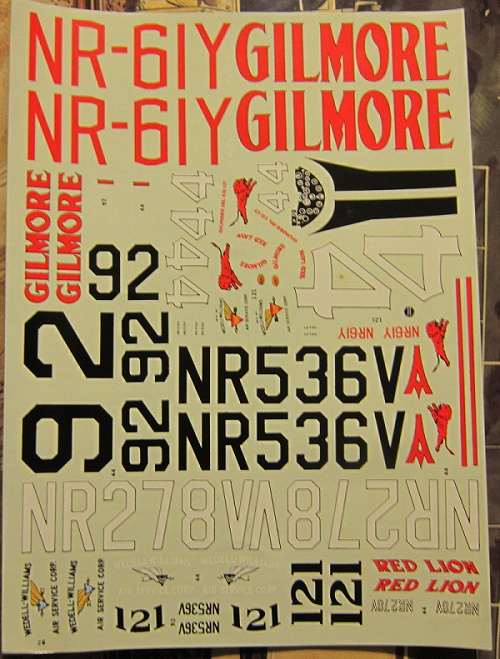 This kit has nicely raised detail. No pilot figure is included and all flaps are molded solid.

The assembly instructions could be less confusing than this exploded drawing.

​I have all the Williams Bros. kits of racing aircraft in my model stash.