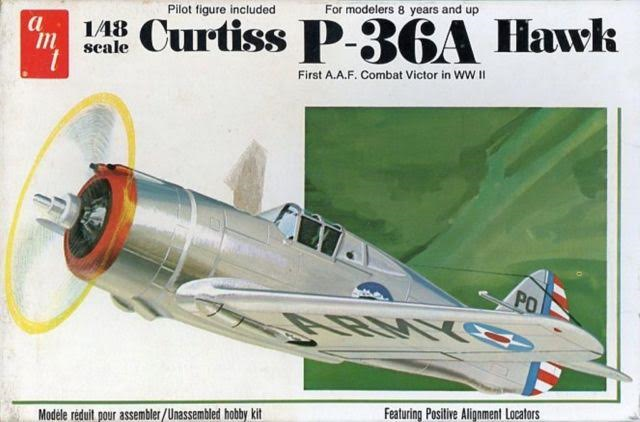 Kit no. T645
By Ray Mehlberger

I paid a whopping $2.58 for my kit back in 1980 (according to the sales tape still in the box) at a local hobby shop that since went out of business.
​HISTORY:

The P-36 was a pioneer of modern American fighter design- the all metal, low wing monoplane with single seat enclosed cockpit and fully retractable landing gear. Successor to the famous Curtiss Hawk biplanes, its development began in 1934, contemporary with Great Britain's Hawker Hurricane and Supermarine Spitfire, and Germany's Messerschmitt Bf-109 - a vintage year for fighter aircraft.
The prototype, Curtiss design 75, underwent competitive evaluation in 1935 and 1936 which resulted, in 1937, in the largest government fighter contract since WWI.

P-36A deliveries began in 1938, and by 1941 Hawk equipped squadrons were stationed in Alaska and Hawaii, as well as the continental U.S. When Pear Harbor was attacked, the Hawk was already considered an obsolete design and was in the process of being replaced by its successor, the P-40.

Never the less, its place in history was established when four P-36A's of the 46th Pursuit Squadron engaged a flight of eleven enemy attackers and scored the first American combat victories of WWII.

AMT Corporation went out of business and their molds went to Round 2 brand.
My kit came in a shrink-wrapped end-opening type box.

I am no fan of this type of box, because invariably parts of the decal sheet find their way past one of the end-flaps to become lost forever. Give me a tray and lid type box any day of the week.

The box art shows a P-36A posed against a background that is split in two, with half of it white and the other halve orange.

It shows a P-36A in flight. It is overall bare metal with a red cowling front, large black U.S. ARMY under the wings, alternating horizontal white and red stripes on the rudder flap behind a vertical dark blue bar. It has a black PO over 45 on the rudder sides.  There is a squadron logo under the cockpit of a blue circle with a white cloud that is in a circle on it.

One side panel has a one-paragraph history of the P-36, followed by a 3-view line drawing of the plane.

The other side panel has 5 line drawings on orange backgrounds showing typical applications of interlocking parts and locating pins for easy, precise assembly.
AMT's address in Troy, Michigan is shown. Kit was made and litho in USA and paint and cement are not included in the kit.
​WHAT'S IN THE BOX:

The kit contains 2 chalk-white trees and a clear cockpit canopy in a sealed clear cello bag, some loose dark-green parts, the decal sheet and instructions.
Parts trees are not alphabetized, illustrated in the instructions, nor have any part no. tabs next to the parts on the trees. Bad move AMT!!

The instructions consist of a single-sheet, folded in the center to create 4 pages in 6" x 10" page format, folded 3 times again to fit the box.

Page 1 begins with READ THESE POINTS BEFORE YOU BEGIN instructions over pictures of tools suggested for you to use and the first assembly step.

Page 2 and 3 give a balance of a total of 4 assembly steps.

Page 4 has a 3-view on it for painting and marking purposes.

It is the box art subject already described above, over a mail in coupon to get a AMP kit catalog and their street address again. 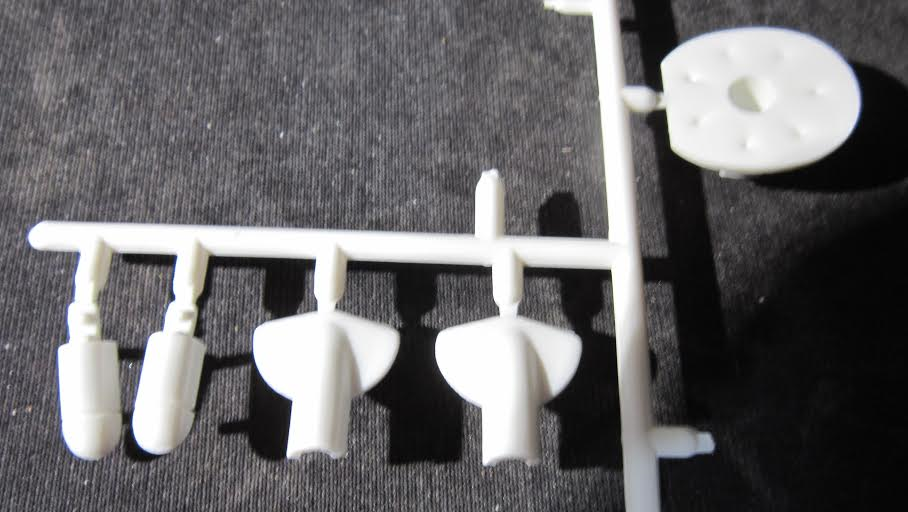 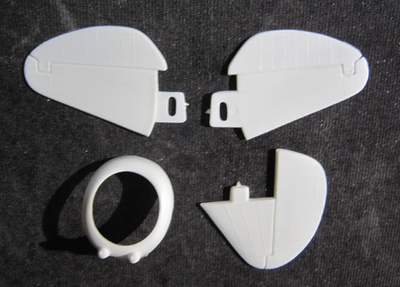 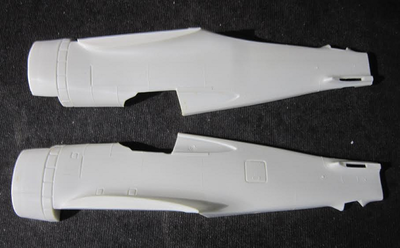 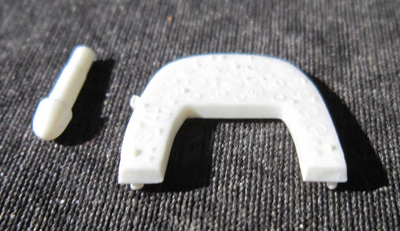 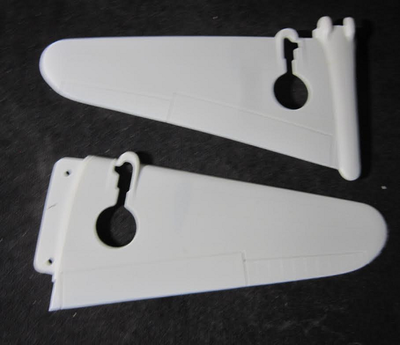 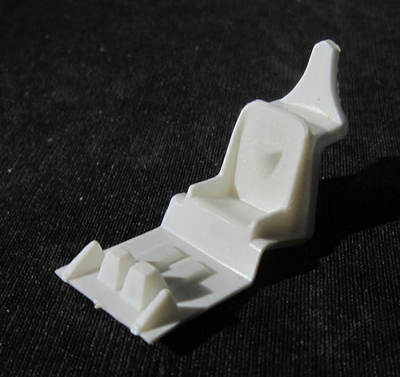 ​The dark green parts in the kit are a mystery to me. I don't think they were part of the it, because other than a propeller and cockpit floor they duplicate chalk-white parts.

There is a dashboard, seat, cockpit floor, propeller and bulkhead (5 parts)

​The clear part is the closed canopy. To show the cockpit interior it would have to be cut open. 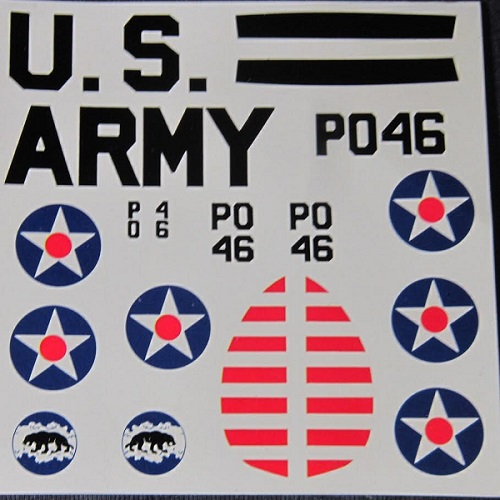 ​However, I purchased the Microscale brand decal sheet no. 48-50 for the P-36
Hawk. It has squadron markings for 2 other U.S. squadrons on it and markings for a French Vichy P-36. 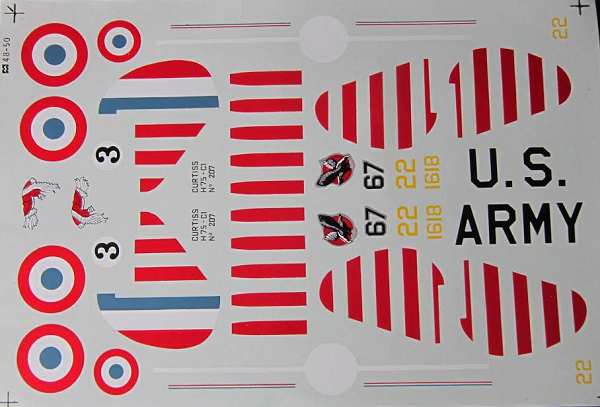 2. A P-36C with the 27th Pursuit Experimental War Games Camouflage, Selfridge Field, MI. It is in a vertical slanted wave pattern of white, lavender, forest green, orange and bottle green. It has a cicle on the sides of the fuselage just behind the cockpit that is black with a silver eagle on it.

3. A Hawk 75A-3 with the French Vichy Air Force, 2nd Escadrille, GC 11/4, Dakar, Senegal, 1941, it is in a wave pattern of chocolet, terre foncee (earth)  and vert (green) with a pale blue undercarraige. it has red and yellow horizontal stripes on the cowling and rudder, with a white circle with a black 3 on it on the rudder also. There is a long white stripe down the length of the fuselage with the French
roundel over it.
The kit has both raised and engraved panel lines.
​Recommended.