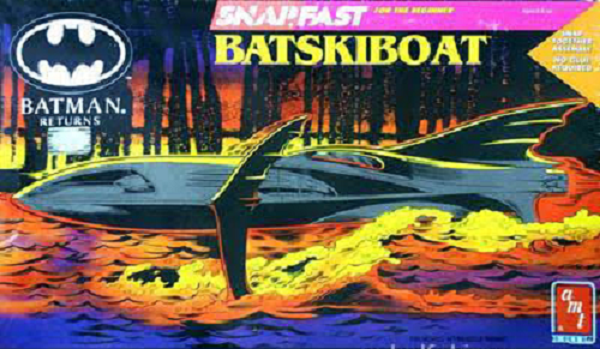 Batman uses the jet-powered hydrofoil near the climax of the film to travel through Gotham's sewer system towards the Penguin's lair.

The Batskiboat's design has elements from the film's Batmobile and the figure of a shark. It is a single-seater and has the same extras as the Batmobile, including torpedo launchers. It also has a radar, which can be used by Batman to monitor each area of Gotham City.
​THE KIT:

The box art is a cartoon drawing of the Batskiboat cruising along with pier pilings in the background.

There is a metal sticker on the box that when you turn it in the light one way it says "BATMAN LICENSED PRODUCT, COPYRIGHT 1991 & TRADEMARK OF DC COMICS".

When you turn it the other way it shows the bat signal.

One side panel has a proof of purchase coupon on it, followed by: "Batman and all releated characters, logos and indics are trademarks of DC Comics Inc. The copyright 1992, Ertl's address in Dyersville, IA and MADE IN USA, followed by a black and white photo of the boat made up.
​The other side panel says the kit is a SNAP FAST kit for beginners over features of the kit: removable cockpit roof with separate smoke tinted windshield, detailed interior includes hi-tech seat with headrest and shoulder restraints, separate throttle control and instrumentation, aerodynamic body styling included, hydrofoils and vertical tail fin.

​The kit contains 18 easy snap together parts and complete assembly instructions. Molded in black with bright chrome-plated parts, followed by the photo of the boat made up again.
​WHAT'S IN THE BOX: 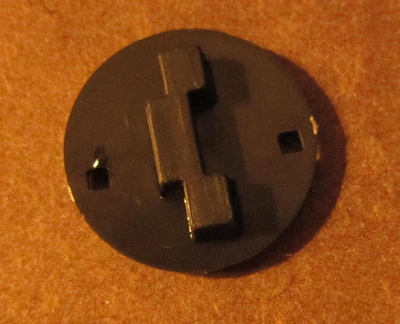 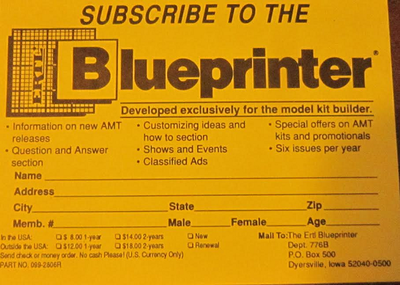 ​Trees are not alphabetized or illustrated in the instructions. The do, however, have part number tabs next to the parts on them.

There is a correction sheet also in the kit to fix the seat parts. No decal sheet or batman figure is included. 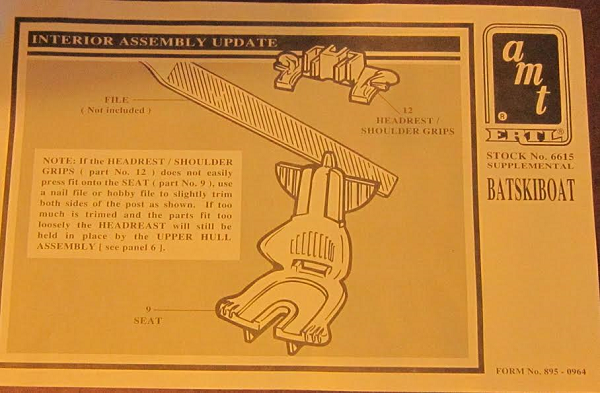 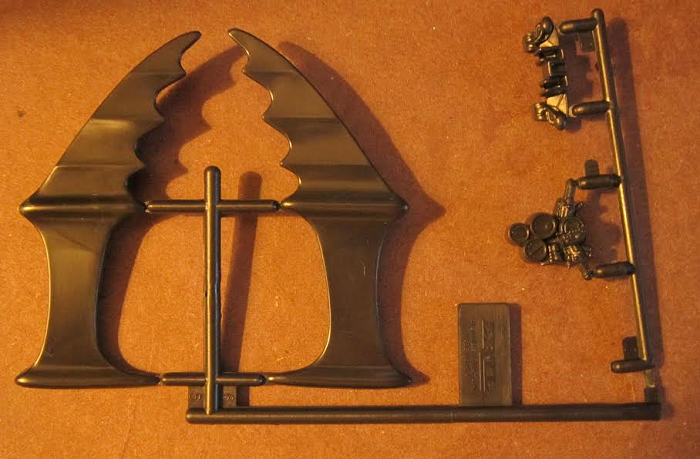 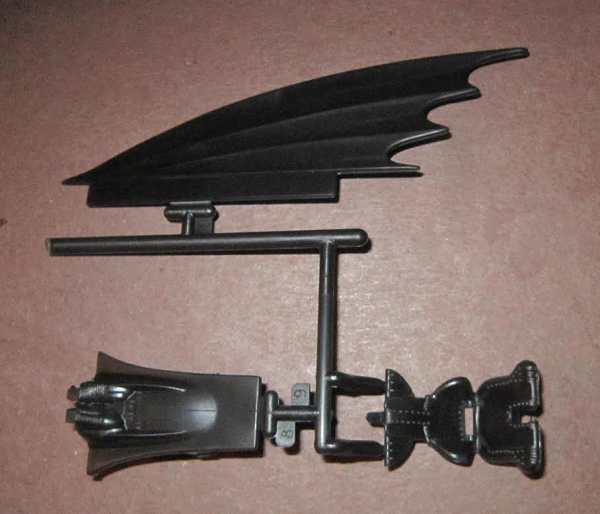 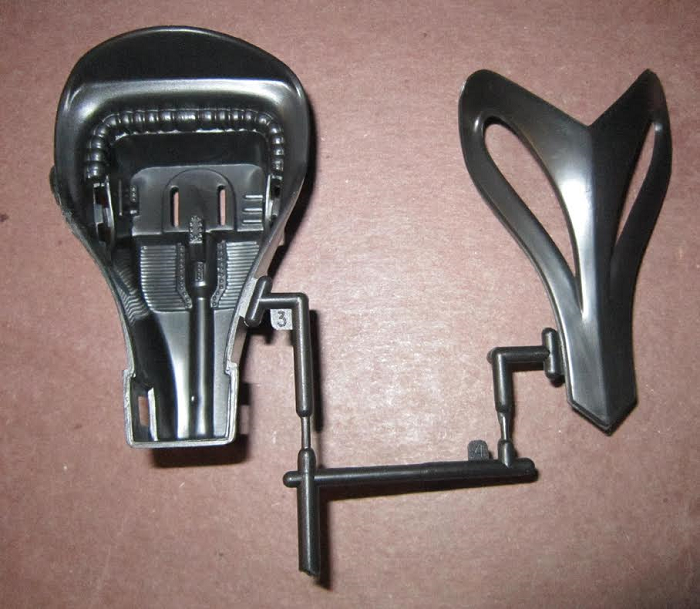 ​Next is the loose jet-black hull top and bottom parts. 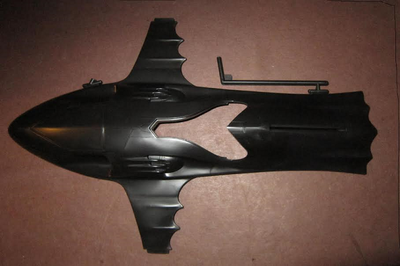 ​The clear part is the smoke tinted windshield. 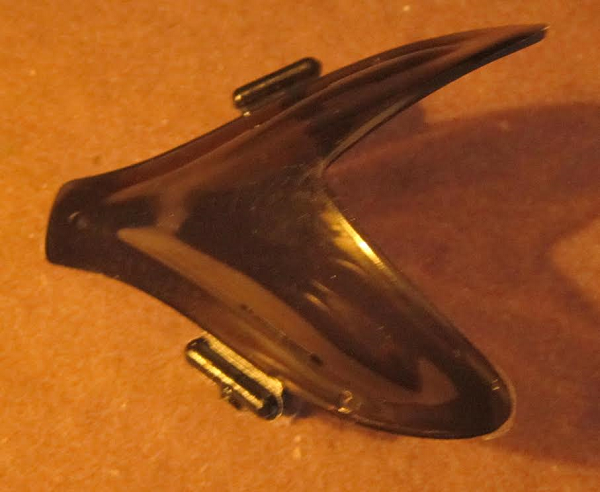 ​The instructions consists of a single-sheet printed on both sides in 17 1/2" x 23 1/2" format, folded several times to fit the box. It holds 8 assembly steps and a black and white illustration of the Batskiboat cruising down a tunnel over IMPORTANT instructions, illustrations of recommended tools and Ertl's toll free 1-800 phone numbers to call with any problems with the kit, their P.O. Box address in Dyersville, IA and PRINTED IN THE USA.

A card to use to subscribe to the Ertl's Blueprinter newsletter is in the kit.