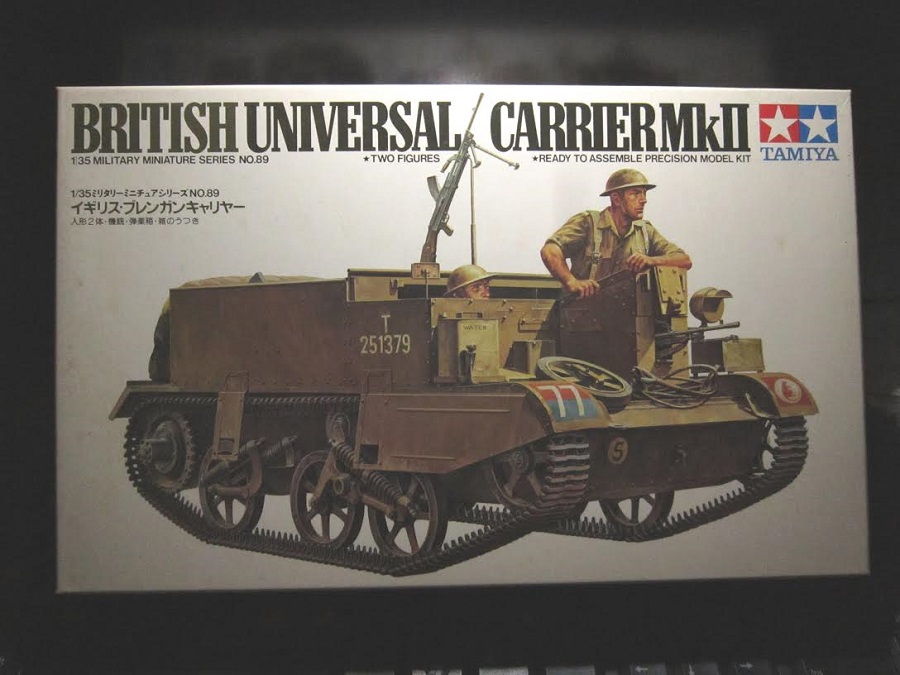 The small tracked carrier was a vehicle peculiar to the British and Commonwealth Armies during 1939-1945, when Germany and the USA were using half-tracks and wheeled weapons carriers.

Development of small tracked vehicles dated back to 1925, when Major Gifford Martel constructed a one-man “tankette” to interest the British War Office. The Army ordered variations on the design from the firms of Morris, Crossley and Carden-Loyd. The first built in quantity was the Carden-Loyd Mk. VI in 1927-28. Carden-Loyd were by this time absorbed by Vickers-Armstrong.

The basic Carden-Loyd Mk VI was copied or license-built by many foreign powers. It saw service as a machine gun carrier, light gun tractor and mortar carrier, and firmly established itself especially in the British Army.

In 1934, Vickers-Armstrong produced an enlarged vehicle. The VA D50 which had a hull, tracks, and running gear similar to the Vickers light tanks. In production this became the Carrier Machine Gun No. 2 Mk I. Mk I in improved form Carrier Machine Gun No.2, Mk I. The No.2 model had the armoured front gun housing,. Giving protection to the gunner, which remained on later models.

These vehicles carried a Vickers machine gun, until the Czech designed Bren gun was adopted by the British. A new model carrier designated Carrier Bren No. 2, Mk I (and later Mk II) entered service in 1939. It had a Ford V-8 85 bhp engine mounted centrally towards the rear and had a front armoured compartment for driver and gunner, with a compartment for a third man. Variations were the Scout Carrier and Cavalry Carrier.

Experience showed the need for one version able to carry out all roles. First model was Carrier Universal No. 1, Mk I (No. 2 with American-built Ford engine). Similar to the Bren Carrier it had a full length crew compartment each side of the engine. It wa improved with welded watertight superstructure. It was designated Carrier Universal No. 1, Mk II (No. 2 with the American-built engine. No. 3 if Built in Canada. The Universal Carrier was produce in thousands. Canada, Australia and New Zealand also building it.

It was truly one of the classic military vehicles of all time.

Armament and stowage depending on role

The box art shows a Universal Carrier Mk II posed against one of Tamiya’s signature all white backgrounds that they use for most of their box arts.

It is overall dark green. It has a white serial no. T over 251379 on the forward ends of the hull sides. There is a black square with a white no. 77 on it on the left front fender. A yellow circle with a black rat figure on it is on the front of the right fender. Low on the left side of the bow is a yellow circle with the no. 5 on it.

A standing figure is looking out of the top on the right and the head of another crewman is visible just looking over the left side. A Bren gun is mounted on a high pedestal on top of the carrier.

One side panel repeats the box art smaller and in color, followed by the history of the carrier in Japanese. A color illustration of the seated crewman is next and Tamiya’s address in Japan is supplied.

No kit numbers are given for any of these 3 kits.

Made in Japan is said here also.

This kit contains 4 light tan trees of parts, black vinyl treads and the decal sheet in 2 stapled-shut cello bags, a length of white string and a small tube of glue.  The 2 sets of instructions (one all in Japanese and one in all English), a small sheet that has a color photo of the British ¾ ton Ambulance Rover 7 (kit no. MM182) & the British S.A.S. Land Rover (kit no. MM176) both made up. The reverse side of this sheet has color swatches of hobby paints that Tamiya also markets. 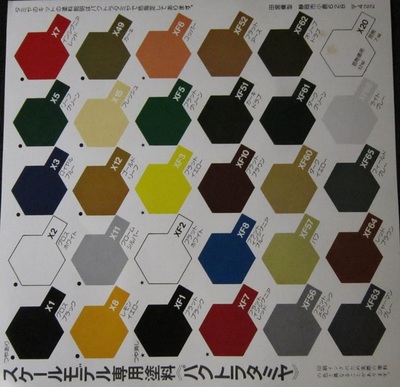 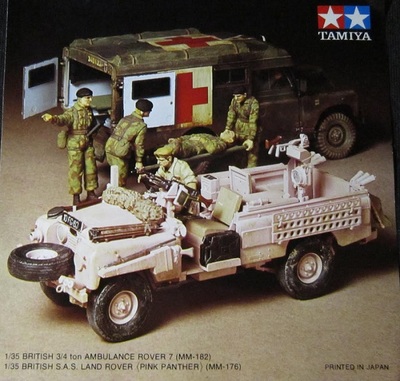 The instructions consists of a single long sheet that is 8 ¼” x 23 ¼” folded 3 times along it’s length to fit the box.

The instructions begin with a black and white photo of the model made up showing one side and the rear. The side view one is painted dark green with wave patterns in black. This followed by the history of the carrier in English and German on one of the 2 instruction sheets. 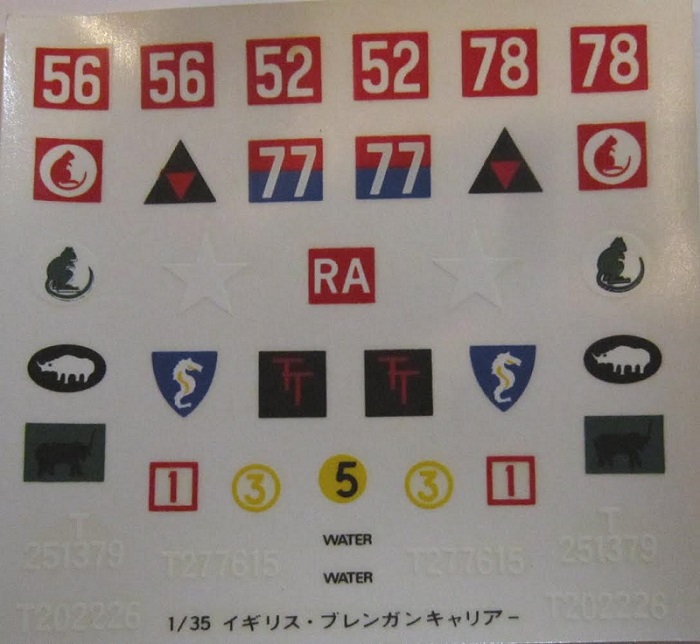 The bottom of the page has READ BEFORE ASSEMBLING

The other side of the instructions continues with a balance of a grand total of 12 assembly steps.

We are shown how to hot-rivet the tracks together into a loop (these are not the newer glueable type tracks), how to stretch sprue over a candle flame to make an antenna and how to add the tow rings to the ends of the string for a tow cable.

There are 3 illustrations of other AFV kits Tamiya markets shown:

No kit no. is given.

The second instructions is all in Japanese. 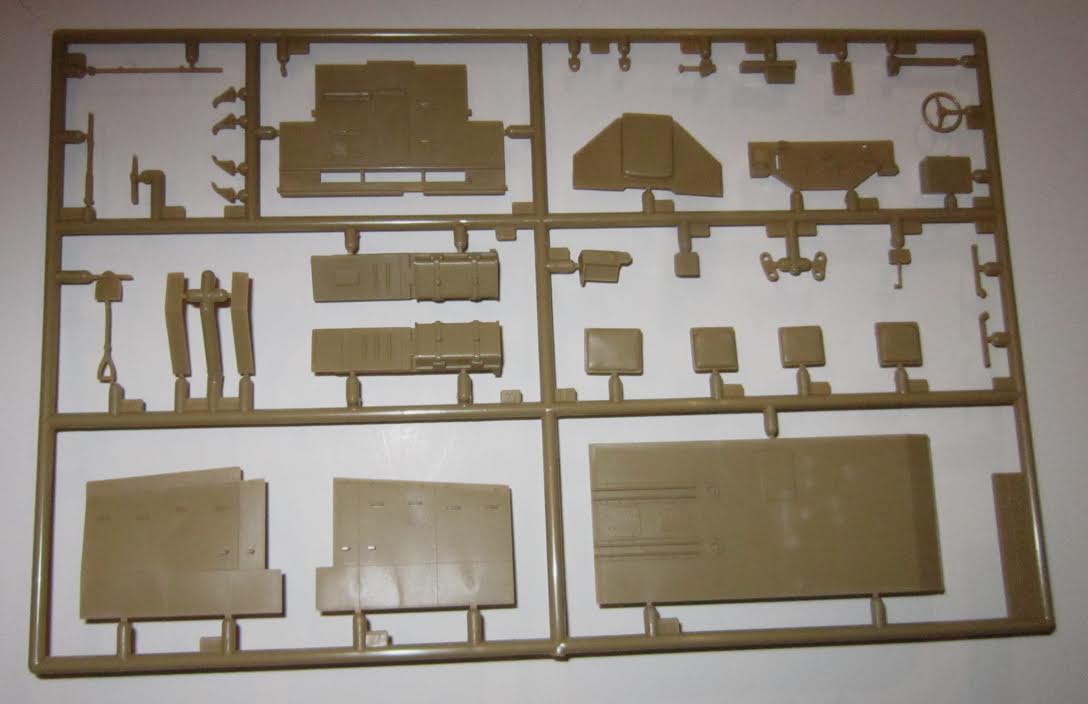 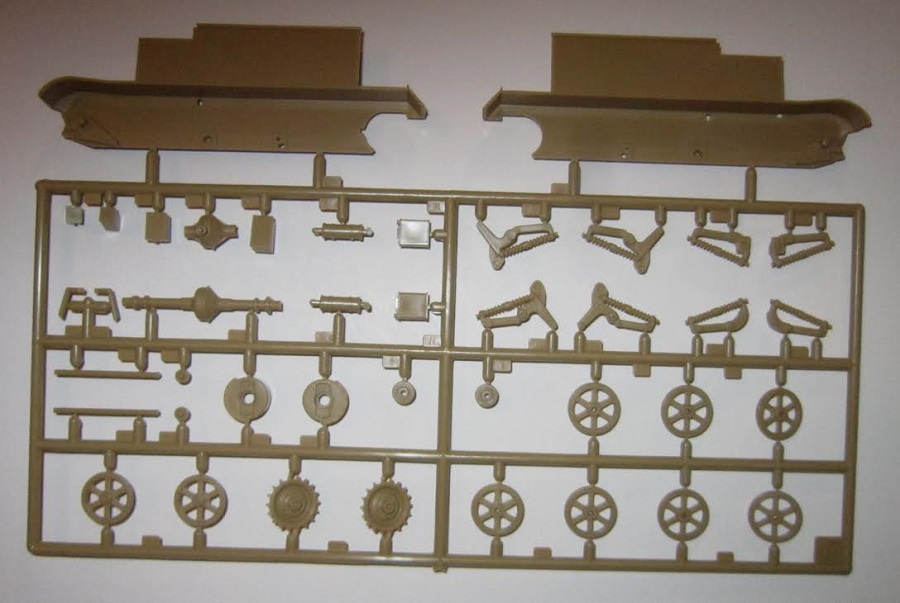 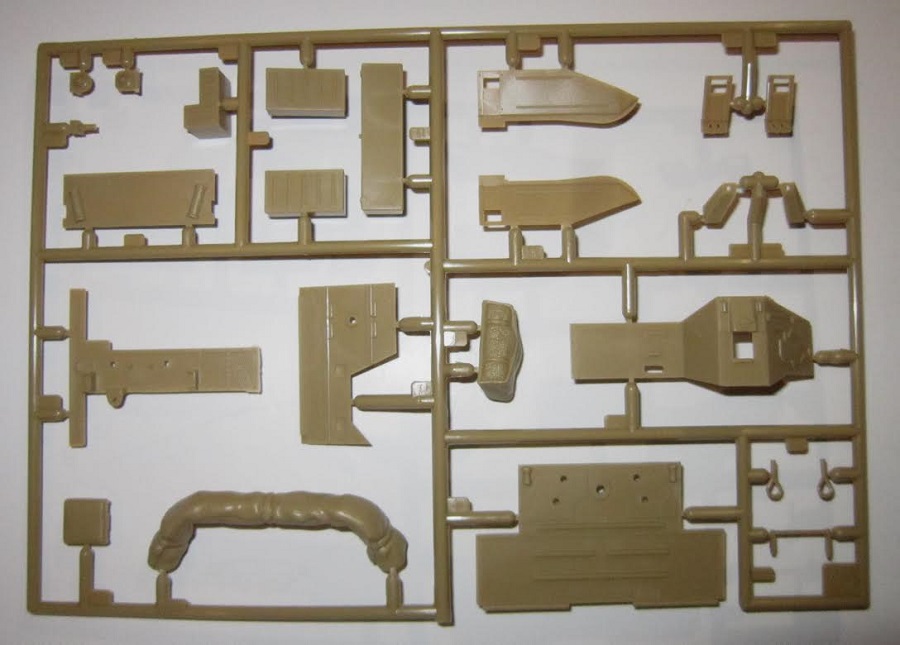 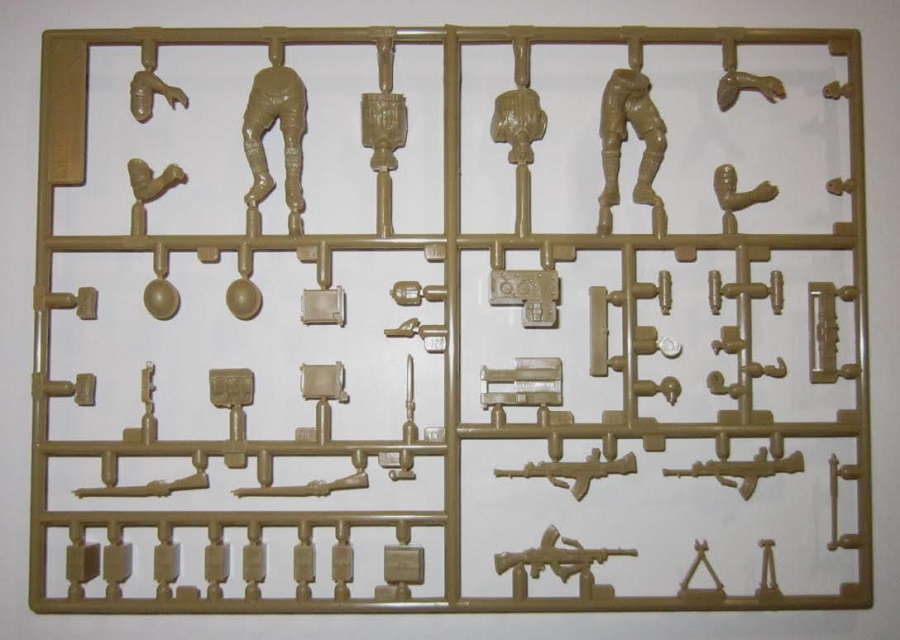 The 2 runs of black vinyl treads are next, along with the length of white string.

A small tube of glue is included in the kit. Long gone rock hard over the years. 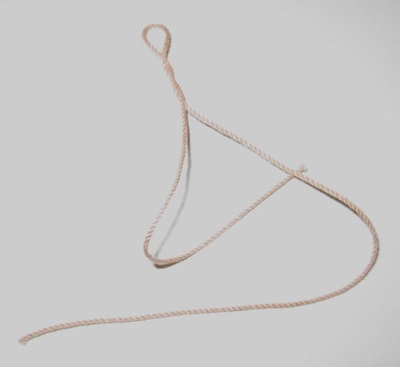 This is a neat kit, with lots of detail filling the inside. Highly recommended.
Sprue Bros has a re-issue of this kit for $20.00