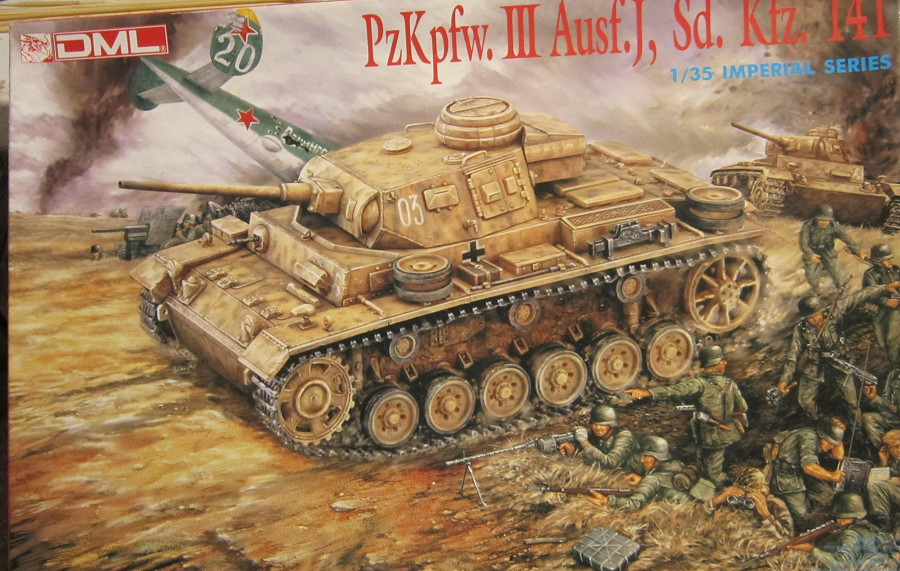 Kit has a copyright date of 1995. Only one place in Europe has one for sale on the web.

The Panzerkampfwagen III, commonly known as the Panzer III, was a medium tank developed in the 1930's by Germany, and was used extensively in World War II.

The official German ordnance designation was Sd.Kfz. 141. It was intended to fight other armored fighting vehicles and serve alongside and support the Panzer IV.

However, as the Germans faced the formidable T-34, more powerful anti-tank guns were needed, and since the Panzer IV had more development potential, it was redesigned to mount the long-barreled 7.5 cm KwK 40 gun.

The Panzer III effectively became obsolete in the anti-tank role and was supplanted by the Panzer IV. From 1942, the last version of Panzer III mounted the 7.5 cm KwK 37 L/24, better suited for infantry support.

Production of the Panzer III ceased in 1943. Nevertheless, the Panzer III's capable chassis provided hulls for the Sturmgeschütz III assault gun until the end of the war.

The box art shows 2 Pz.Kpfw. III Ausf. J's moving across a battlefield between a German 7.5 cm anti-tank gun with a 3 man crew and a ditch full of 11 German infantrymen.

All the infantrymen are wearing field-gray uniforms and 10 of them steel helmets.

Of the 4 men in the front of the ditch  (reading left to right) one man is manning a MG 34 machine gun on a bipod. The second man has a 98K carbine. The third man is looking through a pair of binoculars. He has a net cover on his helmet. The fourth man also is armed with a 98K.

Behind them is a man standing and pointing with his left arm. He has a potato masher type grenade tucked under his belt and is armed with a captured Soviet PPSH. Two men by him are on a field-radio. One of them is bare-headed and holding a map.

Behind them is a man sitting and armed with a PPK. Another man is entering the ditch holding a cluster grenade.

Two final men are approaching the rear of the ditch. One is armed with a 98K and the other man with a MP40.

Both Pz.Kpfw. III Ausf. J's are sand-yellow with green mottling. The lead tank has a white 03 on the sides of the turret and a German cross on the hull sides.
The second one has a white 914 on the turret sides and a yellow upside-down letter Y on the right front of the hull.

This is the division mark for the 24th Panzer Division.

The tail of a knocked-down Soviet PE-2 aircraft is standing nose down in the background, with a white 20 under a red Soviet star with a yellow tip above it on the rudder.

One side panel has the color box art of DML's kit no. 6805, a U.S. M-46 "Patton" tank, followed by Marco Polo Import Inc's street address in City of Industry, CA and their FAX number.

Marco was the U.S. distributor of DML kits back in the 90's.

The copyright date of 1995 is shown and the kit was MADE IN HONG KONG.

​The other side panel has 3 color walk-around type photos of the model made up in the box art scheme, followed by a repeat of Marco's address and FAX no., the copyright date and MADE IN HONG KONG.

The kit contains 12 medium-gray trees and the medium-gray hull tub in 6 sealed clear cello bags, the decal sheet and the instructions.

The instructions consists of a single-sheet that accordion-folds out into 8 pages in 17" x 8 1/2" page format.

Page 1 begins with a black and white repeat of the box art, over the parts trees illustrations.

Page 2 begins with CAUTIONS about the kit, over international assembly symbol explanations and a suggested listing of Gunze Sangyo and Italeri brands of paint colors to use in 6 languages, including English, over the first 2 assembly steps.

Page 3 through 7 give a balance of a grand total of 17 assembly steps.

Page 8 is the painting and marking instructions with three 4-views:

1. A Pz.Kpfw. III Ausf. J in the box art scheme (already described above). The illustration further shows yellow upside-down letter Y on the right side of the nose. It is with the 16th Panzer Division, Russia 1942. There is also a black German cross on the sides and rear of the hull.

2. A Pz.Kpfw. III Ausf. J in overall Panzer-gray scheme. It has a yellow circle with a man on horseback on the front of the left front fender. It has a white skeltal German cross on the hull sides and rear, with a white 914 on the sides and rear of the turret. This is the mark of the 24th Panzer Division, Russia 1943.

3. A Pz.Kpfw. III Ausf. J in overall sand-yellow, with a white 211 on the sides and rear of the turret and a black circle with a yellow swastika on it on the front of the left front fender. It is with the 5th S.S. Panzer Division "Wiking", Russian 1943.
Medium-gray letter A tree holds the hull top part that is co-joined to medium-gray small letter b tree. 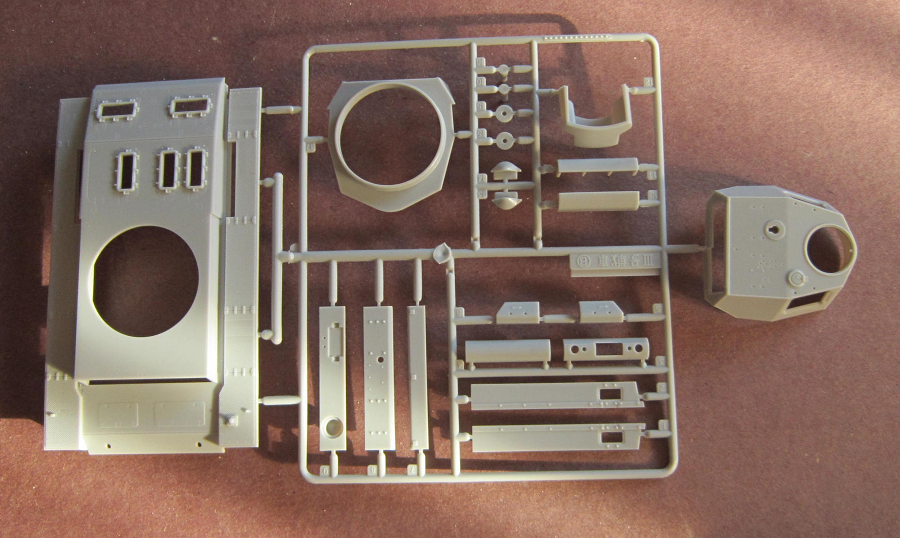 ​Medium-gray small letter b tree holds turret parts, side walls etc. (20 parts). As mentioned, it is co-joined to letter A tree. Four parts are blued-out in the parts trees illustrations as being excess and not needed to complete the kit.
​Medium-gray large letter B tree holds: drive sprocket and idler wheels etc. (48 parts) A whopping 31 parts are excess per tree. 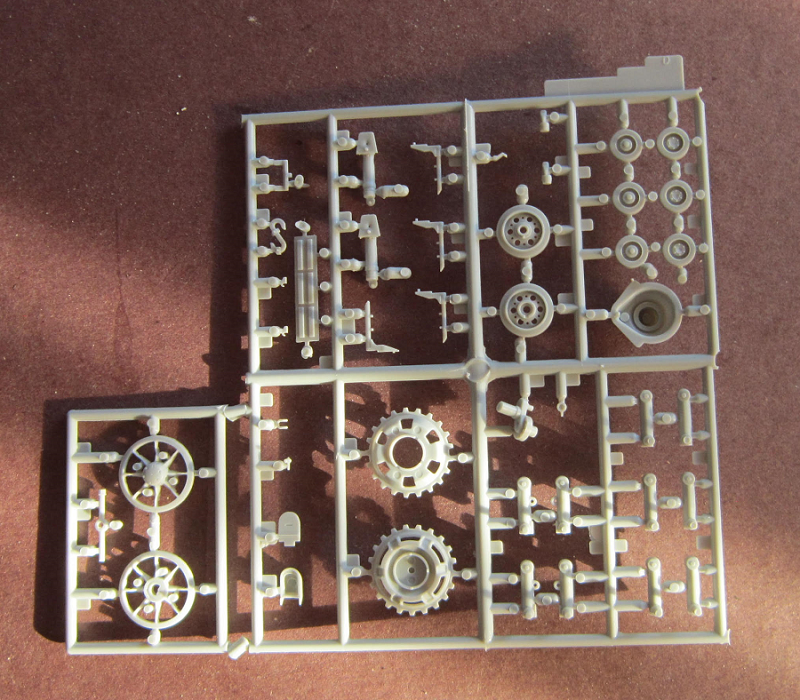 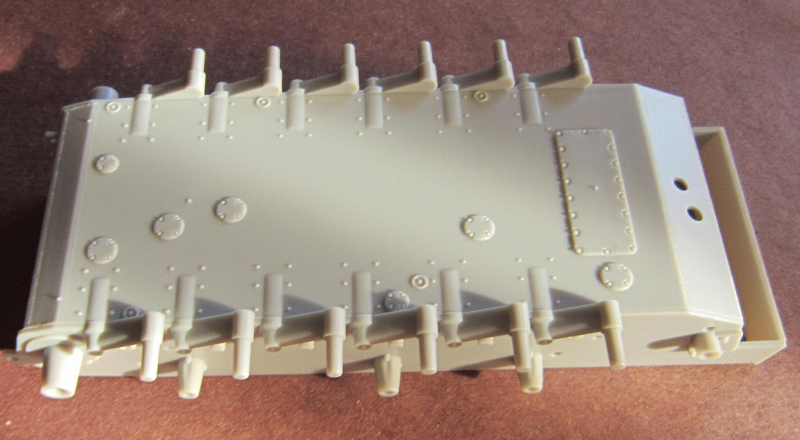 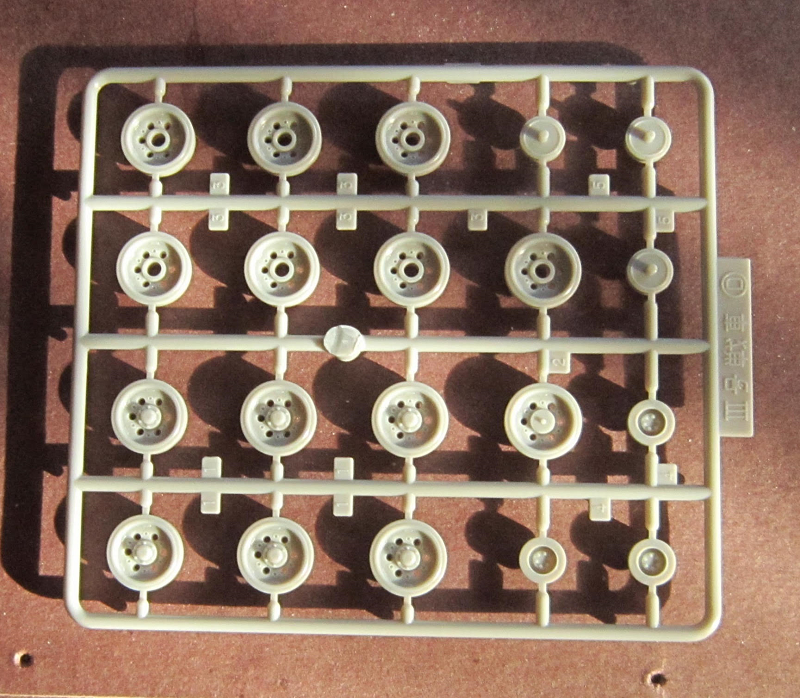 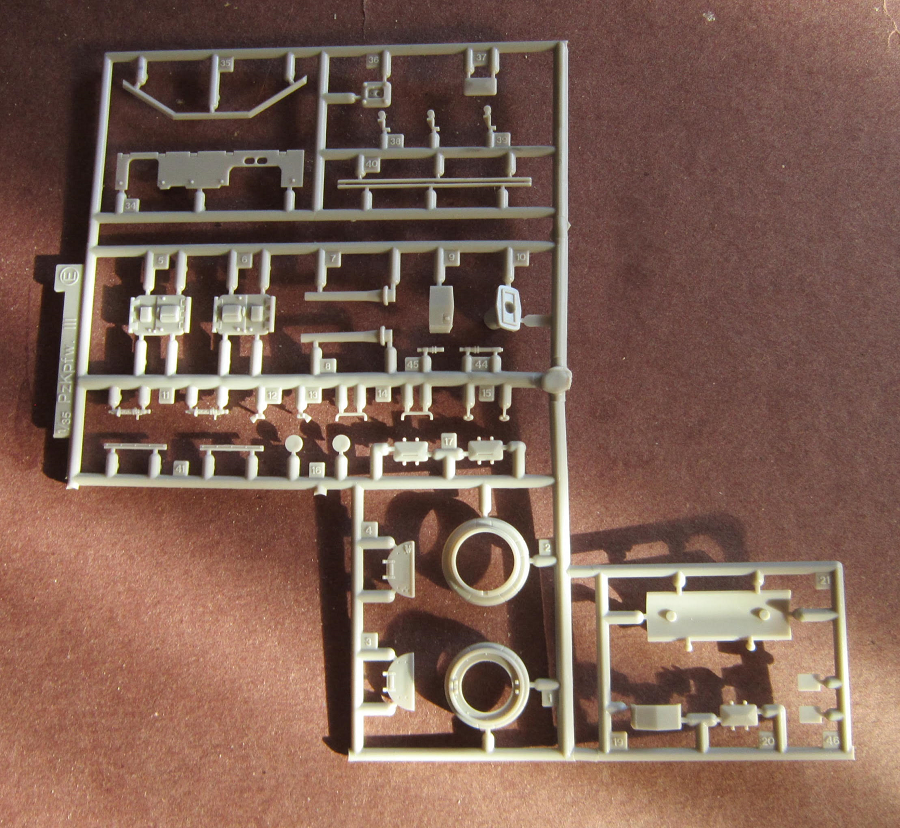 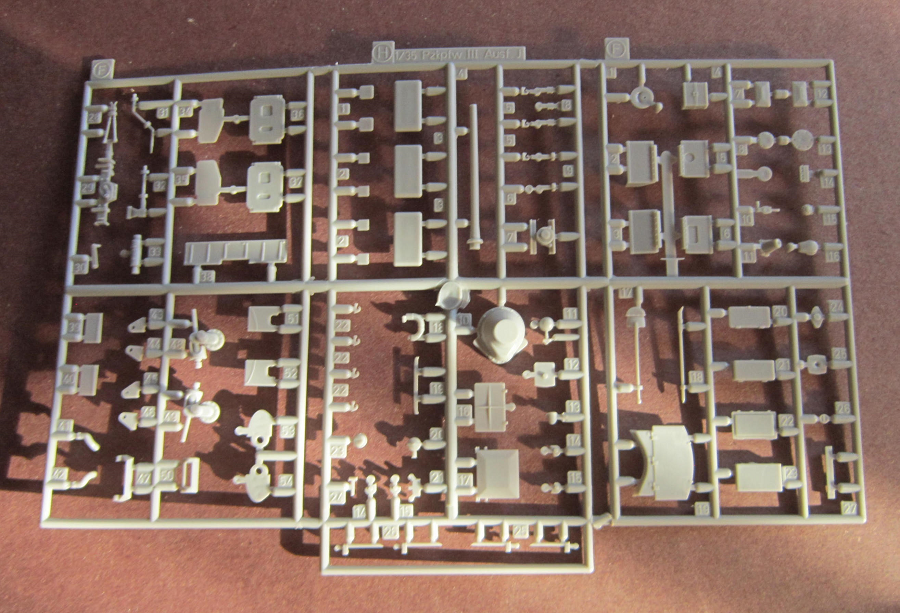 ​There are 3 identical medium-gray letter G trees. They hold the individual track links (80 per tree) 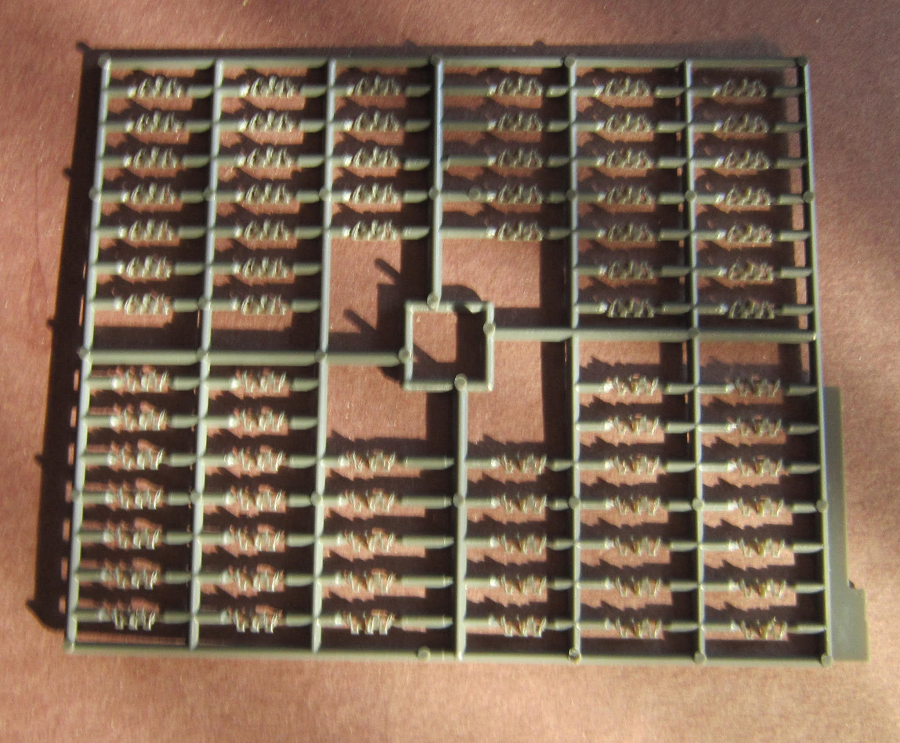 ​There are no clear parts in the kit and no interior details or crew figures.

However it has nice exterior detail.