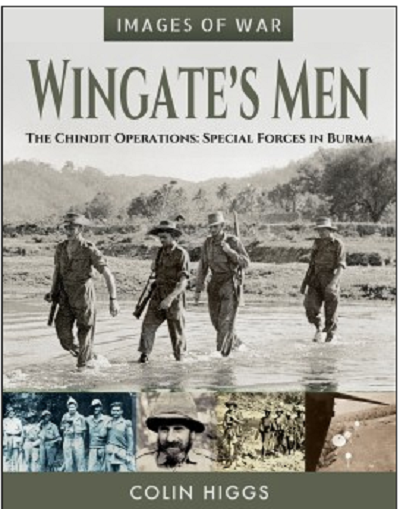 MSRP: $24.95
​Possibly the most famous fighting formations of the Burma campaign during WWII were the Long Range Penetration Groups, more commonly known as the Chindits.

Colonel Orde Wingate was given permission to attempt long-range operations deep within Japanese-held territory with the aim of sowing alarm and confusion against the enemy and disrupting Japanese plans for the invasion of India.

For this, Wingate was given the Indian 77th Infantry Brigade. In February 1943, this force crossed into Burma on its first Chindit operation, codenamed "Loincloth".

The Chidits took the Japanese by surprise, putting one of the main railway lines out of order, but the Japanese responded quickly, interdicting supply drops to the Chindits who soon began to suffer severely from exhaustion and shortages of water and food.

With three brigades chasing them, the Chindits headed back to India, being forced to break up into small groups to avoid capture. By the time the 77th Brigade crossed the border, it has lost a third of its strength.

Despite the heavy losses, Wingate had shown that British troops could operate successfully against the Japanese in inhospitable terrain.

Promoted to acting Major General, Wingate was granted permission to undertake another Chindit operation, but this time on a far greater scale.

In "Operation Thursday", Wingate aimed to fly a force of 10,000 men, 1,000 miles, equipment and supplies into clearings in the heart of Burma behind enemy lines. The operation proved a considerable success, the Chindits causing mayhem amongst the Japanese forces.

Wingate, though, did not live to see the end of "Operation Thursday", as he was killed when the aircraft in which was being transported to one of the Chindit bases crashed into the jungle.

In this collection of photographs, drawn in large part from one man's photographic albums, we see the harsh conditions in which the Chindits had to operate, and the terrible physical state of many of the men who survived the jungles, the dry plains, and the ferocious Japanese enemy.

Pen & Sword Books is based in the UK.

The book contains 145 black and white wartime photos of the Chindits.

There are 32 photos of officers, 2 shots of men using a radio, one of the RAF Sections with the Chindits in Burma, an illustration of the Chindit badge, a reconnaissance boat used as a ferry to ship stores across River Chindwin, 2 photos of 3 men operating a jungle printing-press, 24 photos of Chindits, an example of a full jungle headdress worn by the Chindits in the fly and mosquito infested jungle through which they passed.

There are 3 shots of Chindits setting up roadblocks, a photo of a Chindit riding an elephant, 4 shots of Chindits crossing rivers, 13 photos showing airborne operations and paratrooper supply drops and the insides of the C-47's. a photo of a war correspondent, a shot of a bulldozer and a tractor, 2 shots of men manning machine guns on tripods and two portraits of Wingate.

This is one neat picture album.

I want to thank Casemate Publishing for this book sample and the folks at Pen & Sword.

All Pen & Sword titles can be viewed on Casemate's site at:
https://www.casematepublishers.com/