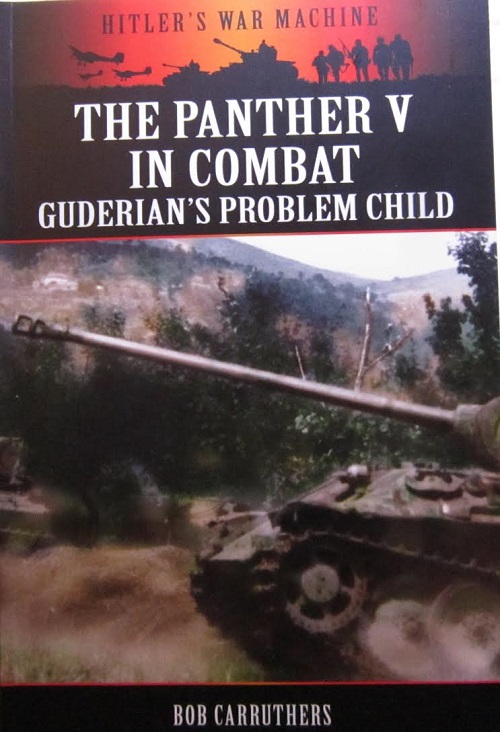 The Panther V in Combat

The Panther V evidenced a number of problems in combat, and this was proof of the rushed development programme that was made obvious from the events at the Battle of Kursk. However, despite its disappointing battlefield debut, the Panther is frequently hailed as the best all-around tank of the war.

There are 38 black and white wartime photos in the book, which include a portrait shot of Guderian. There are 19 illustrations of pages out of the Panther crew’s manual. Also included are 3 line drawings and a data list.

Page 94 has black and white cover arts of 16 other books that Pen & Sword publishes in this series.

This fascinating study by Emmy award winning author and historian Bob Carruthers draws a whole variety of combat reports and unique primary sources to weigh up the facts in order to produce the definitive single volume overview of a legendary fighting machine.

Included are numerous examples of wartime combat reports from both Allied and German sources.

Additionally, there are a large selection of extracts from the Pantherfibel, the original crew training manual.

This superb  book is essential reading for anyone interested in tank warfare during WWII.

This book is part of the “Hitler’s War Machine” series, a new military history range compiled and edited by Emmy Award winning author and historian Bob Carruthers. The series draws on primary sources and contemporary documents to provide a new insight into the true nature of Hitler’s Wehrmacht.

I won this book in the raffle at the Des Moines IPMS contest run by the Plastic Surgeons last Saturday.

I see that Casemate sells Pen & Sword brand books, however I did not find this particular title listed there. It may be out of print now.