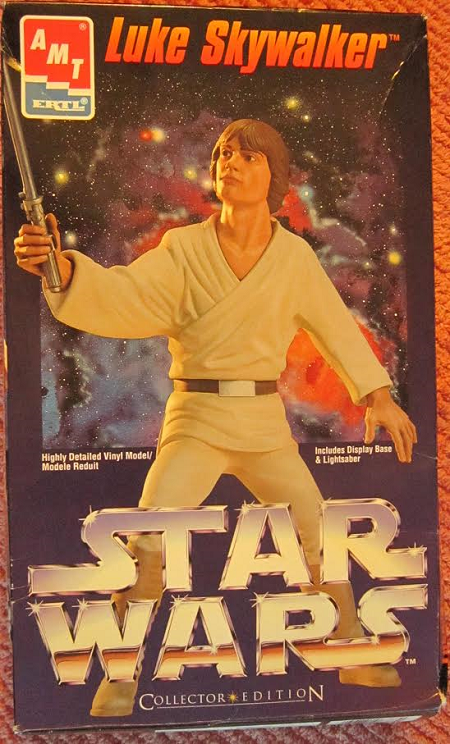 Luke Skywalker is a fictional character and the main protagonist of the original film trilogy of the Star Wars franchise created by George Lucas.

The character, portrayed by Mark Hamill, is an important figure in the Rebel Alliance's struggle against the Galactic Empire.

He is the twin brother of Rebellion leader Princess Leia Organa of Alderaan, a friend and brother-in-law of smuggler Han Solo, an apprentice to Jedi Masters Obi-Wan "Ben" Kenobi and Yoda, the son of fallen Jedi Anakin Skywalker (Darth Vader) and Queen of Naboo/Republic Senator Padmé Amidala and maternal uncle of Kylo Ren/Ben Solo.

The now non-canon Star Wars expanded universe depicts him as a powerful Jedi Master, husband of Mara Jade, the father of Ben Skywalker and maternal uncle of Jaina, Jacen and Anakin Solo.

In 2015, the character was selected by Empire magazine as the 50th greatest movie character of all time. On their list of the 100 Greatest Fictional Characters, Fandomania.com ranked the character at number 14.
​THE KIT:

The kit came in a flimsy end-opening type box. My box is very crushed. I also am no fan of this type of box, because invariably parts or the decal sheet will find their way past one of the end flaps to become lost forever, Give me a tray and lid type box any day of the week.

The box art shows the vinyl Luke figure made up and posed against a universe background. He wears buff colored clothing with a black belt with silver belt buckle and trims and tan shoes. He is holding a light-saber. Kit is not suitable for children under 8 it says.
​WHAT'S IN THE BOX:

This kit holds 9 light-gray vinyl parts: Luke's torso, lower body, legs, head, arms and hands and a clear light-saber and black display base, and 3 instructions sheets. There is also a subscription application card to get Ertl's Blueprinter newsletter and a card to join the Star Trek Fan club. 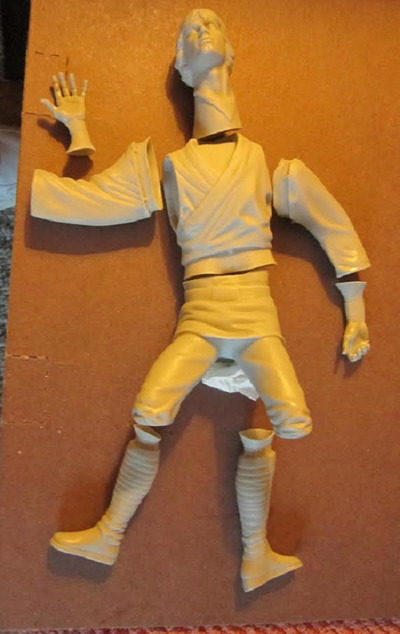 ​The first instruction sheet has a black and white repeat of the box art over the copyright date of 1995 and Lucasfilm Ltd. mentioned.

Page 4 shows 2 other vinyl figure kits manufactured by AMT-Ertl: Star Wars Han Solo figure, kit no. 8785DO and Star Trek Darth Vader figure, kit no, 8784DO, over the toll free 1-800 phone number for Ertl and their address in Dyersville, IA.

The second instruction sheet is a single-sheet printed on both sides and folded twice to fit the box.

The face side has general instructions in multiple languages, including English over  internationa assembly symbol explanations.

The reverse side has a suggested paint color listing in the multiple languages.
The third instruction sheet is a single-sheet folded in the center to create 4 pages in 8 1/2" x 11" page format. Folded again to fit the box.

Both sides have general instructions on them in multiple languages, including English.