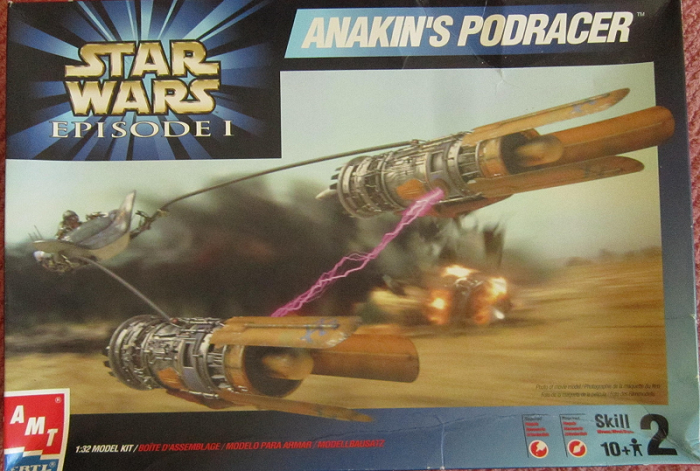 It was frequently gambled upon and was considered by many, including Qui-Gon Jinn, to be a dangerous sport.

The video games Star Wars Episode I: Racer and Star Wars: Racer Arcade are based on Phantom Menace's podracing scenes.
​THE KIT:

The box art shows a scene out of the Star Wars movie. It shows the podracer racing along.

One side panel has 2 walk-around color photos of the model made up, followed by Star Wars' website address.

​The other side panel repeats one color photo, followed by features of the kit: detailed cockpit and Anakin figure, display stand included, optional position forward vanes, over 150 parts, Lucasfilm's authorization, the copyright date of 1999, Ertl's address in Dyersville, IA and MADE IN MEXICO, in multiple languages, including English.

This kit contains 8 chalk-white trees, a clear red part, 3 steel rods in 3 sealed clear cello bags, a frosted sheet, a clear sheet with a die-cut windshield cut into it.

I have put the 2 rocket engines together and the podracer. 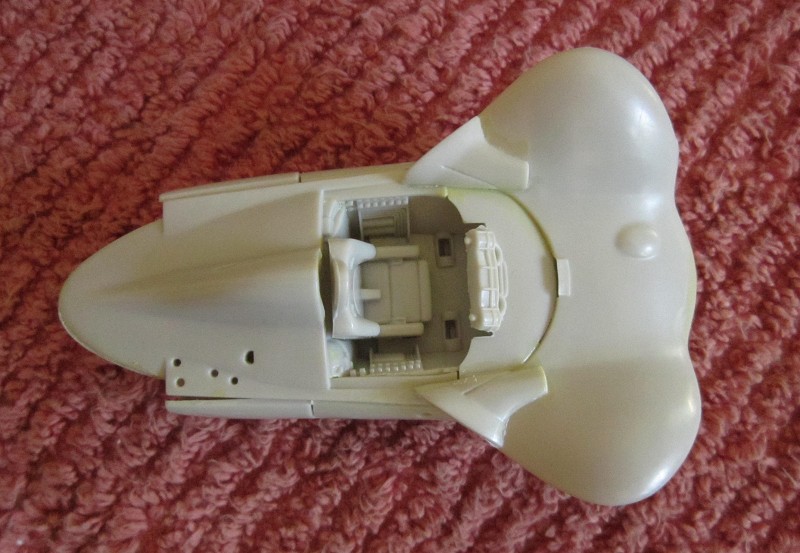 ​Trees are not alphabetized or illustrated in the instructions. They do have part number tabs next to the parts on the trees.

There are 2 identical 1st chalk-white trees. The each hold 3 wings for each of the engines and their hinges, etc. (14 parts each) One large part has been removed by me. 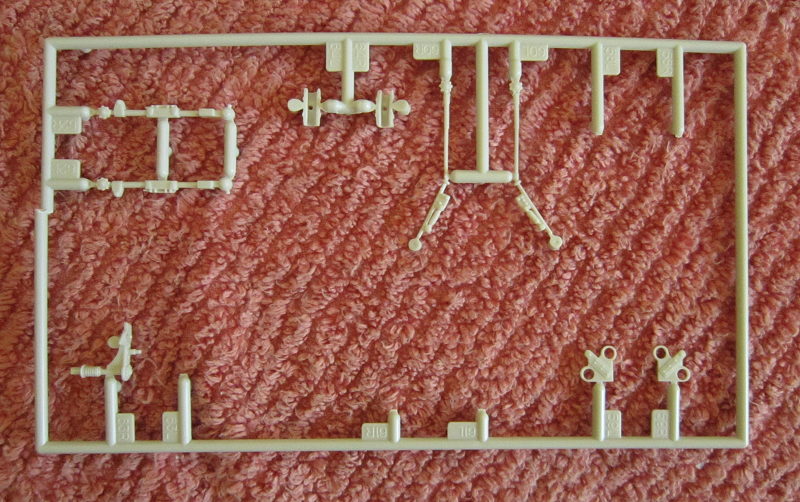 ​The are also 2 identical 2nd chalk-white trees. They hold engine piping (15 parts each). 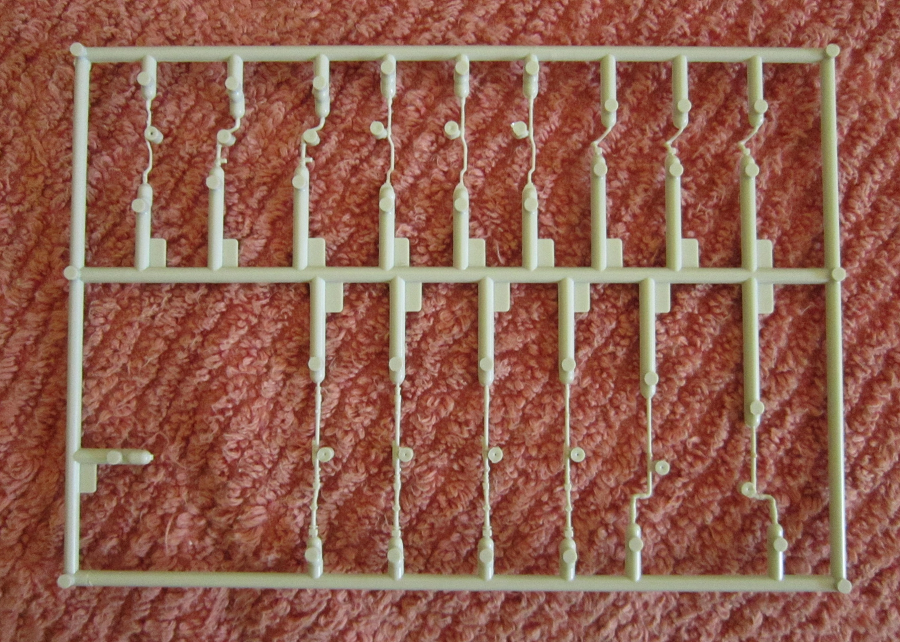 ​The 3rd chalk-white tree holds more engine pipes etc. (9 parts each) 5 parts are off these trees. 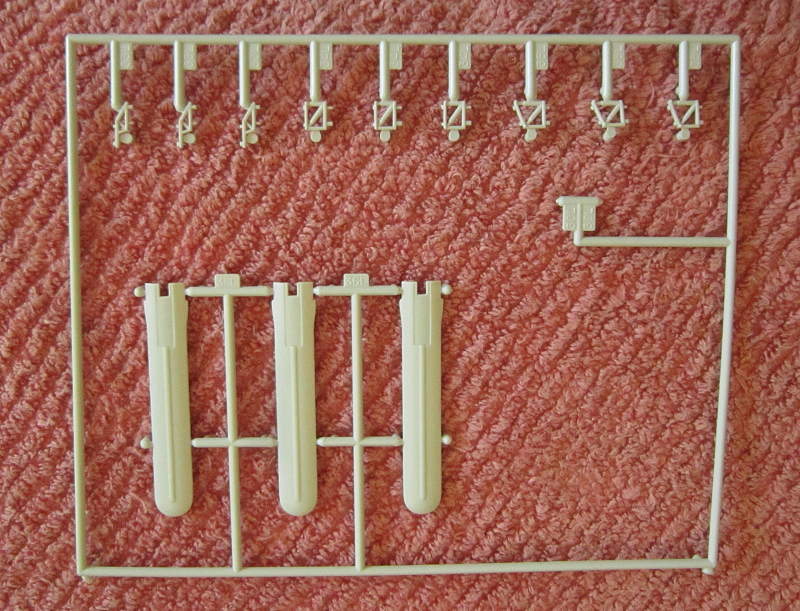 ​Next is the chalk-white display base part. 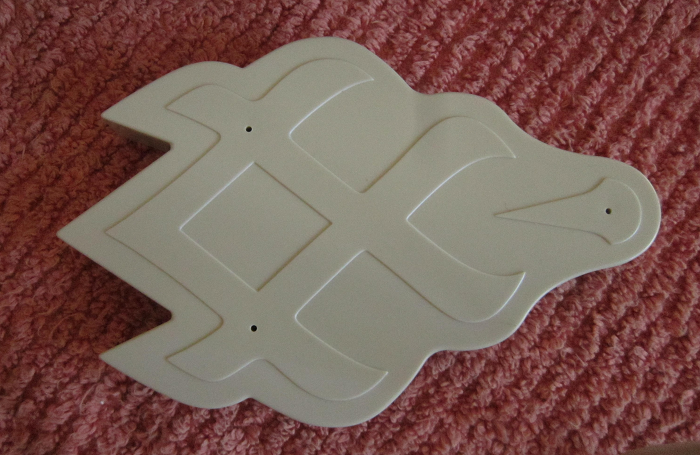 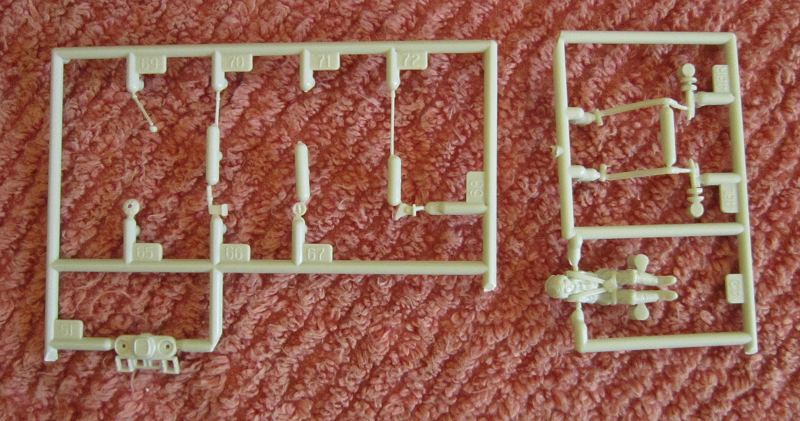 ​Loose chalk-white parts are Anakin's arms.
​A clear red part is never shown in the instructions. I have found by looking at the podracer built up by a modeler on the internet that this is a bolt of electricity that gets strung between the two engines. 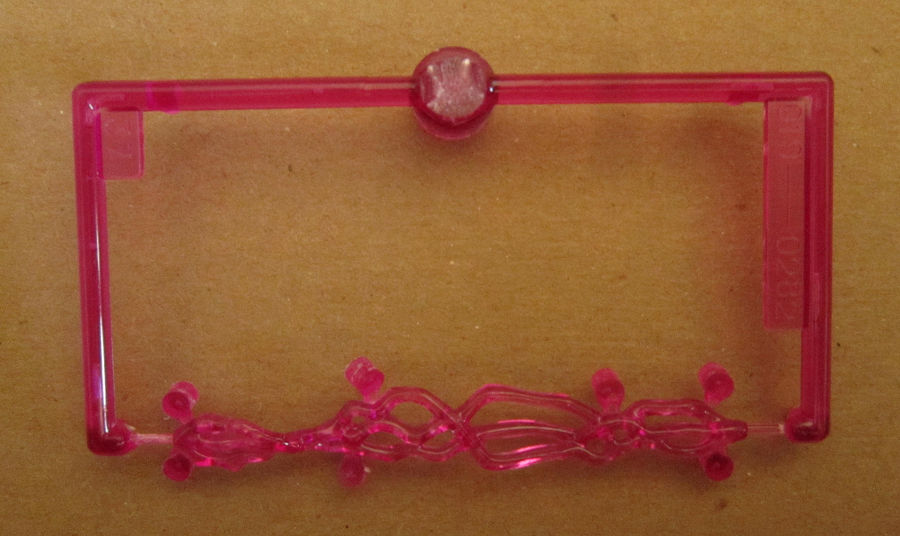 Brass rods are supplied to support the model on it's base.

​The windshield is die cut into a sheet of clear plastic. 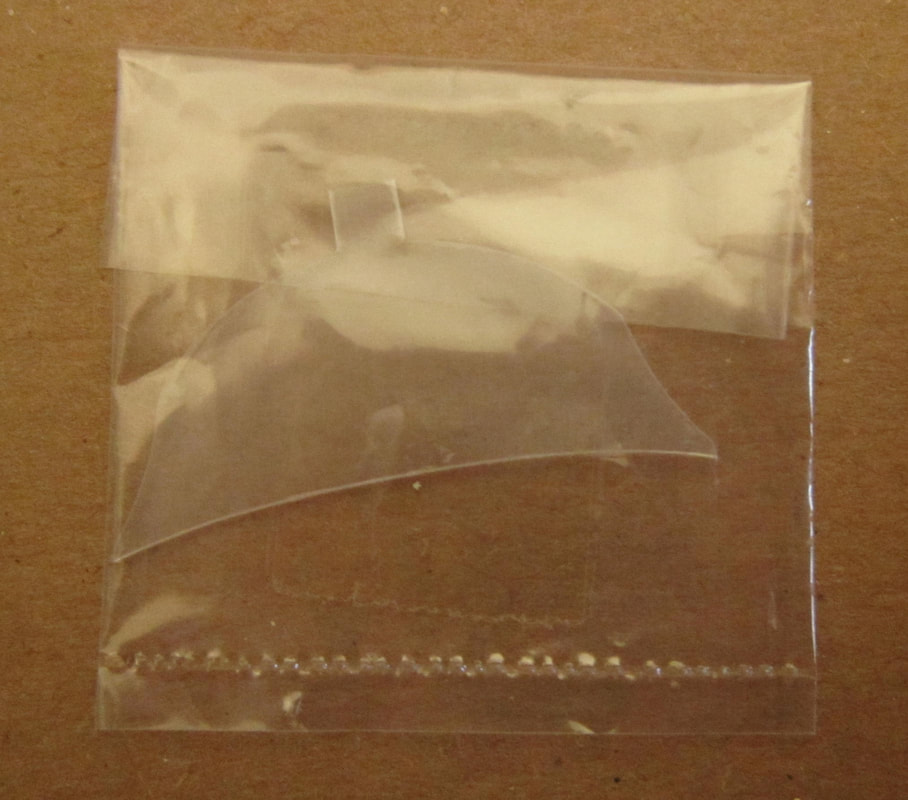 Page 1 begins with a black and white repeat of the box art, authorization by Lucasfilm to use the Star Wars name, IMPORTANT instructions, international assembly symbol explanations and a suggested paint color listing in 9 languages, including English, over a 1-800 phone number to use for any questions or comments about the kit. Copyright date of 1999 and Ertl's P.O. Box address in Dyersville, IA. 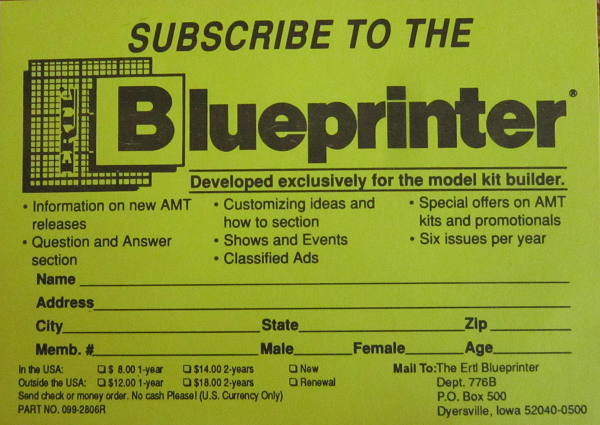 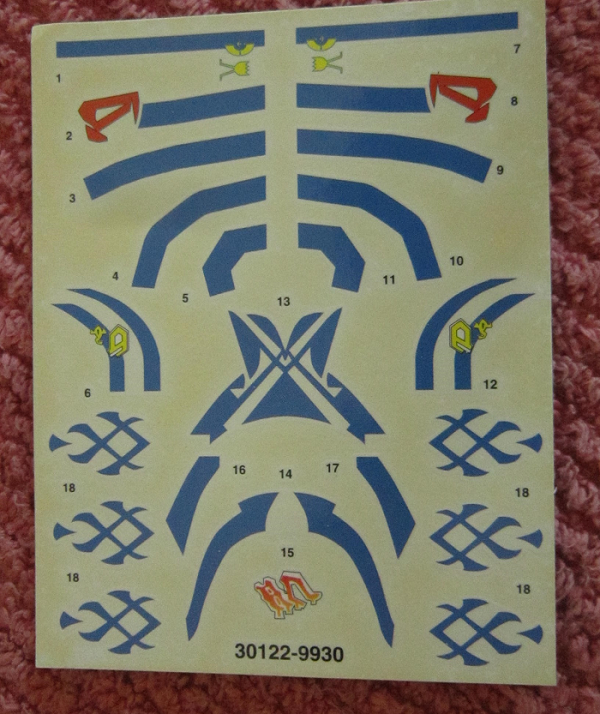 ​This is a neat sci-fi kit with a lot of detail on the engines etc.
Highly recommended.