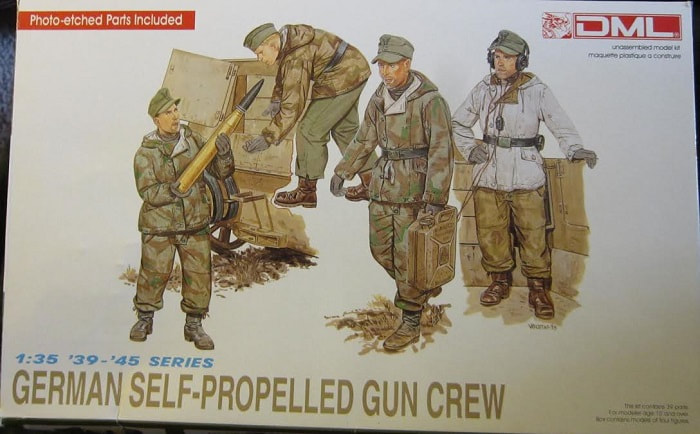 The box art shows 4 self-propelled gun crew men posed against and all-white background, similar to how Tamiya does all their box arts too.

Two of the men are loading a 88 mm shell aboard a vehicle (I haven't a clue what the vehicle is???).

Another crewman is walking along carrying a jerry can.

The fourth crewman is standing inside some vehicle's compartment.

The two guys doing the loading are dressed in camouflaged jackets (reversable to white) and one has camouflaged pants too. The other guy just has field-grey pants. Both have their pants bloused into the tops of low shoes. They both wear gloves. One has a field cap on his head and the other one has a side cap.

The man carrying the jerry can also wears gloves and has a field cap on his head. His pants are bloused into the tops of low shoes. He has a camouflaged jacket (reversable to white) on too.

The man standing inside a vehicle hs his jacket with the white side out. He wears a field cap and camouflaged pants bloused into the tops of low shoes too. He has gloves on and a pair of earphones on his ears.

One corner of the box art says that kit is intended for modelers over the age of 10 and that it contains 39 parts.

The bottom of the box serves as both the assembly and painting instructions. There is a 2-view in color of each of the 4 figures and a close up patch showing the camouflage pattern worn by them.

Below them there is black and white line drawings of a fuel container (jerry can), a combat parka, combat trousers and a 88 mm shell. 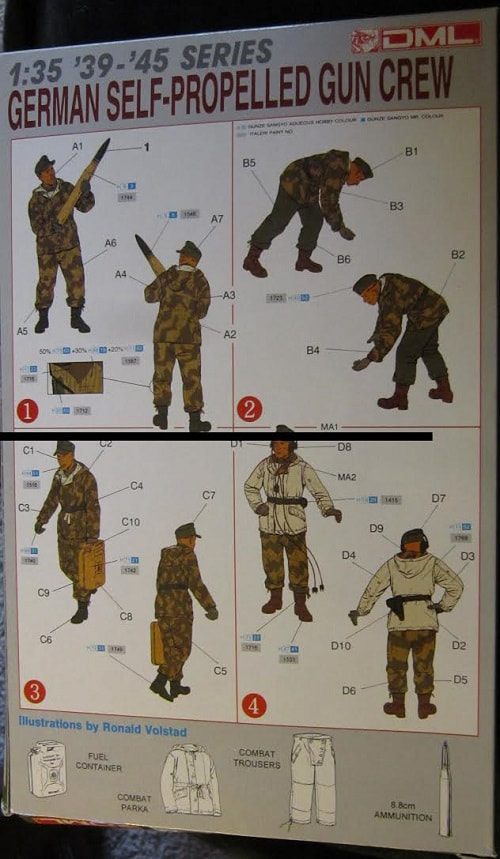 ​
One side panel of the box says that the kit contains parts for 4 figures and glue and paint are not included.

This is followed by Marco Polo Import, INC's street address in City of Industry, CA and their FAX number. Marco Polo was the U.S. importer and distributor of DML kits years ago. The copyright of the kit is given as 1993 and the kit was made in Hong Kong, China. 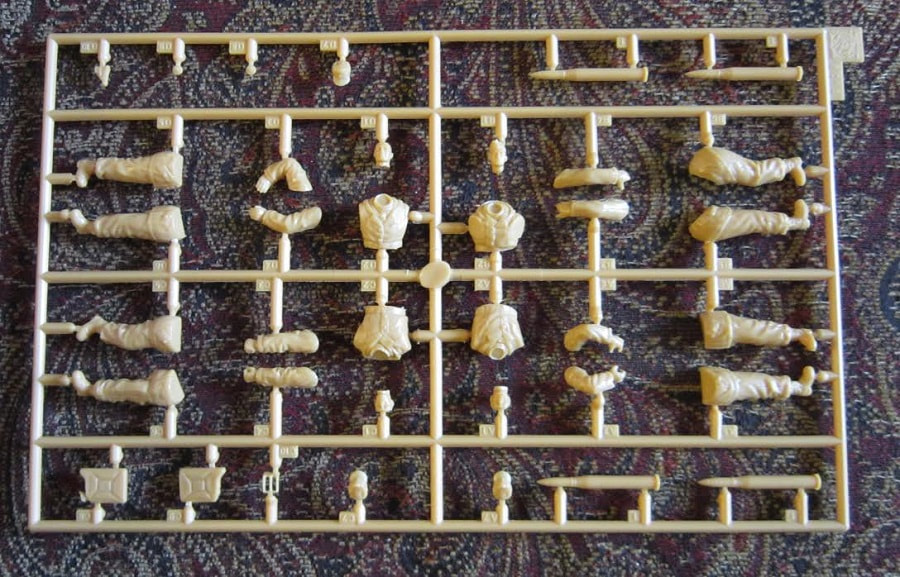 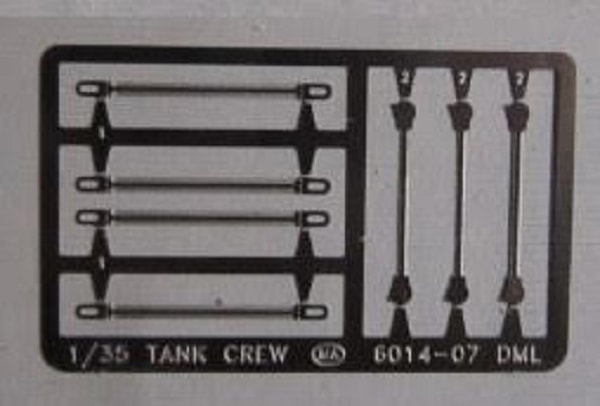 These figures are well detailed and I like the 2 guys doing the loading, but the other 2 guys are in kind of ho-hum poses. They will fit nicely into a diorama of troops loading a SP gun tank.

Recommended.
​I purchased my kit back in the early 90's at my local hobby shop.