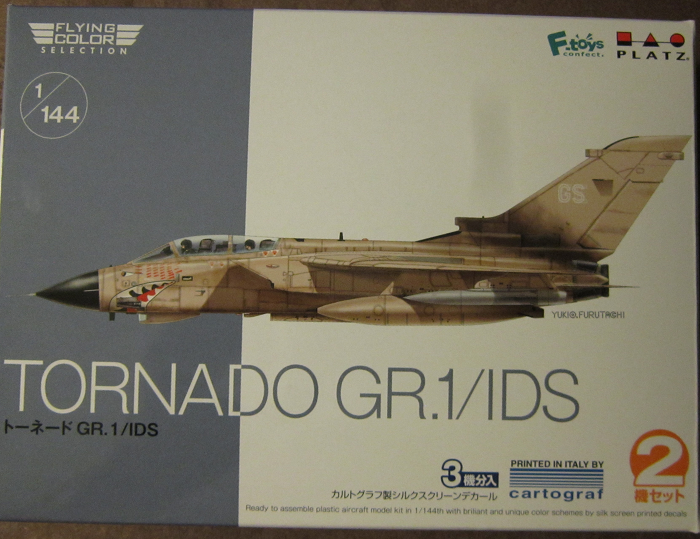 The Panavia Tornado is a family of twin-engine, variable-sweep wing multirole combat aircraft, jointly developed and manufactured by Italy, the United Kingdom, and West Germany.

The Tornado was developed and built by Panavia Aircraft GmbH, a tri-national consortium consisting of British Aerospace (previously British Aircraft Corporation), MBB of West Germany, and Aeritalia of Italy.

It first flew on 14 August 1974 and was introduced into service in 1979–1980. Due to its multi-role design, it was able to replace several different fleets of aircraft in the adopting air forces.

The Royal Saudi Air Force (RSAF) became the only export operator of the Tornado in addition to the three original partner nations.

A tri-nation training and evaluation unit operating from RAF Cottesmore, the Tri-National Tornado Training Establishment, maintained a level of international co-operation beyond the production stage.

The Tornado was operated by the Royal Air Force (RAF), Italian Air Force, and RSAF during the Gulf War of 1991, in which the Tornado conducted many low-altitude penetrating strike missions.

The Tornados of various services were also used in conflicts in the former Yugoslavia during the Bosnian War and Kosovo War, the Iraq War, Libya during the Libyan civil war, as well as smaller roles in Afghanistan, Yemen, and Syria. Including all variants, 992 aircraft were built.

This kit comes in a un-shrink-wrapped end opening type box. I am no fan of this type of box, because invariably parts or the decal sheet find their way past one of the end flaps to become lost forever. Give me a tray and lid type box any day of the week.

The box are is split in two with one half being grey and the other half being white. It has a color side profile illustration of a Tornado GR.1/IDS on it. It is overall grey with a black nose and black de-icier panels on the front of the rudder.

There are 28 bombing mission marks under the cockpit and a shark mouth on the nose. It has white outlined letters GS on the rudder, with a black and yellow wedge shaped logo.

Decals are printed in Italy by Cartograf.

It says it is a ready to assembly plastic aircraft model kit in 1/144th scale, with brilliant and unique color schemes by silk screen printed decals.

One side panel begins with Platz's web address in Japanese and English, under 2 color side profile illustrations of Tornados.
​The 1st one is grey over a white under-carriage, with a black nose. It has a black fuselage no. 43 + 44 on the side of the nose, outlined in white, followed by a circle with a black anchor on it.

On the rudder is a white shield with a black eagle and MFG 1 on a yellow background at the top. Below this is the German flag.

The second Tornado is in a wave pattern of grey and green over a white under-carriage.

It has a white outlined fuselage code under the cockpit of 36 roundel 51 and a black nose. On the sides of the rudder there is a yellow lightning bolt with a white circle with a bird in flight on it.

This Tornado was with the Italian Air Force 86th Stormo, 1990.

​The other  side panel says the kit is for modelers over 15 years of age.  It is a plastic un-assembled scale model kit. Glue and paint are not included. Some parts are extremely sharp. Handle carefully. Do not use near fire while using glue and or paint.

This is said in English, Japanese, Chinese and French. Copyright is 2019 by Platz and kit was made in Japan.

Platz's telephone and FAX numbers are provided, along with their stree address in Shizuoka City, Japan.

The bottom of the box has color profiles of the three model color schemes. These are the side and top views. 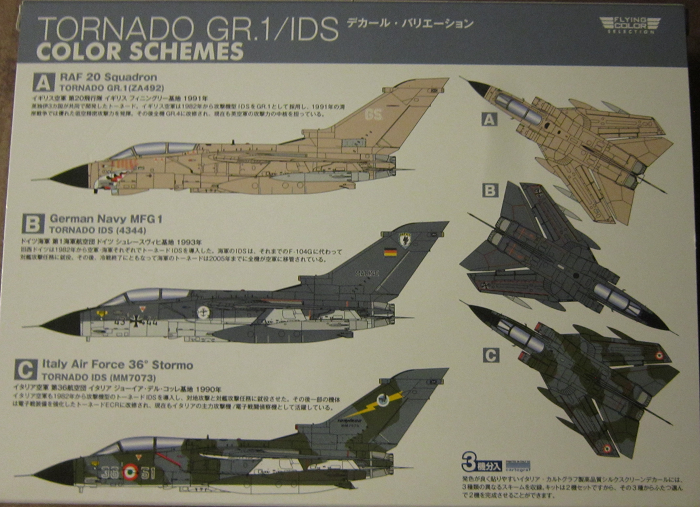 The box contains 2 complete aircraft kits of the Tornado.

There are 5 medium-grey trees in a self-sealing clear cello bag, with a second cello bag holding the nose cone and clear canopy, the decal sheet (also in it's own cello bag) and the instructions.

The instructions consists of a single sheet that is folded in the center to create 4 pages in 5 3/4" x 8 1/4" page format.

Page 1 begins with READ THIS FIRST instructions. This is a plastic un-assembled scale model kit. Glue and cement not included. Some parts are extremely sharp. Handle carefully. Do not use near fire when using glue or paint. Suitable for modelers age 15  and above.

Below this and on page 2 are a grand total of 5 assembly steps.

The bottom page 1 has the parts trees illustrations, above Platz's telephone and FAX numbers, their web address and street address in Shizuoka City, Japan.
On page 3 and 4 are the painting and marking guides for the 3 schemes already described above on the box art and side panels.

On the bottom of page 4 is a suggested paint color listing of Gunze Sangyo and Model Master brands of paints.

​Trees are not alphabetized and there are no part number tabs next to the parts on the trees. Bad move Platz! This means careful study of the parts shown in the assembly steps to get the right ones for each assembly. 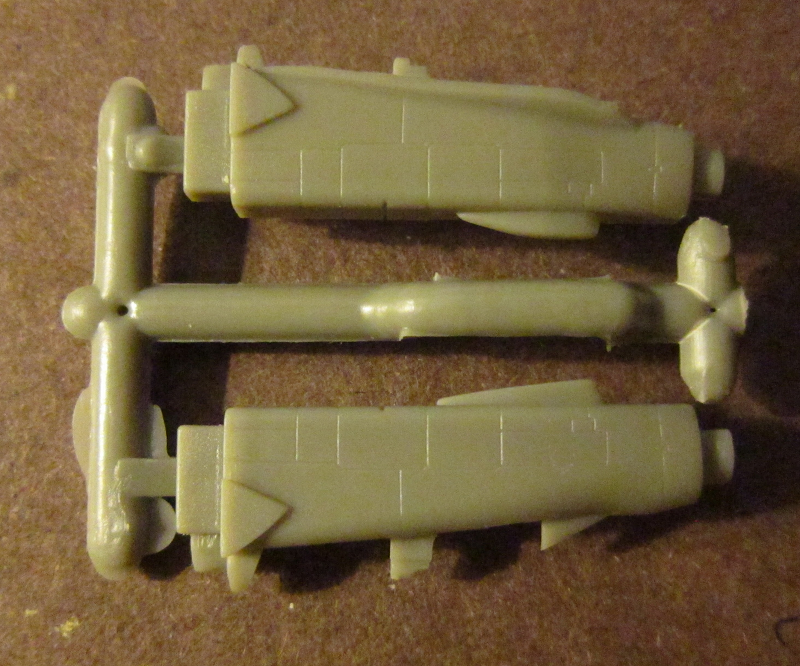 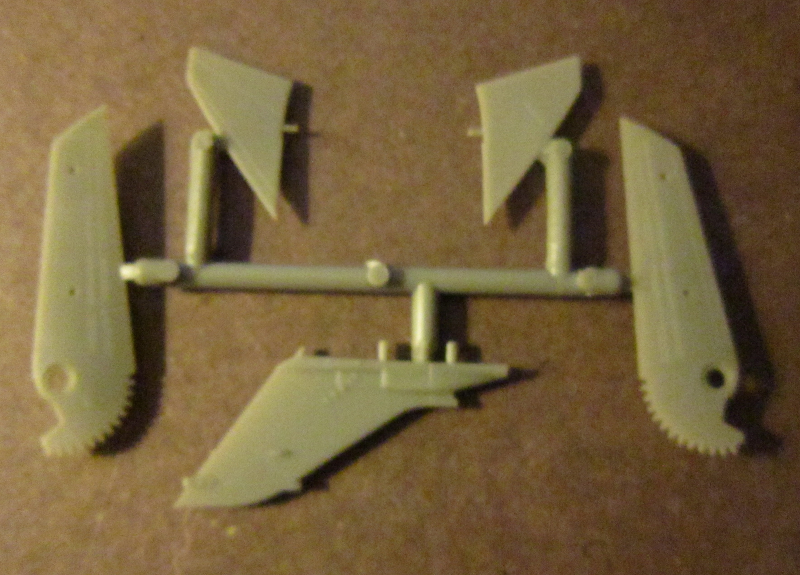 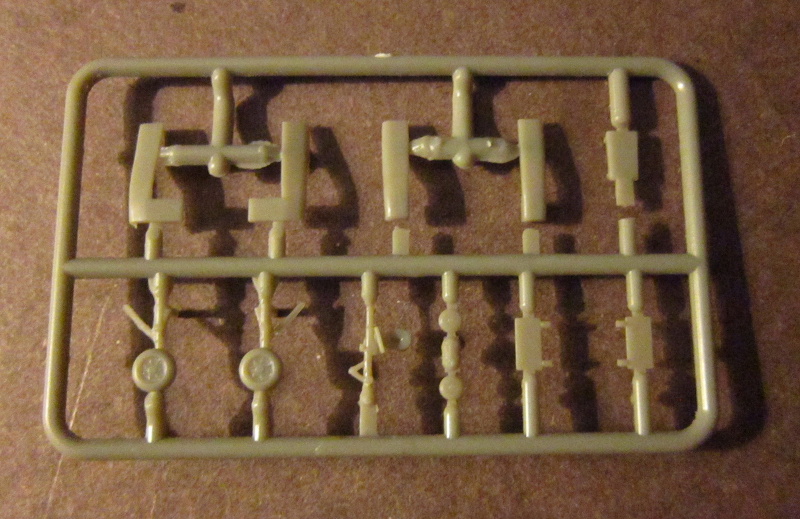 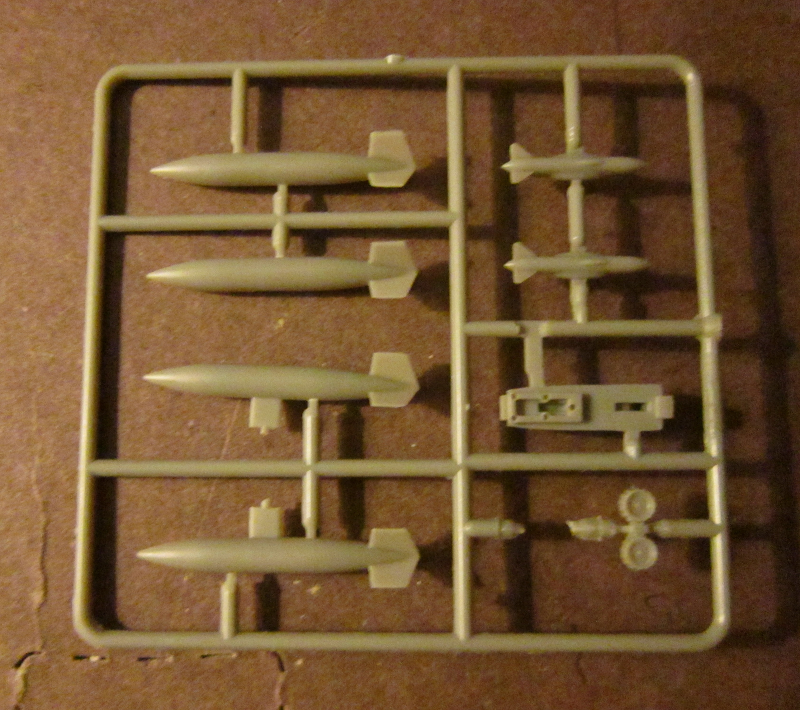 ​The final medium-grey part is the fuselage nose in a clear cello bag with the clear cockpit canopy. 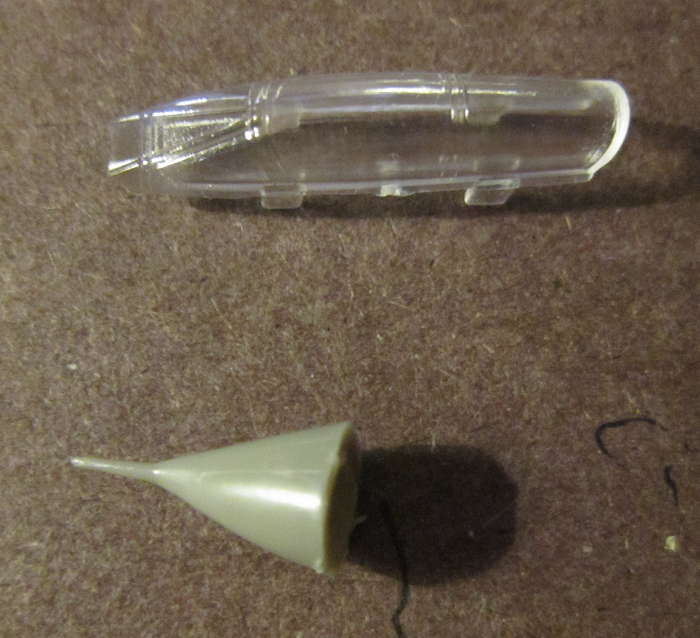 It is in it's own clear cello bag and has a tissue to protect its face from scratching. 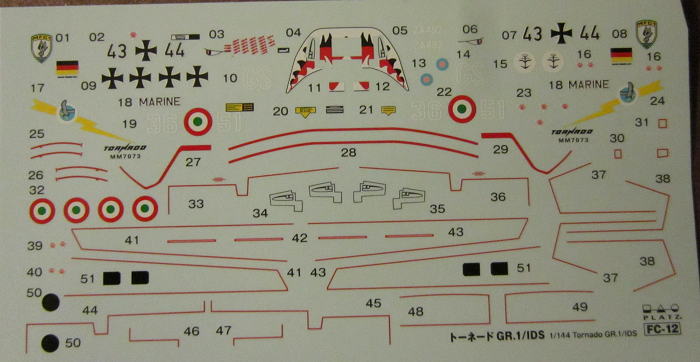 ​There are no crew figures included.

I want to thank the folks at Platz who sent me this review sample.
All their products can be viewed on their web site at:
http://www.platz-hobby.com