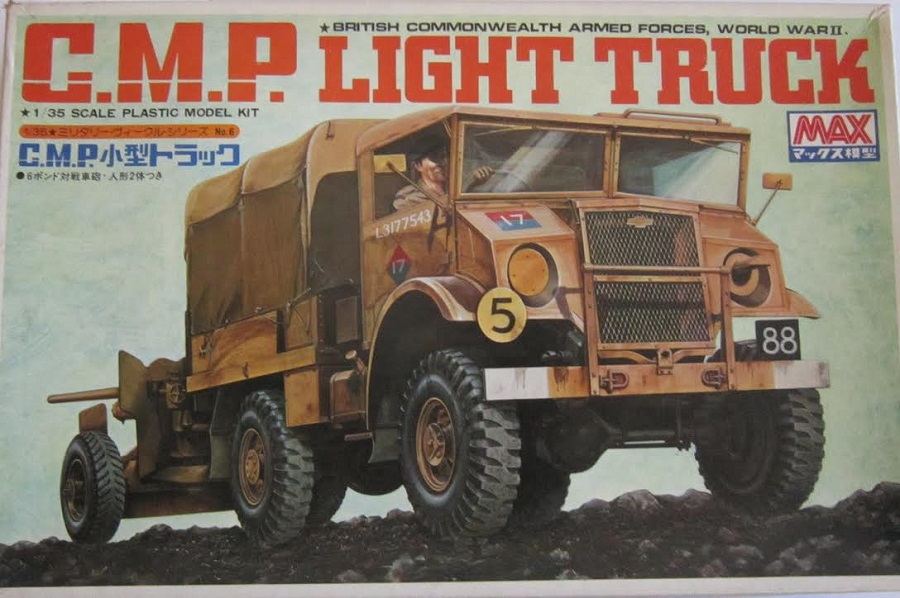 The Canadian Military Pattern (CMP) truck was a class of military truck - of various forms - made in large numbers in Canada during World War II to British Armyspecifications for use in the armies of the British Commonwealth allies. Standard designs were drawn up just before the beginning of the war.

This kit came in a shrink-wrapped tray and lid type box with a sturdy tray.

The box art shows a C.M.P. truck in overall tan. It has the white serial no. L3177543 on the doors of the cab over a diamond that the top half is red and the bottom half is blue with a white number 17 on it. This mark is repeated on the front, but as a square shape and not a diamond. Attached to the left front fender is a yellow disc with a black number 5 on it. On the right front fender is a black plate with a white number 88 on it. The ends of the bumper are white. The truck is pulling a 6 pdr howitzer.

One side panel of the box has 2 color photos of the model made up. One photo shows it in a “MOUSE EAR” type camouflage that is black over a base of tan. The second model is overall tan and showing the back of the truck and the 6 pdr. A third photo shows the 3 figures in the kit, standing next to rifles that are leaning against a pile of rolled tarps. The figures appear to be one each British, Australian and Indian,.

The other side panel has a color cartoon of these three figures’ faces looking out the skyroof of the truck, followed by color illustrations of 4 box arts of other AFV kits that Max marketed:

This kit contains 5 tan parts trees in 3 stapled shut cello bags, a loose tan canvas roof part, 2 metal rods, the decal sheet, assembly instructions and a booklet of the history of the truck.

The instructions consist of a single sheet that accordion folds out into 8 pages in 8” x 11 ½” page format. The text in it is all Japanese.

Page 2 through page 7 give a grand total of 13 assembly steps.

Page 8 has four 4-views. Two are in overall tan and two are in “Mouse Ear” camouflage. The text is all in Japanese, so I cannot say any unit names that might appear here. Me no read Japanese.

The history booklet consists of a single sheet folded in the center to form 4 pages also in 8” x 11 ½” format. The text again is all in Japanese and there are no less than 24 black and white wartime photos of the C.M.P. truck and variants of it. 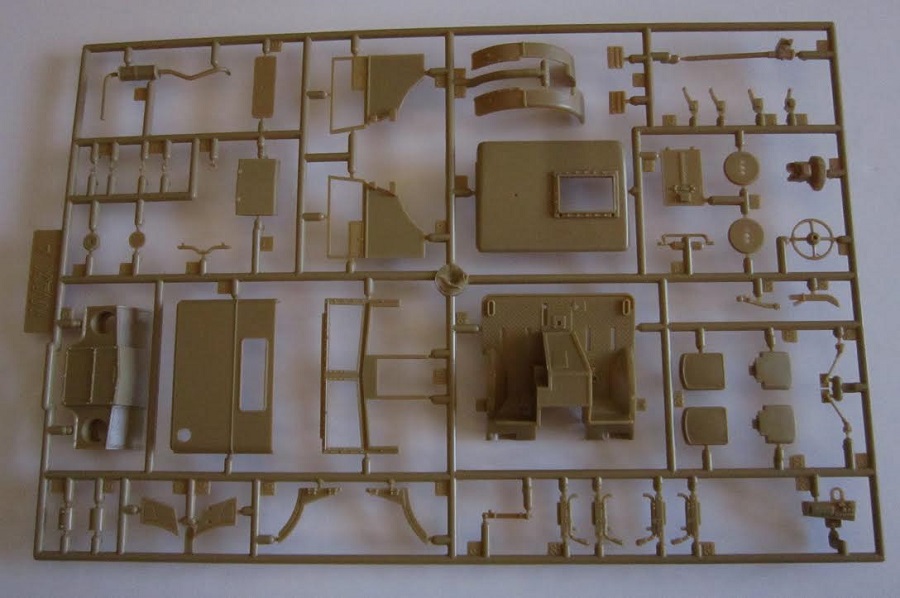 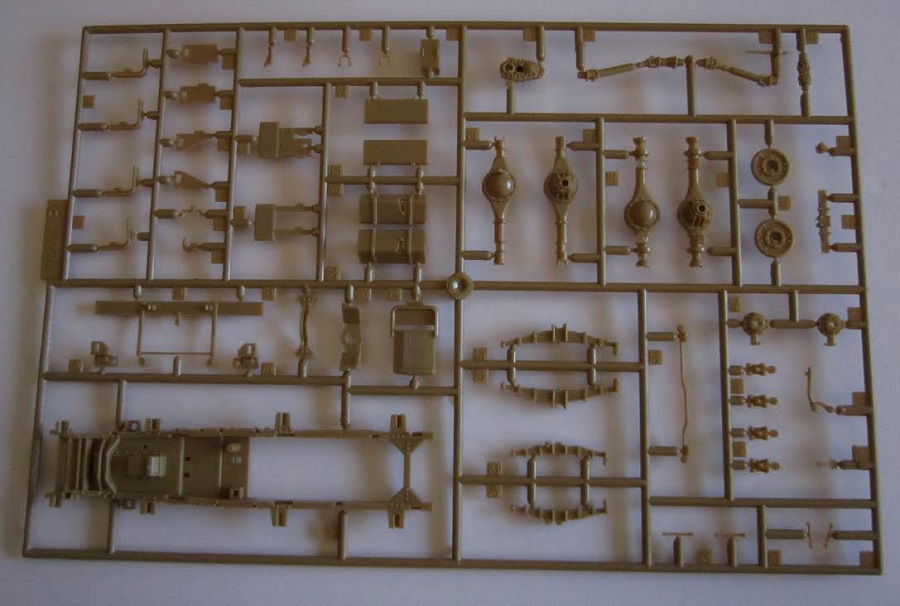 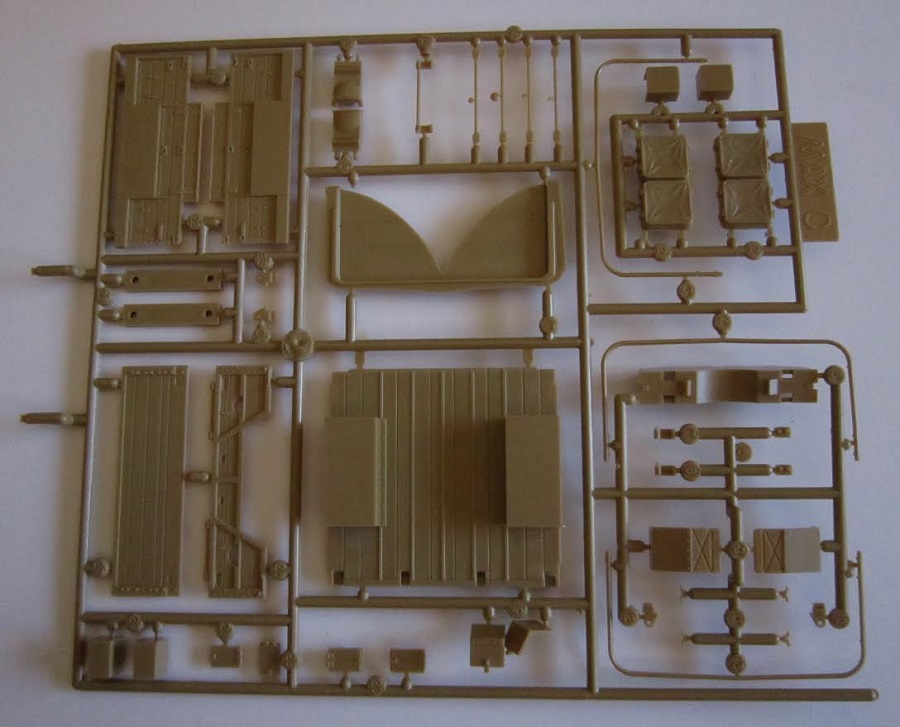 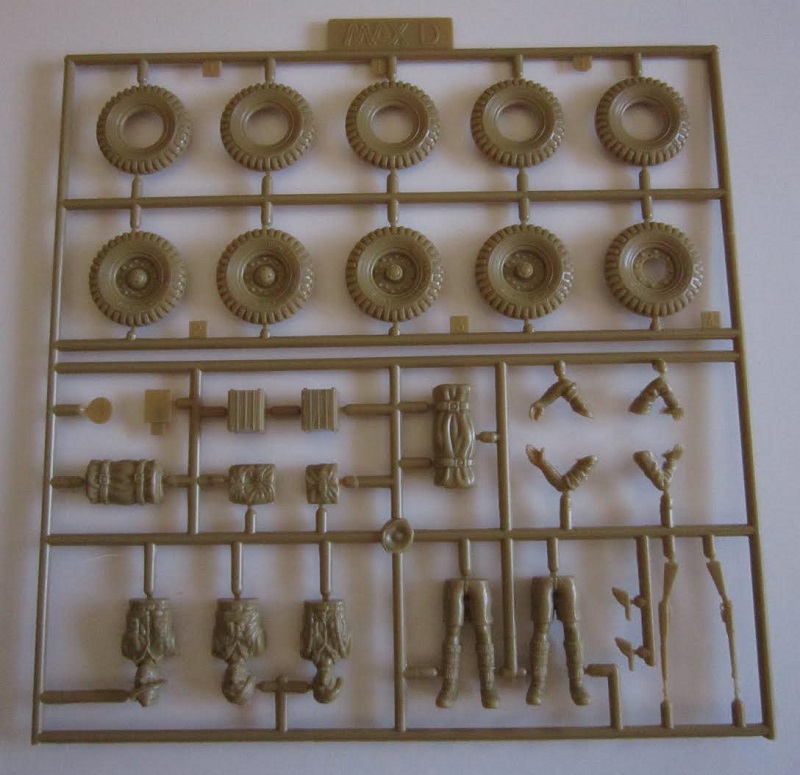 The single tan canvas roof part is next. 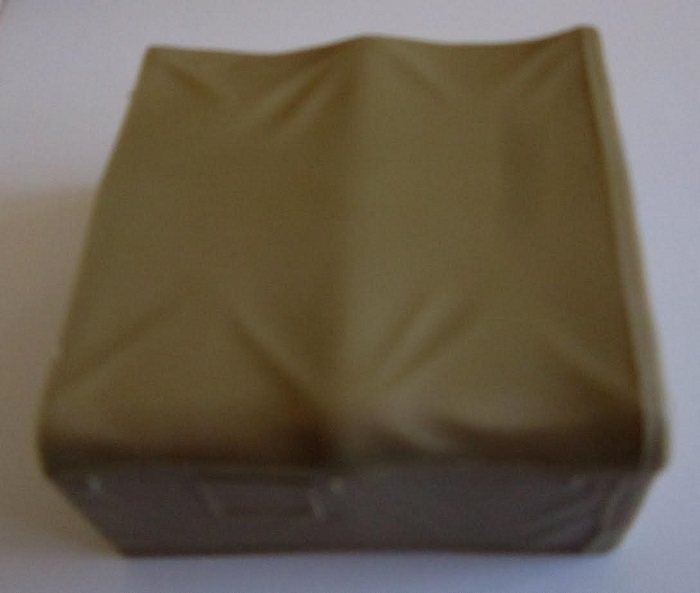 A tan un-alphabetized tree holds all the parts for the 6 pdr howitzer. (98 parts). 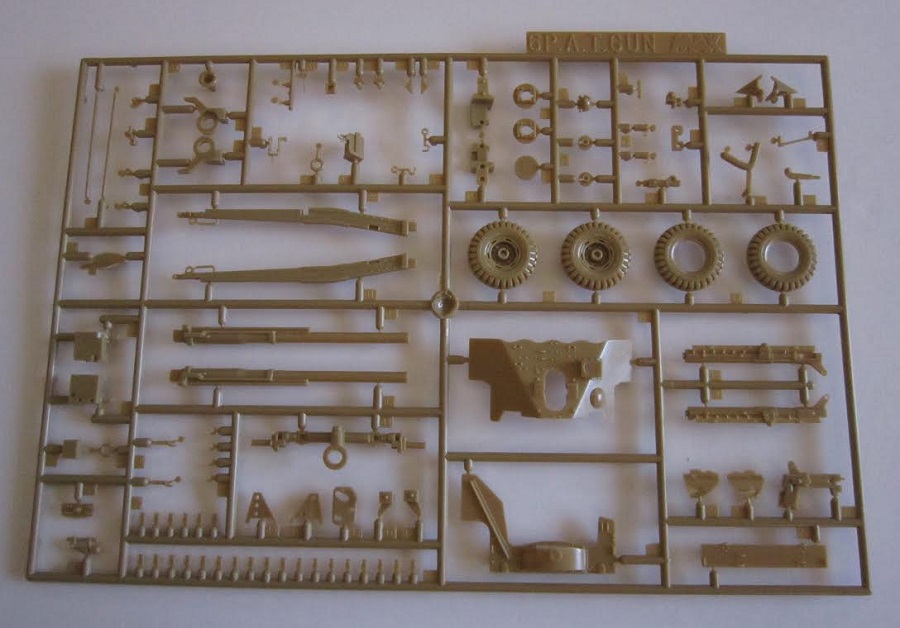 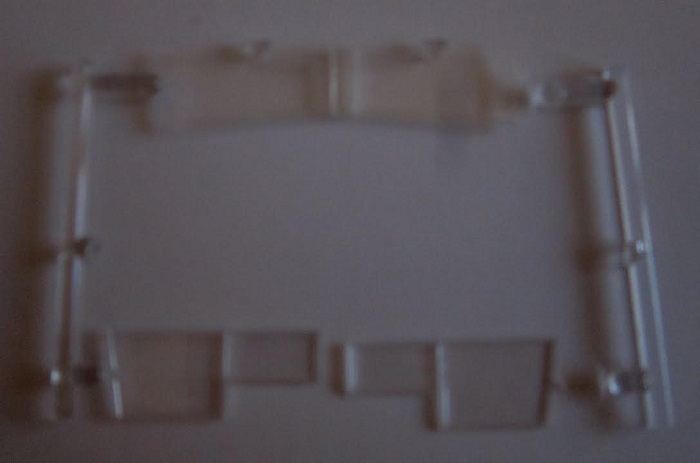 There are 2 steel rods in the kit to put into axles to strengthen them. 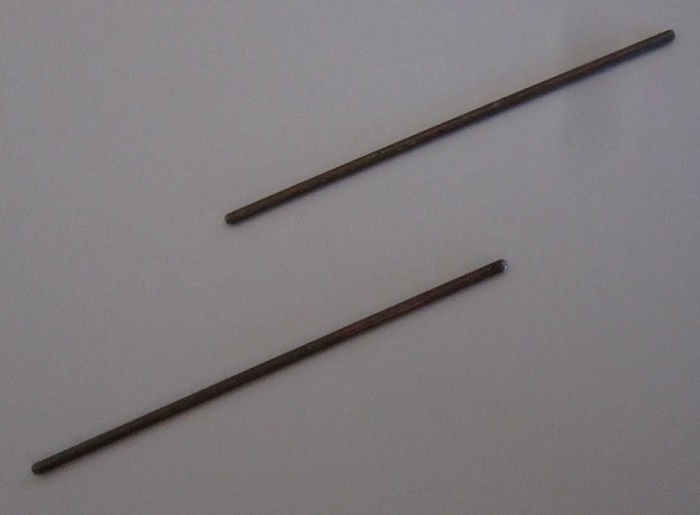 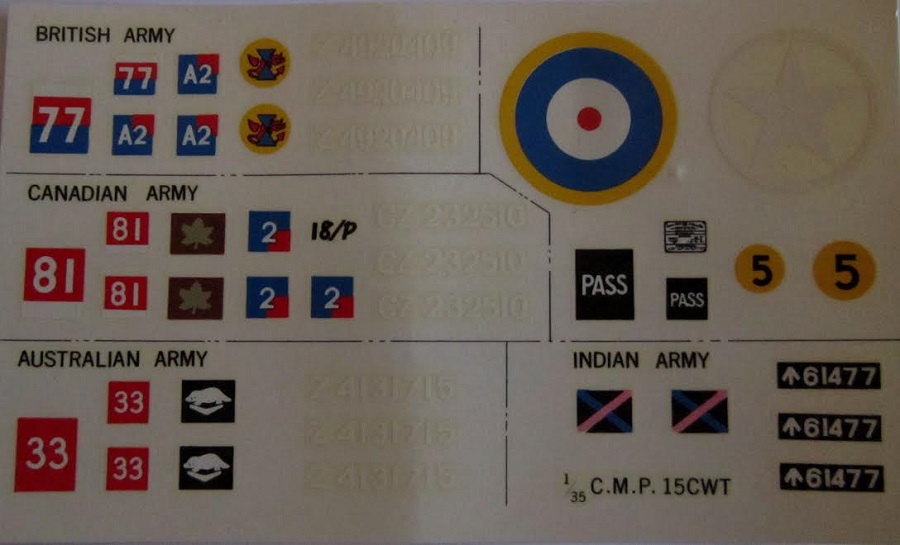 This is a very detailed and neat kit. It has a full engine in it, that I have assembled so far as the only building done so far.

I recommend it to modelers of advanced building skills, due to it’s part count and complexity. It is not for the novice modeler and not a weekend project.

Kit was courtesy of my wallet back in the 70’s. It may be found on the internet someplace perhaps under one of the brands that remarketed the kit years later.