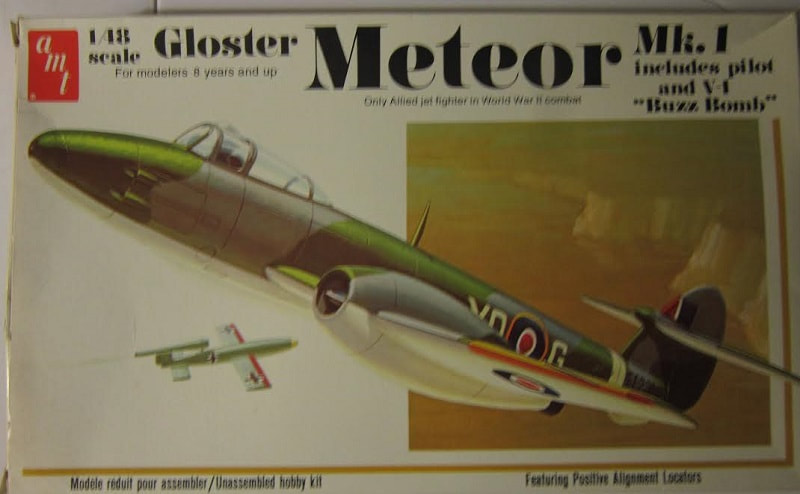 Kit no. T648
By Ray Mehlberger

The Gloster Meteor was the first British jet fighter and the Allies' only jet aircraft to achieve combat operations during the Second World War. The Meteor's development was heavily reliant on its ground-breaking turbojet engines, pioneered by Sir Frank Whittle and his company, Power Jets Ltd.

Development of the aircraft began in 1940, although work on the engines had been under way since 1936. The Meteor first flew in 1943 and commenced operations on 27 July 1944 with No. 616 Squadron RAF.

The Meteor was not a sophisticated aircraft in its aerodynamics, but proved to be a successful combat fighter. Gloster's 1946 civil Meteor F.4 demonstrator G-AIDC was the first civilian-registered jet aircraft in the world.

Several major variants of the Meteor incorporated technological advances during the 1940s and 1950s. Thousands of Meteors were built to fly with the RAF and other air forces and remained in use for several decades. The Meteor saw limited action in the Second World War.

Meteors of the Royal Australian Air Force (RAAF) fought in the Korean War. Several other operators such as Argentina, Egypt and Israel flew Meteors in later regional conflicts. Specialised variants of the Meteor were developed for use in photographic aerial reconnaissance and as night fighters.

The Meteor was also used for research and development purposes and to break several aviation records. On 7 November 1945, the first official air speed record by a jet aircraft was set by a Meteor F.3 of 606 miles per hour (975 km/h). In 1946, this record was broken when a Meteor F.4 reached a speed of 616 mph (991 km/h).

Other performance-related records were broken in categories including flight time endurance, rate of climb, and speed. On 20 September 1945, a heavily modified Meteor I, powered by two Rolls-Royce Trent turbine engines driving propellers, became the first turboprop aircraft to fly.
On 10 February 1954, a specially adapted Meteor F.8, the "Meteor Prone Pilot", which placed the pilot into a prone position to counteract inertial forces, took its first flight.

In the 1950s, the Meteor became increasingly obsolete as more nations introduced jet fighters, many of these newcomers having adopted a swept wing instead of the Meteor's conventional straight wing; in RAF service, the Meteor was replaced by newer types such as the Hawker Hunter and Gloster Javelin.

As of 2013, two Meteors, WL419 and WA638, remain in active service with the Martin-Baker company as ejection seat testbeds. Two further aircraft in the UK remain airworthy, as does another in Australia.

AMT was based in Troy, Michigan. I don't know if they exist anymore??

This kit came in a shrink-wrapped end-opening type box. I am no fan of this type of box because invariably parts of the decal sheet find their way past one of the end-flaps to become lost forever. This kit has a cardboard liner inside to stiffen up the box.

The box art shows a Meteor and a V-1 against a background that is half white and half orange.

The Meteor is in a wave pattern of dark-green and gray over a white undercarraige. It has a fuselage code in white of YQ roundel G. The V-1 is overall dark-green with German crosses on it. However, to my knowledge V-1's were all unmarked.

One side panel of the box says the kit has positive alignment locators with 4 illustrations showing them, over AMT's address in Troy, Michigan.
​The other side panel has the history of the Meteor and V-1 on it.

This kit contains 4 dark-green trees, a clear tree, decal and instructions. The dark-green trees and decal sheet are in a sealed clear cello bag. Everything else is loose.

Trees are not alphabetized or illustrated in the instructions and have no part number tabs next to the parts on them. Bad move AMT. This means lots of careful searching for the correct parts for each assembly step. 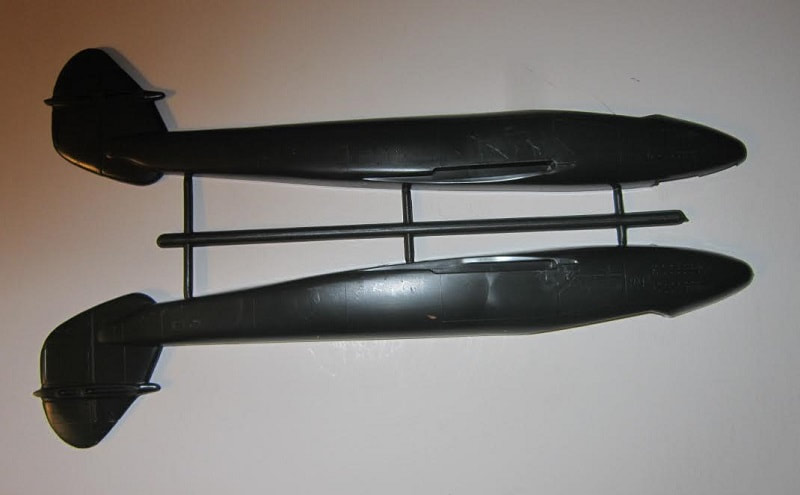 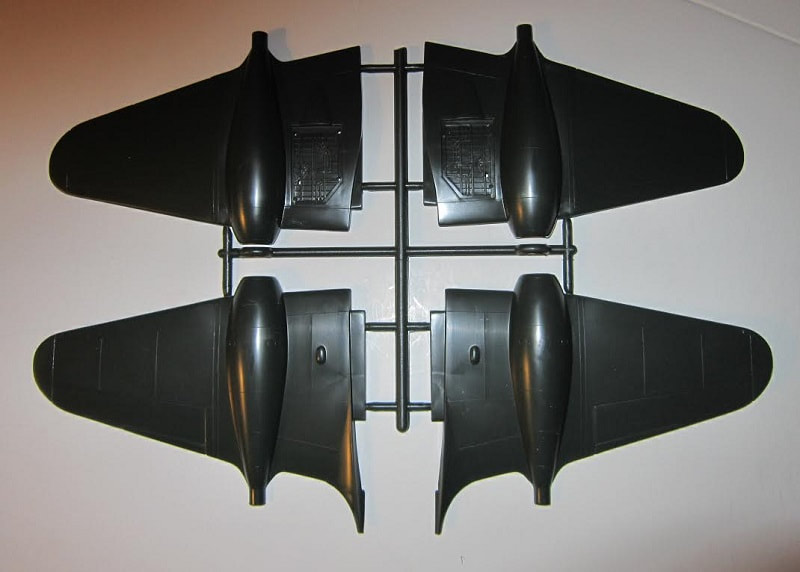 ​The 3rd dark-green tree holds: a choice of up or down main wheels, cockpit floor, elevator halves, dashboard, engine air intakes, pilot, gear doors and the nose cone for the V-1 (22 parts)

​The clear parts tree holds the cockpit canopy and a tail support prop to keep the model tipped forward onto its tricycle landing gear. Obviously, a nose weight is needed. 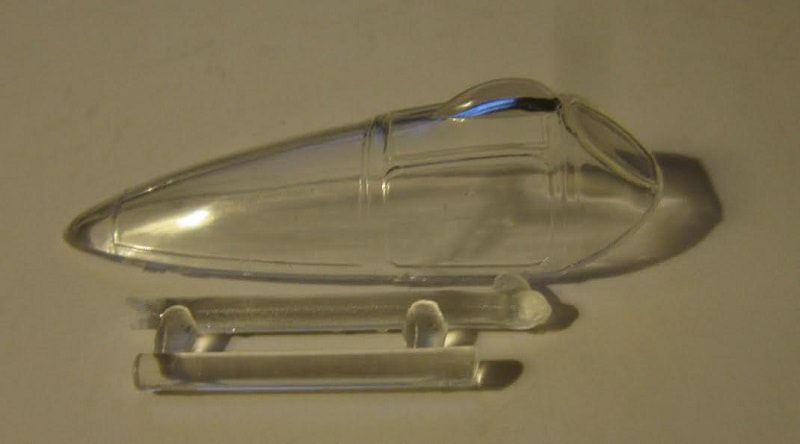 The last item are the decals for the Meteor and V-1. 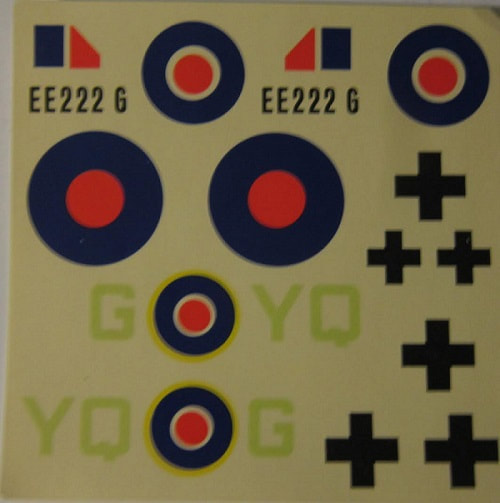