No one really needs an introduction to the Spitfire. For most of Great Britain's WWII aircraft, it was originally accepted by the Air Ministry in 1935, as the first official plane to be equipped with an enclosed cockpit, a retractable landing gear and a battery of eight machine guns. Eventually, after a ten year period of production a total of 20,351, comprised of 40 major variations were built.

The Spitfire's great fame can be traced from a proud ancestry of Schneider Trophy seaplanes (hence the name Supermarine), though its historic exploits during the Battle of Britain, and outstanding service in both British and American squadrons on major fighting fronts of the world.

Members of the famed Eagle Squadrons raised the Spitfire's popularity to an envious height, symbolizing the respect and admiration of freedom-loving flyers and many nations.

To distinguish various types of Spitfires, the R.A.F. allotted mark numbers, generally in chronological sequence. They ranged from Mark I through Mark 24.
This Spitfire kit authentically reproduces an early Mark (LF) IX, a low altitude fighter powered by a 1,580 h.p. Rolls-Royce Merlin 66 engine, giving it a maximum speed of 408 mph at 25,000 feet.

This kit came in a blousey shrink-wrapped tray and lid type box. The box is 3" too long.

The one in the foreground is in a wave-pattern of olive-green and grey over a light-grey undercarriage. It has a white spinner and a white fuselage code of FY roundel F, followed by a black serial no. BS435 over a white fuselage band and a tri-color flash on the rudder.

The second Spitfire behind it is banking away and only showing its bottom side, which is also light-grey.

One end of the box art says "Defender of Britain, most popular fighter and backbone of the Royal Air Force".

One side panel begins with a small color photo of the model made up in the box art scheme, followed by a one-paragraph history of the Spitfire, over the 3 copyright dates and Monogram's address in Morton Grove, IL. Printed in USA.

The other side panel is identical.
​WHAT'S IN THE BOX:

The instructions consists of a single-sheet that accordion-folds out into 6 pages in 7 1/4" x 8 1/4" page format.

Page 1 begins with a black and white photo of the model made up in the box art scheme, over the history of the Spitfire, a copyright date of 1962 and Monogram's address in Morton Grove, IL and that they were a subsidiary of Mattel Inc. at the time of this kit's release. MADE IN USA.

Page 2 begins with READ BEFORE YOU BEGIN ASSEMBLY instructions, over the first 5 assembly steps.

Page 3 & 4 gives a balance of a grand total of 15 assembly steps and instruction for how to operated the landing gear.

The cockpit interior is really sparce, with only the pilot and the cockpit's rear wall. Modelers with AMS (advanced modeler's syndrome) will want to beef up this area for sure.

Page 6 is finishing instructions for painting and marking the model and decal application instructions.

Trees are not alphabetized or illustrated in the instructions. They do, however, have part number tabs next to the parts on the trees.

Part trees are called out by letter S and G. S means to use the silver-grey parts and G the grey ones. Odd! 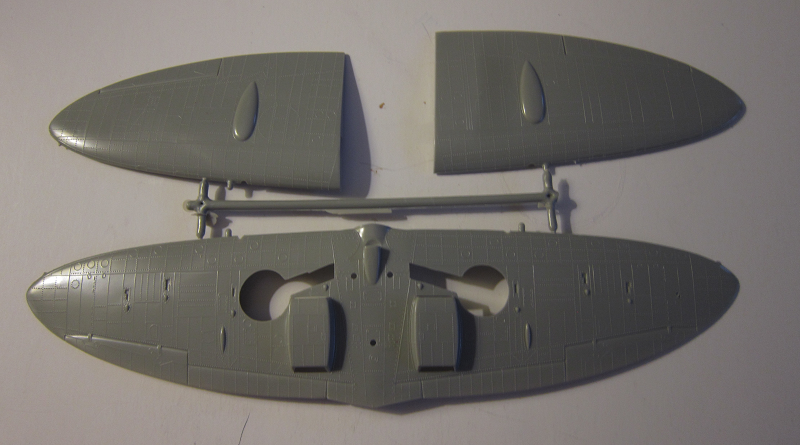 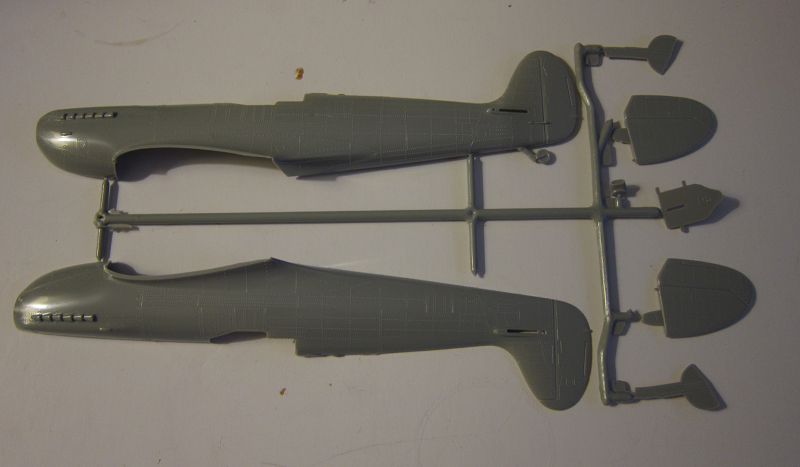 ​The clear part is the canopy (1 part)
​The decal sheet and the Science Program enlistment form completes the kit's contents. 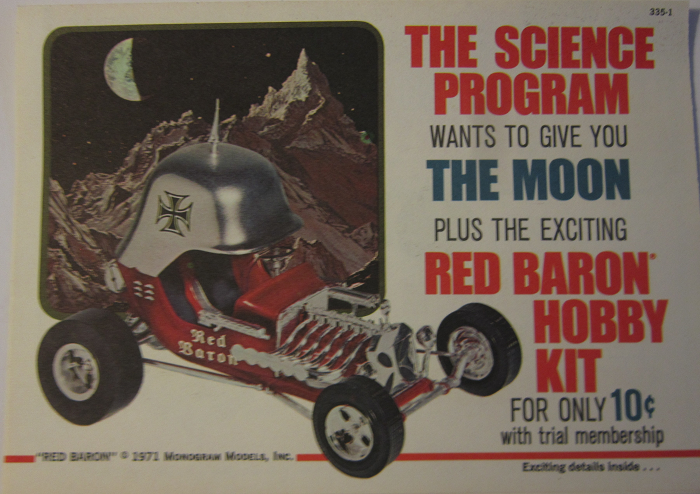 ​Detail is the raised variety and all flaps are molded solid.
​Recommended.