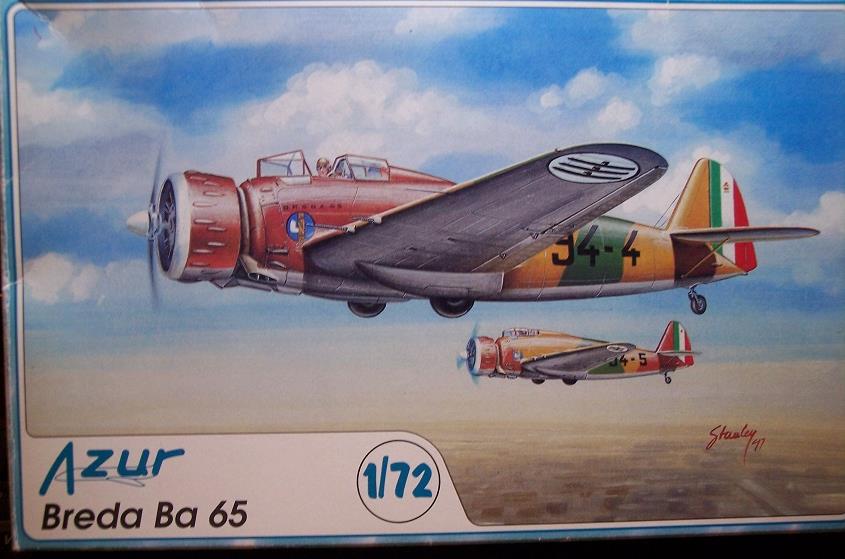 Azur is a model company based in the Czech Republic.
HISTORY:

The Breda 65 was an Italian aircraft designed as a light-assault aircraft. It was developed from the Breda Ba-64 and the first prototype few for the first time in September 1935. The first batch of 81 Ba-65’s with Gnome-Rhone engines was ordered in 1936. The Breda Ba-65 participated in the Spanish Civil War with the 65th Squadriglia of the Aviazione Legionaria. The experience of the Spanish Civil War showed that the Breda Ba-65  was a good assault aircraft but a poor fighter.
A second batch of 137 aircraft which included machines with Gnome-Rhone engines and others with Fiat A-80 engines was delivered before 1939. They were serving with the Squadriglias of the 5th and 50th Stormo and were used during the combats in North Africa.

During 1940-1941 winter they took part in the Italian attempt to stop the British advance in Libya. It was built in various versions, single-seat, two-seat, and two-seat with turret. It was used with different engines as the radial Fiat A-80 and the Gnome-Rhone K-14. This aircraft was widely exported and used by Iraq, Chile and Portugal. Some of the machines used by the Italians during the Spanish Civil War remained in Spain after 1939.

The kit came in a shrink-wrapped end-opening type box. I am no fan of this kind of box. Parts seem to find their way past the end flaps and get lost. Give me a tray and lid type box any day.

The box art shows 2 Ba-65’s flying in formation. They are both in a wave pattern  camouflage of green, sand and dark brown. The undersides are dark gray. Both aircraft are with the Italian Air Force 34th Squadriglia. Unfortunately these markings are not included on the kit’s decal sheet.

One side panel of the box tells the features of the kit in English, German, French and Czech.

The other side panel says that the kit was designed and conceived in France and molded in the Czech Republic and that it is a limited edition with a copyright date of 1997.

Inside the box is a sealed cello bag that holds 2 light gray trees of parts, vacuformed clear window parts, a photo-negative for the dash board instruments, a fret of brass photo-etched parts, a resin cowl part and the decal sheet.

The instructions complete the kit’s contents. It consists of an un-bound booklet of 8 pages in 6” x 8 ¼” page format.

Page 1 of the instructions begins with a black and white line drawing that shows the Ba-65 head on. This is followed by the history of the aircraft in English, German, French and Czech.

Page 2 is the parts trees drawings.

Page 3 has a 4-view illustration of a Ba-65 K-14 with the 8th Gruppo, 94th Squadriglia, 1938. It is fuselage number 94-4. It is in a wave pattern camouflage of sand, green and dark brown over middle gray under carriage.

Page 4 has a 4-view of a Ba-65 K-14 with the 65th Squadriglia, Tudela Airfield, 1938 during the Spanish Civil War Aviagione Legionaire markings and in a mottle pattern of the green, sand and dark brown over the middle gray. The fuselage number is 16-41 with a black circle in the center of this number that has a cursive letter M on it in white. The wing tips are white.

Page 5 to page 7 give a total of 6 assembly step drawings.

Page 8 has a 4-view of a Ba-65 K-14 with the 8th Gruppo, 93rd Squadriglia, 2nd Stormo Caccia Terrestre, 1938, The fuselage number is 93-6 and it’s in the wave pattern camouflage of green, sand and dark brown over the middle gray undersides.

Being that it is a limited run kit, some extra things will have to be done to assemble it. The PE needs bending. You are directed to stretch sprue to fabricate the support wires for the horizontal tail surfaces. The vacuformed clear parts have to be trimmed from their sheet and best glued with white glue. Super glue will have to be used to attach the PE parts and the resin cowl part. Some sections of the fuselage parts have to be removed to open up the cockpit area and the observation window opening in the bottom. The wing guns need to be trimmed to the proper lengths using the dimensions shown in the instructions.
The first light gray parts tree holds: the fuselage halves, wing halves, turtle decking, main wheel halves, horizontal tail parts, rudder and dash board wall. (16 parts) 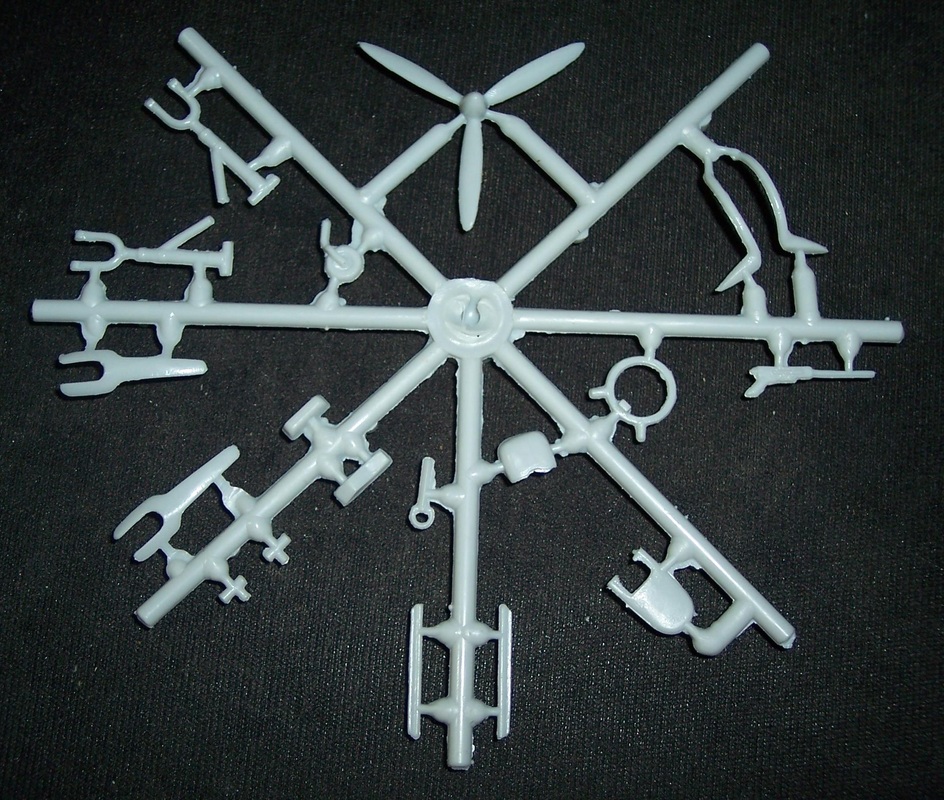 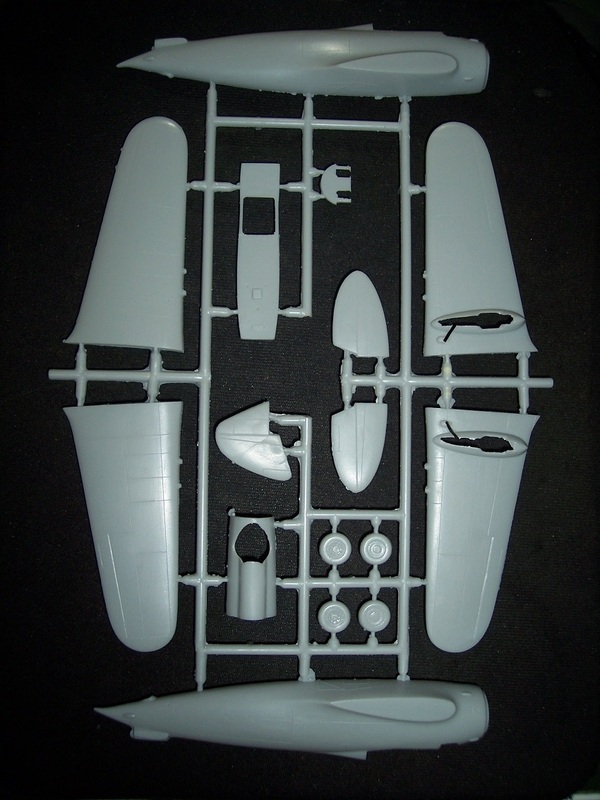 This tree was done in a mold that was spun while injecting the molten plastic into it’s center. Centrifugal force then pushed the plastic out to the ends of the wagon wheel arms.

The clear vacuformed sheet holds 2 alternate cockpit canopies; a long one and a short one. The short one is used if you are mounting the machine gun and it’s ring in the rear seat. A third part on this sheet is the observation window that goes in the cockpit floor. (3 parts) 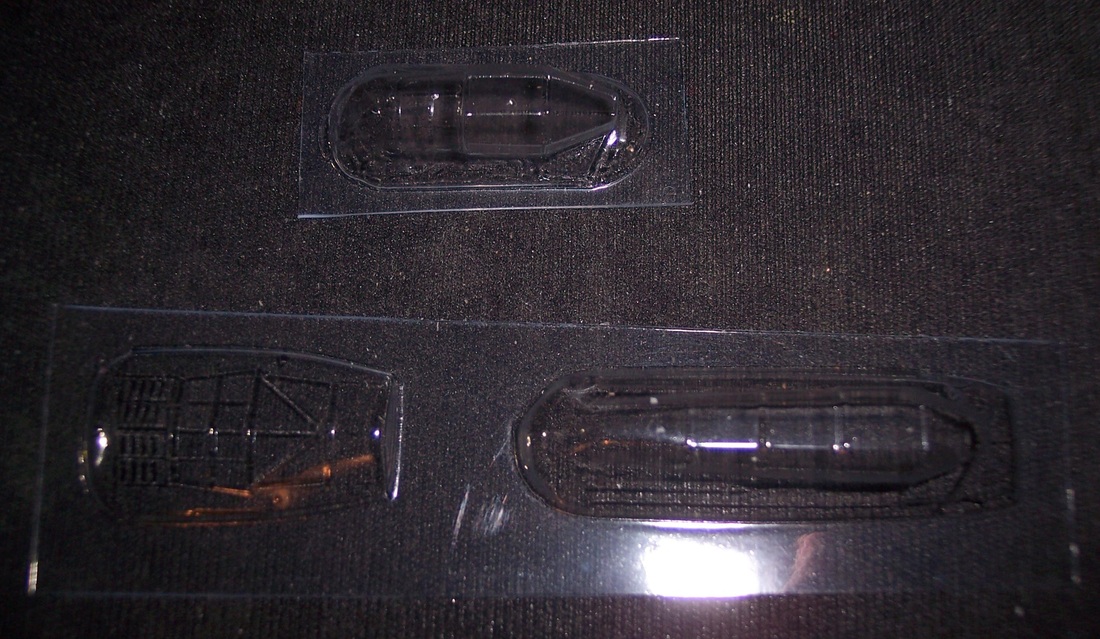 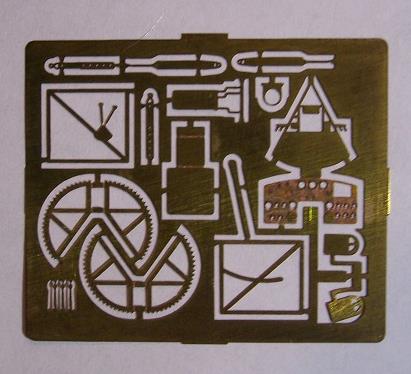 The dash board instruments are done as a black photo negative. (1 part) 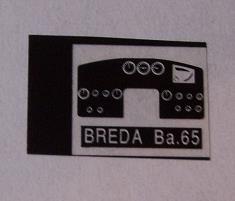 In the hands of a very experienced modeler with careful work this kit will make up beautifully.

I bought my kit years ago. I think it was at the IPMS National Contest in St. Louis maybe.

Although this kit is out of production, it can be found on E-bay for around $25.00. The aircraft has also been done by AZ Model, Rareplanes (vacuform), Special Hobby (in 1/48th scale), RCR, Aerofile Le Macchine E La Storia and 48 Hobby (1/48th scale) model brands. So one of these should be easy to find around. 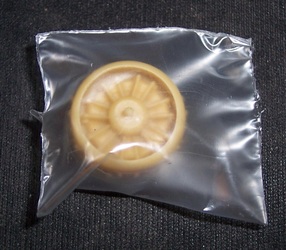 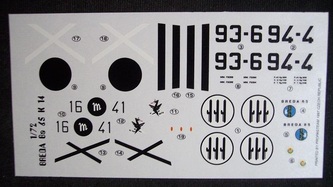