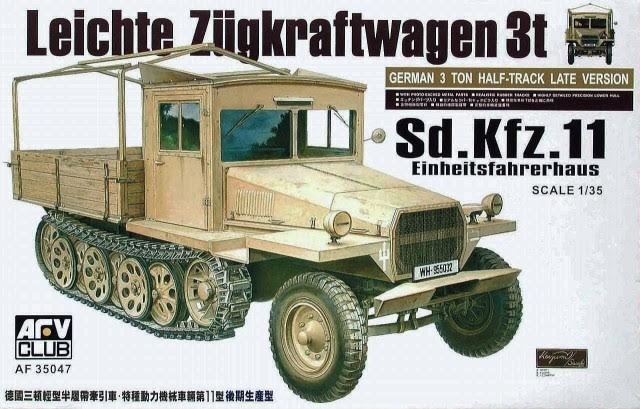 The Sd.Kfz. 11 Light Half-Track was originally designed for towing mid-size howitzers and was widely adapted on all fronts throughout Europe and North Africa during WWII.

Due to the lack of materials at later stages of the war, its production proceedure had gone through considerable simplification. Besides the chassis, which remained unchanged, the later model heavily adopted parts of the Sd.Kfz. 251 rendering it a significantly different look.

Due to the crucial need for steel and other war supplies, the upper hull of the late war Sd.Kfz 11 was assembled largely with wooden material. Following the lengthening of its engine compartment, the driving cabin was modified to a tightly enclosed wooden structure.

Similar to the Sd.Kfz. 251, its steering wheel was also changed to a downward-tilting angle. Other than its original towing duty for artillery units, the usage of late-war Sd.Kfz. 11's had widely diversified, serving the Third Reich throughout the last days of the war.

This kit comes in a shrink-wrapped tray and lid type box. This box is blousy and has a large letter "L" void around the parts.

The box art shows a Sd.Kfz. 11 posed against an all-white background, similar to how Tamiya does their box arts.

The half-track is overall light tan with a white license plate with the number WH-955032 in black on it. The right front fender has a white trident insignia on it and a white horizontal bar on the left front fender.

The box art also has a listing of the features of the kit, in English, Japanese and Chinese:
Photo-etched parts, realistic rubber tracks, highly detailed precision lower hull.

One side panel of the box has a 3-view of the box art subject Sd.Kfz. 11, showing its front, rear and side.

The other side panel gives the address of Hobby Fan Trading Co.,Ltd. in Taipan, Taiwan, their telephone and FAX numbers.

This is followed by a small repeat of the box art and a listing of a few specifications for the truck.


Next, in 7 languages including English, it says that the kit is for collectors 10 years and older. The importer for Europe is Azimut Productions based in Paris, France, who's address is supplied.

Printed in black and white on the inside bottom of the box tray are 15 more box arts. Most are repeats of the ones above.

Page 1 begins with a black and white repeat of the box art, followed by the history of the truck in English and Chinese.

Page 2 begins with a paragraph that is all in Chinese, above an international assembly symbol explanations, decal application instructions and a suggested pain color listing in the two languages.

Page 3 through the top of page 11 give a grand total of 19 assembly steps.

The bottom of page 11 has a 2-view of the box art subject (already described above).

Page 12 has the parts trees illustrations at the top. At the bottom of the page is a customer assistance coupon in English and Chinese. 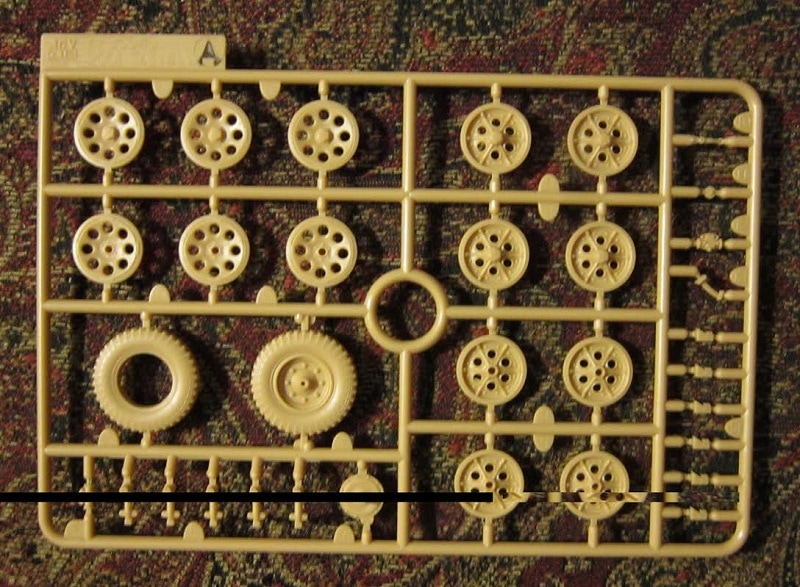 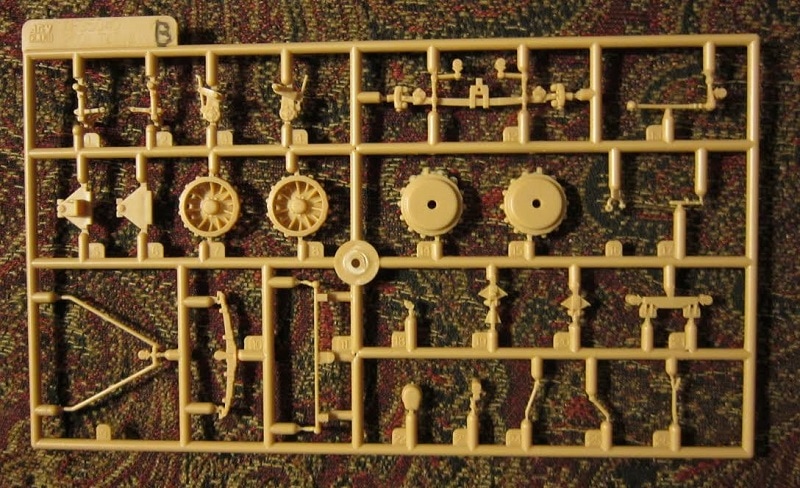 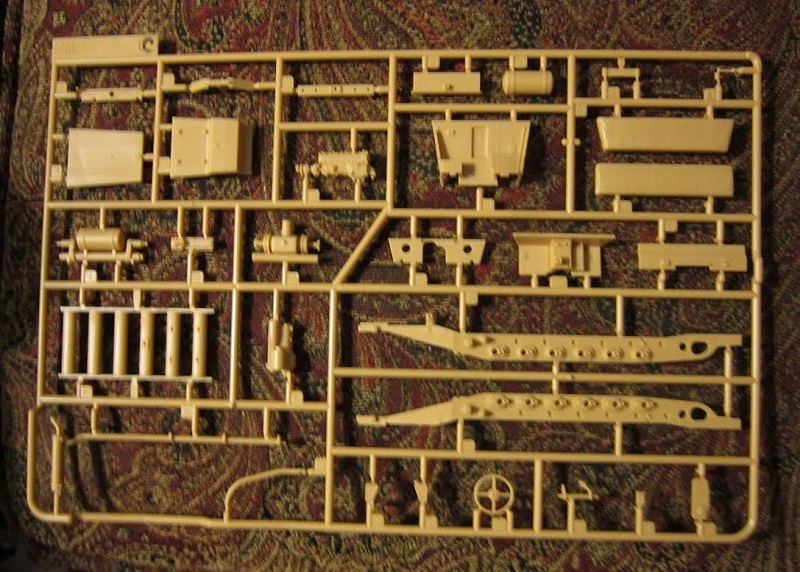 ​Labeling now jumps to letter G, which is the steel PE fret it holds the radiator grill. 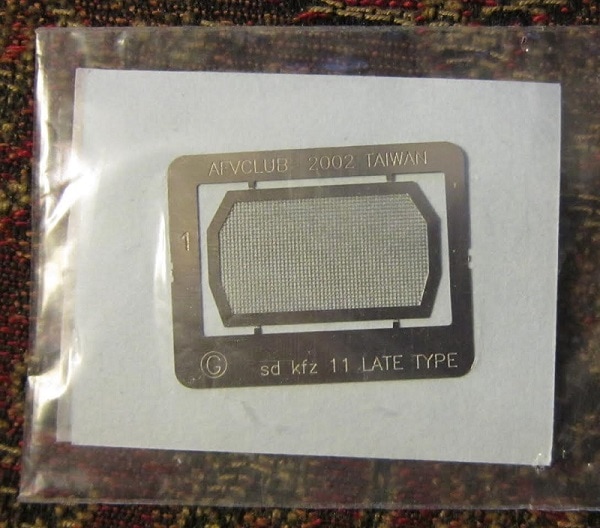 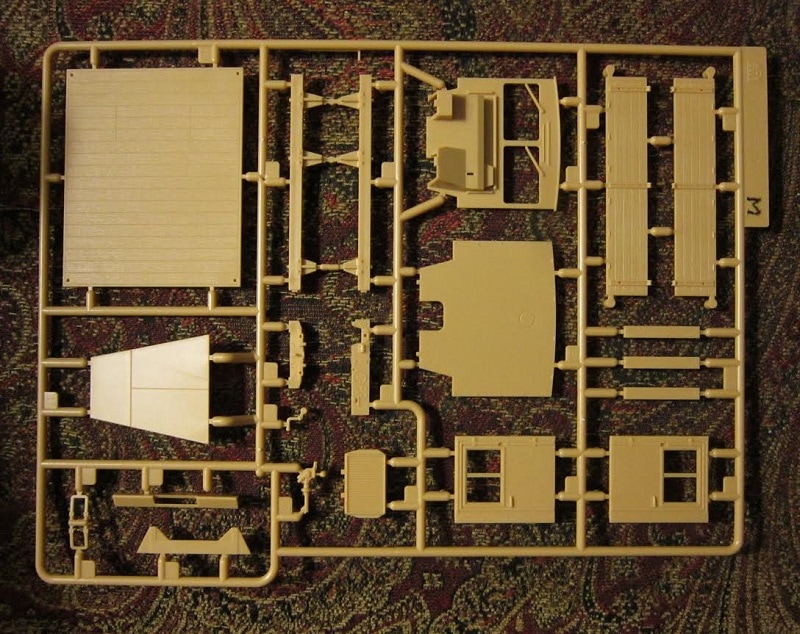 ​Letter N is the clear parts. The tree holds 3 window panes. There are no clear headlight lenses. 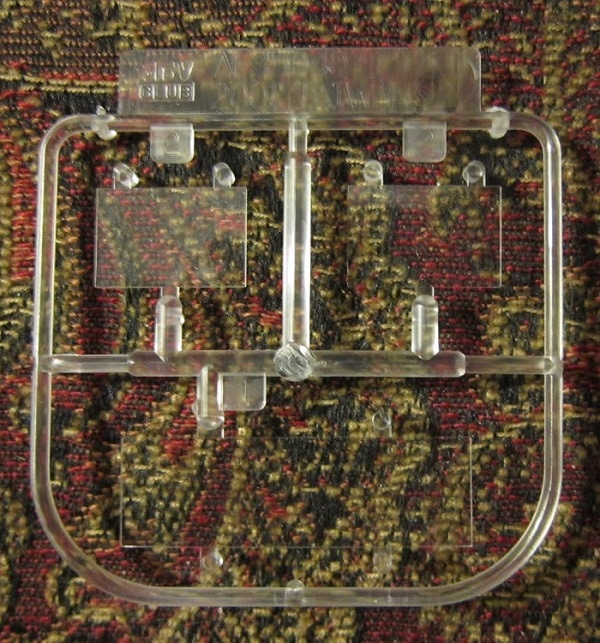 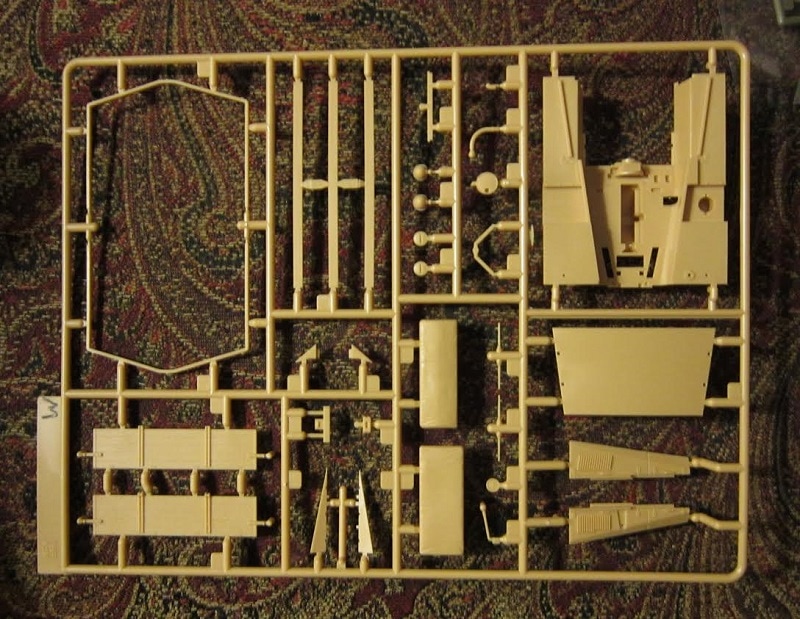 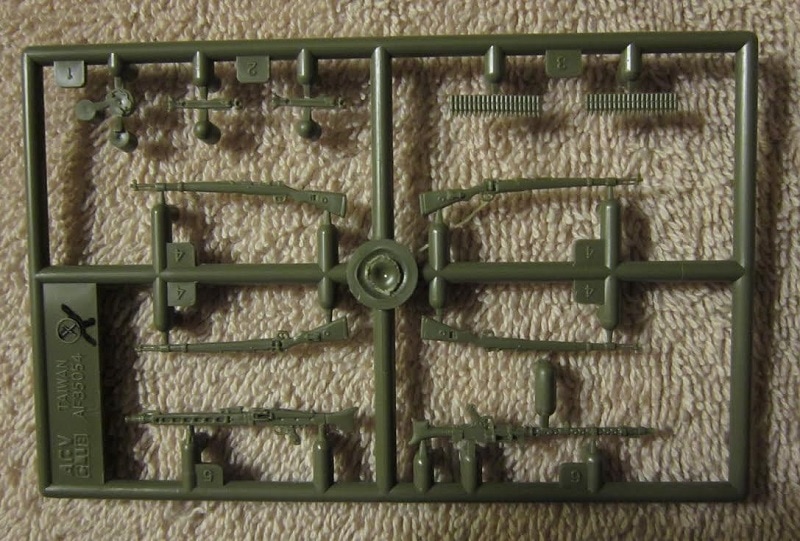 Letter I is the decal sheet and completes the kit contents. It has a frosted tissue to protect its face from scratching. There are other unit and tactical markings on this sheet, but the marking and painting instructions don't mention them. 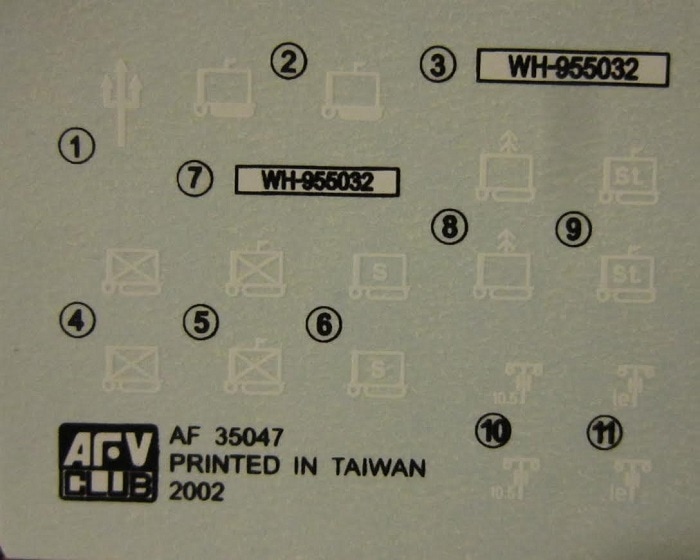 This is a neat kit, as far as it goes. I would have liked to have had it supply at least a driver figure and some cargo stuff. Also more instruction on where those other marks would be used.
​
Otherwise recommended.