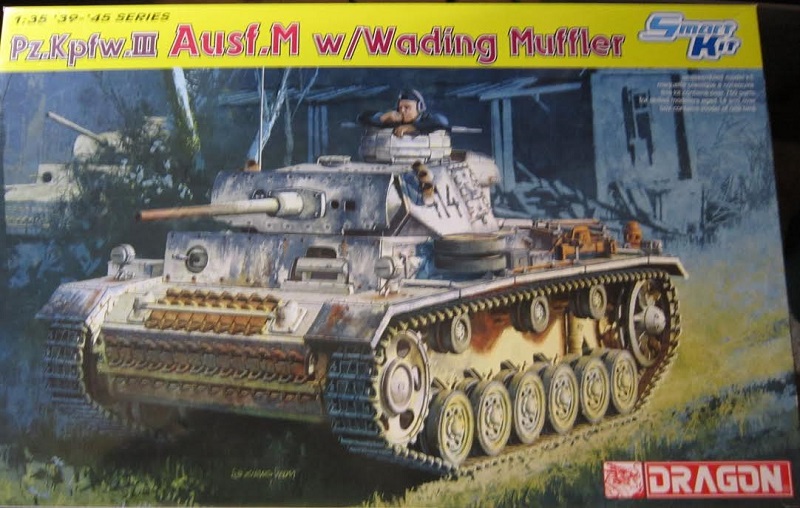 The Panzerkampfwagen III, commonly known as the Panzer III, was a medium tank developed in the 1930s by Germany, and was used extensively in World War II. The official German ordnance designation was Sd.Kfz. 141. It was intended to fight other armoured fighting vehicles and serve alongside the support Panzer IV; however, as the Germans faced the formidable T-34, stronger anti-tank guns were needed.

Since the Panzer IV had a bigger turret ring, the roles were reversed. The Panzer IV mounted the long-barrelled 7.5 cm KwK 40 gun and engaged in tank-to-tank battles. The Panzer III became obsolete in this role and for most purposes was supplanted by the Panzer IV. From 1942, the last version of Panzer III mounted the 7.5 cm KwK 37 L/24, better suited for infantry support. Production of the Panzer III ended in 1943. However, the Panzer III's capable chassis provided hulls for the Sturmgeschütz III assault gun until the end of the war. The Ausf. M had minor modifications of the Ausf L version, such as deep-wading exhaust and Schurzen side-armour panels.
​THE KIT:

DML Dragon is a prolific model company based in Hong Kong, China. They make all kinds of model subjects in the popular scales.

The box art shows a Pz.Kpfw. III Ausf. M passing by a ruined building. In the background behind some bushes is a second Pz.Kpfw III. The Ausf. M in the foreground is in overall panzer gray with a worn coating of winter white-wash on it. It carries the black turret number of 414. The commander is looking out of the upper turret hatch and is talking on a microphone and has head set on. He wears the all black Panzer uniform.

One side panel has 5 side views of the tank:

​These are followed by a CAUTION about being careful with glue near an open flame or breathing the vapors, in 6 languages including English.

The kit is intended for modelers over 14 and no suitable for kids under 3 due to small parts.
The copyright date of the kit is 2011.

DML's street address in Hong Kong, China is provided and their web address. The kit was made in China.

​The bottom of the tray has 35 more white illustrations of part features in the kit, again against all black background:

Wow!! That's a lot of details. However, I tend to think that DML gets carried away with the superlatives they use about these details. How wonderful and great they are. 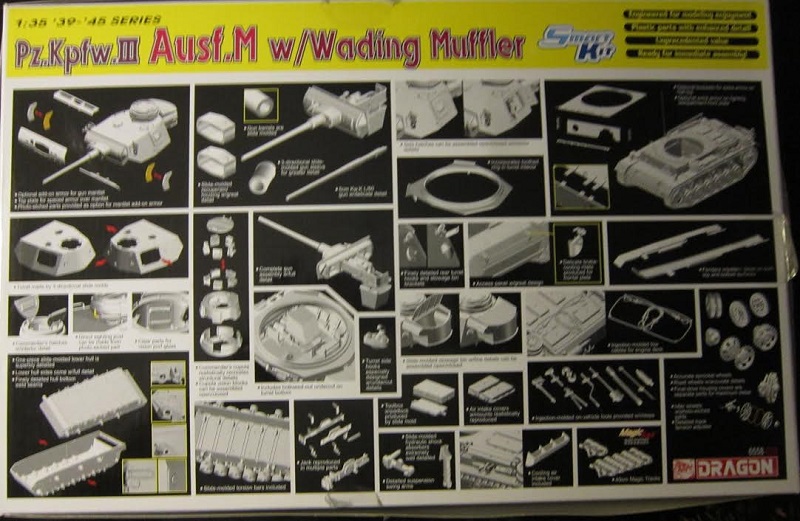 One of the largest quantities of things that are more than any other kit in my stash.

2 more sealed cello bags are attached to a cardboard sheet that has a tread-plate design on it. They contain the Magic Tracks.

Page 1 of the instructions begins with a black and white repeat of the box art, followed by the parts trees illustrations.

Page 2 begins with ATTENTIONS about the kit in 6 languages including english and international assembly symbol explanations plus a listing of GSI Creos Corp. Aqueous Hobby colors and their Mr. Color paints.

Below these is the first 3 assembly steps.

Page 8 has five 3-views for painting and marking schemes:

Below these schemes is Dragon's European address in Graz, Austria, the copyright date of 2011 and  decal application instructions in 6 languages including English. 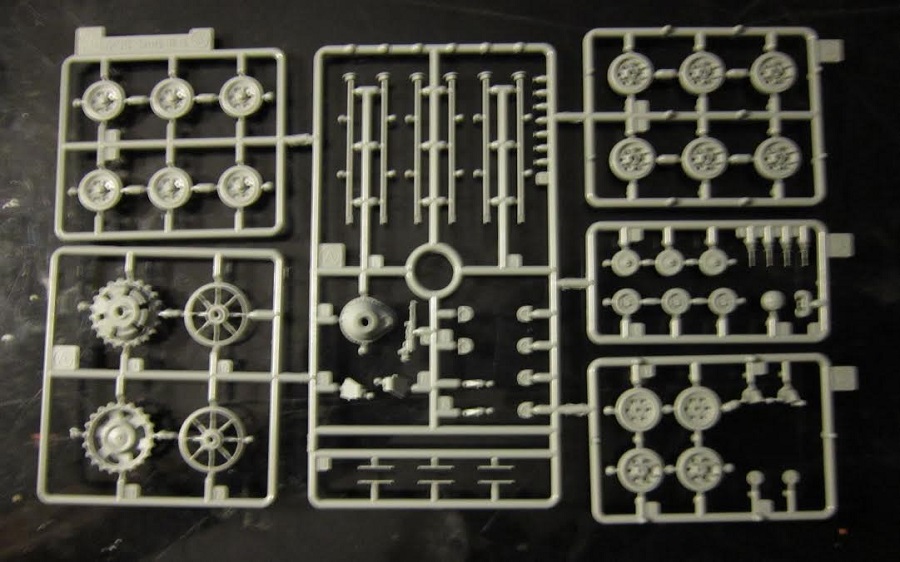 A third large medium-grey tree is also labeled as A. It holds: the turret hull mounting plate, tools, tow hooks, aerial etc. (93 parts) 14 of these parts are blued-out in the parts illustrations as being excess and not needed to complete the model. 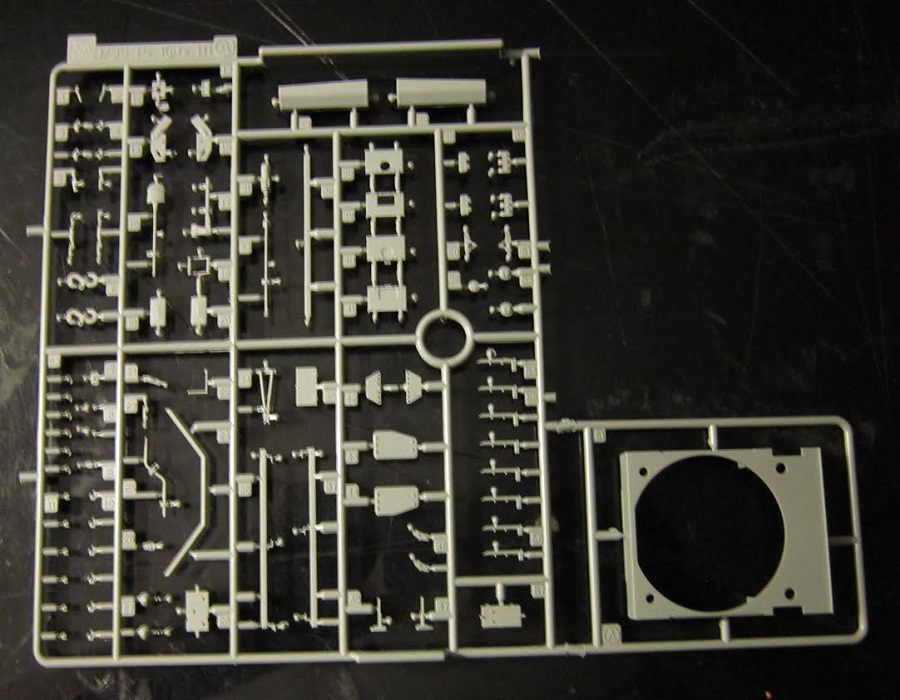 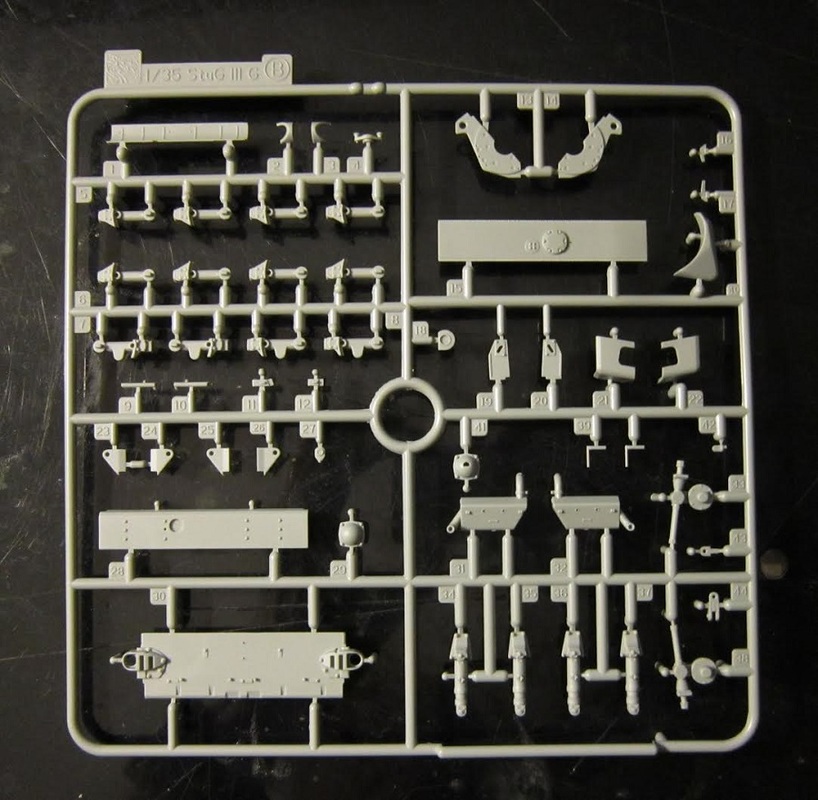 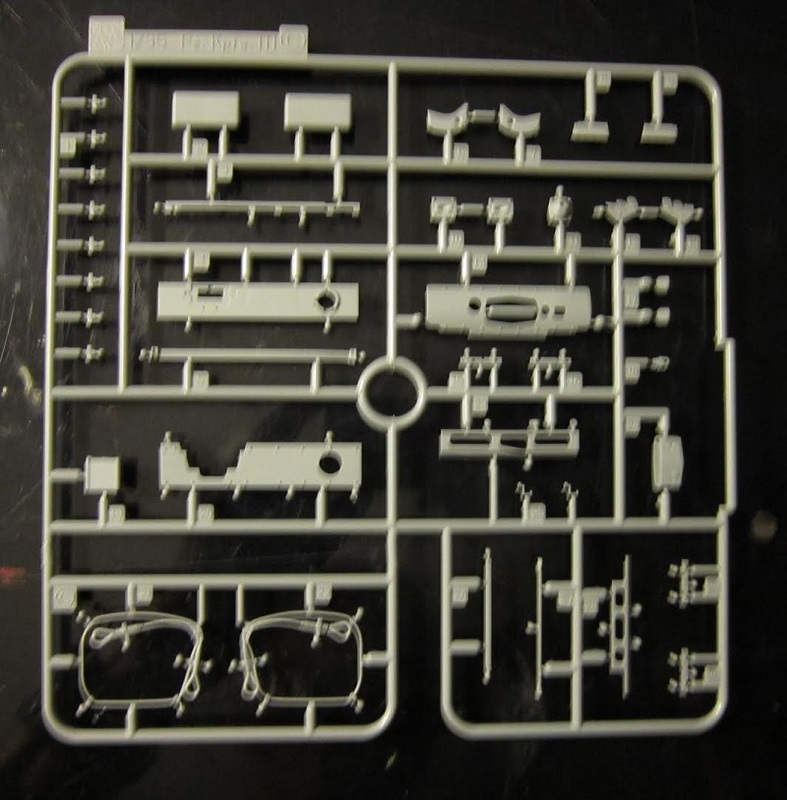 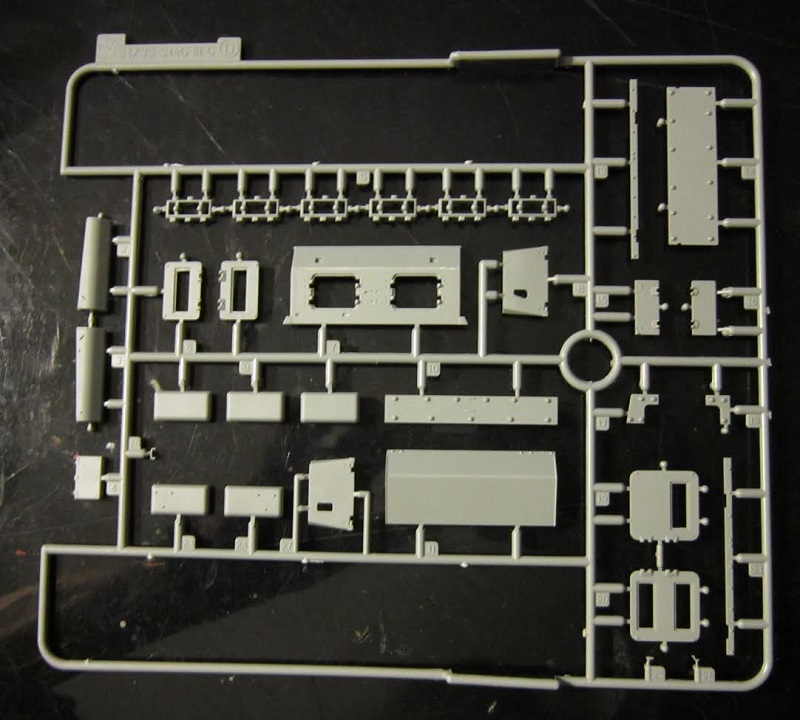 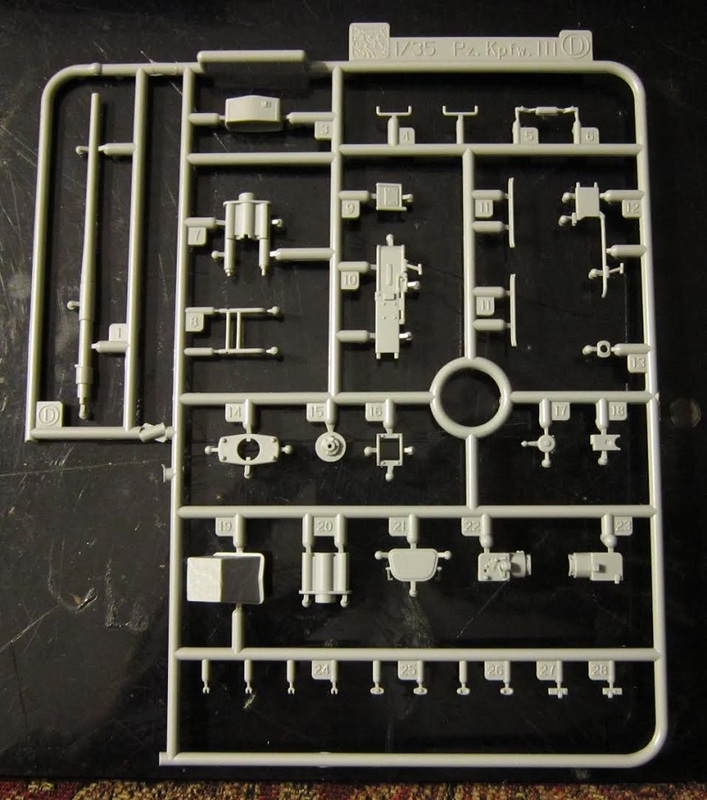 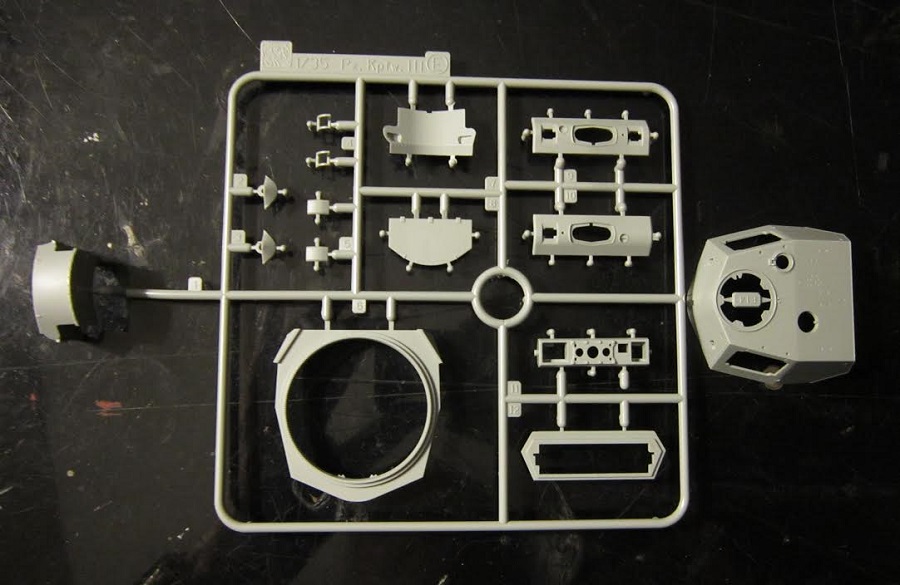 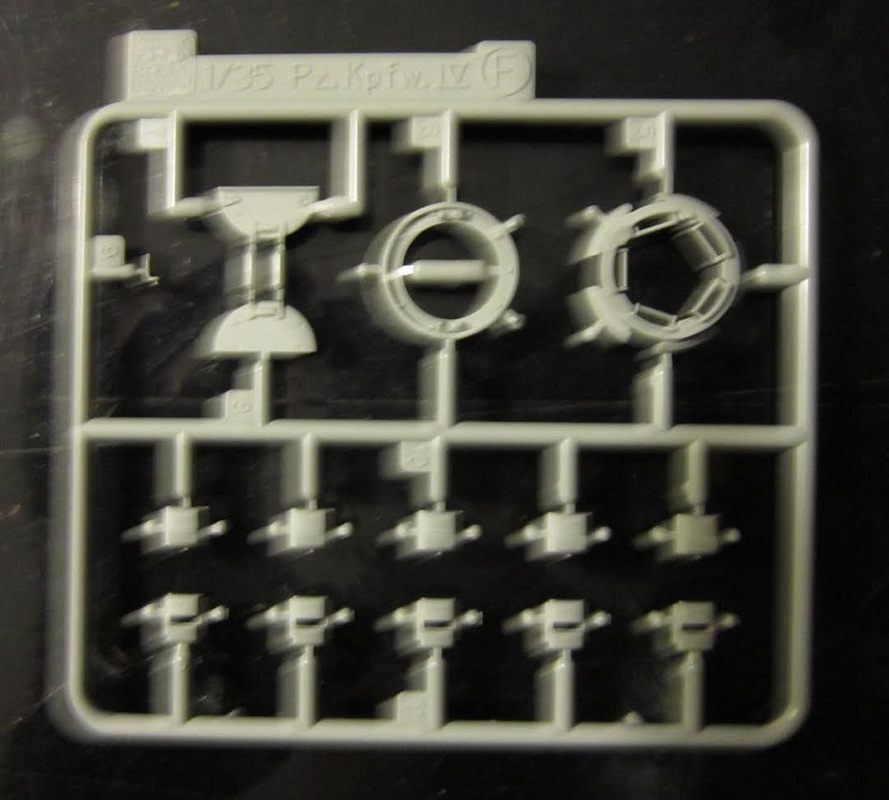 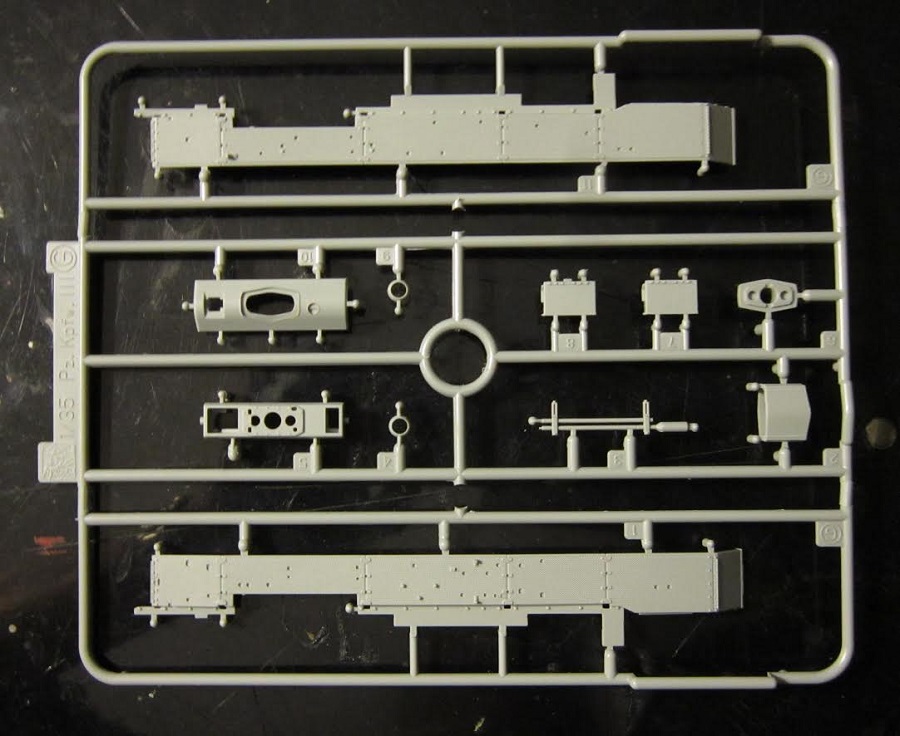 ​A second medium-sized medium-grey letter G tree holds: another aerial, hatch doors etc. (52 parts) 6 parts are excess. I don't have a clue what most of the tiny parts are on this tree and wouldn't even attempt to name them. 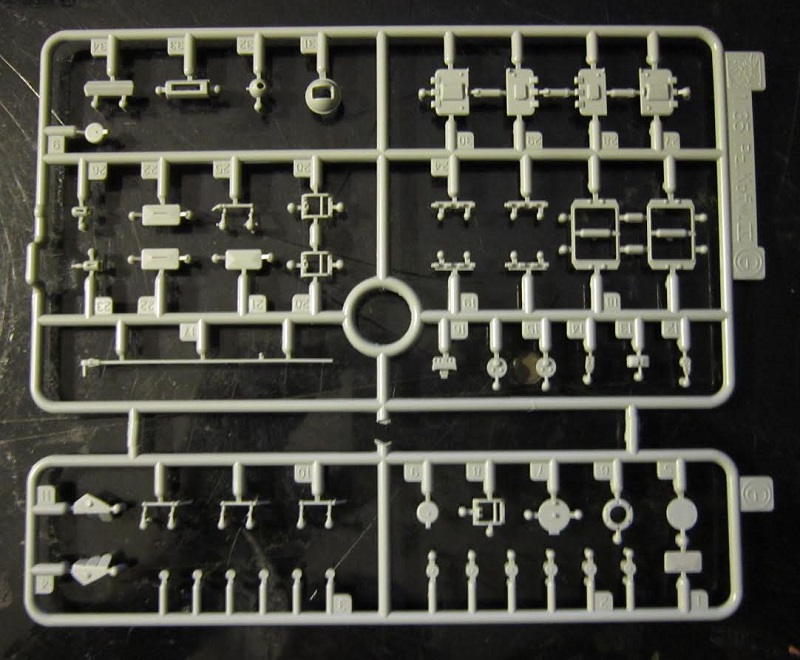 ​A second small lower case letter g tree holds: another gun cleaning rod,the jack and tools etc. (66 parts) All but 3 of these parts are excess. 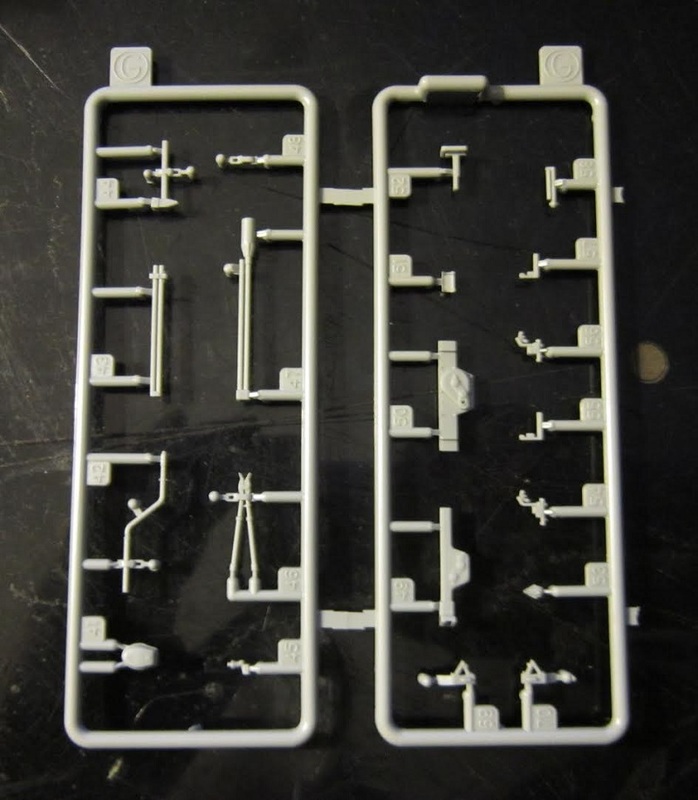 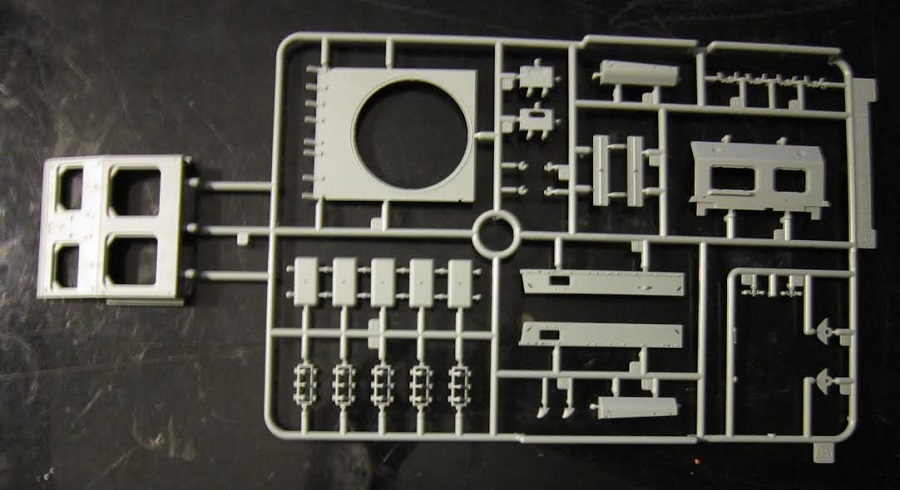 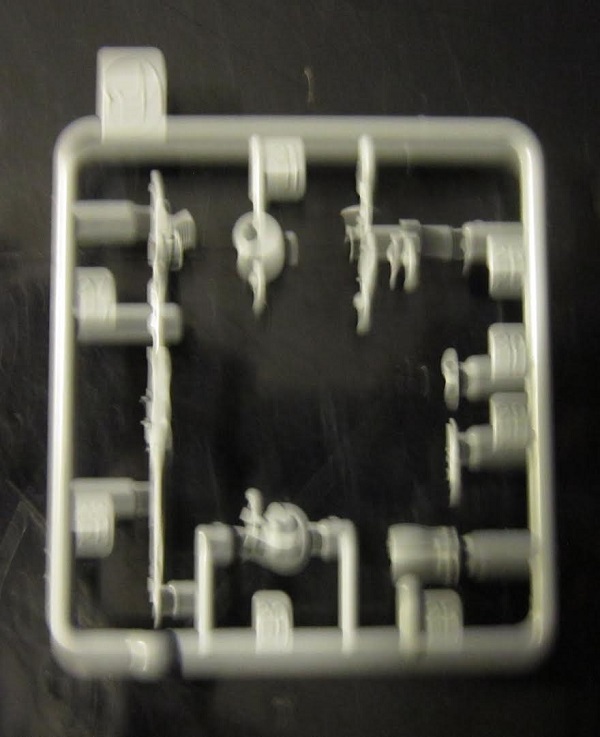 ​The letter MA brass PE fret holds rings that go in the center of the two idler wheel halves. What the other parts are I haven't a clue for now. (29 parts) 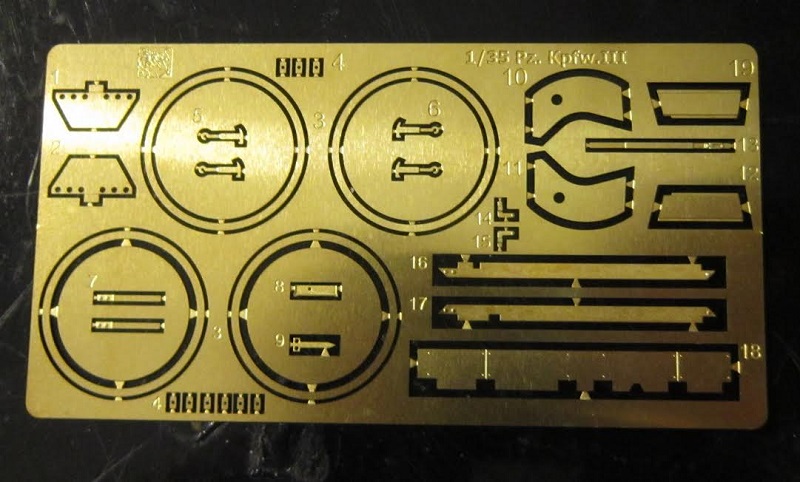 There is no letter Q parts tree. 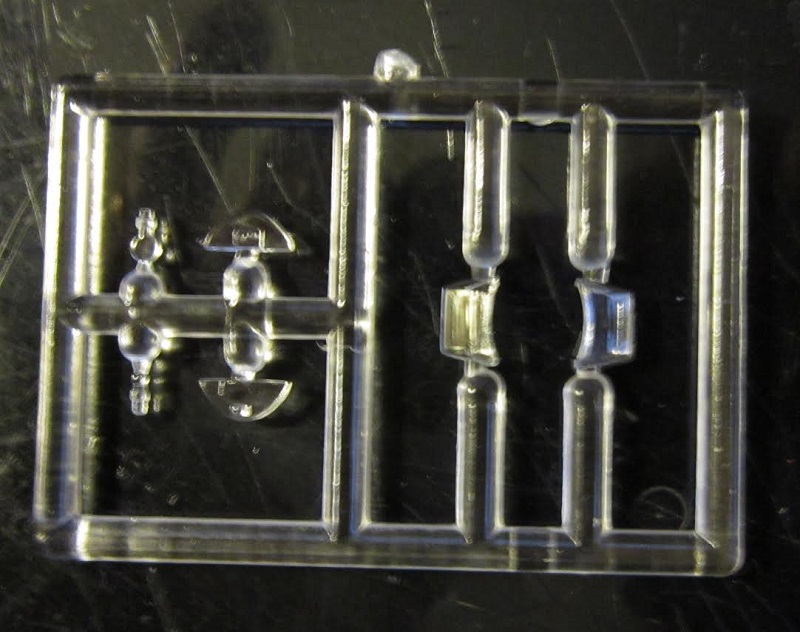 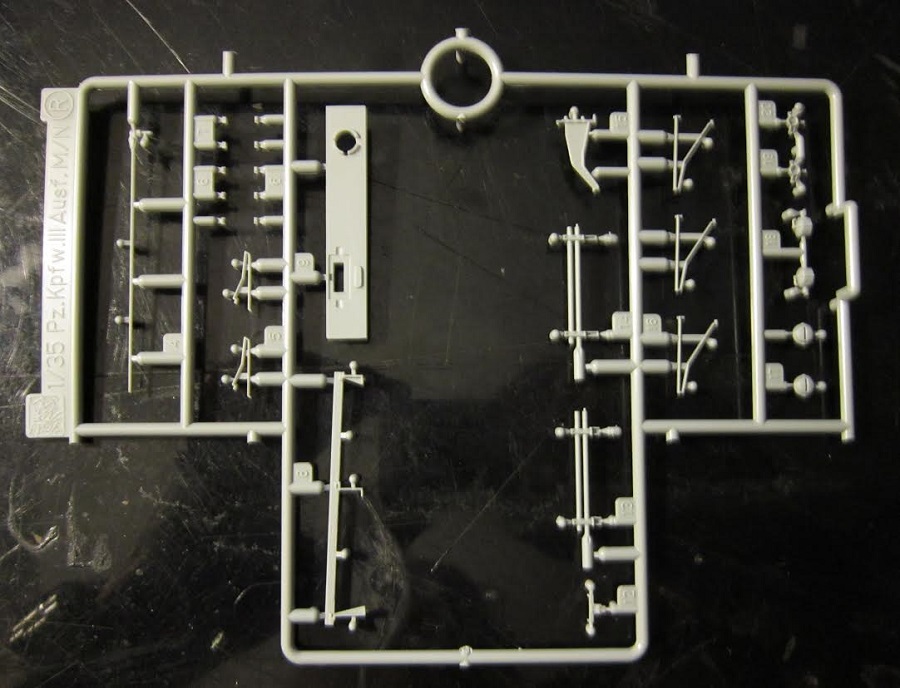 ​Lettering now jumps to the medium-grey letter X part which is the hull tub.

I don't recommend this kit to novice modelers. It has many many parts and is very complex with some really almost microscopic parts. It is definately NOT a weekend project. 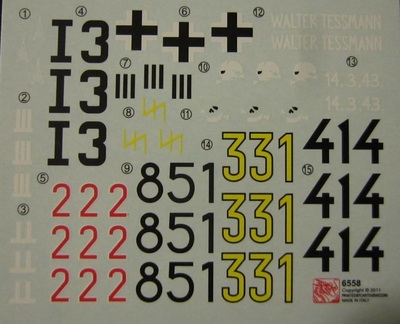 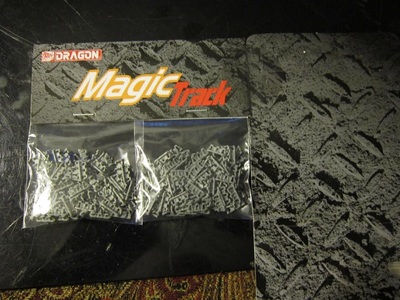 I was given this kit as a gift years ago.