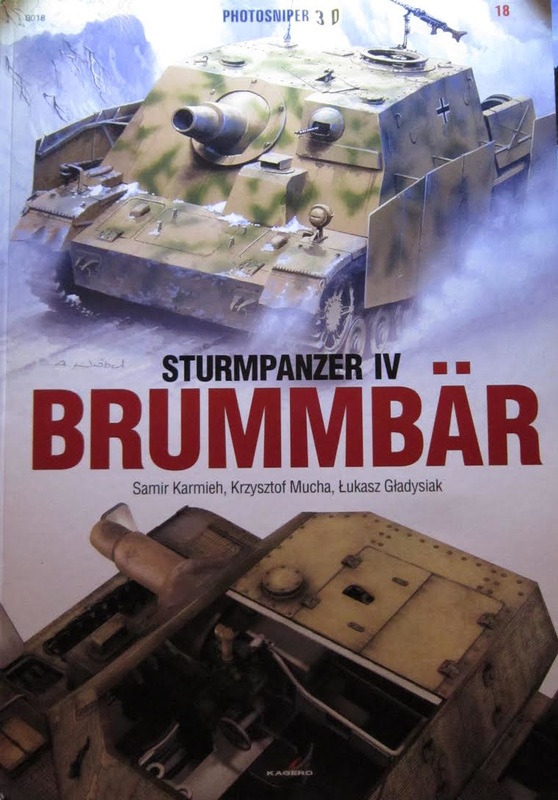 The Sturmpanzer (also known as Sturmpanzer 43 or Sd.Kfz. 166) was a German armoured infantry support gun based on the Panzer IV chassis used in theSecond World War. It was used at the Battles of Kursk, Anzio, Normandy, and helped to put down the Warsaw Uprising. It was known by the nickname Brummbär(German: "Grouch"  by Allied intelligence,  a name which was not used by the Germans. Just over 300 vehicles were built and they were assigned to four independent battalions.

Kagero is a prolific book publisher based in Lublin, Poland.

There are 87 color illustrations in the book. The majority of these are computer generated 3D walk-around type illustrations and some are just color profiles. Neat!

A cardboard pair of glasses with one blue lens and one red lens is included to use to view things in 3D.

The last 3 pages of the book are a virtual catalog of the covers of many other books that Kagero markets.

This book was sent to me in a package with 5 other Kagero books. They were inside 2 padded envelopes, one inside the other. Very well protected.

I want to thank Casemate who sent me these review copies and the folks at Kagero in Poland for these samples.

Casemate is the U.S. distributor for Kagero. Their web address is: