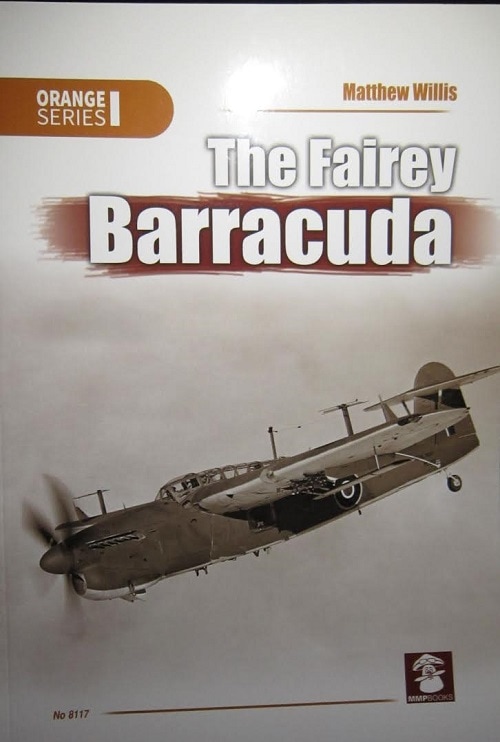 Mushroom Model Publications is based in the UK. They have all their books printed by their associate Stratus in Sandomierz, Poland in the English language. Stratus does their own line of books in the Polish language.
​The Fairey Barracuda was the first monoplane torpedo bomber operated by the Royal Navy's Fleet Air Arm. The Barracuda experienced a difficult birth and development during WWII, and this, added to a number of fatal crashes, led to a poor reputation which the aircraft would never truly shake.

Despite this, the Barracuda proved highly successful in service, carrying out raids against the German Tirpitz, and against Japanese forces in the East Indies that contributed greatly to the war effort. It also undertook a variety of less known roles, and remained in Fleet Air Arm service into the 1950's.

This new book by naval aviation historian Matthew Willis contains and extensive history and technical description of the Barracuda, drawing from a wide range of archive materials and accounts from the men who flew and operated the aircraft in service.

It contains 214 black and white wartime photos. Including one each of the Swordfish, Fairey Albacore, Westland PV7 and three of the Barracuda prototype.

Inserted into the back of the book is a catalog sheet of 17 color box arts of Special Hobby brand 1/72nd scale aircraft kits:

I want to thank Roger Wallsgrove, Editor-in-Chief of MMP and the folks at Casemate Publishing for this review sample.
Highly recommended to aircraft historians and modelers alike.

Casemate is the N. Ameican distributor of MMP books and all the titles can be seen there at:
www.casematepublishing.com