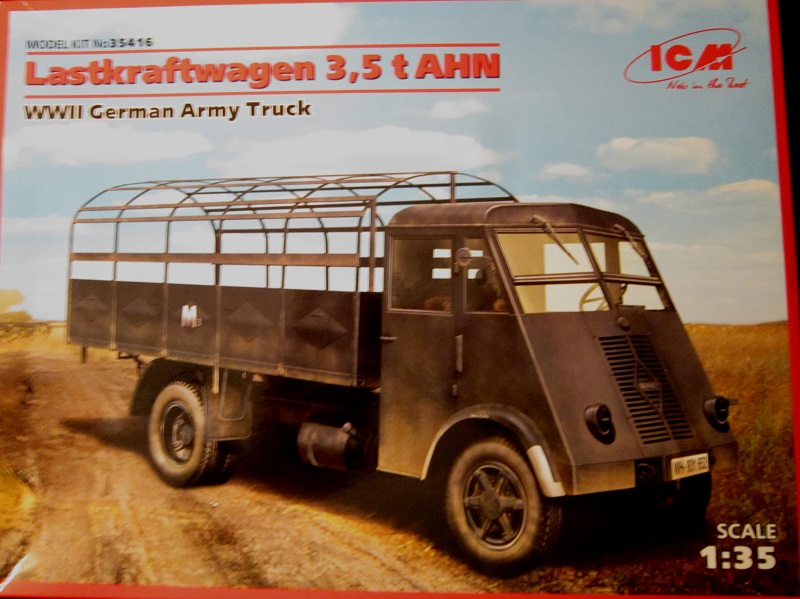 The Renault Company began designing of cab-over AH series trucks for the French Army in 1939. One of them was the AHN truck of 3.5 ton capacity. This truck was equipped with a 6 cylinder engine and had rear drive only. Production was began in March 1941 under the control of the German occupation administration.

AHN trucks were widely used in all German arms of service up to the end of the war everywhere. They were used on the Soviet-German front, in Italy and France. About 4000 AHN trucks were produced in all in 1941 – 1944.


ICM is a model company based in Kiev, Ukraine.

The kit comes in a very sturdy shrink-wrapped tray and lid type box.

The box art shows the truck parked on a dirt road in a grassy plain with what looks to be a knocked out Soviet tank behind it. It is in overall Panzer Grey with a large white letter M followed by a small 3 on the sides of the rear cargo bed. The front fenders are edged in white convoy strips. The license plate number is WH-931 652.

One side panel has a one paragraph history of the truck, followed by the statement “This box contains an unassembled plastic model kit. Length is 181 mm (a hair over 7 inches), height is 80 mm ( hair over 3 inches). It includes 178 parts. Cement and paint needed to finish model as shown are not included. Instruction sheet with drawings and decal sheet included.” Below this is MADE IN UKRAINE BY ICM HOLDING and ICM’s street address in Kiev, their telephone and fax numbers there and their web address.


A white sticker says that the kit is exclusively distributed by MMD Squadron. The kit is designed for modelers over 14 years of age, said in 5 languages including English.

The other side panel repeats the 5 languages about the modelers age, followed by a color 3-view of the box art subject.

WHATS IN THE BOX:

This kit contains a large sealed cello bag that holds 4 tan trees, a clear tree and 2 trees of black vinyl tires. The decal sheet is loose and it and the instructions complete the kit’s contents.

Page 1 of the instructions begins with a black and white repeat of the box art, followed by the history of the truck in Ukrainian and English. The bottom of the page lists 10 Model Master brand paint colors suggested to use to complete the model and international assembly symbol explanations.

Page 2 and 3 are the parts trees illustrations.

Page 4 through page 8 give a whopping total of no less than 76 assembly steps. This has got to be the MOST I have ever encountered in any kit before!

Page 9 and 10 have four painting and marking schemes on them:

1.     A truck in Russia, 1941. In overall Schwarzgrau. It has a white tactical symbol on the left front and rear fenders and the license plate no, WH-692 390. The slit black-out head light lens covers are black.

2.     A truck in the Ukraine, 1942. This is the box art subject, already described above. It’s slit headlight lens covers are black also.

3.     A truck in France, 1944. In overall Panzer Dunklegelb, with a division marking on the right front and rear and cab doors. Black slit head light lens covers and the license no. is WH-1451143.

Unfortunately, ICM does not say what units these were. So, a study of whatever books a modeler might have that show division marks may finally identify these. 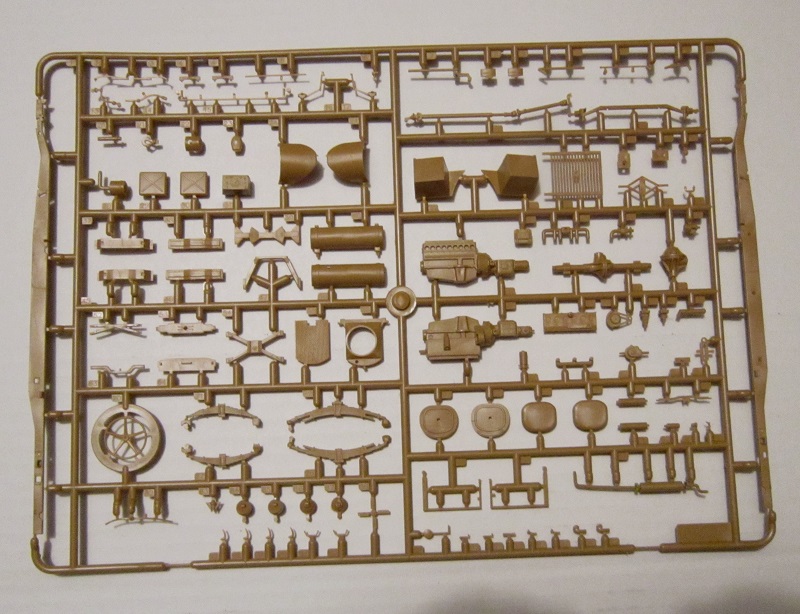 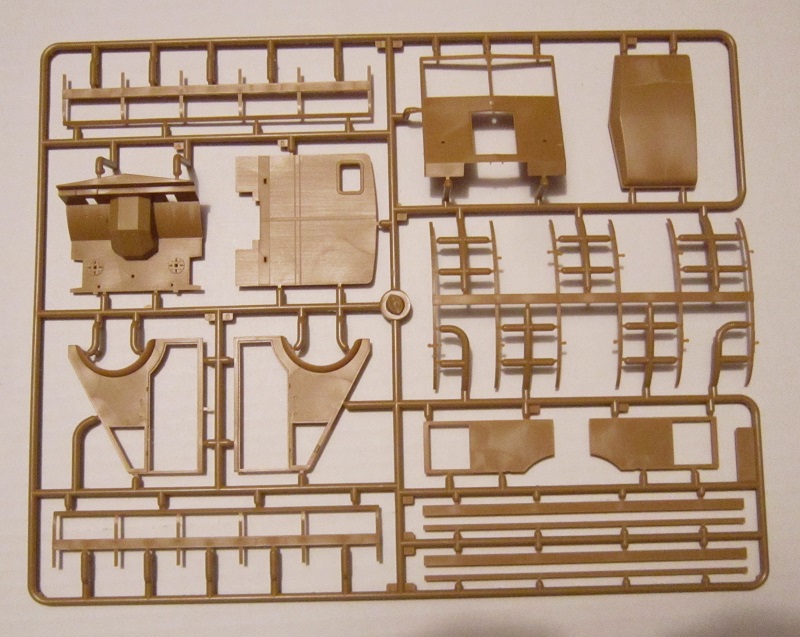 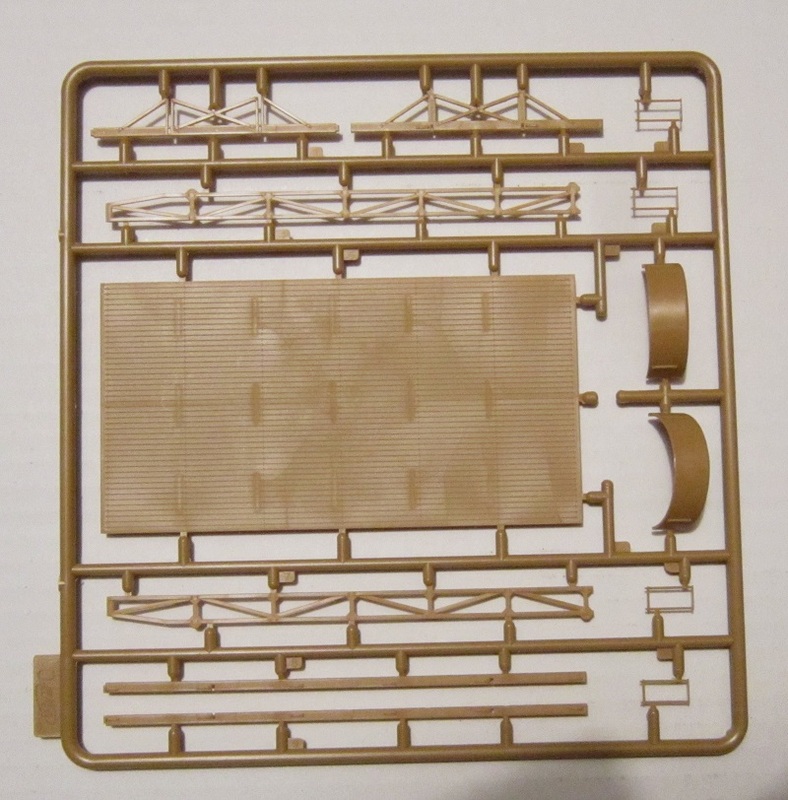 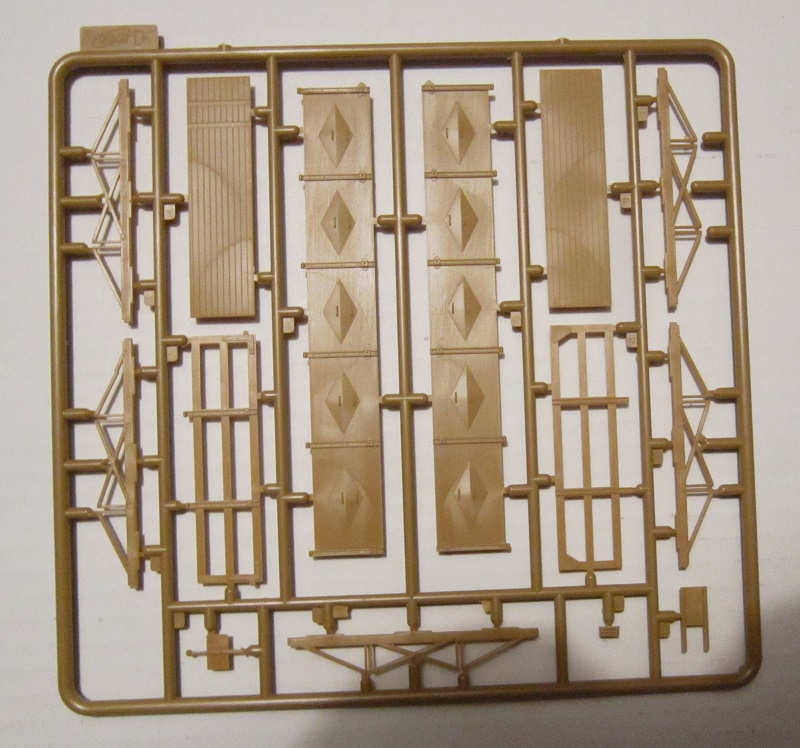 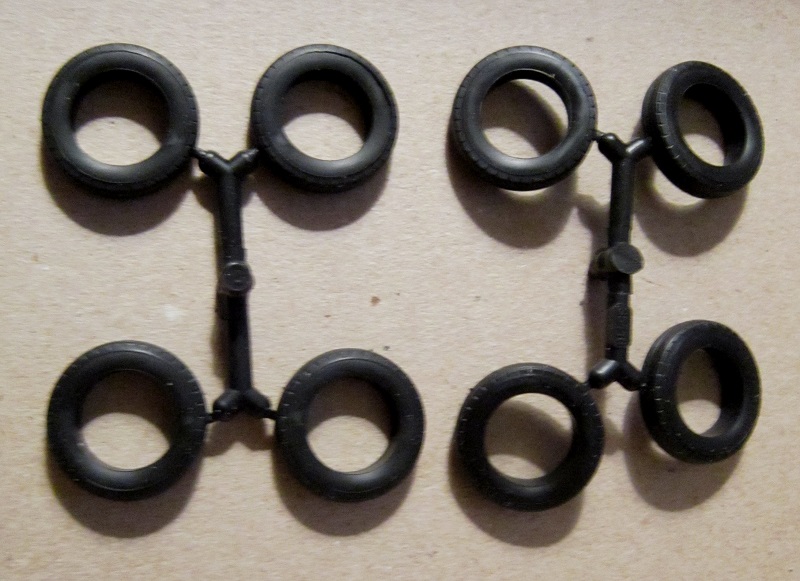 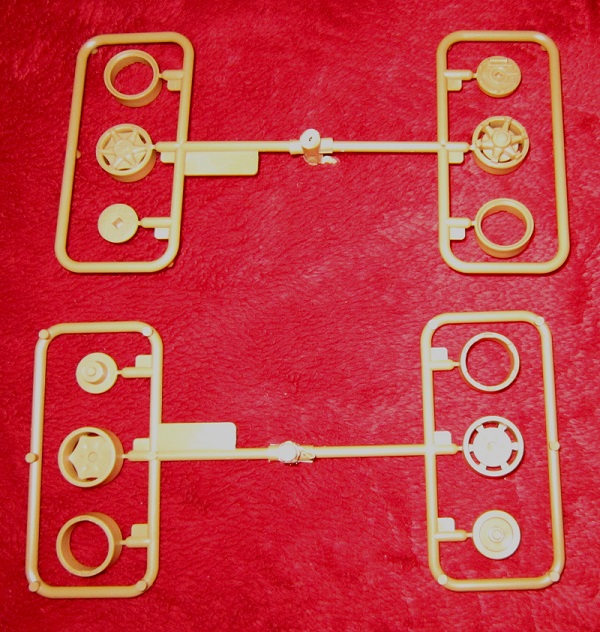 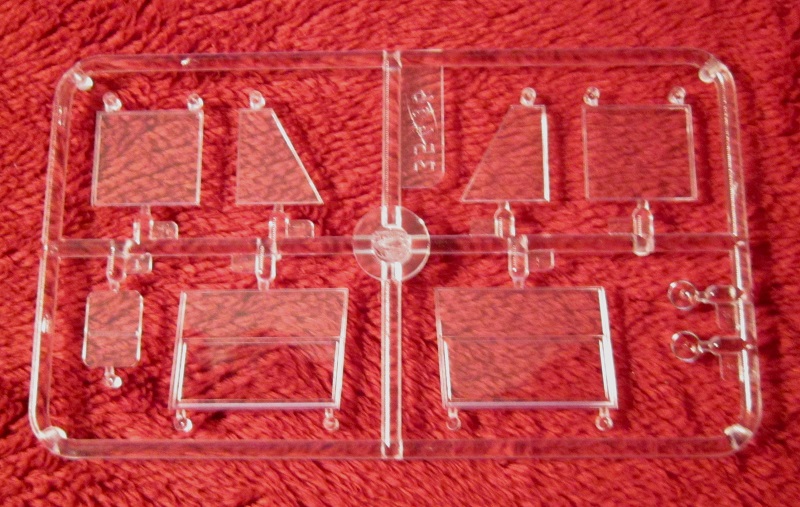 There is no cargo load included for the cargo bed, nor any figures. Given the rather high price of the kit, I think that these should have been included.

The decal sheet and instruction booklet complete the kit’s contents. 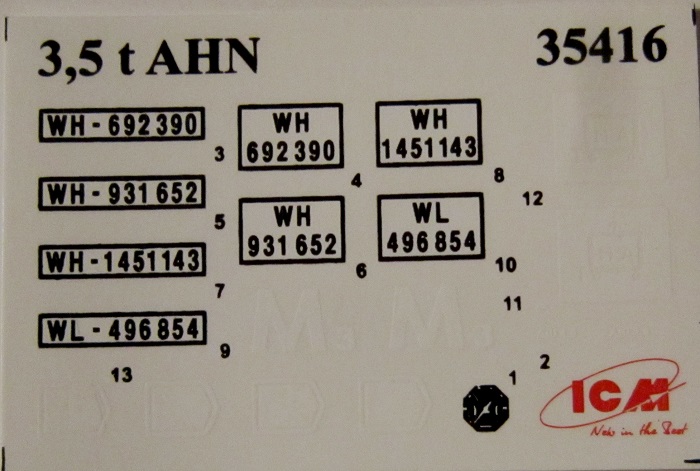 I recommend this kit only to modelers of advanced building skills, because of the complexity of the kit and the parts count.