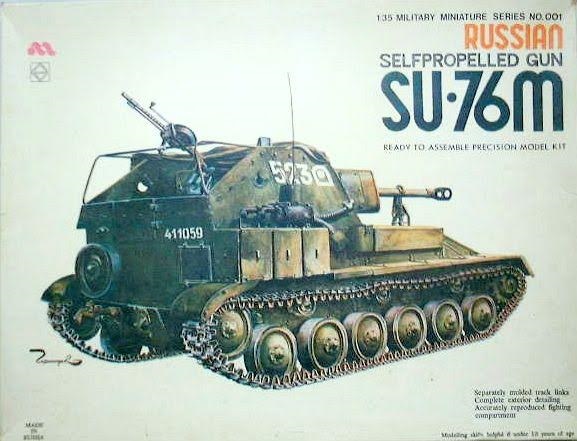 MSRP: OUT OF PRODUCTION. There is one for $26.95 (Maquette brand offering)
​HISTORY:

Before the beginning of WWII, the Red Army had no self-propelled artillery, except for prototype self-propelled guns based on the T-37, T-26 and T-35 tanks that had never been implemented into mass production. The demand for such types of vehicles became really urgent in the fall of 1942, when the change of military concept changed from the defense to the attack doctrine. This required a means to exercise support for the infantry, to suppress the enemy firing positions, rebuff counter-attacks and destroy enemy tanks.

The SU-76 was the one of the first mass-produced self-propelled guns that appeared in the Red Army in the end of 1942. The vehicle design was based on a T-70 light tank, the production of which had been halted at that moment. The SU-76 inherited the chassis with an extra pair of rollers, the engine, reliability of all assembly parts, simplicity of production and maintenance and repair, from the basic model.

The first version of the SU-76 (Su-12) had a completely closed battle compartment, where a 76mm (3.0in) ZIS-3 gun with a length of 41.5 caliber was installed, together with two automobile GAZ-202 engines of 70hp each. These were located symmetrically on the vehicle sides. Later, in field evaluation, 11 vehicles found out that the gun powder gases abundance in the battle compartment was not good for the crew. This and other design drawbacks made it necessary to start model up-dating in the beginning of 1943. The top was taken away from the battle compartment and the engines fixed on a rigid frame at the right side of the carriage.

This model was given the name SU-76M (M meaning “Modern”) and it went into production in the beginning of 1943. The tank chassis that was used was well known to manufacturers and allowed them to supply the Red Army a simple and reliable self-propelled gun, with a minimum of alteration in the production technology. The SU-76M had a good cross-country mobility thanks to it’s relatively light weight. It was practically irreplaceable as a infantry support means in marshes and muddy areas, especially on the heavily mudded  spring and fall roads.

The SU-76M acquired a good reputation in the field with troops, because of it’s simplicity and reliability of it’s design. The battle compartment provided enough room for 3 men, a radio set, a DT machine-gun and an ammo supply of 60 projectiles for the 76mm. At the same time, unfortunately, the armor weakness diminished combat copacity of the vehicle. SU-76’s often had to be engaged into open battles with heavy German tanks, experiencing an honorable but inevitable defeat. The losses of these vehicles was immense in street fighting as well, when a hand grenade coming from a window could destroy the vehicle and it’s crew. The army critics began to call it “The Fraternal Grave”.

SU-76’s were widely used on all the fronts of WWII, where the Red Army fought, and was the most produced battle vehicle besides the T-34 tank. The SU-76M production increased gradually up until the end of the war, totally comprising 12,661 being built.
THE KIT:

Alan was a model company based in St. Petersburg, Russia that went out of business in 2006. At that time another Russian model company by the name of Ark in Moscow acquired most of Alan's molds and re-releases some at times. However, they don't seem to have gotten the Su-76M molds.

​ The box art shows a SU-76M on a chalk white background (reminiscent of Tamiya box arts) in the markings for the Soviet 1219th Self-Propelled Artillery Regiment. This is one of the decal options provided in the kit.

The instructions consist of a large single sheet folded in the center to creae four pages. The paper it is printed on is of poor quality.

Page 1 begins with a photo of the model built up in markings for an unknown Soviet S.P. Regiment in Poland 1944/45. (another option on the decal sheet).

This is followed by the history of the vehicle in English, German and Russian.

Page 2, 3 and the top of page 4 gives us a total of ten assembly steps. At the bottom of step 8 there is an photo of an actual SU-76M tooling down a city street, past a U.S. jeep and loaded down with many infantry passengers.

The bottom of page 4 gives painting and marking instructions and drawings. Marks are included for four schemes: 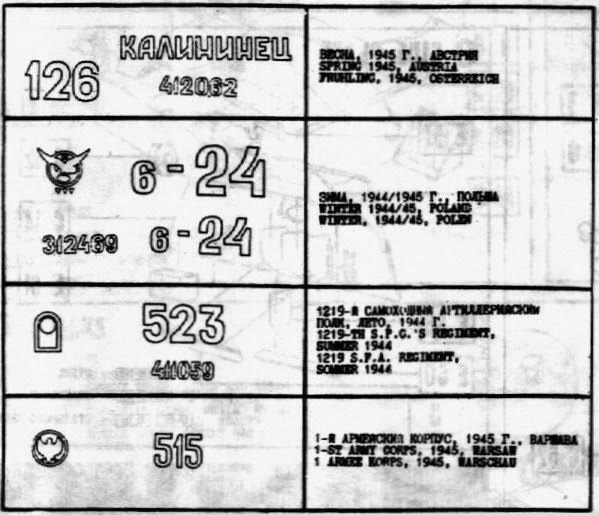 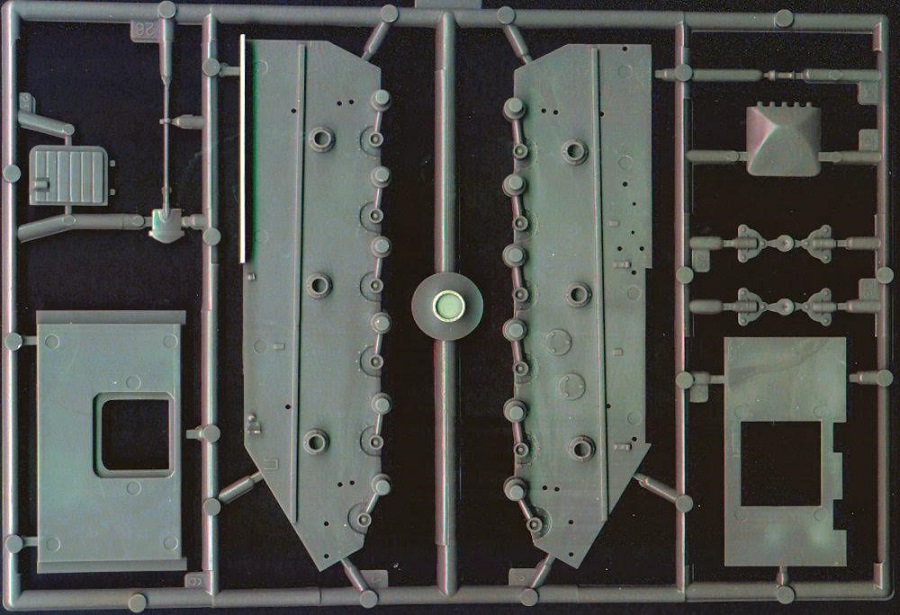 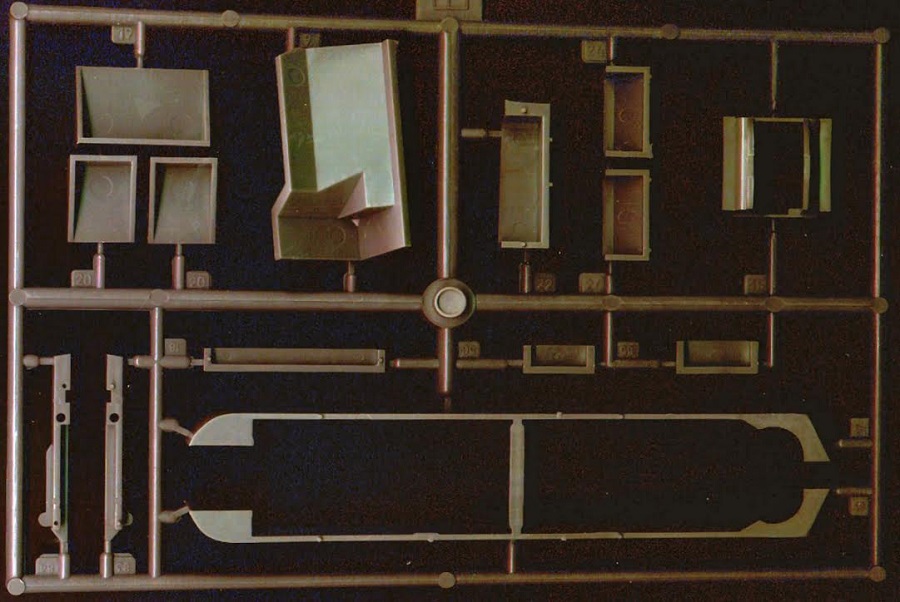 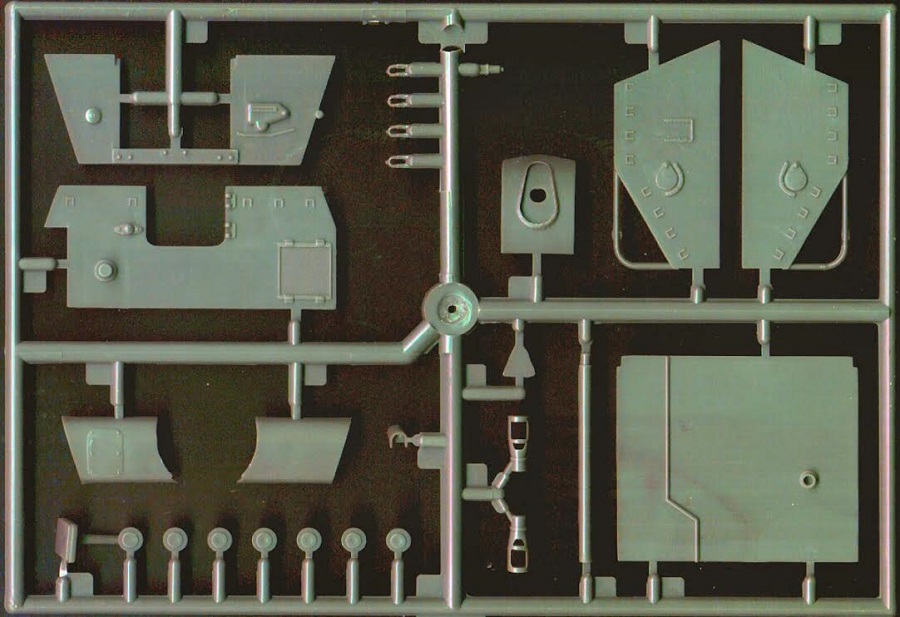 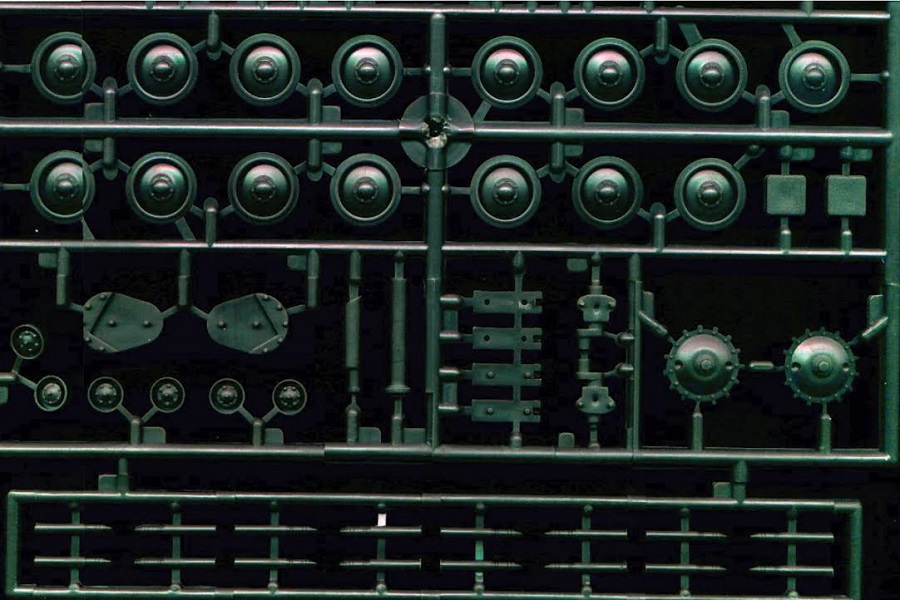 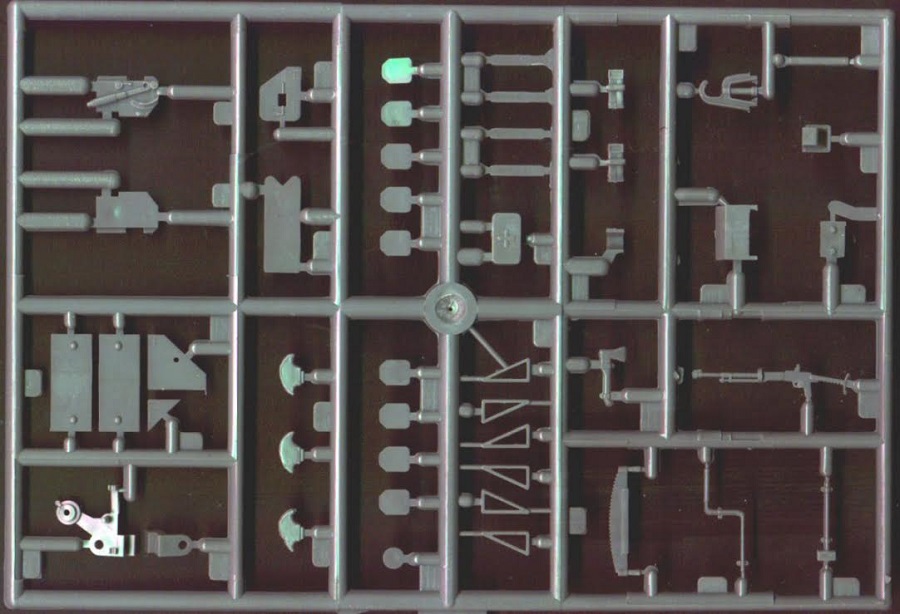 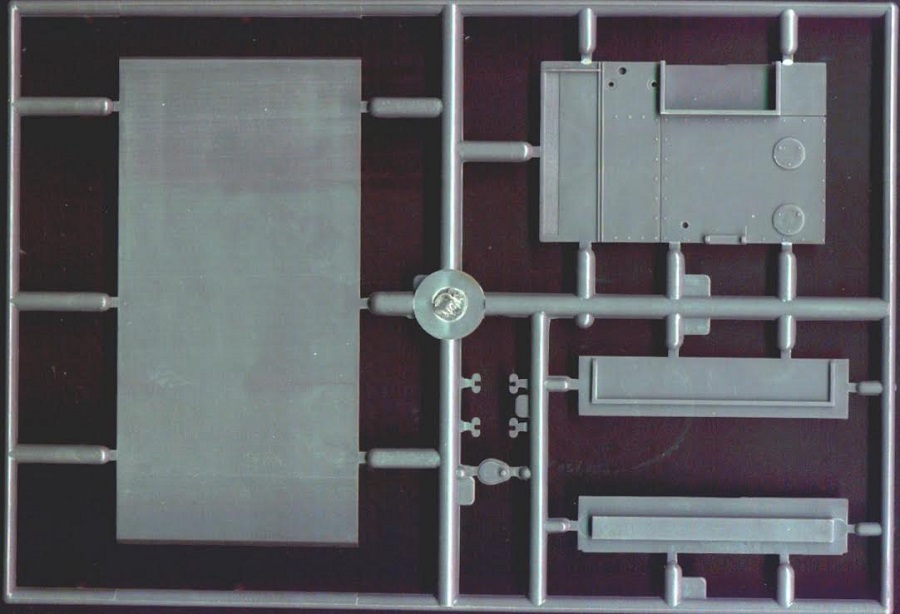 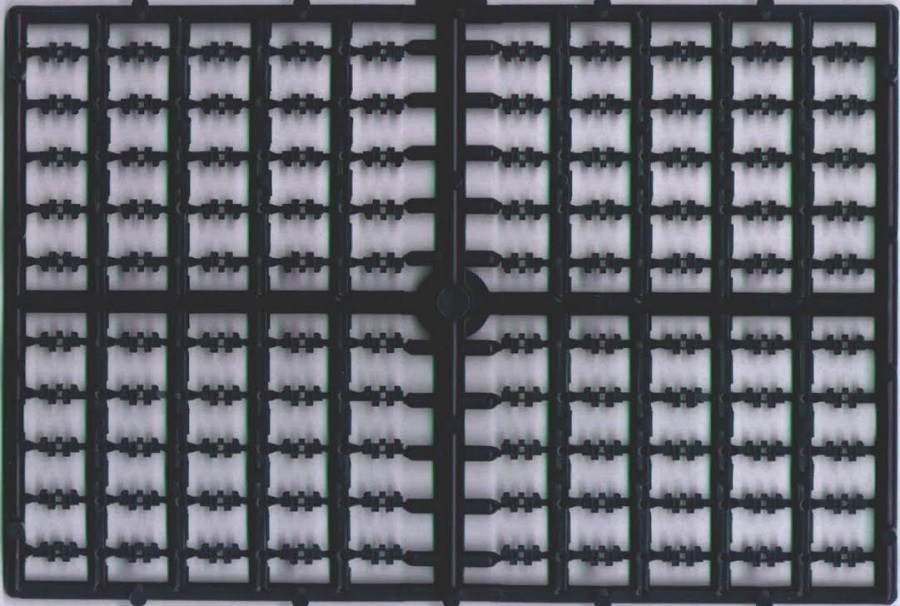 I found that I could not scan the decal sheet and have anything on it appear, because it is all white lettering on a white sheet. So, I copied the black and white illustrations on the instruction sheet showing these marks for this article.

Parts are very well detailed and flash free. No crew figures are supplied in the kit. This is sad, as an open-compartmented tank just about begs for them. Some DML Soviet tank crew figures to the rescue.

I put this model together and was greeted with a big shock when I went to add the treads. First of all 2 different types of liquid cement I tried on them turned them to molten goo.

The ones that I managed to rescue from that would not fit over the return rollers and were too wide. They jammed against the hull walls and would not sit correctly over the road wheels. I don't know how to help this problem.

I thought about cutting the return rollers off and re-positioning them, but...really....those treads need to be replaced.

Perhaps Ark knows about this problem and that's why they don't market this old Alan kit under their label?

I recommend this kit to experienced modelers of WWII Soviet armor subjects. With all the parts in the kit, it definitely will not be a weekend build project. From comments received from others who've built this kit, there are some fit issues that will require some work to get the model together right.

Alan Hobbies, as I previously said,  does not exist any more. However Maquette/VM Models brand has the vehicle as their kit no. MQ3501.

The MSRP I quoted above is the price for their kit, as I couldn’t find out what the Alan kit ever sold for. Heck, I got mine in trade. Thanks Alan Volinski, again - for the swap back then, if you are listening in.