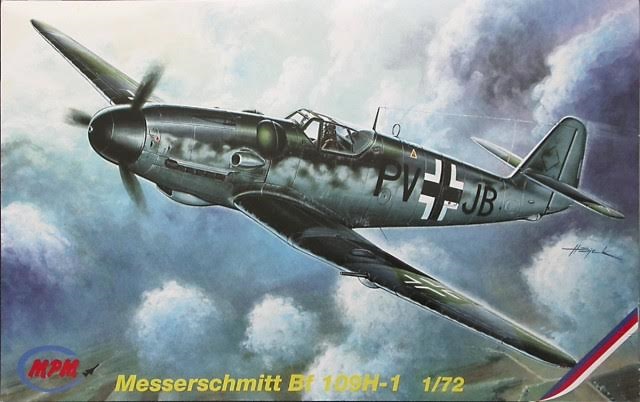 The BF-109H was in reality only part of a program devoted to seeking design solutions for a high-performance fighter, so called "Hochleistungjager". The developing program was initiated in 1943. Several prototypes including BF 109 V 54 and V 55 participated in this program. These prototypes were fitted with DB 605 engines and the wing saw major change due to the increased wingspan.

Both prototypes were destroyed in 1944 by Allied bombing, but a limited number of production machines were produced. These planes were under the designation Bf-109H-1 and saw service at Guyancourt, France. During early spring 1944 reconnaissance flights over England were undertaken at altitudes over 40,000 ft. It is believed that test pilots flying the Bf-109H-1 claimed that they shot down some Avro Lancaster bombers during the air battles over France.

MPM is a model company based in Prague, Czech Republic.

The kit comes in a shrink-wrapped end-opening type box. I am no fan of this type of box, because invariably parts or the decal sheet find their way past the end flaps to become lost. Give me a tray and lid box any day of the week.

The box art shows a Bf-109H-1 flying above clouds. It is in a splinter patter of dark-grey and grey-violet above a light-blue undercarraige. It has a black-grey propeller spinner and a black fuselage code of PV+JB that is also repeated under the wings. This aircraft was V-54, werk no. 17708, Augsburg, 5 November 1943 to 22 January 1944.

One side panel has features of the kit listed in Czech, English and German. This is under color illustratons of the flags of the countries that speak those languages.

The features are: Prefered quality, The kit contains a complete plastic model, decal sheet, a three language instruction sheet, glue and paint are not included, may contain small parts and sharp edges, recommended for modelers 10 and over, have a pleasant time with our models.

The other side panel has MPM's street address in Prague, Czech Republic provided.

This kit contains one light grey tree of parts, 2 vacuformed alternate cockpit canopies, a brass PE fret, a sheet of photo negative parts and the decal sheet in a sealed cello bag. The instructions complete the kits contents
.
The instructions consist of an unbound booket of 8 pages in 6" x 8 1/4" page format.

Page 1 has the history of the aircraft in Czech, English, German and French.

Page 2 has general advice about the kit in the 4 languages.

Page 3 has the parts trees illustrations over a Humbrol brand paint listing.

Page 4 to page 6 give a grand total of 8 assembly steps.

Page 8 has a long list of other aircraft kits the MPM manufactures in 1/72nd and 1/48th scales. This is over their street address, telephone and FAX numbers in Prague, Czech Republic. 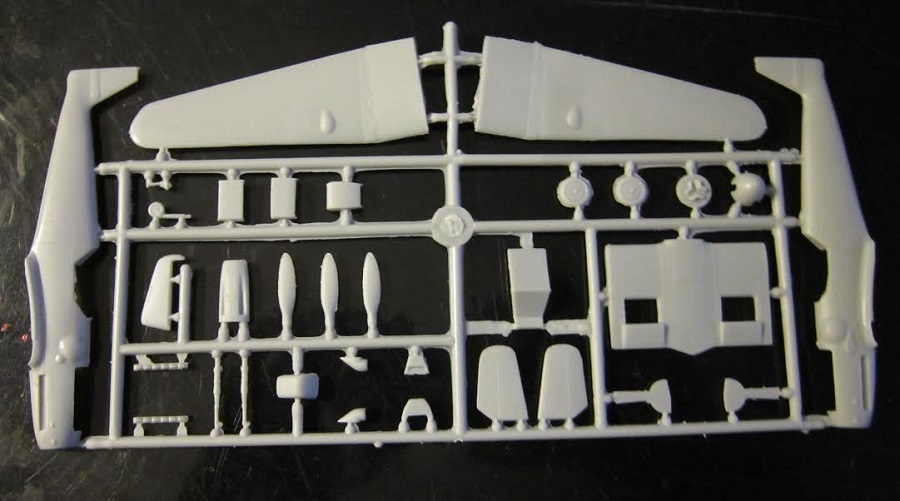 Next is the two clear vacuformed alternate cockpit canopies. 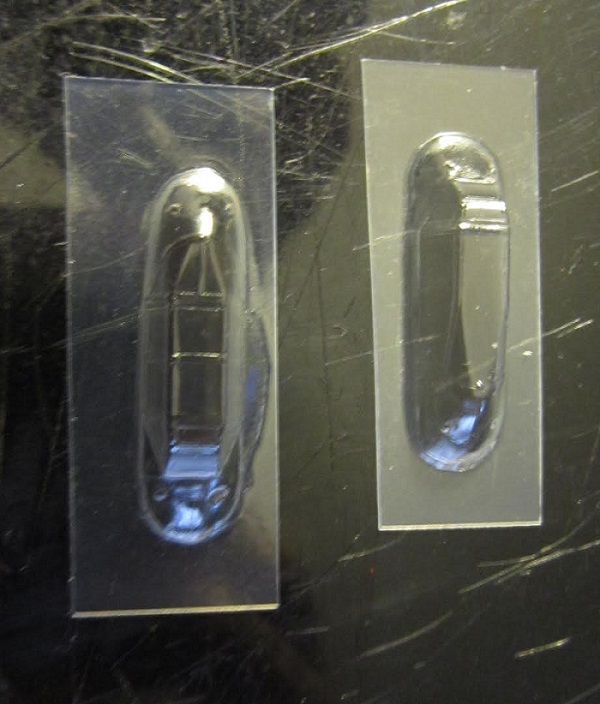 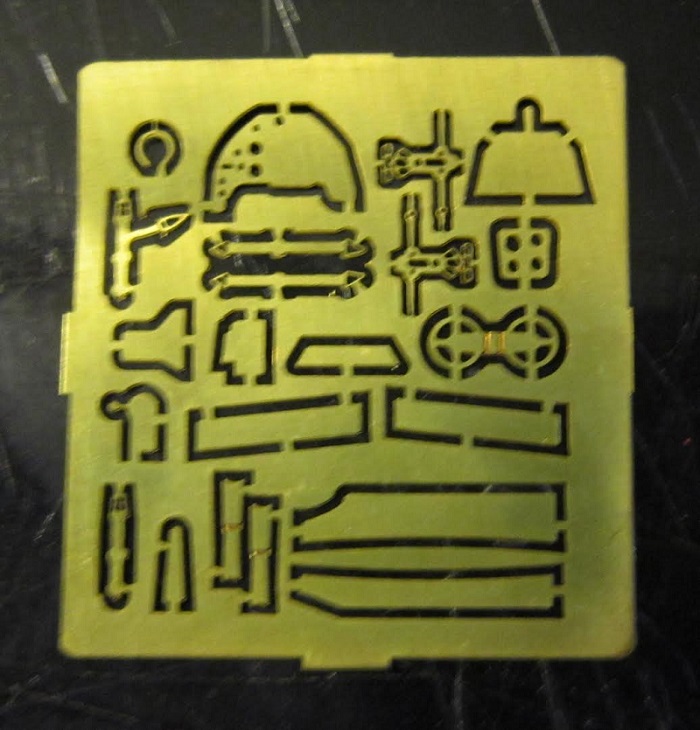 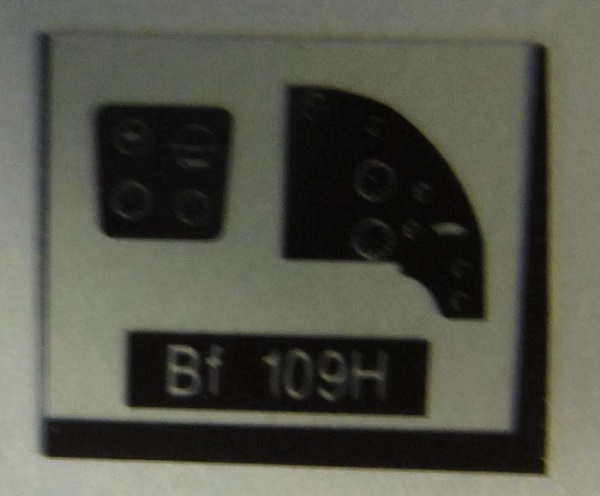 ​The decal sheet holds just the box art scheme. The swastika is printed in halves and has to be assembled into the whole. This is because of the restriction of this mark in Germany where the kit is also marketed to keep the kit politically correct. The swastika is not shown on the rudder of the box art illustration too. 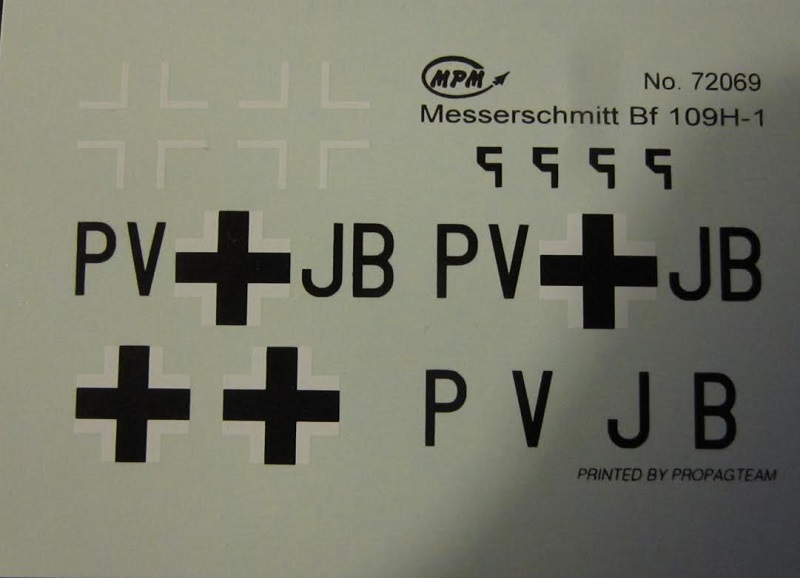 I purchased this kit back in the 90's for $6.00 at my local hobby shop. I recommend it to modelers of average modeling skills.