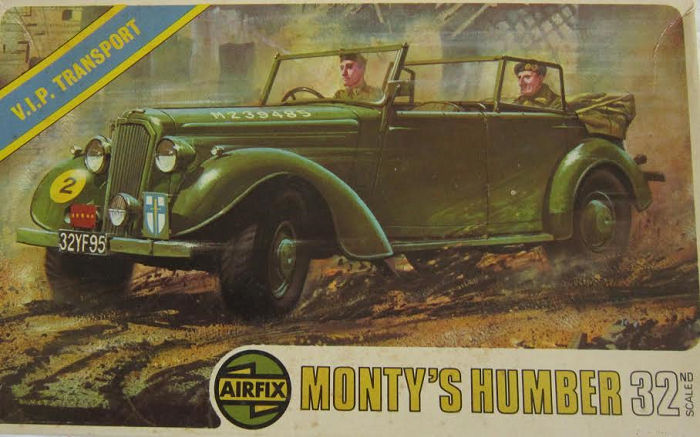 The Humber Snipe was a four-door luxury saloon introduced by British-based Humber Limited for 1930 as a successor to the Humber 20/55 hp (which remained in the catalogue as 20/65) at the same time as the similar but slightly longer Humber Pullman.

The first Humber Snipe was launched in September 1929 under the banner headline "Such Cars As Even Humber Never Built Before". It showed the influence of William Rootes' marketing skills following the appointment of Rootes Limited as Humber's "World Exporters" and also a significant similarity to his Hillmans.
Almost three years later Humber Limited joined what became known as the Rootes Group as part of a necessary restructure of Humber's capital and ownership in July 1932.

Civilian availability ended in 1940 when the factory was largely given over to production of the ’Ironside’ Reconnaissance Car, though Humber saloons based on pre-war designs continued to be built for government use.

Before the end of 1945, Humber had announced its post-war model range. Four cars were listed, which closely resembled the Humbers offered just before the war. At the top of the range was the Humber Pullman.

The other three models shared a body which, while smaller than that of the Pullman, nevertheless sustained the Humber tradition of offering a lot of car for the money. These were the four-cylinder Humber Hawk and the six-cylinder Humber Snipe and Humber Super Snipe.

For customers who remembered the Snipe as a more powerful vehicle, the car could also be specified with the 4086-cc 100-hp engine which had been fitted in the 1930s and which was still the standard power unit in the 1945 Humber Pullman.

Fitted with this engine, the car was branded as the Humber Super Snipe. When the Humber range was upgraded for 1948, the Snipe was withdrawn, leaving only the Hawk and the Super Snipe listed, alongside the larger Pullman. 1240 were made.
​THE KIT:

Airfix was a prolific model company based in London, England. They manufactured many different model subjects in 1/32nd scale and some others.

The box art shows Monty's Humber moving down a wet and muddy road past damaged houses. It is dark-green with a white serial no. M239485 on the sides of the hood, a black license plate on the front bumper with a white 32YF95 on it.

Above this plate is a red plate with 5 yellow stars on it. On the left fender is a yellow circle with a black 2 on it. On a plate fastened onto the top of the right side of the bumper is a white shield with a black cross on it and a yellow sword on the cross.

One side panel shows a color box art of a Centurion tank in Airfix's Series 2 in HO/OO scale and a suggested Airfix brand paint colors and adhesive to use.

​The other side panel has a color box art of a Crusader tank, also in Airfix's Series 2 in HO/OO scale.

​Trees are not alphabetized or illustrated in the instructions and only the small parts on the trees have part number tabs next to them.
​WHAT'S IN THE BOX:

The kit contains 5 dark-green trees, loose dark-green chassis with fenders attached, hood and sides, a clear tree and the decal sheet in a clear sealed cello bag and the instructions and a customer service mail in blank. 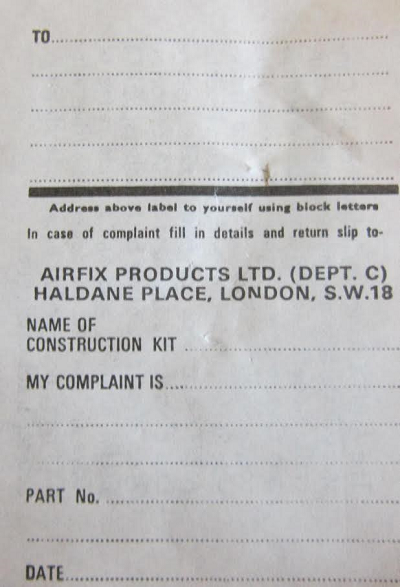 ​The instructions consists of a single-sheet that accordion-folds out into 6 pages in 8 1/4" x 8" page format. Folded again to fit the box.

Page 1 begins with the history of the Humber in English, French and German, over international assembly symbol explanations and general instructions.

Page 2 through 5 give 10 assembly steps.

Page 6 has the box art scheme as a 4-view (already described above). 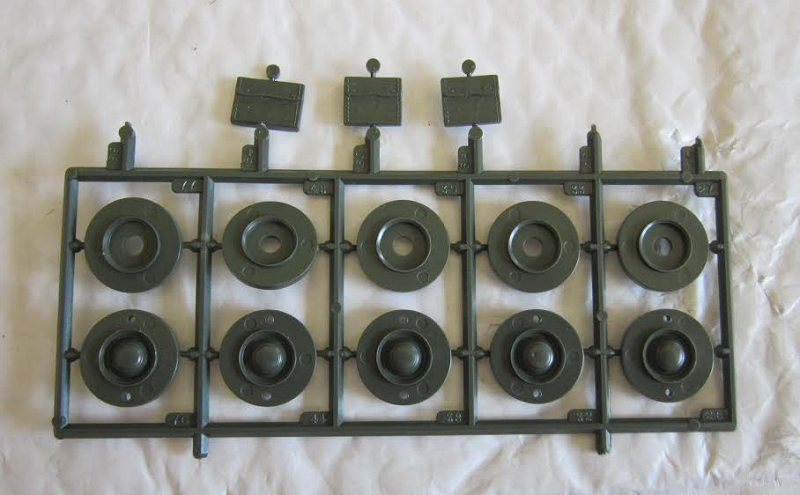 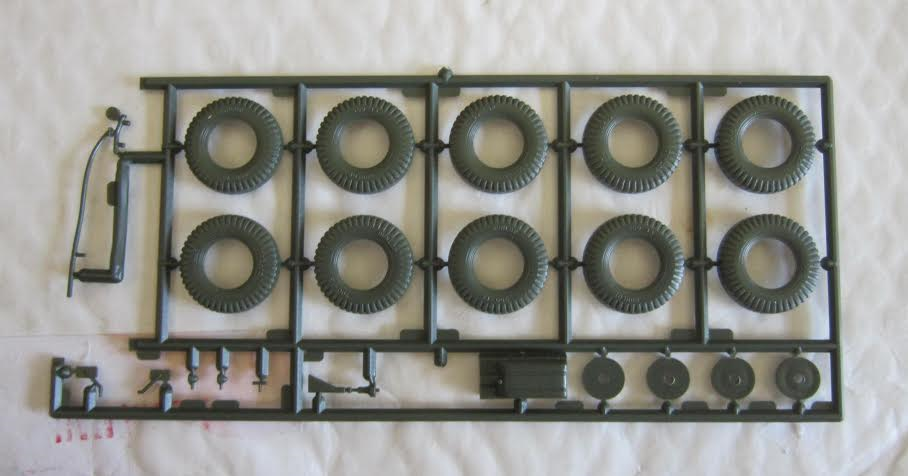 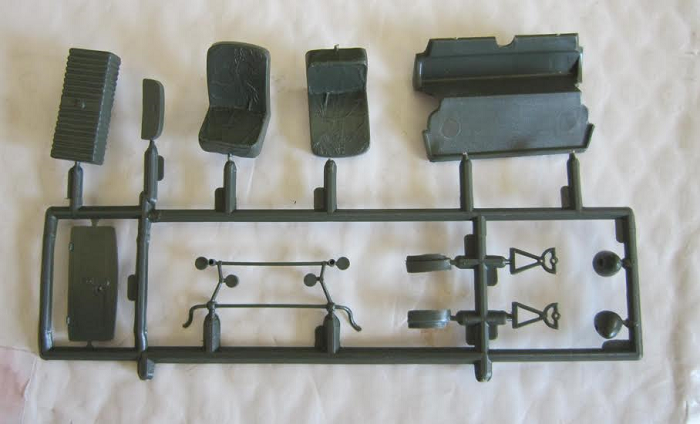 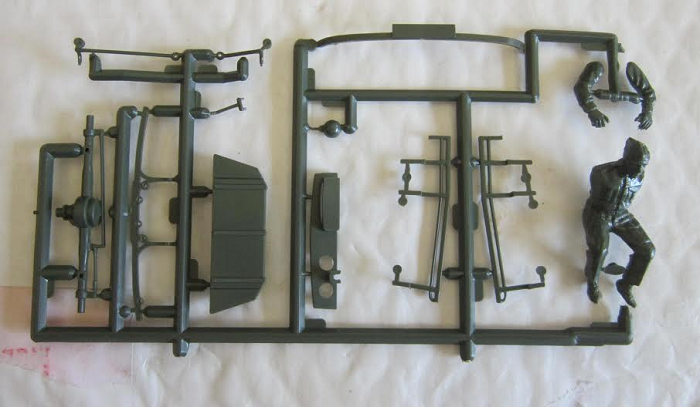 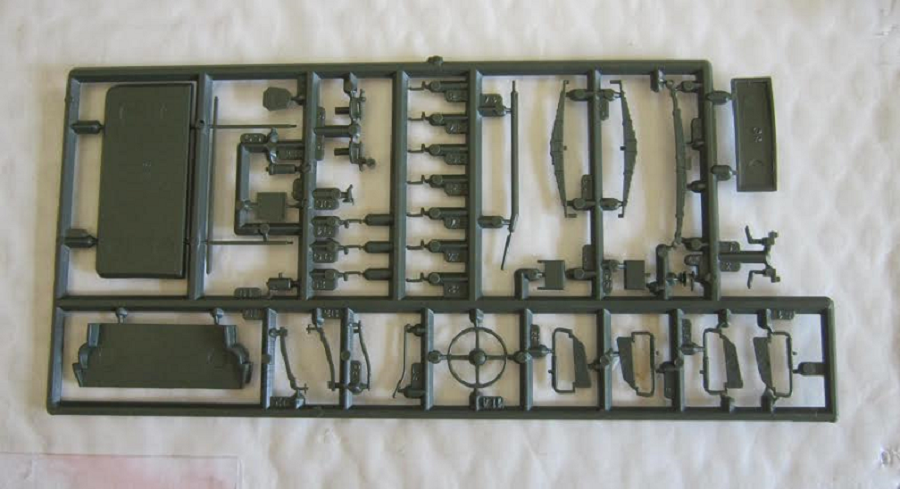 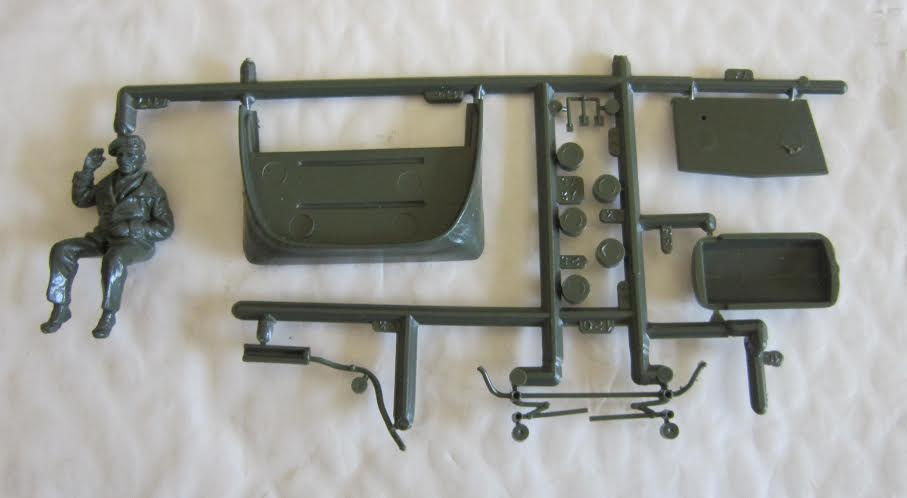 There are three loose parts in the kit and they are the extended canvas roof, the two body panels and the one chassis with fenders. 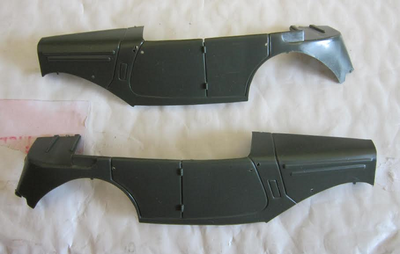 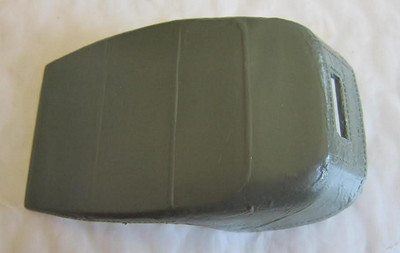 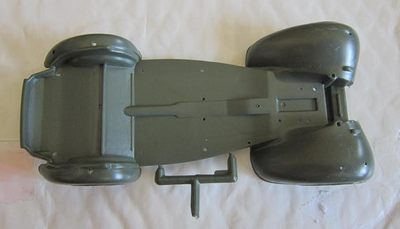 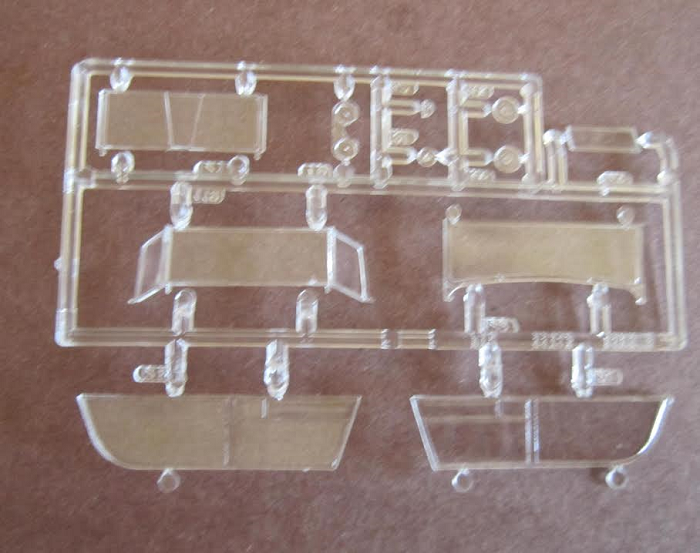 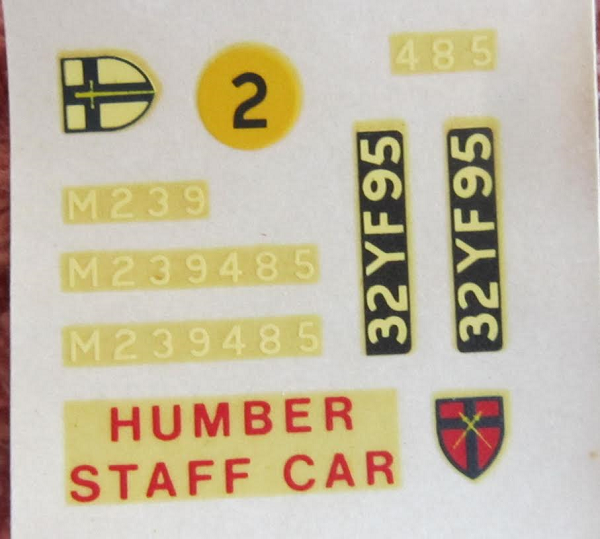 ​I have a black and white portrait photo of Monty and a color photo of a resin figure of him that I'll used for reference when painting him. 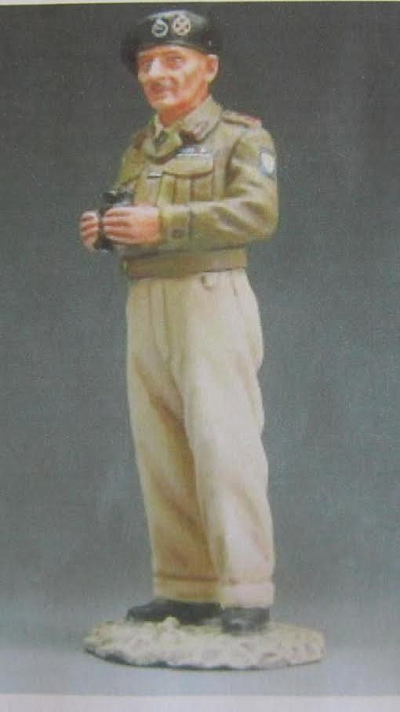 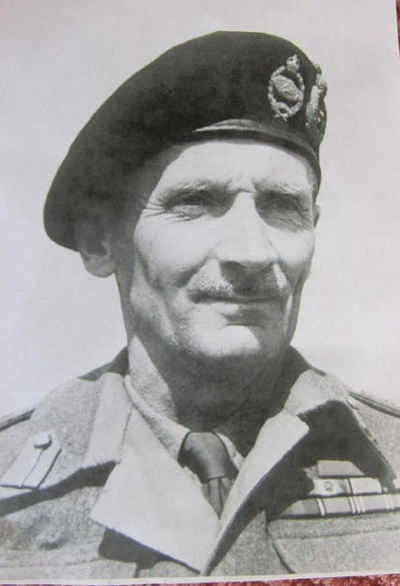 ​This kit has great detail. 1/32nd scale was used a lot in Airfix's earlier kits. It is not that far off from the popular 1/35th scale and does not become dwarfed looking sitting next to a kit in that scale.
​Highly recommended.