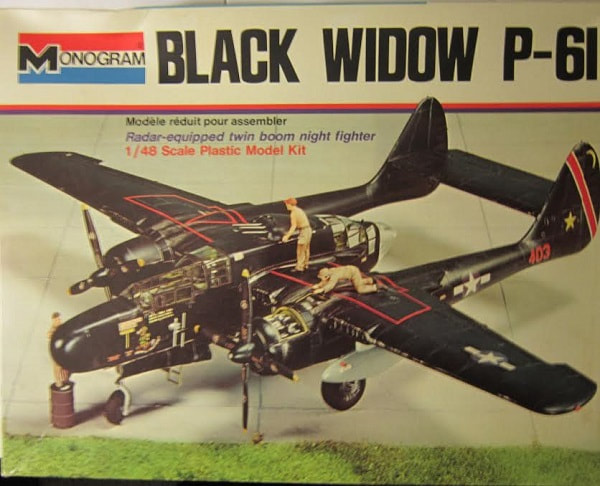 The Northrop P-61 Black Widow, named for the American spider, was the first operational U.S. warplane designed as a night fighter, and the first aircraft designed to use radar. The P-61 had a crew of three: pilot, gunner, and radar operator. It was armed with four 20 mm (.79 in) Hispano M2 forward-firing cannon mounted in the lower fuselage, and four .50 in (12.7 mm) M2 Browning machine guns mounted in a remote-controlled dorsal gun turret.

It was an all-metal, twin-engine, twin-boom design developed during World War II. The first test flight was made on May 26, 1942, with the first production aircraft rolling off the assembly line in October 1943. The last aircraft was retired from government service in 1954.

Although not produced in the large numbers of its contemporaries, the Black Widow was effectively operated as a night-fighter by United States Army Air Forces squadrons in the European Theater, Pacific Theater, China Burma India Theater, and Mediterranean Theater during World War II.

It replaced earlier British-designed night-fighter aircraft that had been updated to incorporate radar when it became available. After the war, the P-61—redesignated the F-61—served in the United States Air Force as a long-range, all-weather, day/night interceptor for Air Defense Command until 1948, and Fifth Air Force until 1950.

On the night of 14 August 1945, a P-61B of the 548th Night Fight Squadron named Lady in the Dark was unofficially credited with the last Allied air victory before VJ Day.The P-61 was also modified to create the F-15 Reporter photo-reconnaissance aircraft for the United States Army Air Forces and subsequently used by the United States Air Force.

Monogram is an old prolific model company based in Morton Grove, IL. They manufacture all manner of model subjects in the popular scales. In later years they have become associated with Revell.

The box art shows the P-51 model made up and sitting on a runway with 3 crewmen working on it. It is overall jet-black. It has the comic book character "Snuffy Smith" over "Times awaisten" and 7 Japanese kill marks on the nose. On the rudder is a red diagonal stripe outlined in white with a white crescent above it and a white star below.

Far back on the fuselage is the red serial no. 403.

One side panel of the box has the history of the P-61, followed by a color photo of the model made up in olive-drab over gray undercarriage. It has a white nose  and black and white invasion strips below the wings and rear end of the fuselage. A gal in a red bathing suit with "Husslin Honey" is on the side of the nose.

​The other side panel has 4 color walk-around photos of the P-51 in this scheme.

This kit contains 6 jet-black trees, a clear tree, decal sheet, assembly instructions and a full-color guide to how to build a diorama by Sheperd Paine.

Trees are not alphabetized or illustrated in the instructions. However, they do have part number tabs next to the parts on them. They are not cello bagged.

This means a lot of searching the trees to get the right parts for each assembly. Bad move Monogram !

The instructios consist of a large 22" x 17" sheet that is folded several times to fit the box, printed on both sides.

It contains 18 assembly steps and the history of the P-61. 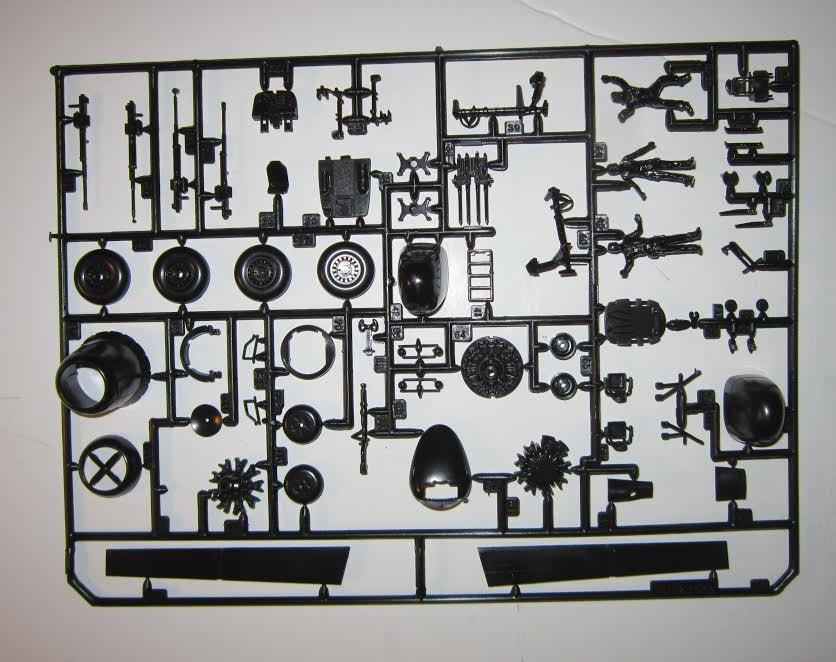 ​The 2nd jet-black tree holds: halves of one fuselage boom and a half of the center fuselage (3 parts) 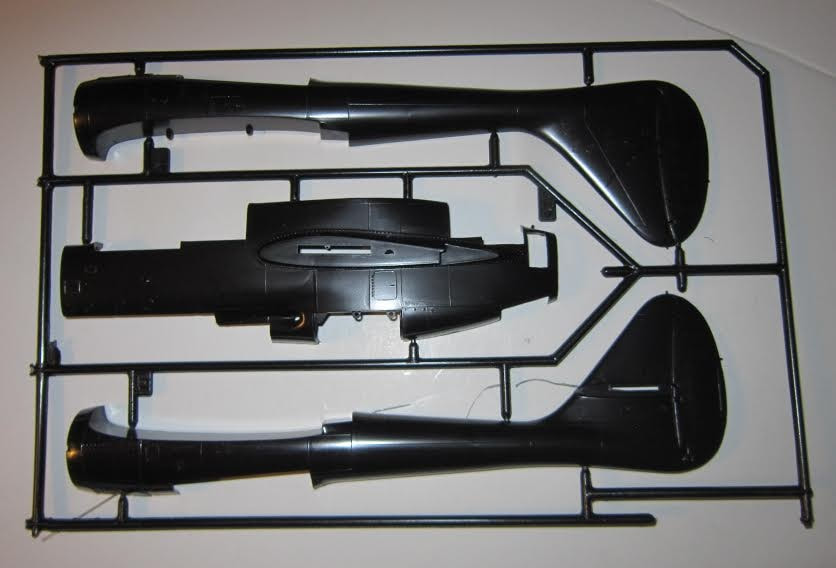 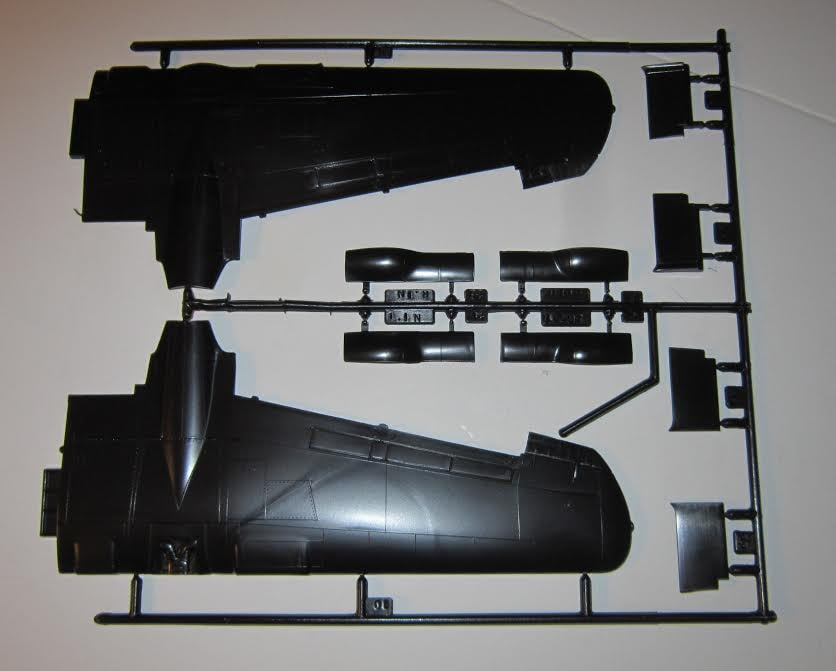 The 4th jet-black tree holds. halves of the other fuselage boom and the other half of the fuselage (3) 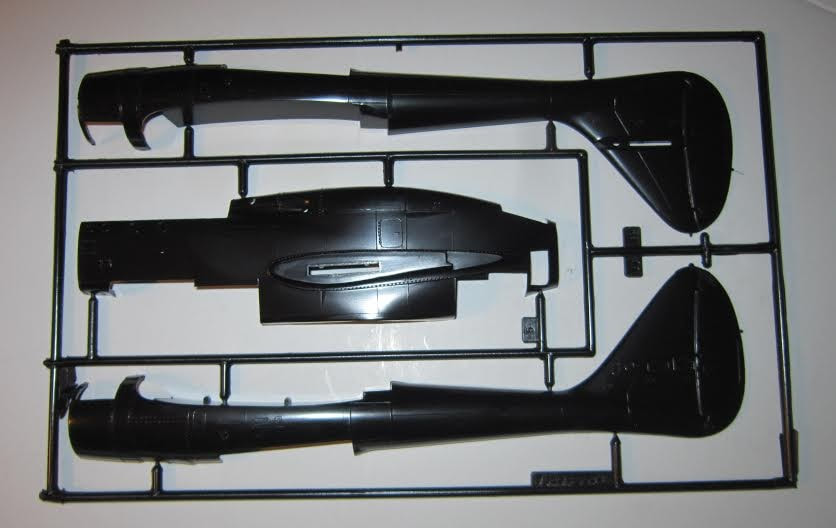 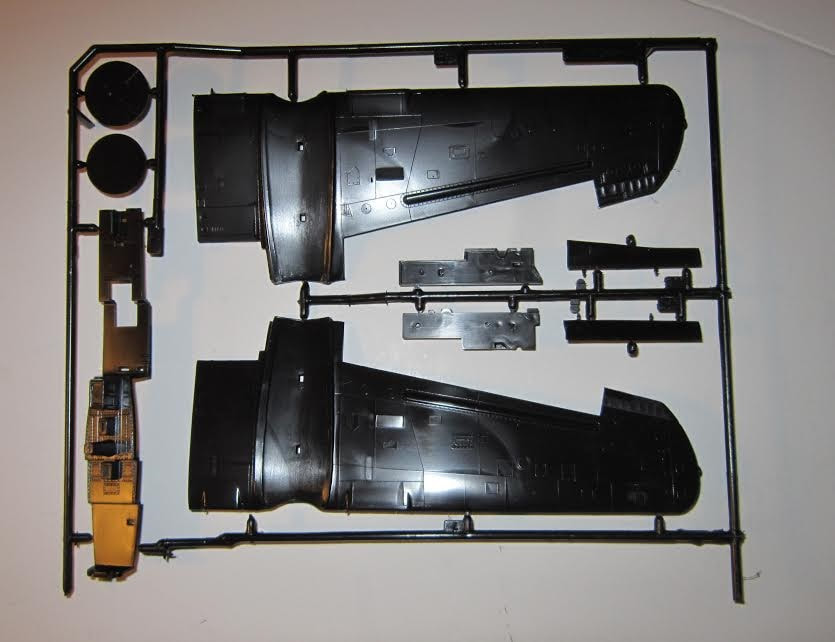 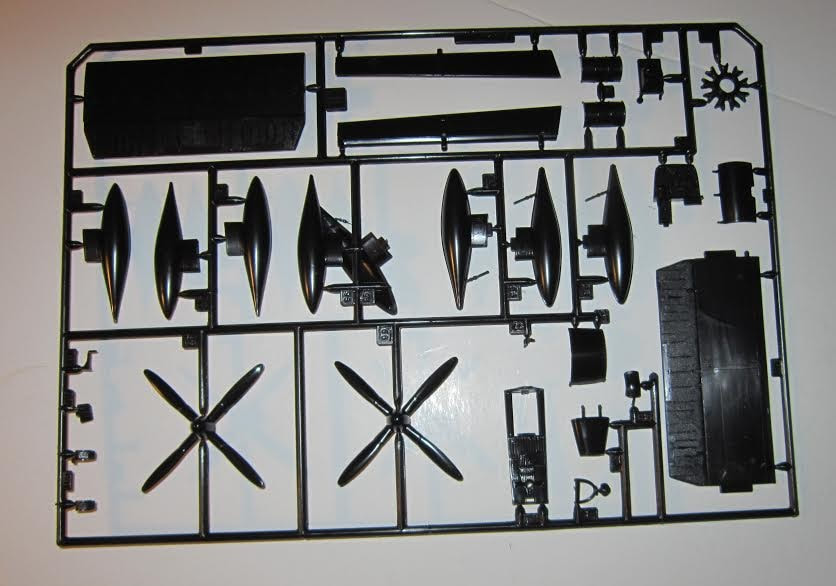 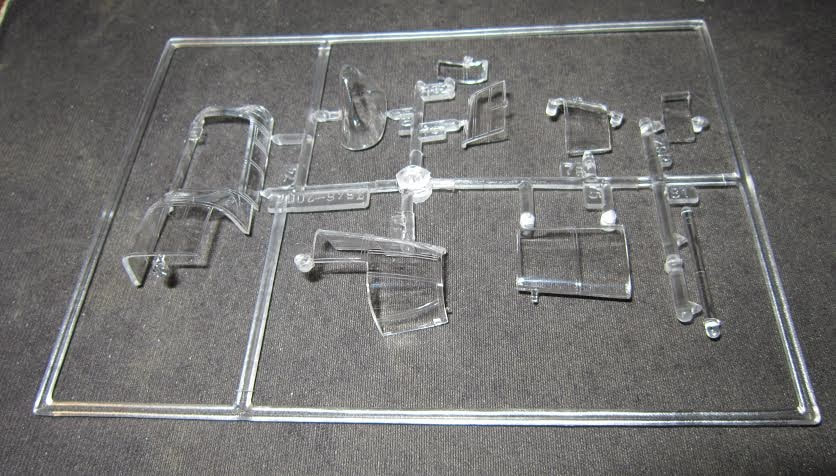 There is a single full color sheet folded in the center to create 4 pages in 8 1/2" x 11" page format. It is printed on slick-coated paper. It is about tips for building diorama by Sheperd Paine, who was the resident diorama builder
of Monogram kits in the 70's.

His diorama in this folder shows a P-61 parked under palm trees with a crew working on it. 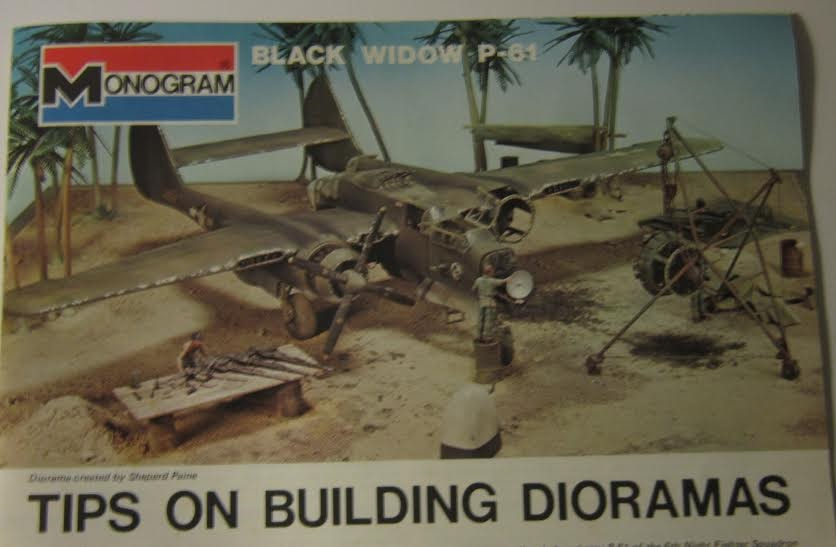 The last item is the decal sheet for 2 versions. 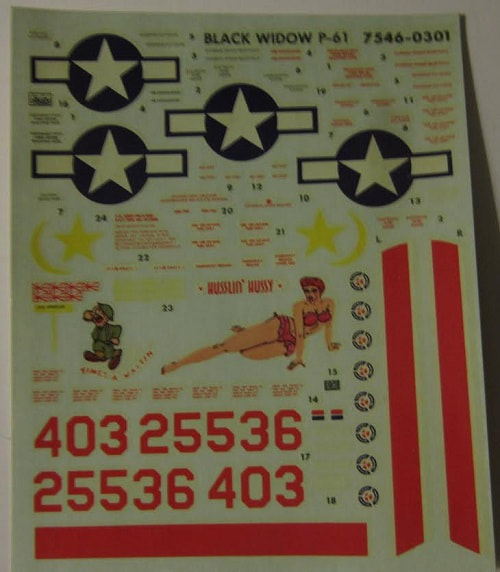 ​A lot of great detail with raised panel lines.