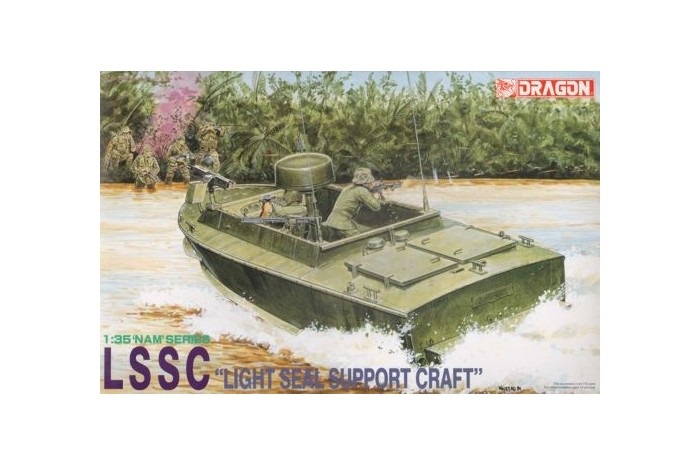 
The PBRs were replaced with boats specifically designed for SEAL operations. These were the Light SEAL Support Craft (LSSC) and Medium SEAL Support Craft (MSSC). Several were dedicated to each SEAL Platoon, and operated and maintained by the Boat Support Unit ONE Mobile Support Teams (MSTs)

The LSSCs and MSSCs were never returned from Vietnam; however, the PBR was returned to Naval Special Warfare inventory Reserve Components and assigned to Special Boat Units 13 and 22. Like those on display at The National Navy SEAL Museum, PBRs and the MSSC and LSSC typically operated in pairs.

Shanghai Dragon was based in China. I have only ever seen just a few kits that came from there and not from Dragon’s Hong Kong facility.

The box art shows a LSSC approaching a river bank to pick up 4 seals emerging from the jungle. The boat is in overall olive drag with a plaque on the stern that has raised letter 24UB6812 on it.

One side panel shows the history of the LSSC in Japanese, English, German, French, Italian and Chines, each marked with a color flag of the country that speaks those languages. This is followed by “CAUTION” about using glue or paint near an open flame.

The other side panel says that paint and glue re not included in the kit. There are 3 full color walk-around type photos of the model made up. The kit is said to be not suitable for children under 3 because of small parts that they may accidentally swallow, in 20 languages including English. The kit is intended for modelers over 10 years of age. Shanghai Dragon’s street address, telephone and fax number are supplied. The copyright date is shown as 1999, but this kit originally hit the market in 1991. The kit was made in China.

This kit contains 5 medium grey trees of parts and the instructions. There are no decals, but there is a sheet of U.S. flags.

The instructions consist of a single sheet that accordion folds out into 6 pages in 8 ½” x 11” page format.

Page 1 of the instructions begins with a black and white repeat of the box art, followed by the history of the LSSC in English, French, Chinese, German, Italian and Japanese.

Page 2 begins with “CAUTIONS” about the kit in the 6 languages, followed by the first 3 assembly steps.

Page 3 to the top of page 4 gives a total of 7 assembly steps.

The bottom of page 4 has a 4-view of the boat in overall olive drab with orange, flouresant green and clear read formation lights, a red pilot’s seat cushion and a black instrument panel.

Page 5 is assembly of the 6 Seal figures and painting instructions for them. They wear camouflaged uniforms in splinter patterns of light green, flat black, wood brown, flat white, mid stone, khaki green and dark green. The bottom of the page has an illustration of how the Seals are positioned in the LSSC.

Page 6 is the parts trees illustrations and decal application instructions in the 6 languages. The later copyright date of 1999 is shown again. A listing of Gunze Sangyo Azueous Hobby Color paints and Mr. Color brands of hobby paints is suggested to use to finish the model.

Medium grey letter B parts tree holds: the rear hull wall, display stand parts, pilot seat, pilot figure, one Seal figure, Machine guns, Steering wheel, engine deck doors etc. (95 parts) Although the engine deck doors include hinges that allow them to be opened and close, there is no engine in the kit and the compartment is a big void.


Medium grey letter B/C parts tree holds: 2 Seal figures and their equipment. (42 parts) 2 of these parts is excess and not needed to complete the model. 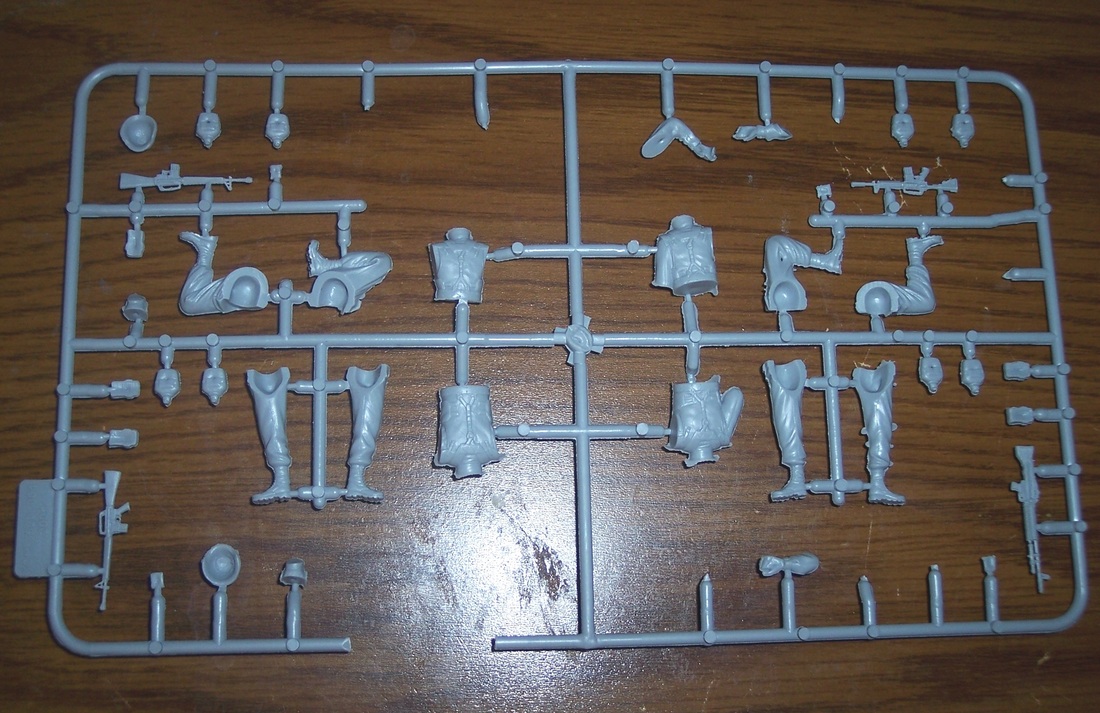 An un-alphabetized tree holds a bunch of weapons etc. (16 parts)

Inclusion of an engine would have been nice in this kit. Perhaps some after-market company will come up with one.

This is a neat kit and an instant diorama if a modeler poses it in water made from perhaps artist’s gel medium. Highly recommended.

I purchased my kit at my local hobby shop afte they discounted the price back in the 90’s. 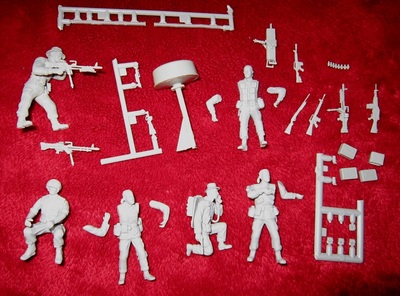 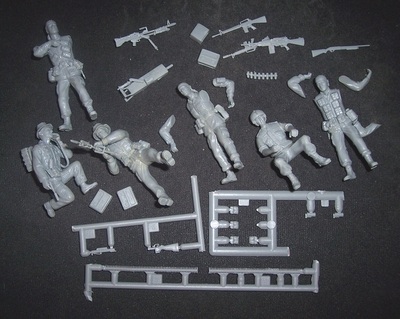 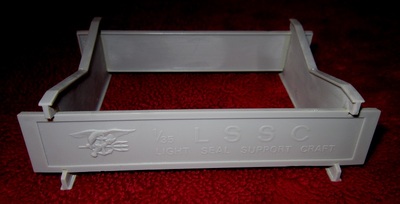 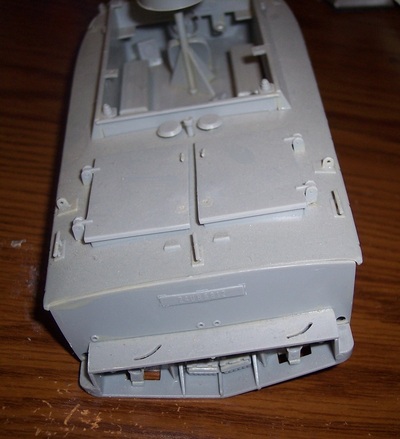