Pola was a Zara-class heavy cruiser of the Italian Regia Marina (Royal Navy). She was built in the Odero-terni-Olando shipyard in Livorno in the early 1930s and entered service in 1932. She was the third of four ships in the class, which also included Zara, Fiume, and Gorizia. Pola and Gorizia. Pola was built as a flagship with a larger conning tower to accommodate an admiral's staff. Like her sisters, she was armed with a battery of eight 203-millimeter (8.0 in) guns and was capable of a top speed of 32 knots (59 km/h; 37 mph).

Pola initially served as the flagship of the 2nd Squadron, and in 1940 she led the squadron during the battles of Calabria and Cape Spartivento, in July and November, respectively. During the latter engagement she briefly battled the British cruiser HMS Berwick. Pola was thereafter reassigned to the 3rd Division, along with her three sister ships. The ship took part in the Battle of Cape Matapan  in March 1941. During the battle, she was disabled by a British airstrike. Later, in a fierce night engagement, Pola was scuttled by her crew and Zara, Fiume, and two destroyers were sunk by the British Mediterranean Fleet with heavy loss of life.

Trumpeter is a model company based in China. They make all manner of model subjects in the popular scales.

This kit comes in  a large and very sturdy shrink-wrapped tray and lid type box,. The box art shows the Pola cruising along at sea. It is white with a red and white barber striped foredeck, tan rear deck and dark gray central deck. It carries a seaplane on the foredeck that also is decorated with red and white barber stripes on it’s wings. I understand these were for air identification.

The name of the kit is called out in English and large Chinese characters. This kit is also sold as a motorized one. Where it says motorized on the box art that word is blanked with a white sticker that has the black word STATIC MODEL. The scale is 1/350th.

One side panel shows color box arts of two other ship models that Trumpeter markets Unfortunately the names of them are in Chinese only, so I don’t know what they are. Bad move Trumpeter.

A one paragraph history of the Pola is next. It is in Chinese  and followed by tech data about the ship in English and Chinese.Trumpeter’s street address in China is provided. The copyright date of 1999 appears here.

The other side panel has 3 more color box arts of kits Trumpeter also does. Again, they are named in Chinese only. These are followed by the history of the Pola in English.

This kit contains 4 grey trees of parts and a jet black tree in 2 sealed cello bags, the loose grey hull bottom part, the decal sheet and instructions. There are some excess parts that obviously are intended to be in the motorized kit. These are screws, an on/off switch and a couple steel rods.

The instructions consist of a single sheet that accordion folds out into 8 pages in 7” x 10 ¼” page format.

There is a card in the lit showing a line drawing of how to add weight underneath the hull for ballast I guess if you intend to float the model. It is all in Chinese.

Page 1 of the instructions begins with a black and white repeat of the box art, followed by a listing of Tamiya brand colors suggested to use to complete the model. Below that is illustrations of hobby tools required to build the kit. The paint colors and tools are all called out in Chinese and English. At the bottom of the page is the parts trees illustrations.

Page 2 through 7 give a grand total of 10 assembly steps.

Page 8 has a 2-view illustration (top and profile) for painting and marking the Pola. The hull below the black water line stripe is to be hull green (Tamiya X-5). Above the black water line stripe the hull sides are light gray. The rear deck is deck tan (Tamiya XF-55). The central deck is dark gray (Tamiya XF-24). The forward deck has barber stripes of white (Tamiya X2) and red (Tamiya X7).The tops of the funnels are black. The turret guns have black blast pads at the rear of the barrels. The turrets and superstructure parts are dark gray. 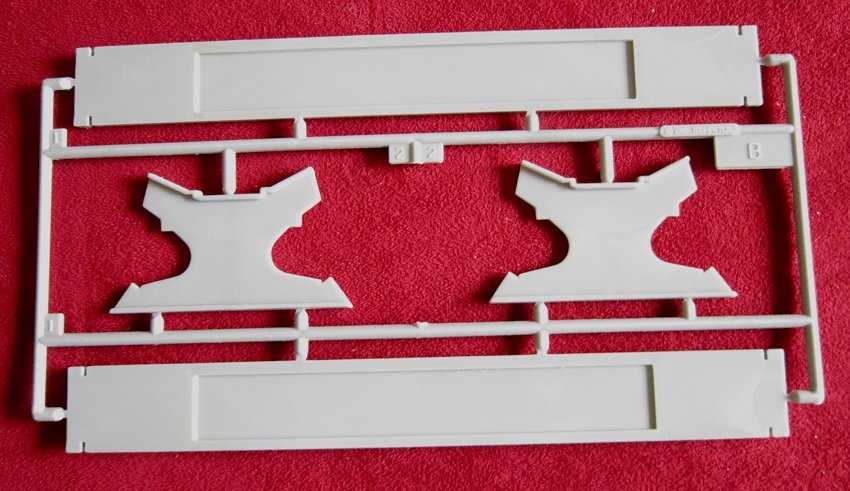 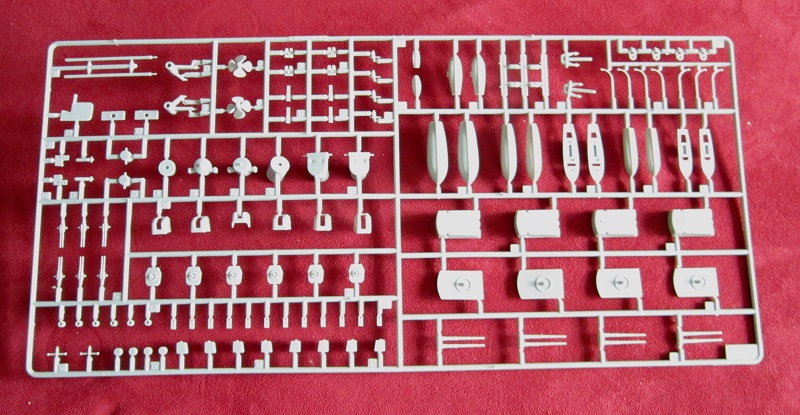 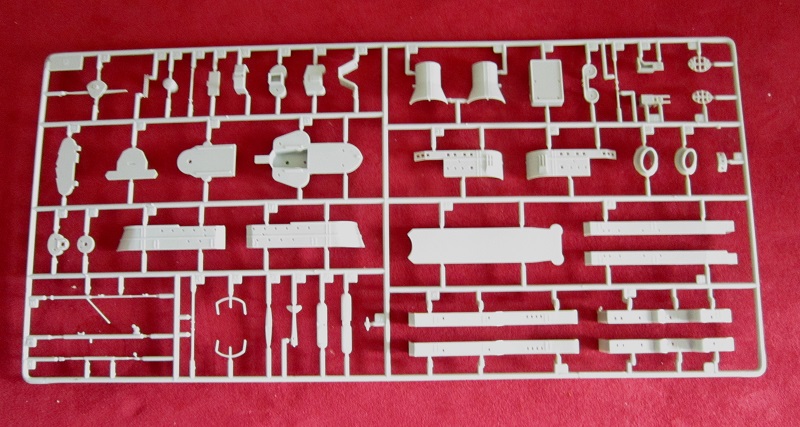 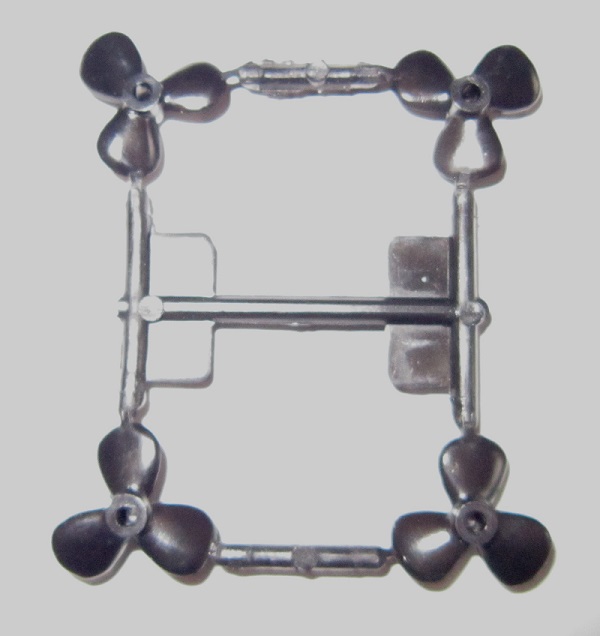 These 5 trees are in 2 sealed cello bags.

The loose gray hull bottom is next. It has a black battery compartment and a grey motor housing attached to the inside of it. It is 20” long. 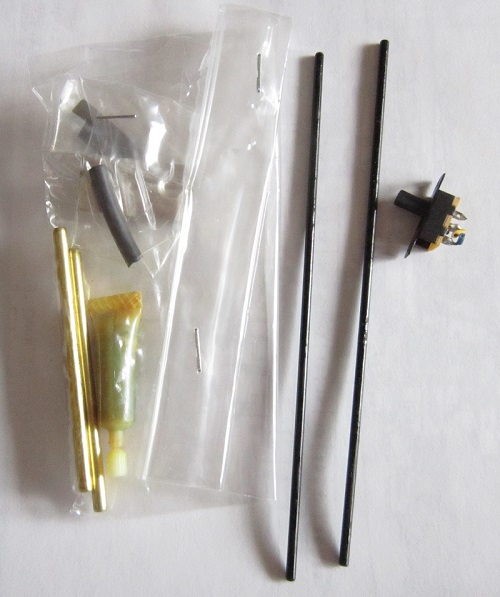 I bought a set of B.E.C.C. brand cloth Italian flags and signal pennants to put on this model.

The kit has many flaws, usually wrong shapes and missing details, that if they are attended to will make this into a nice model. Hey, it’s state of the art for 15 years ago. That’s when I purchased mine at the discount price of $17.00 at my local hobby shop.