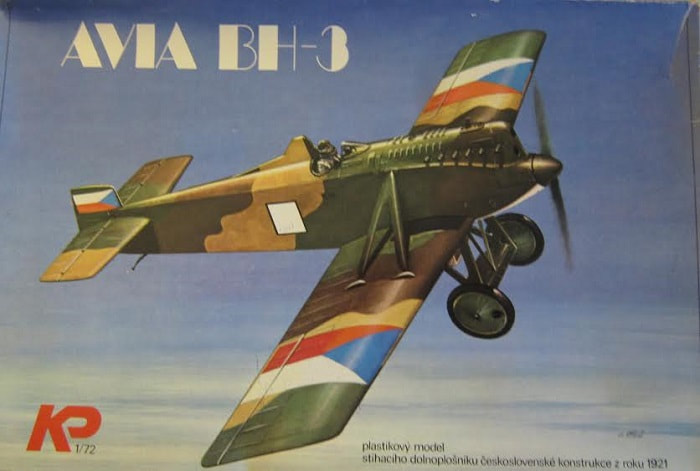 Kit no. 22
By Ray Mehlberger

The Avia BH-3 was a fighter plane built in Czechoslovakia in 1921. Conceptually a descendant of the BH-1 sports plane, it was a braced, low-wing monoplane of conventional configuration and tailskid undercarriage.
Following favourable trials in June 1921, ten examples were ordered by the Czechoslovakian Air Force. These were delivered in 1923 under the military designation B.3. The type proved temperamental in service and was soon relegated to training duties, where it served until 1927.

This kit came in a flimsy and blousy end opening type box. It has a large letter "L" void around the parts.

It is not shrink-wrapped, but held shut with tape.

I am also no fan of this type of box, because invariably parts or the decal sheet find their way past one of the end flaps to become lost forever. Give me a tray and lid type box any day of the week.

The box art shows a BH-3 flying above the clouds. It is in a wave pattern of tan, dark-green and red-brown above a light-blue undercarraige. It has the Czech Air Force tri-color insignia above and below the wings and on the rudder sides. It has a white square outlined in black on the fuselage sides.

The bottom of the box has two 4-views of schemes for the BH-3.

2. A BH-3 that is overall tan with a base-metal cowling top and propeller spinner. It has the fuselage number Av-B-3.01 (the aircraft shown in a black and white photo). Before the Av number, there is a large black number 17. The aircraft has a lighter tan rudder flap and Czech Air Force tri-colors above and below the wings and on the rudder sides. 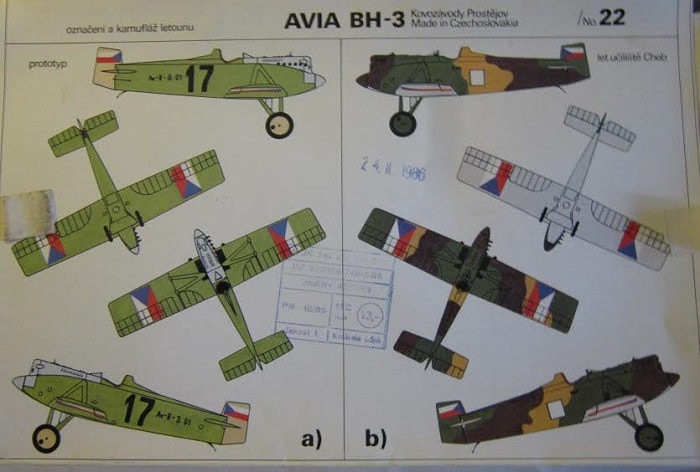 This kit contains a single chalk-white tree, a clear tree, the decal sheet and instructions in a stapled-shut cello bag.

The face side of the instructions begins with a black and white photo of a real BH-3 on a grassy runway with the pilot and ground crew around it. It has the Czech Air Force insignia on the rudder, wings and fuselage number Av-B.01. This is above the history of the aircraft in Czech, English and German.

The reverse side of the sheet begins with READ BEFORE YOU START instructions the 3 languages, over 3 exploded line drawings for assembly purposes. Below that is the parts trees illustrations and a list of 25 other aircraft kits that KP manufactures. 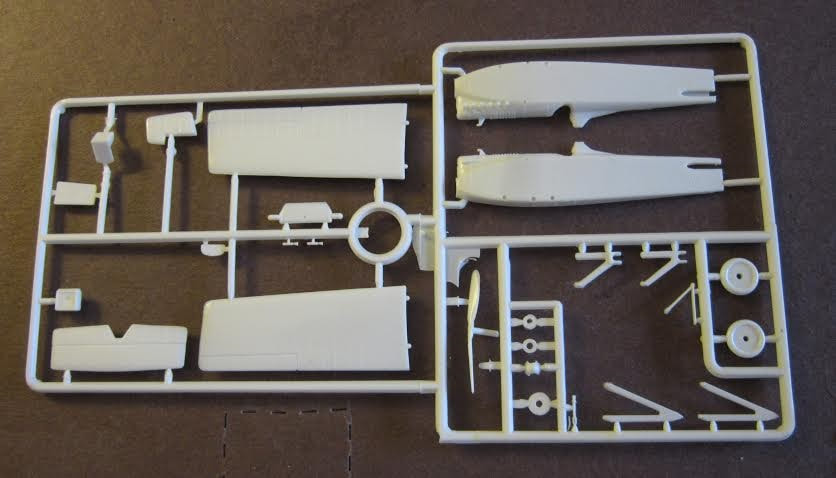 ​The clear part is the windscreen (1 part) 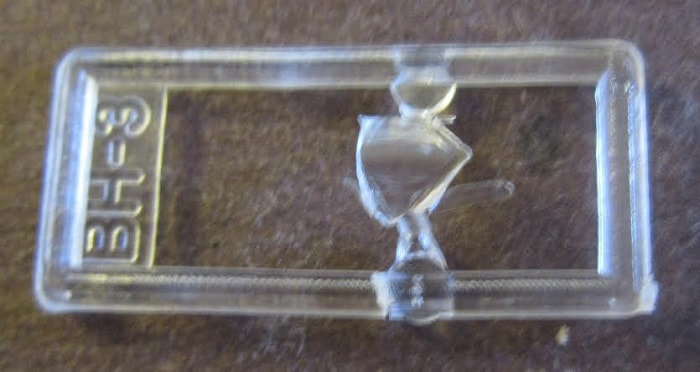 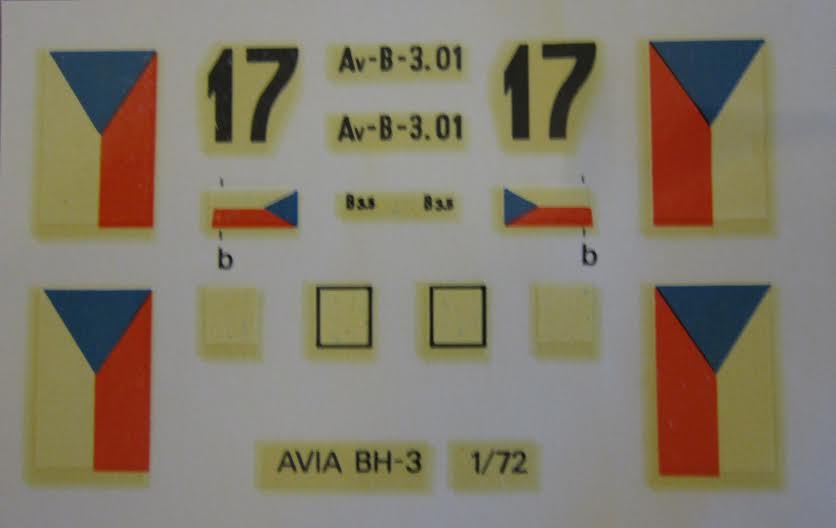 Nice detail. Recommended.
I got this kit in trade with a guy in Krakow, Poland years ago.