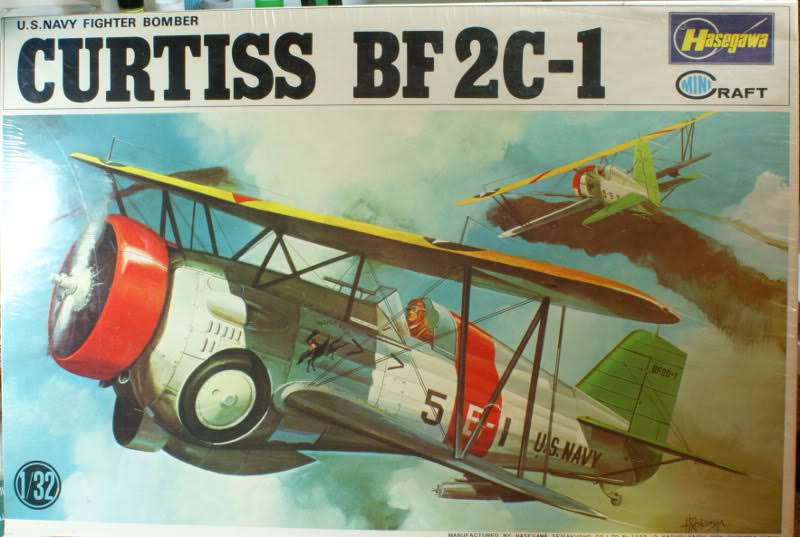 The Curtiss BF2C-1 was an advancement of the earlier F-11C Goshawk fighter designed for the U.S. Navy in 1932. It was strengthened for its dive bombing role and a retracting landing gear was added.

The first BF2C-1's were delivered to the Navy on October 7, 1934 and were assigned to the carrier U.S.S. Ranger (CV-4). The planes were flown by VB-2B (later changed to VB-5B) until 1937. However, by that time the aircraft had become weakened by the great stresses caused by dive bombing tactics and wing flutter became apparent.

In 1937, the service life of the BF2C-1 ended abruptly when a wing buckled and collapsed during routine maneuvers. The remaining planes were surveyed; many were sunk into San Diego Bay. However, export versions of the BF2C-1 Hawk served successfully in China and Thailand for several years.

Minicraft was the U.S. importer and distributor of Hasegawa and was based in Torrance, CA. Hasegawa is based in Japan.

The box art shows 2 BF2C-1's above the clouds. One of them seems to be chasing a dark trail of smoke through the clouds. A shot down enemy?

The BF2C-1 in the foreground has a gray spine over silver sides and bottom of the upper wing is chrome yellow. The rudder is green. It has a red cowling and fuselage band. The fuselage code is black 5 - white B - black 1. The B is over the red fuselage band.

There is a logo of a black night on a black horse throwing a bomb with a white 5 on his chest below 2 Greek words on the fuselage side just forward of the cockpit. It has a red chevron above the upper wings.

The BF2C-1 in the background is in the same colors, but with a red upper half of the cowling and fuselage code in black of 5-B-8 with no fuselage band.

One side panel of the box has 3 color box arts of other 1/32nd scale aircraft kits that Minicraft-Hasegawa marketed: a Fw-10, scale series 1, a Boeing P-12E, series 2 and this BF2D-1 kit.

The other side panel has a small color repeat of the box art and Minicraft's street address in Torrance, CA. Kit was packaged in USA.
​WHAT'S IN THE BOX:

The instructions consist of a booklet of 4 loose sheets, printed on both sides and held together at the top corner with one lonely staple to form 8 pages in 8 1/2" x 11" page format.

Page 1 begins with a black and white grainy photo of the model made up over the history and specification of the BF2C-1 and Minicraft's address again in Torrance, CA.

The bottom of page 7 has 2 black and white walk around photos of the model made up.

Page 8 is the painting and marking instructions with a 5-view of the box art scheme. (already described above).

Part trees are not alphabetized or illustrated in the instructions and have no part number tabs next to the parts on the trees. Bad move Minicraft-Hasegawa. This means a lot of careful searching of the trees to get the correct parts for each assembly step. 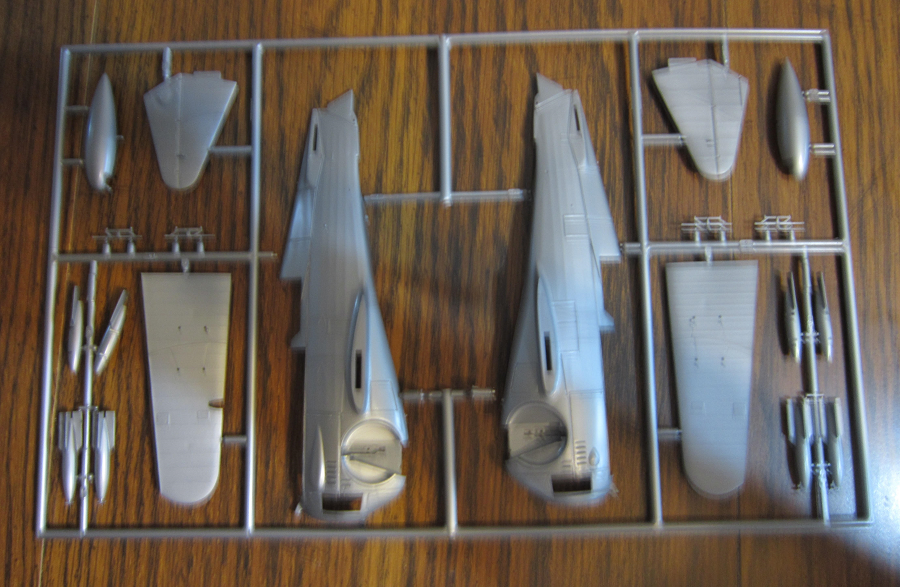 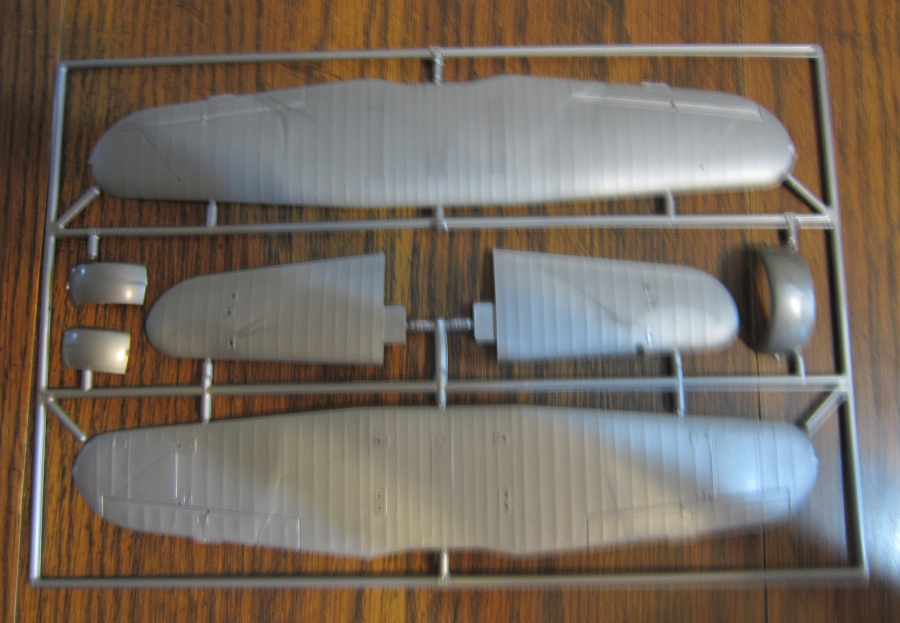 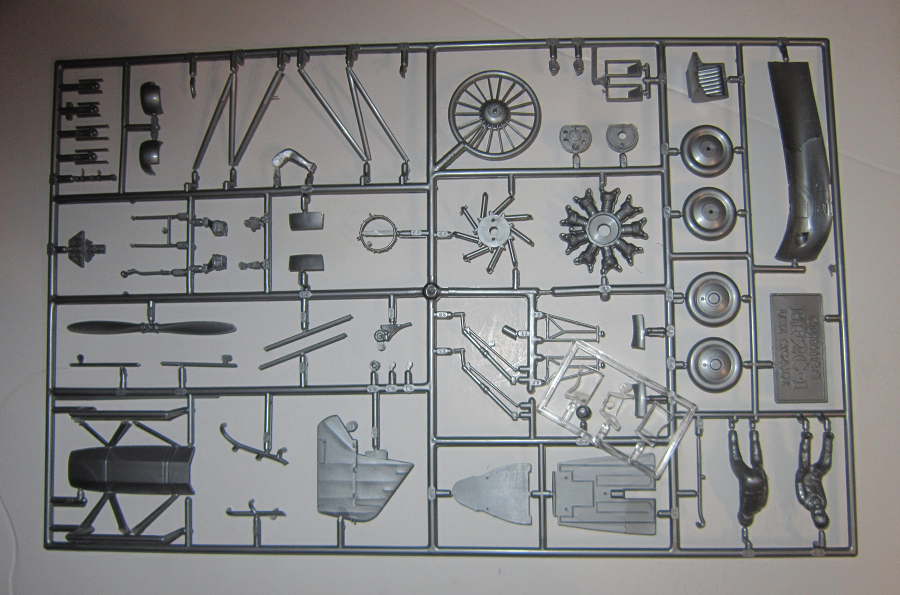 ​The large decal sheet completes the kits contents. It has additional upper wing chevrons in dark-blue, green, yellow and black and individual number 1 to 6.