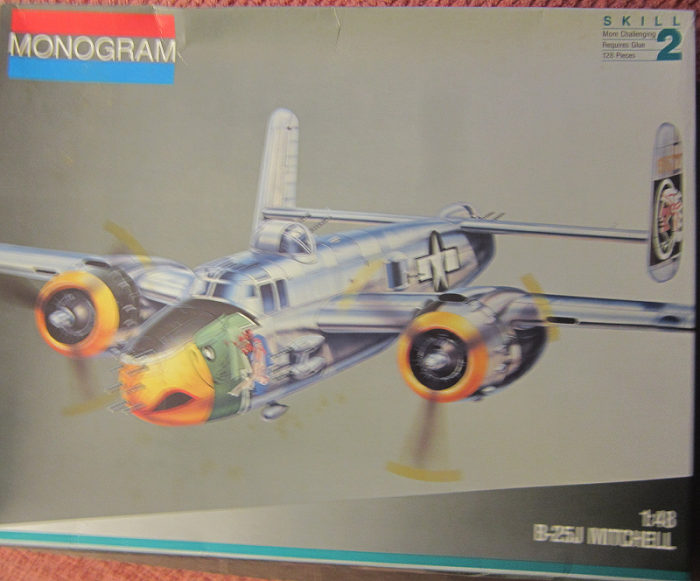 The rugged B-25 was one of the most famous two-engined bombers developed during WWII. It was produced in large quantities than any other American twin-engined combat aircraft.

Named in honor of Brigadier General William Mitchell, the B-25 distinguished itself in the European, Mediterranean, and Pacific theaters. The B-25 achieved world-wide fame in April of 1942, when sixteen B-25's under the command of Lt. Col. James Doolittle attacked Tokyo in a daring raid.

As with all combat aircraft, the B-25 underwent a series of evolutionary modifications during its production life that produced no less than nine distictive variants.

Manufactured in larger quantity than any other version, the B-25J was the most versatile variant of the aircraft. The medium bomber version was heavily armed with as many as eight 50 cal. machine guns. The B-25J carried a 4000-pound bomb load.

An attack version of the B-25J replaced the glazed nose area with a solid nose armed with five additional 50 cal. machine guns.

Total production of the B-25J amounted to 4,318 aircraft. Surprisingly, many B-25J's survived the demobilization that followed WWII, and have been preserved in flying condition to this day.
​THE KIT

This kit came in a large shrink-wrapped tray and lid type box. Parts trees fit the box tight in all 4 directions.

The box art shows a B-25J taking off from a runway. It is bare-metal with black panels inboard on the engine nacelles. It has a yellow cloud with a figure of a Mexican on it who is wielding a pistol in each hand and the name "PANCHITO". It has red, white and red horizontal bars on the rudder, above black serial no. 328147.
​WHAT'S IN THE BOX

This kit contains 4 silver trees in a sealed clear cello bag, a clear tree in another cello bag, the decal sheet and the instructions.

The instructions consists of a single-sheet that accordion-folds out into 8 pages in 7 1/2" x 11" page format.

Page 1 begins with the history of the B-25J in English, over READ BEFORE YOU BEGIN instructions, international assembly symbol explanations and a suggested paint color listing in 7 languages, including English.
Page 2 through 7 gives 20 assembly steps.

Page 8 is the marking and painting guide, showing two 3-views.

The first one is the box art scheme (already described above)

The second one has a olive drab spine, light blue sides and under carriage. It shows no markings other than the U.S. star and bars.

Trees are not alphabetized or illustrated in the instructions. They do, however, have part number tabs next tot he parts on them.

The first silver tree holds: a upper and lower wing half, engine nacelles, half of one rudder, half of the fuselage, bomb bay doors, boarding ladders etc. (11 parts) 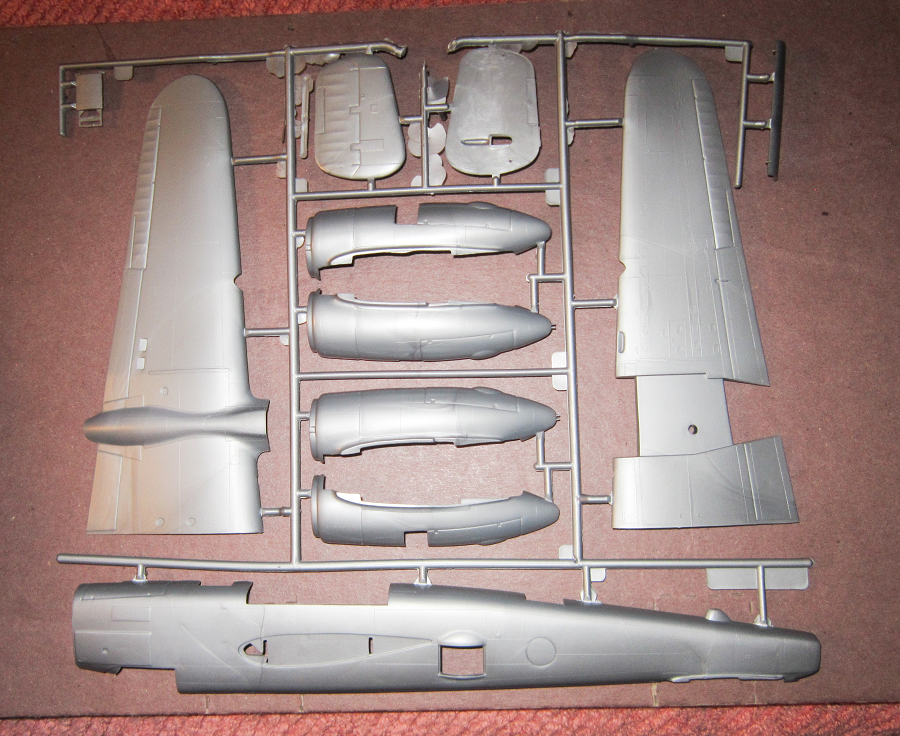 ​The second silver tree holds: the other fuselage half, other wing halves, other rudder halves, a belly panel (8 parts) 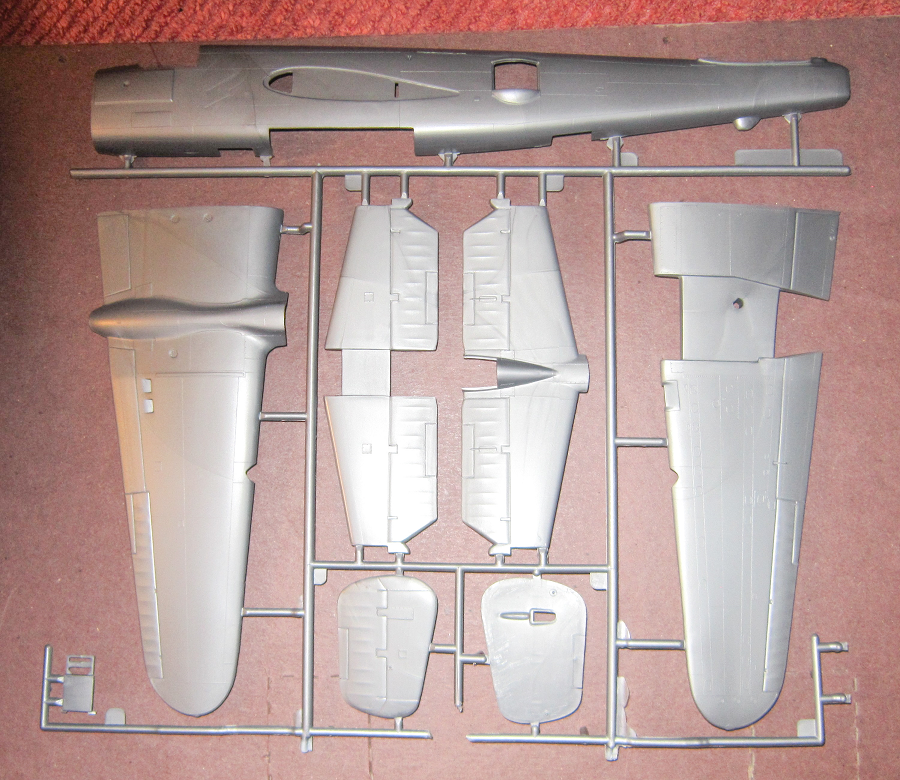 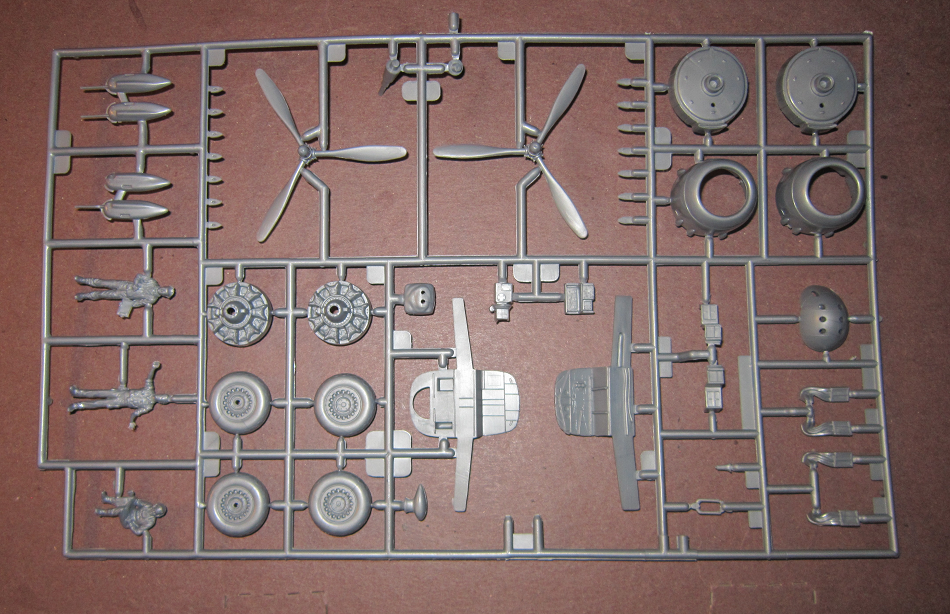 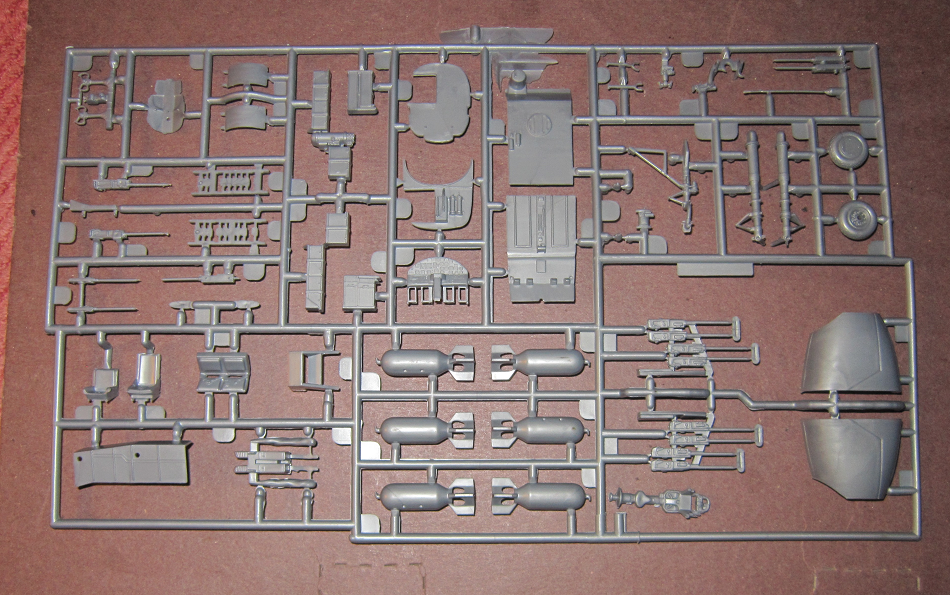 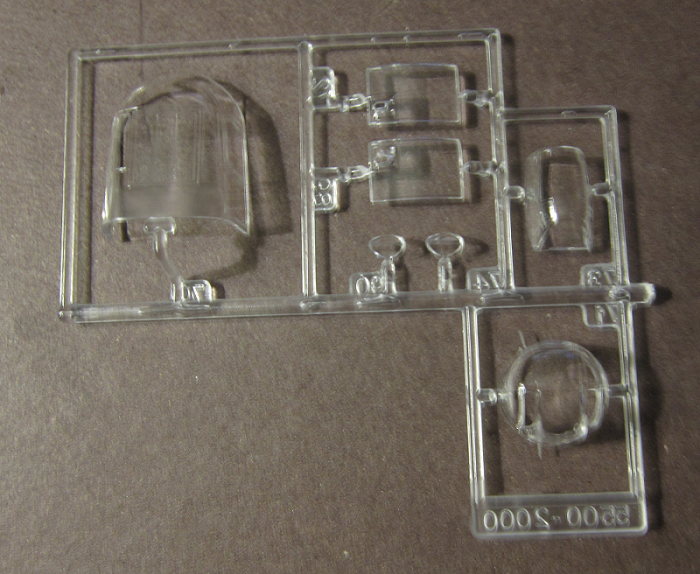 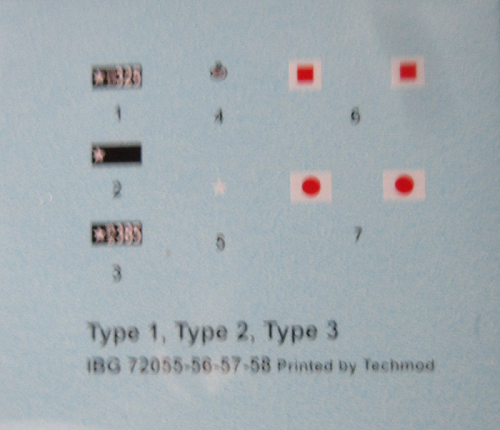 ​Detail is of the raised and engraved variety. Flaps are all molded solid.
​Highly recommended.