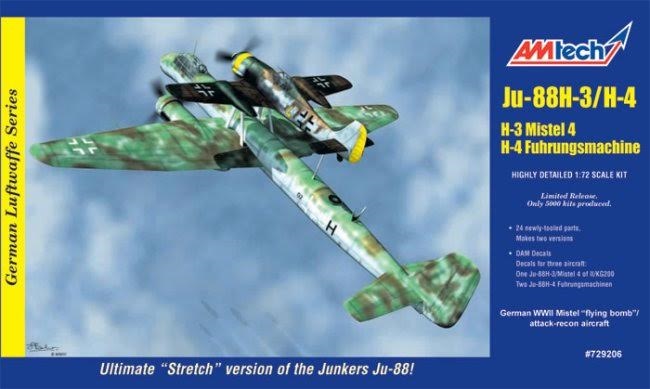 At the same time that Germany was frantically working to develop new and revolutionary aircraft designs, older designs were also being modified to get as much additional "stretch" as possible with a minimum amount of redesign and retooling. The most outstanding example of this process was undoubtedly the Ju-88 series of aircraft.

Beginning with the G-10 series, the 88 went through several fuselage stretches where additional fuselage sections containing fuel tanks were added. The "ultimate stretches" of the Ju-88 desighn were the H-3/H-4.

The larger tailplanes of the G-series were added in for additional directional stability and an additional support strut and wheel, designed to fall away after takeoff, was added to the underside to compensate for the extra fuel weight. The H-3/H-4 was powered by two 1,776 hp (2,240 hp with methanol injection) Jumo 213A-12 engines.

Designed for long-range operations against Allied convoys in the Atlantic, there are no known photos of either the H-3 or the H-4, although anecdotl reports exist of their construction and use apparently exist.

This is not surprising given the circumstances of the war. For instance, the H-1/H-2 both reportedly saw service with the Fliegerfuhrer Atlantik, but there is no none photos of the H-2, and less than a half-dozen of the H-1.

As wall typical at the end of the war, the H-3 and H-4 are reported to have been converted into Mistel aircraft.

This AMTECH kit provides the parts needed to build either a H-3 Mistel with the shape-charge warhead, or the H-4 Fuhrungsmachine.

AMTECH next planned to do the Ju-88G-10 series, but I do not know if they ever did or not
You have two sets of parts in this kit. The light gray parts are from the stock AMT/ERTL Ju 88 kit, whereas the dark gray parts are the new fuselage, bomb nose, radome, etc., unique to the Ju 88H-3 and/or Ju 88H-4.
​THE KIT:

This kit has a copyright date of 2003. AMTECH was a company based in Des Moines, IA at one time.They had their kit parts molded in Hong Kong and then packaged them here in the U.S. I think AMTECH went out of business. They only did a few products.

I have the ex-Ertl kit of the Hs-123 biplane that they added new cockpit etc. details to for the AMTECH release.

The box art shows a Ju-88H-4 Fuhrungsmachine with a Fw-190 on its back flying along against a cloudy sky. Its upper surface base color is RLM83 medium green with a RLM81 brown-violet mottle. The lower surfaces are RLM76 light blue, that is showing through the RLM83/81 in places. It has RLM70 black-green props and spinners, burnt metal exhausts and RLM02 grey landing gear.

It has skeletal white German crosses on the wings and fuselage sides. there is a small black G2 before the fuselage cross and a large black letter H behine the cross. There is no swastika on the rudder.

It is an aircraft in Germany 1945. No unit is mentioned in the instructions.

The Fw-190 mounted on the scaffolding on the Ju-88's back is in a splinter pattern of black green and dark green over light blue undersides. It has a red and yellow cowling and a yellow rudder. It carries a yellow fuselage number of 4 outlined in black. The Fw-190 is not shown in the painting and marking instructions in the kit. Sadly, because AMTECH did not include it in the kit. So, the box art is very miss-leading.

You will have to add a Fw-190 from your stash if you have one.

One side panel lists the kits features, contents, what additional materials are required,
specifications of the aircraft in English and French. Parts were made in Hong Kong, Korea and the U.S. Printing was done in the U.S.


The other side panel has a color photo of the model made up with the shape charge explosive nose and another photo of it with the glass nose. These photos are either side of a listing of suggested paint colors to use to complete the kit in the middle. Testor Model brand paints are listed.
​WHAT'S IN THE BOX:

Parts are in 5 sealed cello bags.

2 decal sheets and the instructions complete the kits contents.

There is no letter B tree. 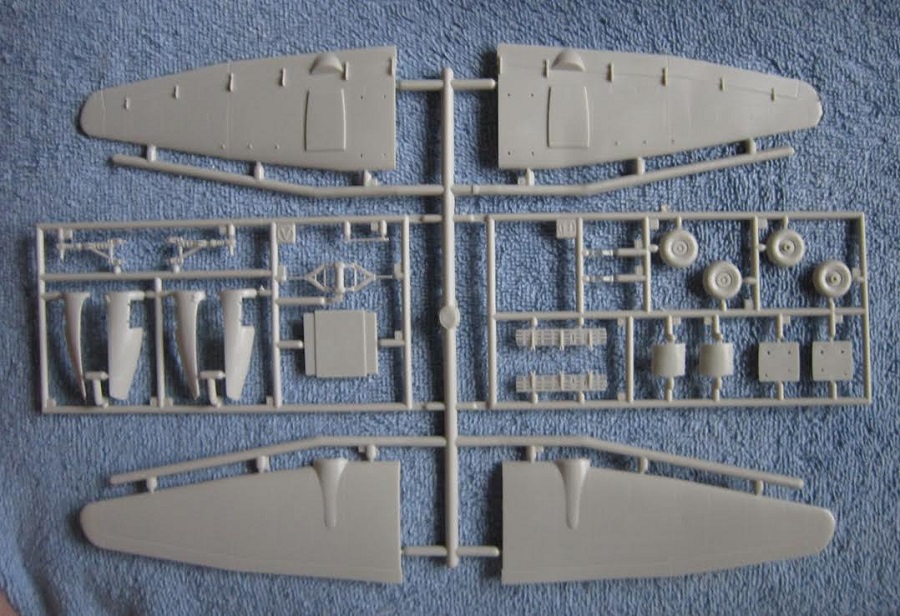 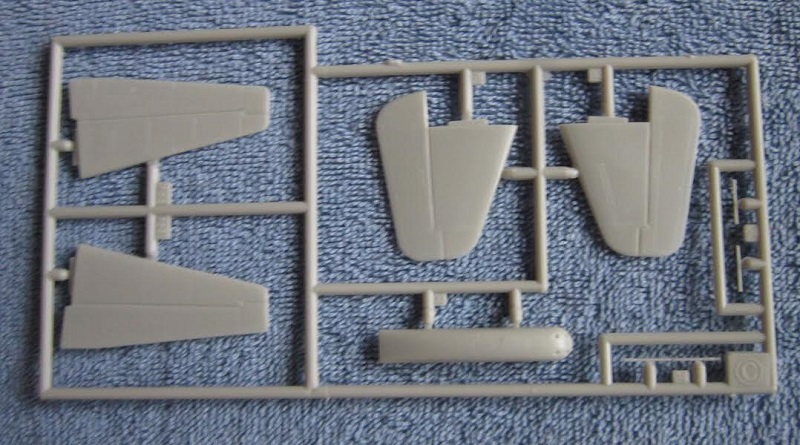 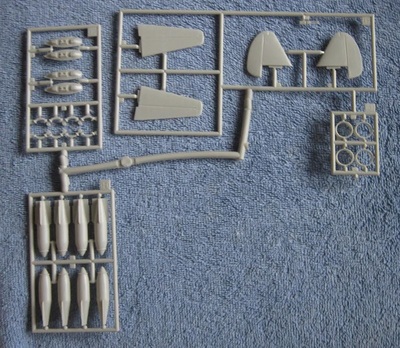 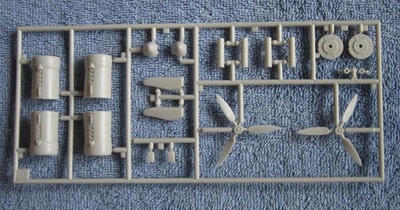 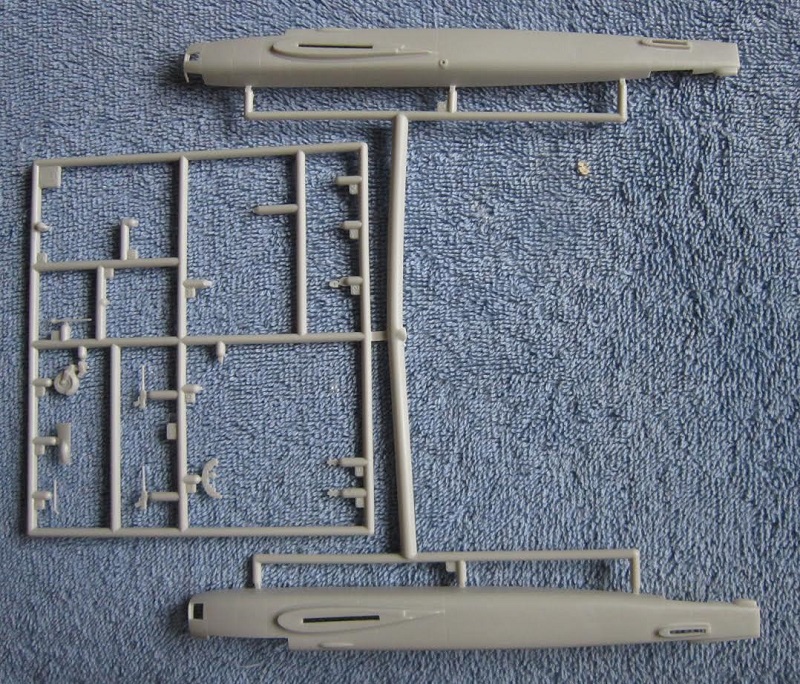 ​The dark grey AMTECH trees are not alphabetized.

The first one holds the fuselage halves. 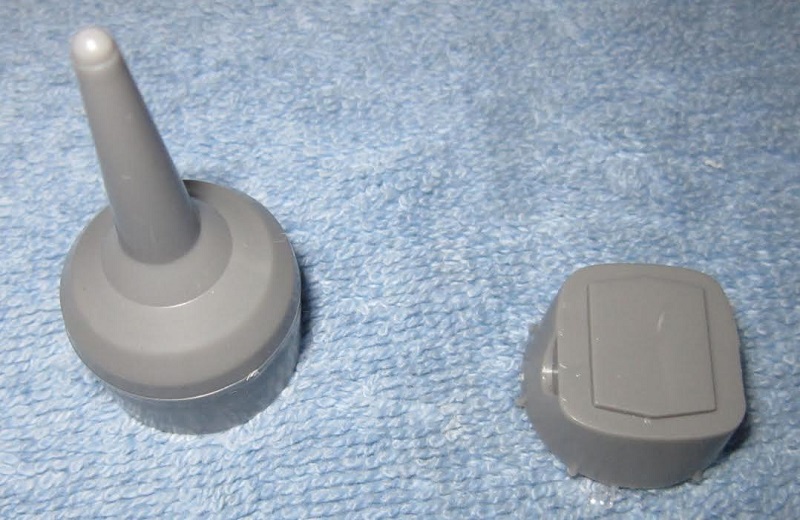 Struts for mounting the Fw-190 that is not included.

​The clear parts are ex-Ertl and there are 8 parts on that tree. 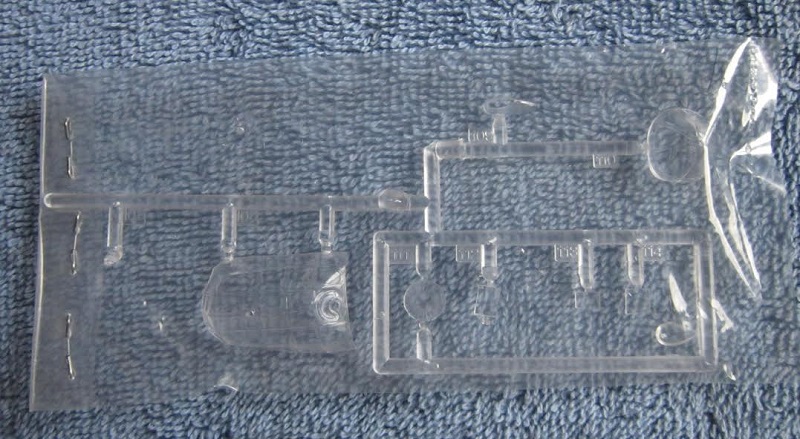 ​There are 2 decal sheets in the kit. One is designed for the AMTECH kit, but the other is a lot of different markings and is probably the original sheet for the Ju-88 of Ertl's. 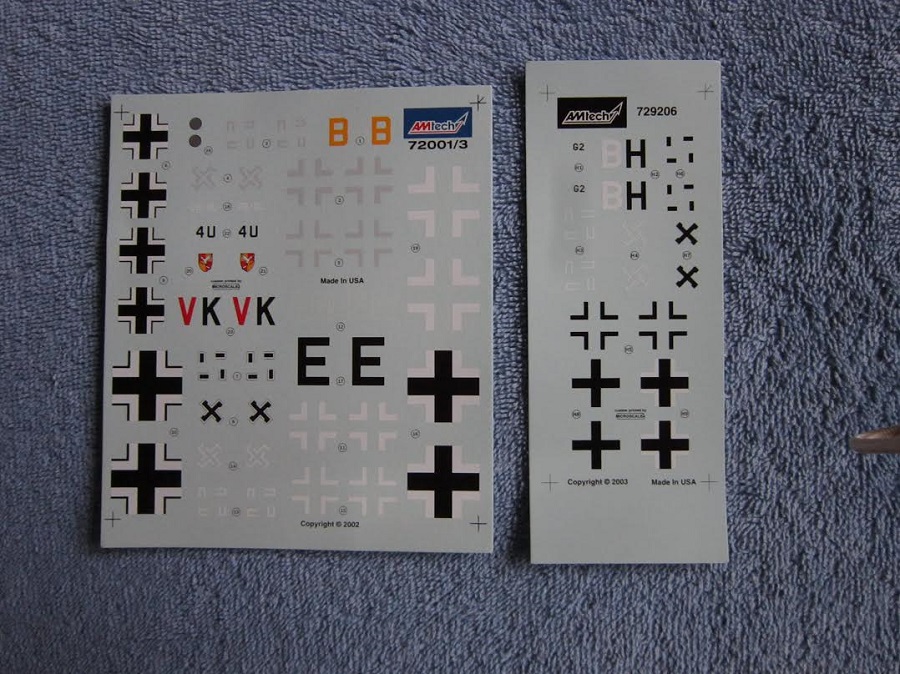 It consists of a staple-bound booklet of 12 pages in 8 1/2" x 11" page formPage 1 begins with a black and white repeat of the box art, followed by the history of the aircraft in English.

Page 2 through 7 gives a grand total of 15 assembly steps.

Page 9  has a 4-view of a Ju 88H-4 Fuhrungsmachine in a base of RLM 76light blue below a spine of RLM 81 brown-violet mottle over RLM 75 grey-violet. It has RLM 70 black-green props and spinners and is labeled as an aircraft in Germany, 1945. No unit is given.

At the bottom of the page is the copyright date of 2003 for this kit.

On page 12 there are 2 more black and white photos of Ju88G-10 Mistels made up. It says that the Fw 190 shown on the back of these will not be included. This kit was planned for future release by AMTECH and it says there will be parts to do 4 versions in the kit. The kit no. is 729204. I don't think any of these planned kits ever materialized ?? At least I don't remember ever seeing them anywhere.

This model will make a neat aircraft subject and an attention getter on the shelf.I bought my kit at my local hobby shop years ago. I recommend the kit with the only reservation that I am disappointed that the Fw-190 is not included.