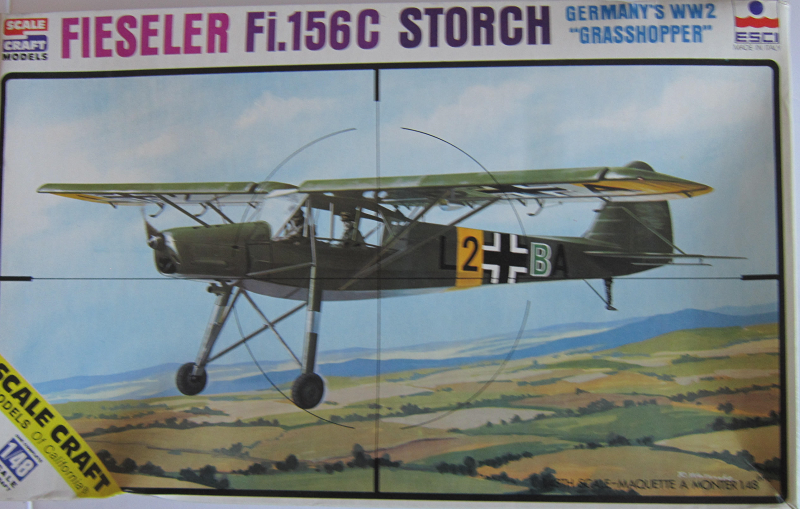 The Fieseler Fi 156 Storch (English: Stork) was a small German liaison aircraft built by Fieseler before and during World War II. Production continued in other countries into the 1950s for the private market. It remains famous for its excellent STOL performance; French-built later variants often appear at air shows.

This resulted in the Messerschmitt Bf 163 and Siebel Si 201 competing against the Fieseler firm's entry. Conceived by chief designer Reinhold Mewes and technical director Erich Bachem, Fieseler's design had a far better short take off and landing ("STOL") performance.

For the Fi 156, this setup along each wing panel's trailing edge was split nearly 50/50 between the inboard-located flaps and outboard-located ailerons, which, in turn, included trim tab devices over half of each aileron's trailing edge length.
A design feature rare for land-based aircraft enabled the wings on the Storch to be folded back along the fuselage in a manner similar to the wings of the U.S. Navy's Grumman F4F Wildcat fighter.

This allowed the aircraft to be carried on a trailer or even towed slowly behind a vehicle. The primary hinge for the folding wing was located in the wing root, where the rear wing spar met the cabin.

The long legs of the main landing gear contained oil-and-spring shock absorbers that had a travel of 40 cm (15-3/4 inches), allowing the aircraft to land on comparatively rough and uneven surfaces; this was combined with a "pre-travel" distance of 20 cm, before the oleos began damping the landing gear shock.

In flight, the main landing gear legs hung down, giving the aircraft the appearance of a long-legged, big-winged bird, hence its nickname, Storch. With its very low landing speed, the Storch often appeared to land vertically, or even backwards in strong winds from directly ahead.

Scale Craft Models was based in Northridge, CA and was the U.S. importer of Esci kits from Italy in the 60's.

The box art shows a Storch flying over the countryside. It has cross-hairs over it.
It is black-green (RLM 70) over light-blue undercarriage (RLM 65), with yellow wing tips under the wings, a yellow fuselage band, fuse code is black L2 + red B black 2 all repeated in black letters under each wing.

It is a Fi-156C-3 maintained for use by the Kuriestaffel Oberkommando der Luftwaffe (Courier Squadron of the Luftwaffe High Command) on the Russian Front, Autumn 1942. Apparently this Storch was based with Lehrgeshwader 2 - a Hs-123 unit, as it carried their L2 code.

​This is followed by details included in the kit:

​Kit is intended for modelers over the age of 10, cement and paint are not included.
WHAT'S IN THE BOX:

This kit contains 2 light-tan trees, a clear tree and decal sheet all in a clear sealed cello bag. The instructions complete the kits contents.

Parts are not alphabetized or illustrated in the instructions. They do have part number tabs next to the parts on them.

Page 1 of the instructions begins with a grainy black and white wartime photo of an actual Storch, sitting on a grassy field with 2 crewmen around it. It's fuselage is a light shade (color unknown), the fuselage code is D-E + MAW. The swastika on the tail is in a white circle and on a red horizontal band.

Below this is the history of the Storch in Spanish and English.

Page 2 continues the history in 3 more languages, including English, with another small grainy wartime photo of a crewman looking into the cockpit door of a dark colored Storch.

Page 3 through 6 give a total of 7 assembly steps.

It was with Swedish Flygrapnet. One of approximately 10 Storch's (Swedish name S14 "Storker") acquired toward the end of WWII via escape from Germany. Initially allotted to Spaningrupp (Recon. Group-Flotill 3 at Maimslatt. As many as 16 were still in service in 1960. 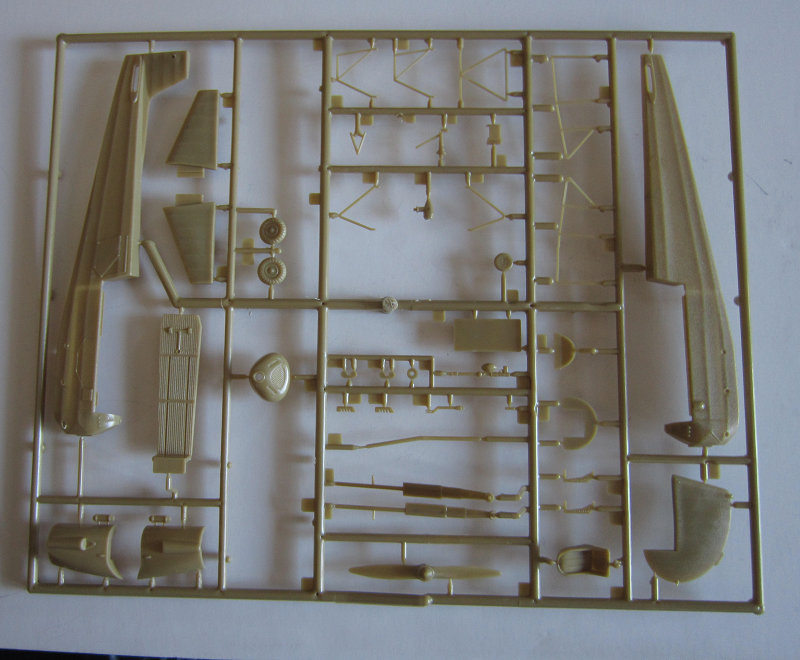 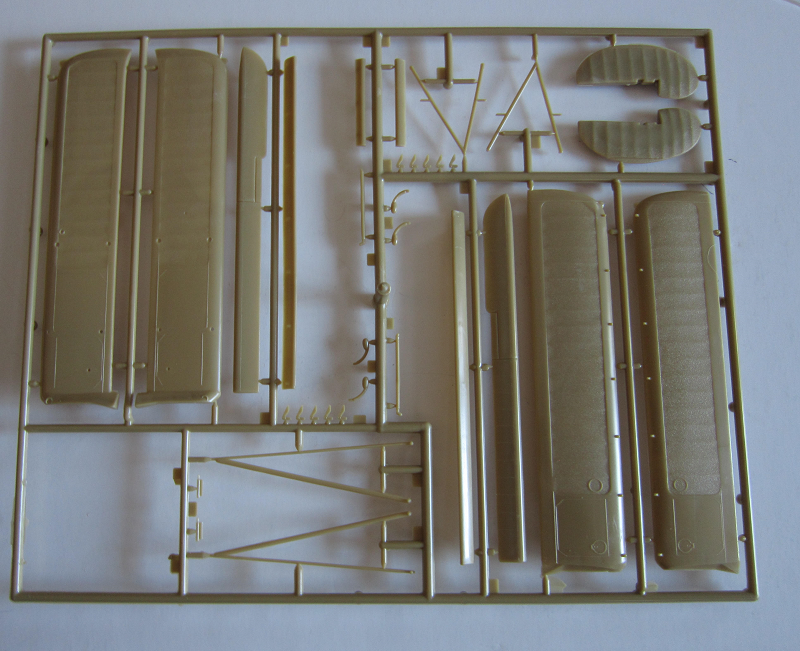 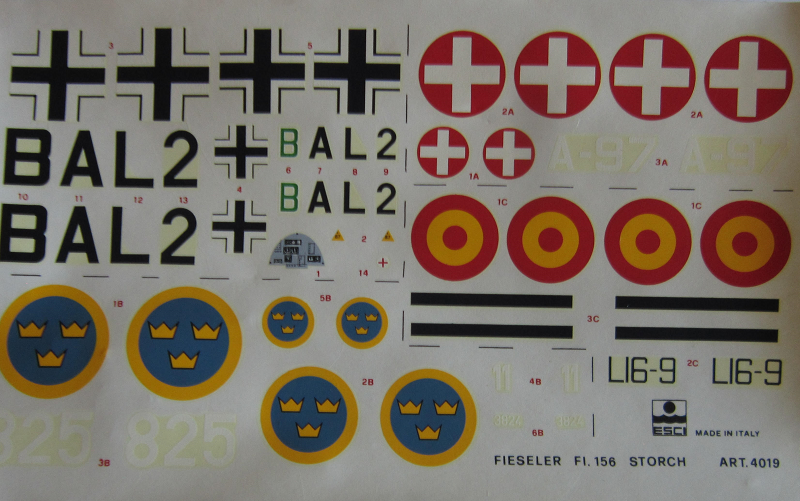 There is no pilot figure included and no swastikas on the decal sheet.
​Nice raised rib pattern. Highly recommended.