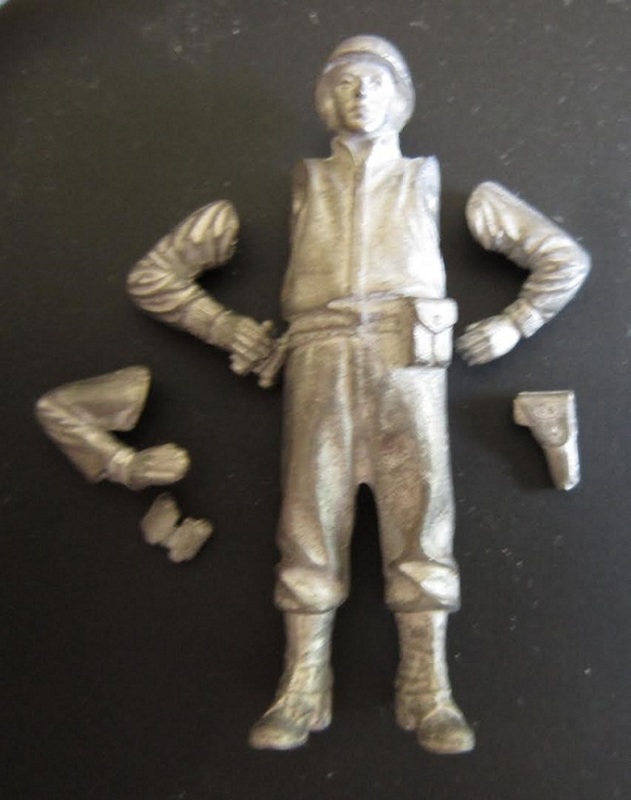 Out of production
​Verlinden is located in San Jose, CA and has a web site.

Historically VLS markets tan resin diorama and accessory sets. However, they also do a handful of white metal ones too. This particular figure is in white metal. All their sets are short runs and disappear off the market after a short time when all are sold off.

This white metal standing figure is in 6 parts. He has a seperate full body, arms (1 left and 2 right ones) One of the right arms has the binoculars molded to it. The other right arm is bare handed and the binoculars is a seperate piece. He is wearing a steel helmet, coveralls bloused into putees, a pistol holster and pouch on his belt.

Detail is quite good. He is seamless and just needs to be assembled with superglue and painted. 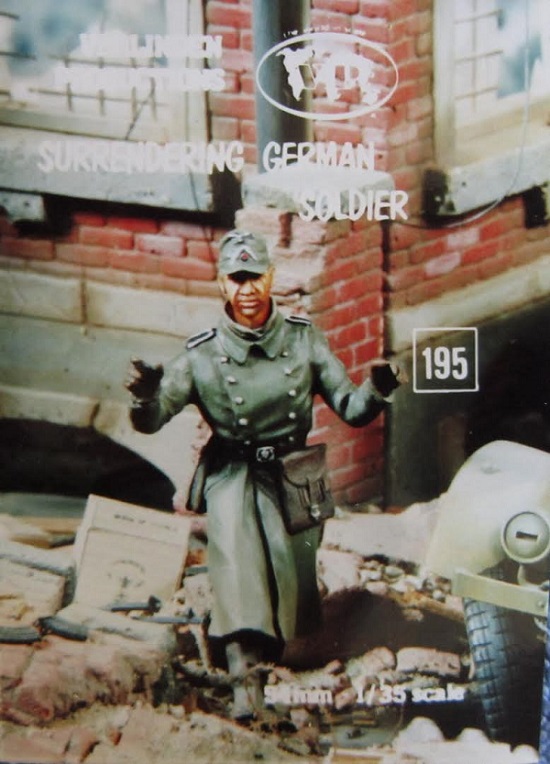 Out of production
​Verlinden is located in San Jose, CA and has a web site.


VLS resins sets are short run products, made with rubber molds rather than steel ones that are used to mold plastic parts. These molds have a short life and wear out after a few thousand shots.

Figures molded this way by VLS are seamless, but have pour lugs that have to be removed, as you can readily see here. Also, the parts should be washed with soap and water to remove any mold release from them. Which at times runs heavy. The pour lugs are best removed with a razor saw and the attachment point then sanded smooth.

He was packaged with a color photo on a card of him made up. I suppose you could call that a box art? However, I haven't a clue if he was marketed originally in a box.

This tan resin set consists of 8 parts. The soldier is divided into seperate head with a soft field cap, body, jack boots and arms. He is wearing a long fied coat. He has 2 pouches on him and no weapon. 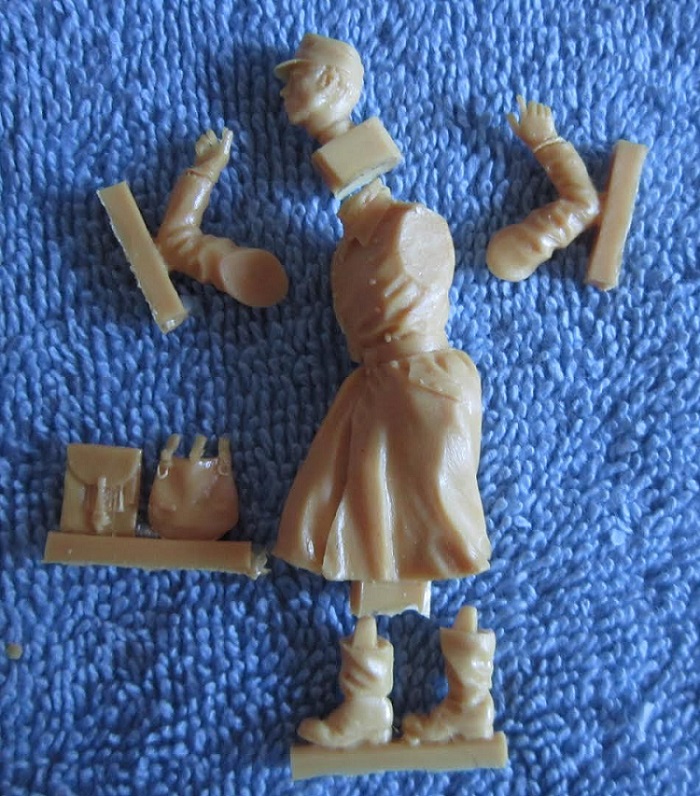 ​A really different pose for a figure. It inspires all kinds of diorama ideas to put him into.

I was willed both of these figures and a lot of other VLS sets by a deceased fellow modeler who died of cancer years ago.

I am willing to sell him and the previous figure for good price + postage.