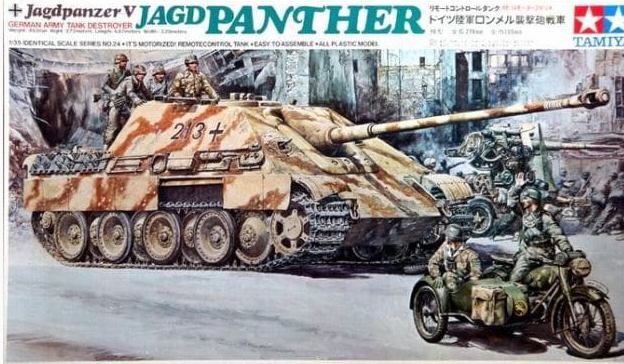 The Jagdpanzer IV, Sd.Kfz. 162, was a German tank destroyer based on the Panzer IV chassis and built in three main variants. As one of the casemate-style turretless Jagdpanzer (tank destroyer, literally "hunting tank") designs, it was developed against the wishes of Heinz Guderian, the inspector general of the Panzertruppen, as a replacement for the Sturmgeschütz III (StuG III).

Guderian objected against the needless, in his eyes, diversion of resources from Panzer IV tank production, as the Sturmgeschütz III was still more than adequate for its role.

Tamiya is an old prolific model company based in Shizuoka City, Japan.
They manufacture all manner of model subjects in the popular scales.

The box art shows a Jagdpanther V moving down a city street past a crew moving a 88mm howitzer. There is a motorcycle with sidecar in front of it.

Driven by a field-policeman with passenger in the side car.

The Jagdpanther V is in a base of sand yellow with a red brown wave pattern. It has a red no 213 followed by the German cross on its sides.

There are 3 German infantryman standing on the rear deck and the tank commander is looking out of the upper hatch. He wears a camouflaged uniform with a soft cap and has a pair of earphones on his head.

One side panel has a small color illustration of the Jagdpanther V head on, followed by the history of the tank and a color 4 view of the tank in earth yellow with no markings shown.

​The other side panel has 6 color box arts of other 1/35th scale armor kits that Tamiya manufactures.

These are all shown in scenery backgrounds and not Tamiya's usual signature all white that they use for the majority of their box arts.

No kit numbers are provided for these 6 kits.

Tamiya's address in Shizuoka City, Japan is given and the kit was made in Japan.

The kit contains 3 sand colored trees, tan poly-caps, black vinyl treads and a dark green tree in 2 stapled-shut clear cello bags and the decal sheet. Loose tan parts are the hull tub and roof and parts of the remote control box.
Inside a vacuum-packed package is the motorization hardware and a tube of glue.

There is a color kit catalog included.
​The instructions consists of a single-sheet that accordion-folds out into 8 pages in 7 1/2" x 10 1/4" page format.

Page 1 has the history and specifications of the Jagdpanther V along with 9 black and white walk-around type photos of a Jagdpanther V in a museum.

Page 2 has a part name listing and the part trees illustrations.

Page 3 through 6 give a grand total of 21 assembly steps.

There are 3 more black and white photos of the Jagdpanther V at museums.

Page 7 is the painting and marking guide. It has another  black and white photo of an actual Jagdpanther V at an outdoor display at the Aberdeen Tank Museum in Maryland.

There is a 4-view of the box art scheme, but not showing the dark green wave pattern.

Page 8 is a kit catalog showing black and white box arts of 19 other armor kits that Tamiya makes. 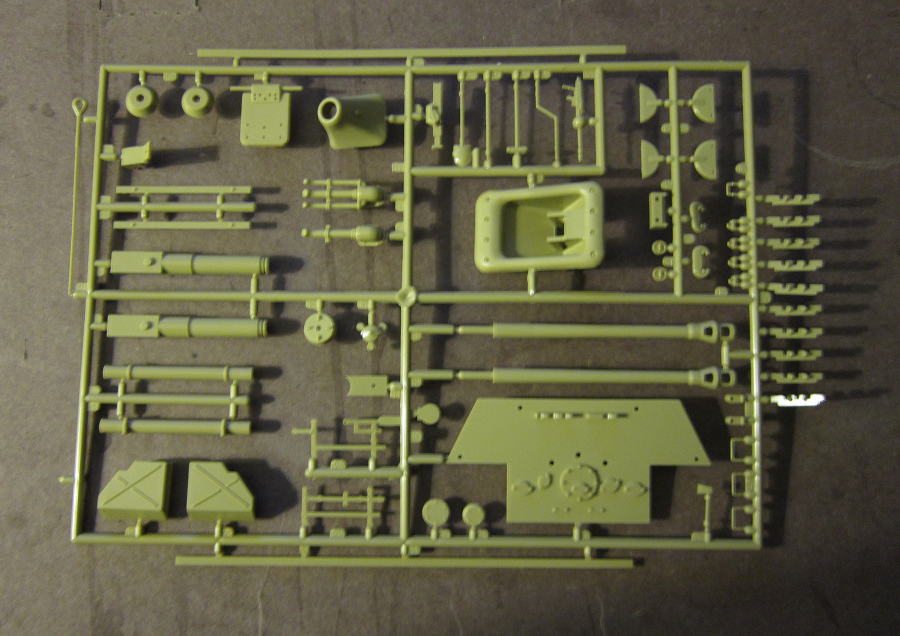 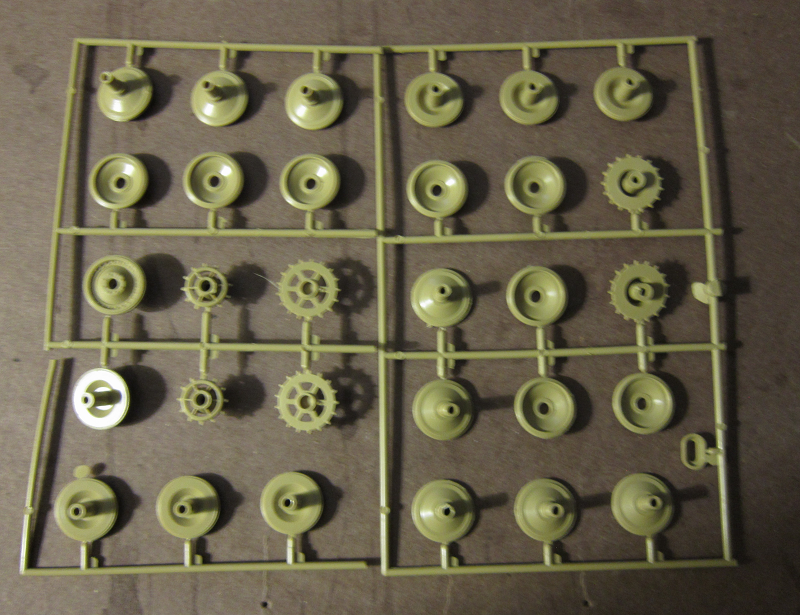 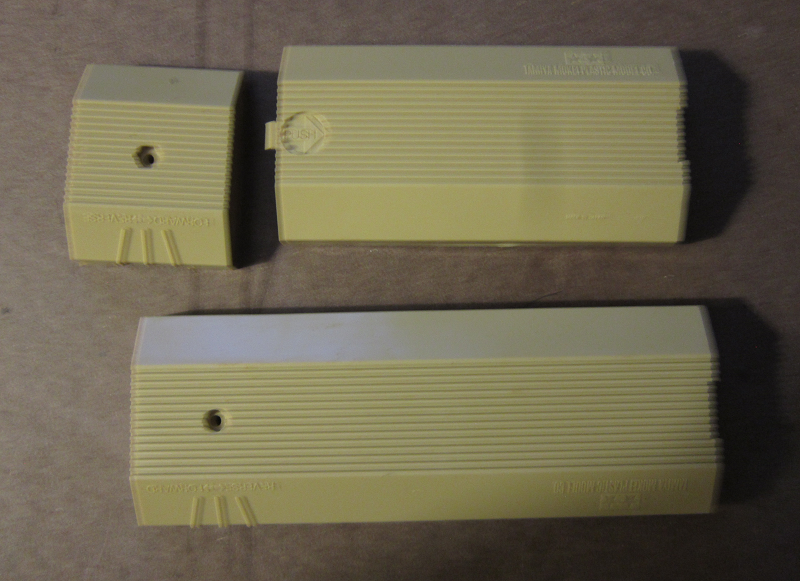 ​The tan tree of poly-caps is next. It holds 20 parts. 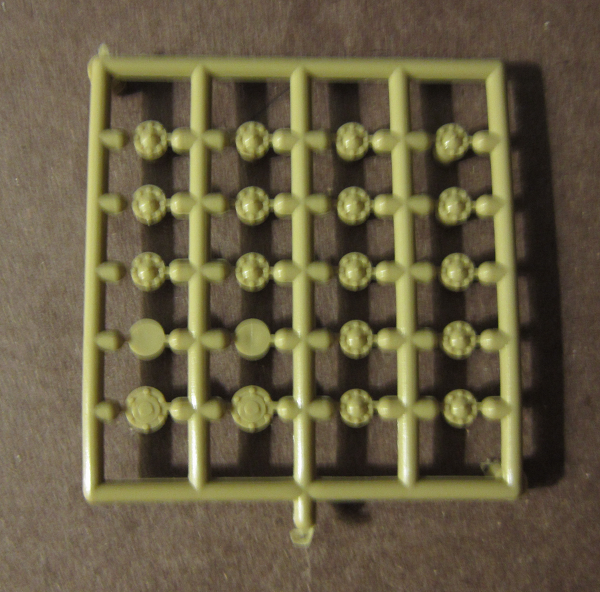 ​The dark green tree holds the command figure. He is full bodied with separate arms (3 parts) 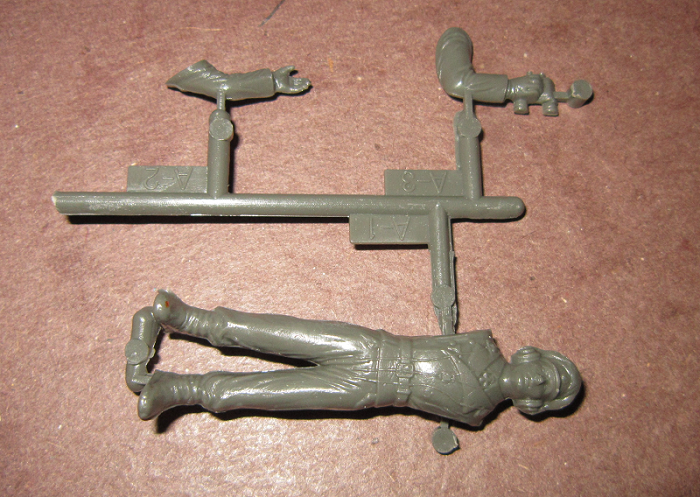 ​The motorization hardware and two electric motors, the decal sheet and the color kit catalog complete the kit's contents. 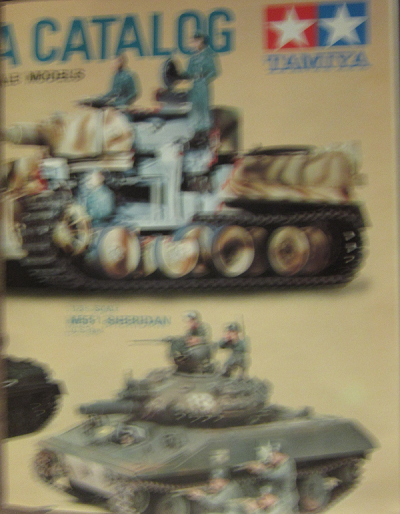 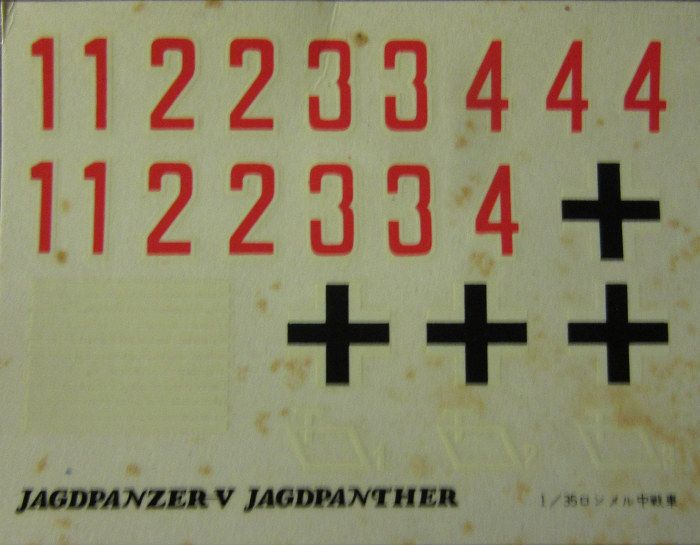 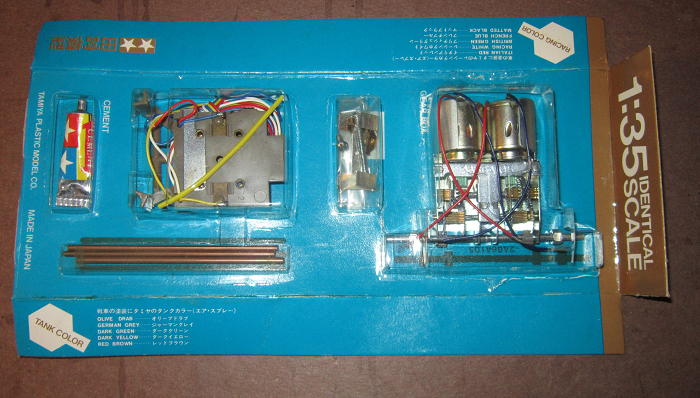