Many ST types are still flying and the airplane, because of its sporty appearance, remains one of the all-time favorites of classic airplane design.
THE KIT:

Hawk was located in Chicago, IL in the 60's, when this kit was released. I believe they went out of business. However, some of their molds went to other companies after their demise.

This kit came in a shrink-wrapped blousey tray and lid type box. The box is a whopping 4" too long.

The box art shows a ST/PT-20 flying over the ocean,

It has a silver fuselage and pontoons, bright yellow wings, rudder front section and elevators. It's nose is white. It has a vertical blue bar on the rudder flap that is followed by alternating red and white stripes. It has a black fuselage no. 65. It has U.S. insignia that is the early type, that are blue circles with white stars with red centers on them.

One corner of the box art has a small color photo of the model made up in this scheme.

The box art say "Trim, sleek, and sporty as a civilian aircraft, the ST became one of America's finest military trainers, the PT-20".

One side panel begins with the copyright of the kit as 1965, followed by 4 color walk-around type illustrations of the aircraft, showing the detailed cowling and propeller, the pontoons for seaplane modification and the open cockpit and two crew figures.

​The other side panel begins with saying that Hawk is located in Chicago, IL and they are THE MOST TRUSTED NAME IN MODELING. Followed by 3 color box arts of other aircraft kits that Hawk manufactured at the time: a F9F-3KD jet drone, a F-104 Star-fighter and a TV-2 jet fighter.

No kit numbers or scales are given for these 3.

This kit contains 4 bright silver trees, a loose bright silver ocean base plate and wings, clear windshields, the decal sheet and the instructions.

All parts are loose and not cello bagged. However, a few parts had broke off the trees and I put them and the tiny clear windshields in a zip-locked clear cello bag for safe keeping.

The instructions consists of a single-sheet that is folded in the center to create 4 pages in 9" x 12 1/2" page format.

Page 1 begins with a short history of the aircraft, with 7 black and white photos of the real aircraft in various markings. One is the floatplane version and the other 6 are wheeled version.

The float-plane one shown is the Mexican A.F. one that is the second option on the decal sheet.

The first 6 assemblies are for the plane itself.

Steps 7 & 8 are assemblies for the wheeled version.

Steps 9 & 10 are for the pontoons assemblies.

Step 11 is mounting the seaplane version onto the water base plate.

Page 4 is the painting and marking guide. It shows 4 black and white walk-around type photos of the model made up as the U.S. Army version on wheels.

It is in the box art scheme that shows it on pontoons. It further shows large black lettering under its wings that says U.S. ARMY and black wing walks inboard on the tops of the wings.

Below the U.S. Army one there is 4 more black and white walk-around type photos of the model made up on the pontoons and in Mexican Army markings. It is in the same silver fuselage with bright yellow wings, rudder and elevators. It has a black fuselage number S11 behind the Mexican A.F. markings of a white triangle outlined in red with a smaller triangle in the center. It has the black wing walks too.

Trees are not alphabetized or illustrated in the instructions. They do, however, have some part number tabs next to a few, but not all, of the parts on the trees.
The first bright silver tree holds: the fuselage, wheel spats and cowling half (7 parts)

​The loose bright silver wings are next (1 part)

​Finally, is the bright silver base. It is molded to look like the ocean with recesses to place the pontoons into. Neat! 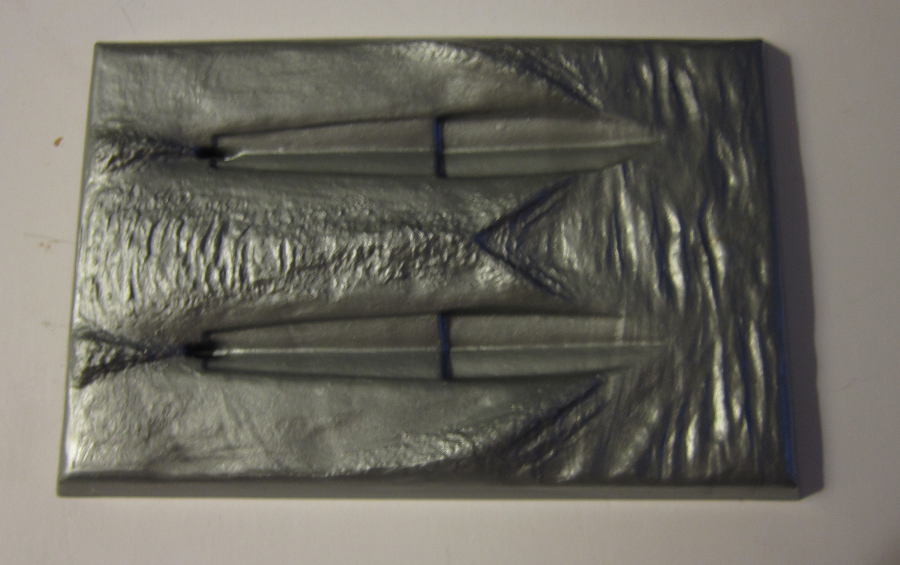 ​Bright silver parts that broke off the trees are: the 2-bladed propeller, crew figures, other cowing half and fire-wall. 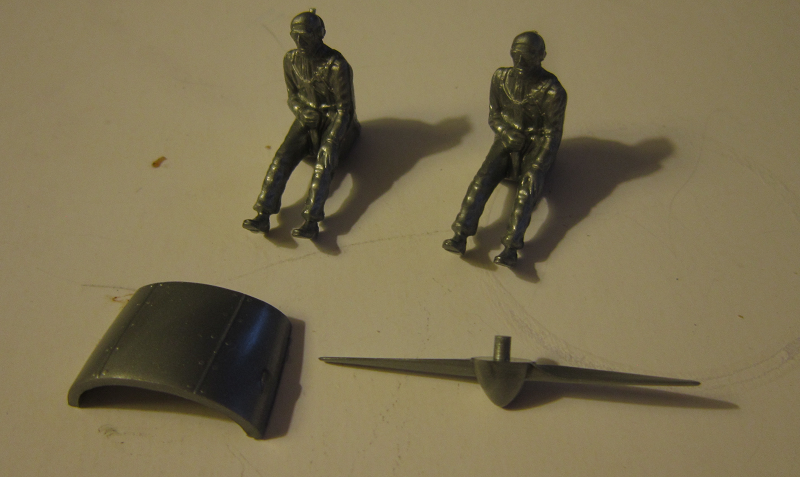 ​There are 3 little clear windshields. One is an extra for sure.

As said earlier, I have put all the broke off parts and the windshields in a zip locked bag for safe keeping. Especially the windshields that are real tiny and could get easily lost. 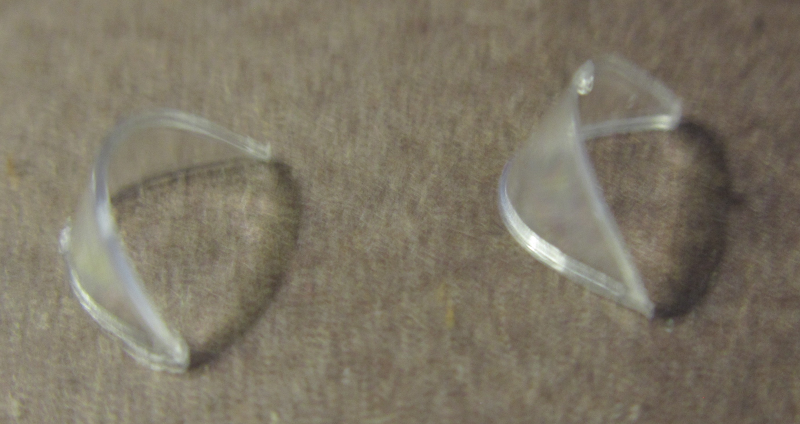 ​Detail is the raised type. Flaps are all molded solid.

Nicely detailed kit for being for being nearly 50 years old. However modelers may want to detail out the cockpits better with a dashboard, seats and seat belts.